Many people feel that water ditchings at sea typically don’t go well, but Air Niugini Flight 73 shows this isn’t always the case. Even when the ditching itself is… well, a bit strange.

It only happened two and a half years ago. Unlike the Miracle on the Hudson or Garuda Flight 421, this one was at sea, where ditchings are more difficult. And yet we hardly discuss this event. We certainly don’t celebrate it as any sort of success. There was one fatality in the aftermath of Air Niugini Flight 73, but this isn’t the reason, either.

The reason you probably haven’t heard of Air Niugini Flight 73, is because it was essentially a grave mistake. We have seen Control Flights Into Terrain (CFIT) where there were multiple factors at play. But in this case, investigators agree that this was a case of an underperforming crew. However, it is a note-worthy event, because the aircraft stopped on the water intact. Even when the pilots had no idea that they were ditching. 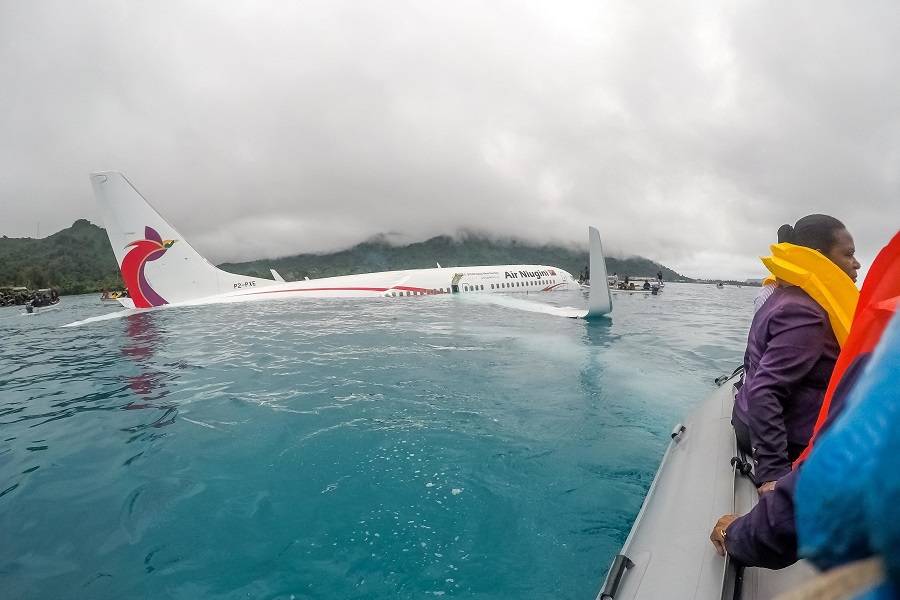 The aircraft was a 13 year-old Boeing 737-800. It was performing a domestic Air Niugini flight in Micronesia, departing from Pohnpei Airport. Its destination was Chuuk/Weno International Airport. The Captain, who was pilot-flying, had nearly 20,000 hours, of which 2,276 were on the 737. The First Officer had 4,618 hours, of which 368 on type. An Air Niugini engineer was in the jump-seat, recording the approach on his iPhone. That recording became part of the investigation.

How It Happened, And The Aftermath

During their descent for runway 04, the Air Niugini crew were aware that they were too high. This seems to have affected their subsequent actions. The crew became fixated with completing the landing, ignoring seventeen warnings (13 after minimums) from the aircraft. They also didn’t perform a go-around, despite multiple conditions that should have made them do so.

An inadequate briefing (against Air Niugini’s standard operating procedures) was also a factor. The First Officer was the first to exclaim that the Air Niugini flight was too low, but it was too late. The 737 hit the water 460 metres (1,500 ft) short of the threshold of runway 04. And this is where this story gets interesting. 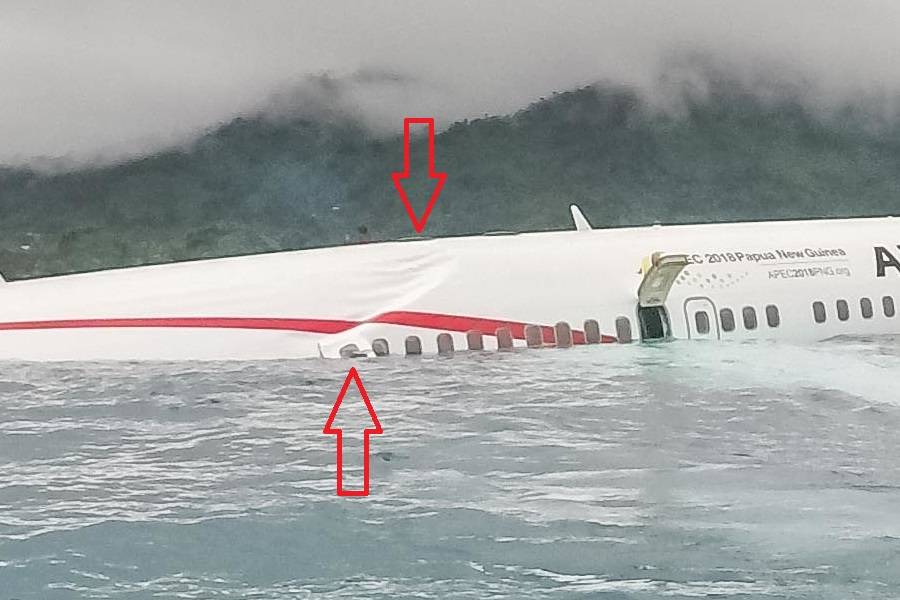 The creases of the buckled but still intact fuselage

The aircraft skimmed across the water several times. The Air Niugini crew obviously had not intended to do a ditching. So the landing gear was down, which is not ideal for a water landing. Even so, when the aircraft finally settled in the water, it was in one piece. It eventually drifted about 140 metres (460 ft) away from the runway threshold.

All 35 passengers and 12 crew on board, initially survived the crash. It was fortunate that a team of US Navy divers were already on-site and in the water. Along with multiple other boaters, the divers immediately got to the aircraft and started rescuing the Air Niugini passengers. Unfortunately, one passenger subsequently got stuck in the aircraft and drowned. Six more passengers had to receive treatment for serious injuries.

The Significance Of Air Niugini Flight 73

What makes this unfortunate event so remarkable, is how the aircraft fared in the water landing. Air Niugini was obviously not an intentional ditching. Ditchings are difficult at the best of times, especially at sea. For many people, especially those scared of flying, Ethiopian Airlines Flight 961 is the first thing that comes to mind when ditchings at sea are concerned. 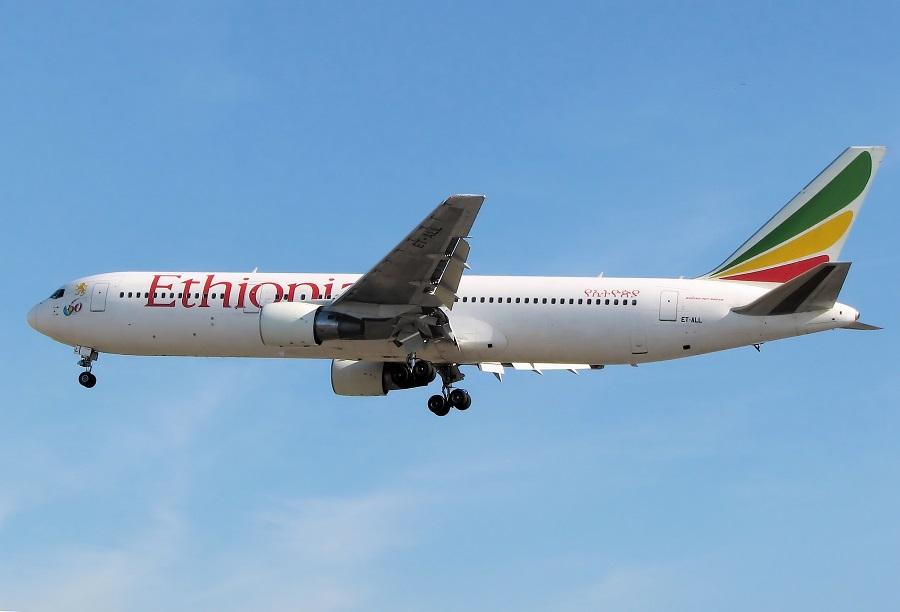 The Ethiopian Boeing 767 hit the water with a 10-degree left bank, in very exceptional circumstances. The pilot was reportedly trying to align the aircraft with the waves. He also had to fight with hijackers at the same time, so it would be quite inappropriate to fault the man. The point is, this was NOT a typical water ditching. But it got caught on video, for posterity. So it is now the “de-facto” sea ditching of an aircraft.

This is why the Air Niugini Flight 73 water landing is so important. Here we have a plane that enters the water with no forethought at all. And somehow, it stays in one piece. The fuselage buckled in one of several contacts with the water, as the aircraft skipped on the surface.

Air Niugini Flight 73, as well as the Miracle on the Hudson and the Garuda Indonesia ditchings, should loom larger in our minds. It is worth remembering them, if only to reassure any friends of ours, that are nervous fliers.