Aerion AS2 – A Supersonic Business Jet In The Making

Aerion are continuing work to bring to market the AS2, their promising supersonic aircraft. It’s a task full of challenges. But they have some interesting approaches, to meet them!

It’s impossible to mention supersonic travel, without referring to the Concorde. It was a design literally ahead of its time, and obviously deserves its own article. Aerion’s AS2 will be a very different aircraft. With newer technologies, design knowledge and tools, Aerion believes that their business jet will overcome some of the Concorde’s limitations.

The most obvious limit is noise. Supersonic aircraft operations, whether it was the civilian Concorde or any military jet, comes with noise. There are two phases of flight that generate a lot of noise. Aerion will need to address both of them, to make its AS2 successful. Firstly, is the amount of noise generated at take-off. 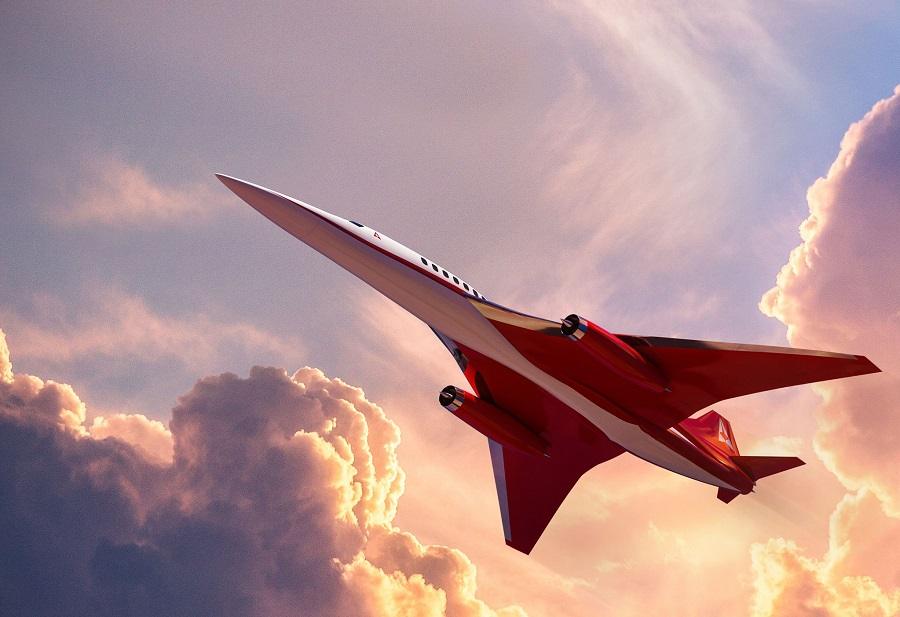 You couldn’t be within several kilometres (or miles) from any airport the Concorde took off from, and claim that you didn’t notice it taking off. The plane’s departure was an experience both for eyes and ears. But Aerion believes its AS2 will have noise levels similar to current airliners, when taking off. Its three engines will not feature afterburners, which were the source of much of the noise in Concorde’s departure. More on these engines later.

But the main limitation of the Concorde was the noise it generated in cruise. In the end, only crews on board ships heard its sonic boom, because the plane couldn’t fly supersonically over land. And Aerion has some ideas about how to get the AS2 to deal with that. Early on, efforts to deal with sonic booms concentrated on aircraft shape. The idea was to make the sonic boom less prominent.

The Aerion AS2 will follow another approach. While its shape also has many of those qualities, its secret lies elsewhere. The AS2 will benefit from some very clever NASA research. This has to do with the way high-altitude sonic booms react, when they reach thicker air, lower down. In essence, with low enough (but still supersonic) speeds, and the right atmospheric conditions, flight can be ‘boom-less’. 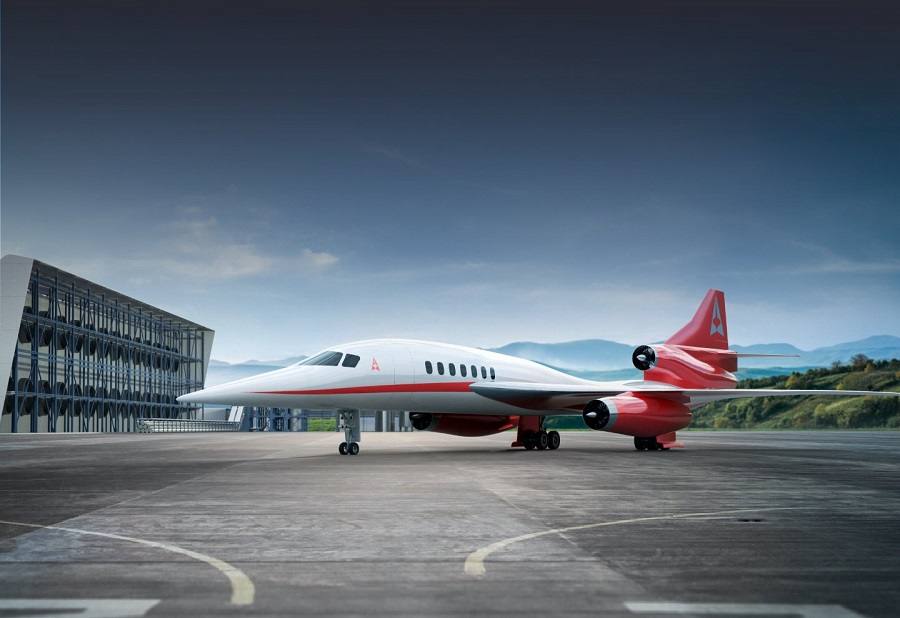 The cruise speed of the Aerion AS2, when it is not over people, will be Mach 1.4. This is lower than the Concorde’s (M2.05), but still fast enough to eclipse any private or commercial jet out there. But when it is over people, the aircraft will fly between Mach 1.0 and Mach 1.2. At these speeds, the sonic boom will hit thicker layers of the atmosphere, refract and dissipate, before hitting the ground.

This phenomenon is called ‘Mach Cut-Off’. NASA is actually working on an experimental plane called the X-59, to study it more closely. However, if the Aerion AS2 is going to take advantage of this, it needs to be efficient at different speeds. And in some atmospheric conditions (or countries), the plane will have to fly subsonically, at Mach 0.95. This increases the range in speed, in which the plane needs to stay efficient.

And the above, brings us back to the Aerion AS2’s engines. The maker of the engine will be General Electric. Along with Safran, GE is one of the companies that make CFM International, the maker of the CFM56. This engine powers literally thousands of Boeing 737s and Airbus A320s, among other less-known jets. And the CFM56 is relevant here, because the AS2’s engine is a close relative. 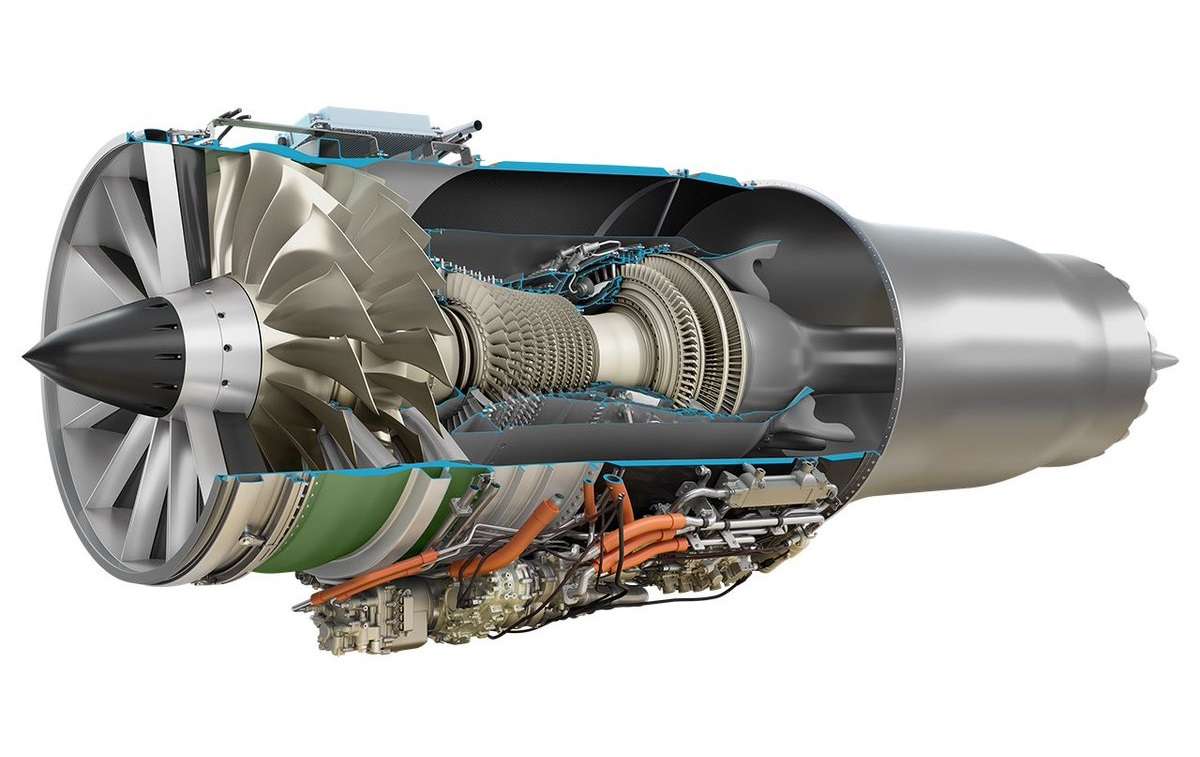 General Electric calls its design for the Aerion AS2, the ‘Affinity’ engine. It uses a core from late versions of the CFM56, with a lower bypass ratio, suitable for supersonic travel. Interestingly, it has two front fans, one behind the other. In terms of thrust, the smaller fan and lower bypass ratio means that it is less powerful than a late-version CFM56. However, it’s not far behind earlier generations of it (in thrust), which is impressive, given its smaller size.

The design of the engine means that the Aerion AS2 will have a range of 4,200 nautical miles when supersonic. But it will have a 5,400nm range, when subsonic. This is in stark contrast with the Concorde. That jet was very efficient doing Mach 2.05 at 50,000 feet. But it was quite inefficient doing anything else.

The AS2 Airframe, And Aerion’s Partners

Of course efficiency is not just about engines. The Aerion AS2 has a design that makes these varied speeds possible. Aerion redesigned the aircraft several times, most recently to make it a low-drag design in the Mach 1.0-1.2 range. The fuselage features very pronounced changes in cross-section, to comply with the area rule. The area rule was something the Concorde’s designers were aware of, but decided against using. 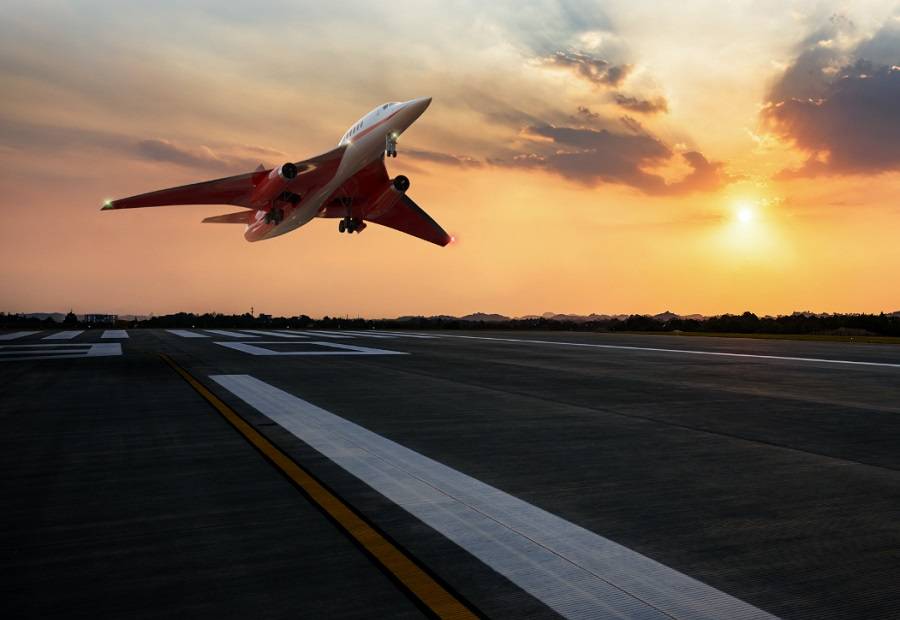 That was, in part, because of the materials available at the time. The Aerion AS2 will make extensive use of composites, allowing these elaborate shapes. This is actually something that we have already seen with the latest crop of airliners. The Boeing 787 and Airbus A350 both feature more graceful, flowing lines than the planes they’re replacing.

Speaking of the fuselage, Aerion has partnered with a number of well-known companies, for the AS2’s construction. Spirit Aerosystems will make the forward fuselage section. Spirit makes large fuselage sections and other crucial parts for many (if not all) Boeing aircraft. Safran, GKN, Fokker and Siemens will all have part in the design and manufacture of the plane.

Aerion’s other partners for the AS2 include Spire Global, a weather company. They will provide technology to allow the plane to calculate the best route, allowing boom-less supersonic travel. The autopilot will use this information, to define the plane’s optimal route. Honeywell will design the autopilot and the rest of the aircraft’s avionics and flight deck. 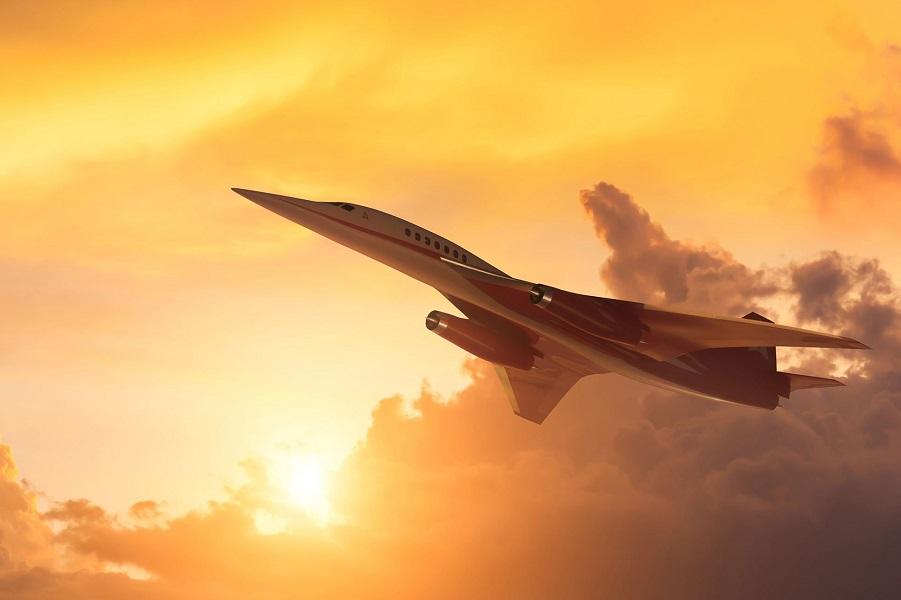 Fuel Out Of Thin Air?

Another area where the Aerion AS2 will differ greatly from the Concorde, is fuel efficiency and environmental impact. Obviously the benefits of modern turbofans, a slender, area-rule conforming body and the lower speed, already help greatly. But Aerion would like to push this a bit further. The AS2’s design and engines will make it compatible with 100% sustainable fuels.

Aerion will partner with Carbon Engineering Ltd in Canada, to develop fuel for its AS2. Carbon Engineering aims to make synthetic fuel, by capturing CO2 from the atmosphere. Combined with clean electricity and water, they will create fuel that results in carbon-neutral aircraft. CE claims that its fuels will be comparable in cost with biofuels, i.e. the sustainable fuels we usually talk about. 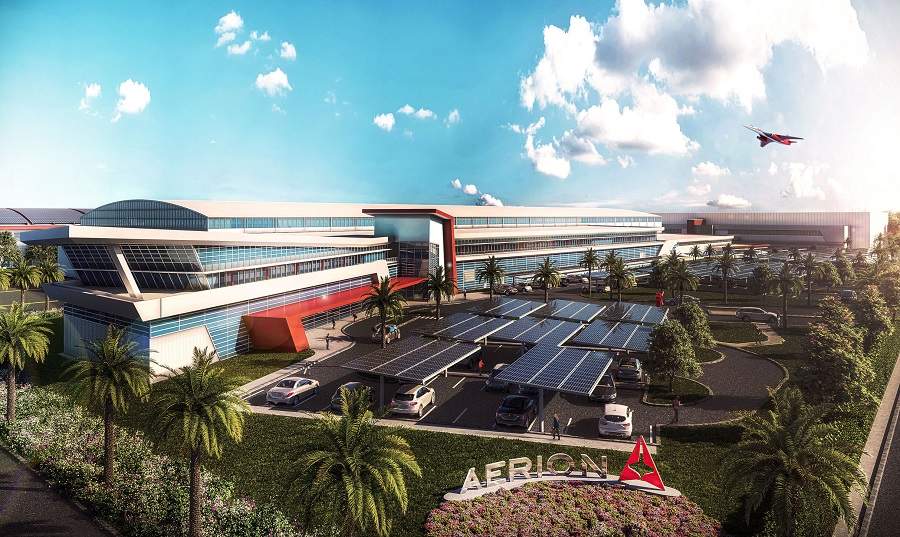 Aerion will produce the AS2 at its new Aerion Park complex. This facility will be adjoining Orlando Melbourne Airport, just south of Cape Canaveral. The company just announced the start of construction work on the facility. Until now, they were working out of Reno, in Nevada. Aerion Park will also have design and flight testing facilities, all under one roof.

All this is amazing work, but beyond funding, Aerion still has a few more hurdles to overcome, before the AS2 becomes a reality. For one thing, they need the FAA and other authorities to permit “boom-less” commercial travel. The FAA has actually introduced guidelines for the certification of supersonic aircraft recently, perhaps with such initiatives in mind. 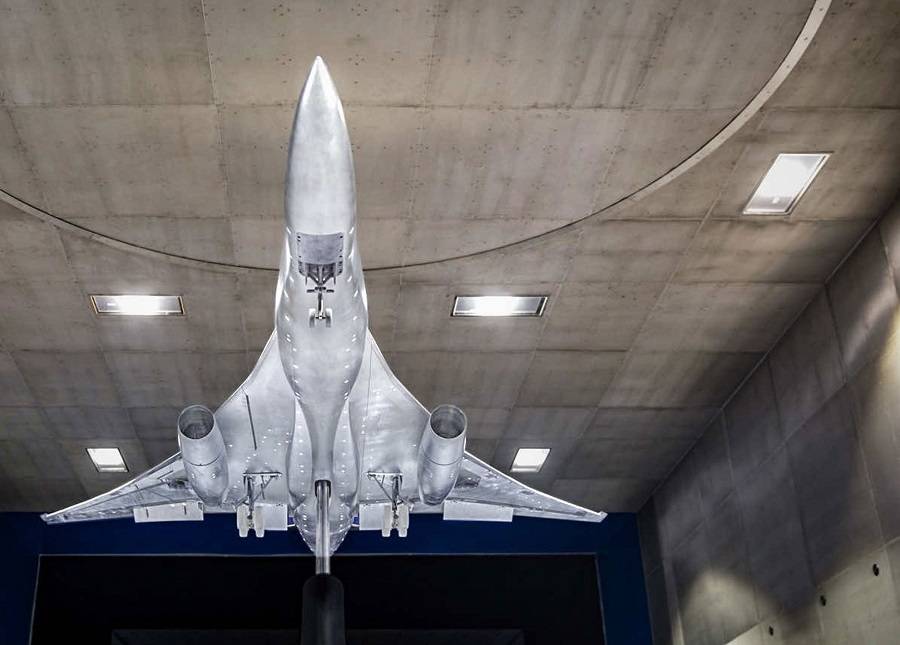 Aerion hopes to begin producing the AS2 from 2023. Its entry to service will then come in 2024 or 2025. Work will continue in Reno, until Aerion Park is up and running in Florida. Like everyone else in aviation, the company has faced hurdles because of the pandemic. But they are continuing. They validated wind-tunnel testing for their design last December.

Unfortunately progress of initiatives like Aerion’s AS2 have taken a hit in these times. But they are still going. Aviation doesn’t need to keep getting slower, after all. And of course Aerion isn’t the only one developing such a project… stay tuned!

All pictures by Aerion