Aeolus – Measuring Winds For Aviation And Much More!

Aeolus started off as a wind-measuring technology demonstrator. But it could do a lot more. And in the pandemic, we desperately needed it to.

There are some technologies that we hardly ever hear about, unless something important happens – usually something bad. The Aeolus project was one of them, and reading about it, it’s easy to see why we first missed it. It started simply as a proof-of-concept . It is one of a series of projects by the European Space Agency (ESA), described as an Earth observation satellite. 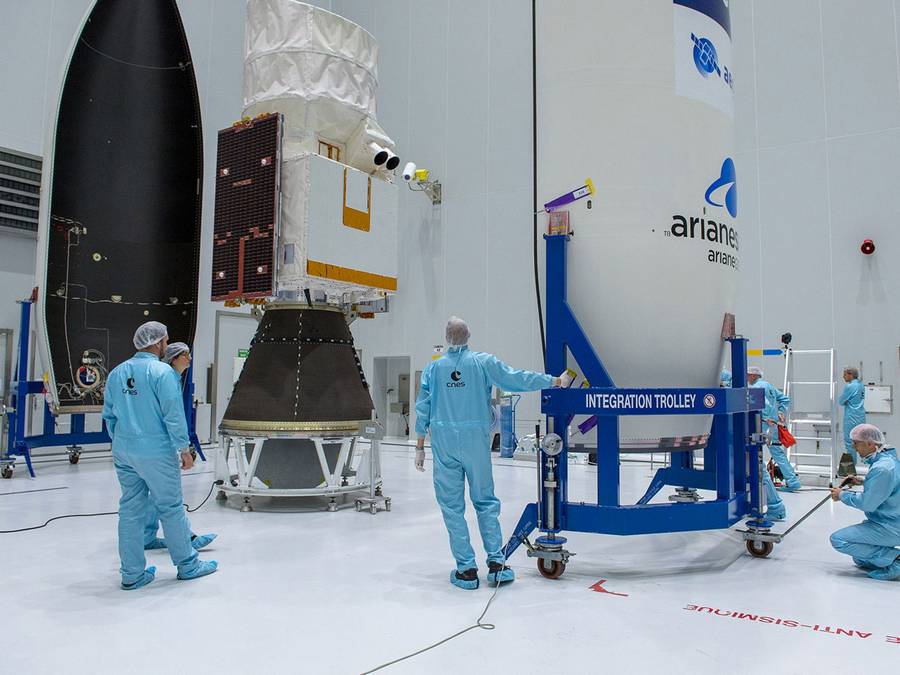 Preparing it for its trip. Photo: ESA, CNES

ESA launched the Airbus-made Aeolus satellite to space from their site in French Guiana, on the 22nd of August 2018. That’s three years ago, this Sunday. Its purpose was to test the functionality of a Doppler wind LIDAR, to measure wind speeds at different altitudes. LIDAR essentially works like RADAR, but uses laser beams – in this case in the ultraviolet range.

The Role of Aeolus – And Aviation

ESA set up the test satellite to measure winds at altitudes from 0 to 25km (82,000ft), at 250m/820ft increments. Getting the satellite to space faced many obstacles but when it got there, it worked. It REALLY worked. Much like NASA’s Mars helicopter, which began as an experiment and proved its worth in practice, Aeolus was revolutionary. 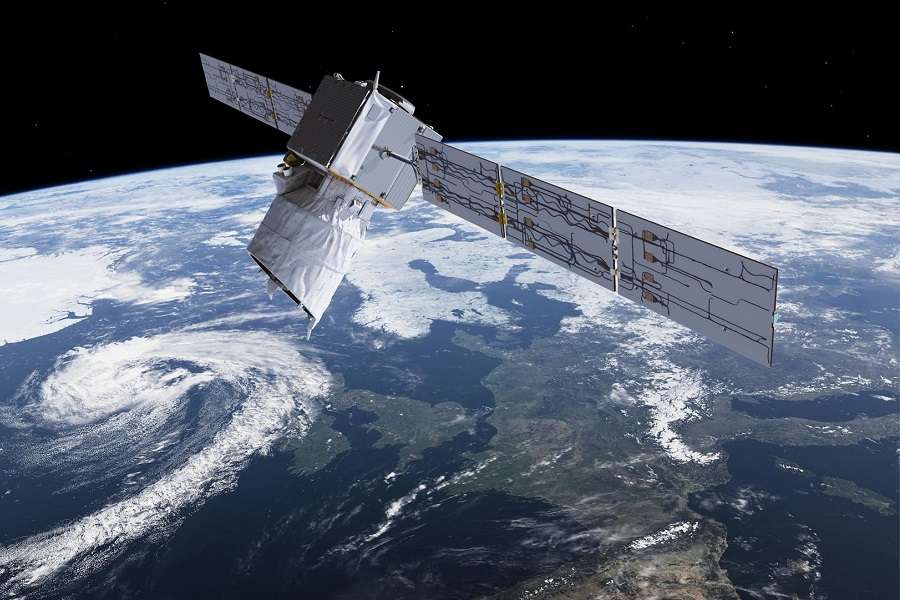 Weather forecasting has improved more than most people realize. But the way we gather wind data remains relatively basic. Satellites can derive wind information in different ways, but not directly. And certainly not to a high resolution, at different altitudes. We have ground weather observation stations, of course. But for wind speeds at higher altitudes, we still rely largely on weather balloons.

Aeolus tested the technology that should eventually replace them. There are two problems with weather balloons. Firstly, they generally don’t reach 82,000 feet. And secondly, we can only launch them over land. Over the oceans, meteorologists have only one other type of wind measuring instrument: commercial airliners. 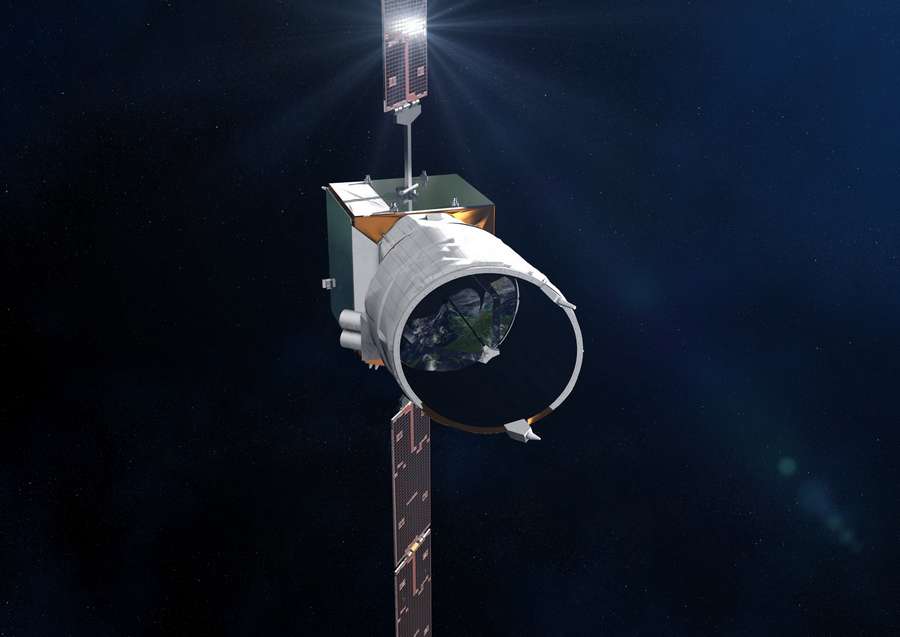 Flying at fixed routes in predictable schedules, airlines really make consistent weather observation tools. But they do have some serious limitations, that Aeolus can solve. To see what the winds are up to over the north Atlantic, meteorologists have plenty of aircraft to choose from. Other parts of our planet have much less air traffic.

Also, airliners crossing oceans generally travel between 30,000 and 41,000 feet. That’s not nothing – meteorologists can extrapolate plenty of information from that. But some choice doesn’t hurt. And as enthusiastic as scientists were with the first few months of the operation of Aeolus, more was to come.

When 2020 and worldwide lockdowns hit us, aviation ground to a halt. Flight tracking sites reported air traffic drops of 80-90%. Among its many telling effects, this meant that meteorologists had no oceanic wind data. Except… they did. By coincidence, weather forecasting centres in Europe had begun using Aeolus wind data regularly, on January 2020.

So meteorologists already knew the value and accuracy of the satellite, when airliners stayed on the ground. Today, this ONE satellite gathers more weather data daily, than ALL ground-based measuring systems combined. Again – this is a test-bed. ESA never meant to use it operationally, or for so long. 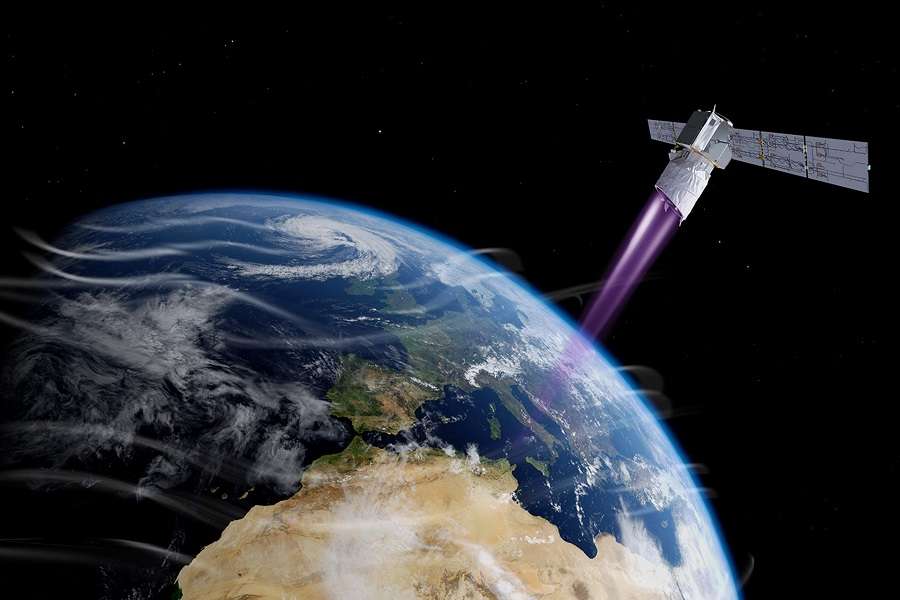 Aeolus is named after an ancient Greek God, who kept flasks full of winds, releasing them at will. The satellite isn’t quite as powerful, but it can tell us more about winds than any sensor we’ve had before. It has exceeded all expectations: on accuracy, data quantity, reliability and endurance.

At its three-year anniversary, ESA and Airbus are working on designing a constellation of Doppler wind LIDAR satellites, as a more permanent replacement.