A Virgin Atlantic flight had to return back to Heathrow airport in London, after a laser attack caused the Captain to lose sight in one eye.

The aircraft was a Boeing 787-9, registered G-VDIA, performing flight VS-453. This was from London Heathrow (EGLL) to Tel Aviv (LLBG) in Israel. The time was 21:34, so well into the night. The aircraft was climbing out of runway 27L when someone on the ground pointed a laser at it, which hit the Virgin Atlantic captain. The crew immediately reported the incident to ATC. However, they initially decided to continue the flight. Meanwhile, ATC contacted the Police. 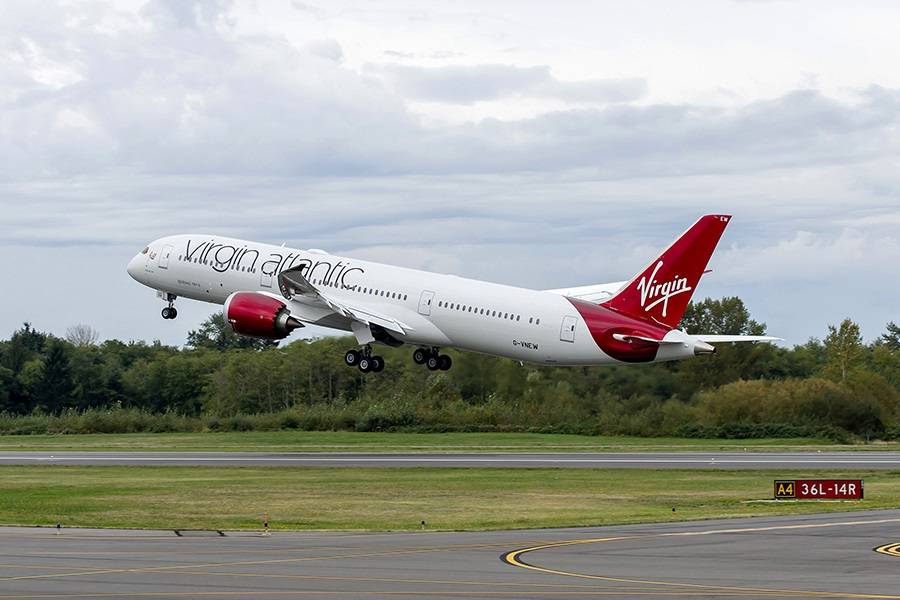 Unfortunately, the crew would later have to change their decision to proceed with the flight. The captain’s condition soon worsened, and the Virgin Atlantic flight had to declare a PAN call. At this point the captain could only see out of one eye. By then the aircraft was at 41,000 feet, and over Paris. The crew returned back at Heathrow. They landed back on runway 27L, approximately 74 minutes after departure.

Aftermath To The Attack On The Virgin Atlantic Captain

The airline had to provide hotel accommodation to the passengers, as a replacement flight wouldn’t be possible until the morning. This flight was VS-453A, and departed Heathrow at 10:40 the next day. It finally landed in Tel Aviv at 16:46 local time. The present condition of the Virgin Atlantic captain is not known. Media in Israel have reported that police in the UK has made an arrest on the matter. 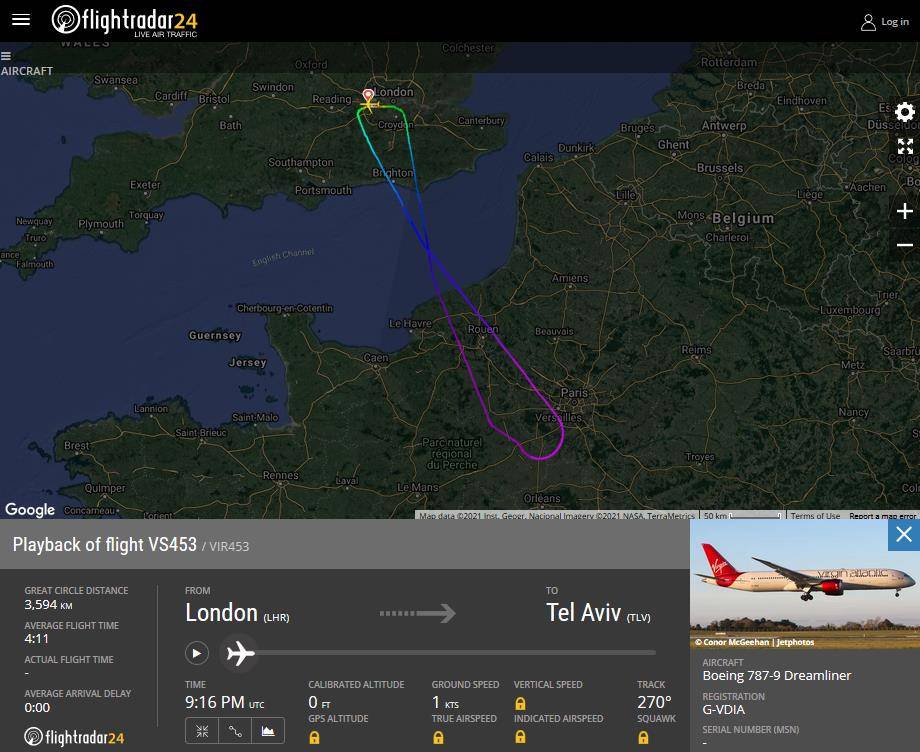 Unfortunately, incidents and accidents such as what the captain of this Virgin Atlantic flight suffered, are common. But there is some hope. Evidence suggests that there is now a downward trend of such occurrences. This may be thanks to more awareness of the dangers that lasers represent, to people’s vision. Although it is perhaps more likely because people now know that it is quite easy for such perpetrators to face arrest.

There have been many instances where people faced stiff fines and jail sentences, as we have seen before. Authorities take such events very seriously. The potential for serious injuries is very real. Many more flights have had to divert after such events as the Virgin Atlantic captain experienced. A man in Australia recently faced charges of “prejudicing the safe operation of an aircraft”, “acts likely to cause harm” and “possession of a prohibited weapon”. 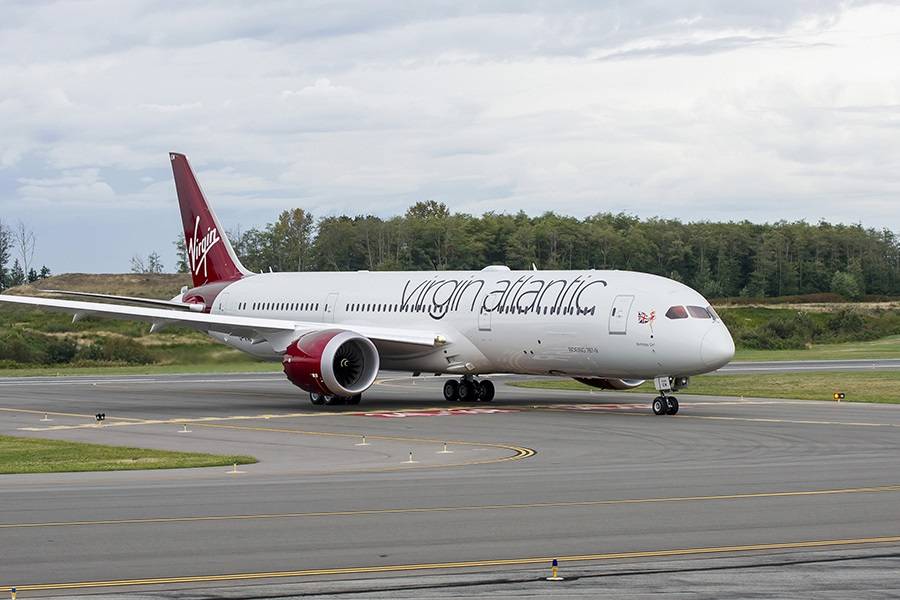 Depending on the country and various conditions, arrested perpetrators have faced sentences ranging from 4 months to 14 years. We can only hope that the captain of the Virgin Atlantic flight makes a full recovery. And that such incidents continue to decline.