The video of airline passengers moving a plane off the runway in Nepal earlier this month is going viral online. But what actually happened?

You know when someone’s car is stranded on the road or in a parking lot, and people get together to solve the problem? We’ve all done it. With a car, that is. But it seems like some passengers in Nepal had the same thought, but with a slightly different vehicle. Quite a bit heavier, too. But that just means that more people had to get involved! 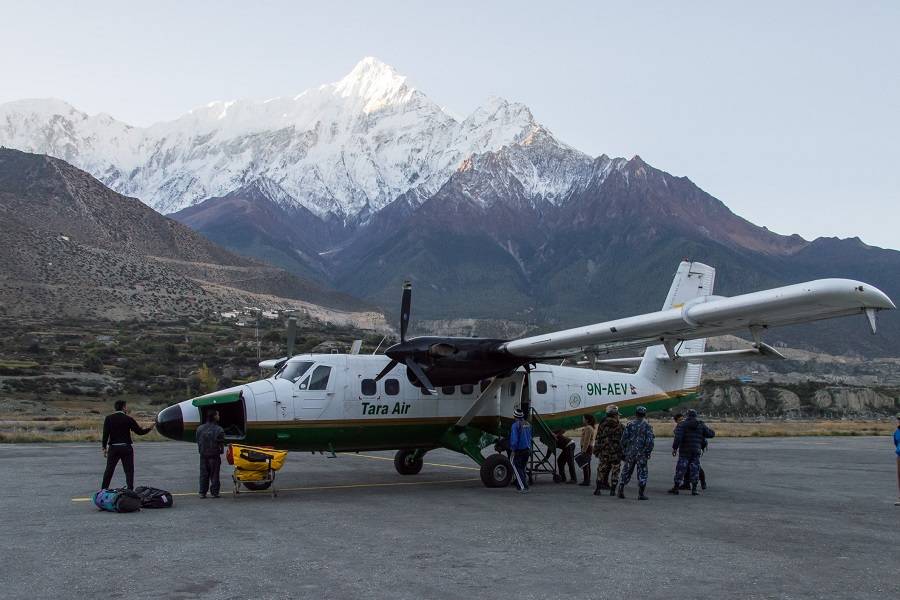 The incident happened on the 1st of December. The plane that the passengers are moving is a Twin Otter. Its crew had previously flown it from Simikot Airport (VNST) to Bajura Airport (VNBR) in Nepal. According to local media, the aircraft suffered a burst tyre during its landing. So it came to a halt on the runway, blocking it.

Passengers Vs Plane – A Matter Of Numbers

It appears that the airport did not have a way to move the aircraft off the runway. Bajura only has that one runway, 09/27, just 520m/1,706ft long. With the plane stuck, passengers of other aircraft were also stuck. Worse still, the airline couldn’t fly in spare tyres for the plane, either. So the situation called for a group effort.

So an unclear number of passengers, plus some airport and security personnel, pushed the plane clear. The video shows a pilot sitting in the cockpit. The DHC-6 isn’t a big aircraft, in the grand scheme of things, but that’s a matter of perspective. Empty, the plane weighs about 3.4 tons. But that plus the flat tyre, certainly requires a fair amount of effort, to get it going!

Eventually, the passengers got the plane somewhere out of the way, reopening the runway. The ‘manual’ operation took approximately 20 minutes. Soon, another company aircraft landed, bringing in spare tyres and engineers, for the fix. Afterwards, both company aircraft flew back to their base, at Nepalgunj Airport (VNNG). 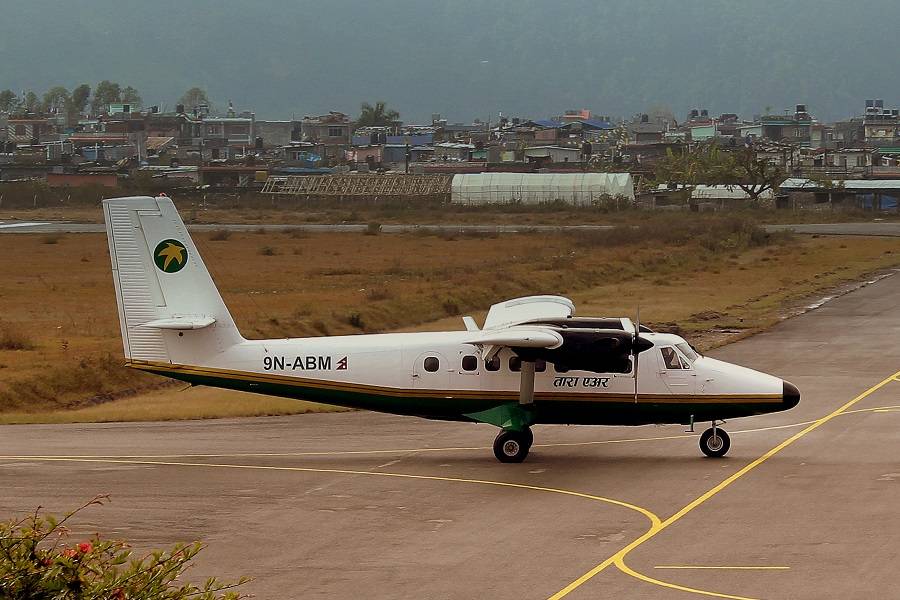 The aircraft appears to be in regular service today. It is a Tara Air de Havilland Canada DHC-6-300, with tail number 9N-AEV. It’s a bit over 41 years old. The same Twin Otter sustained significant damage in a runway excursion in Jumla Airport (VNJL), in 2018. But there were no injuries in that, or obviously on this incident.