The Aviation impact of the US/Iran conflict

On the 3rd of January 2020, a US Reaper Drone targeted and fatally injured the commander of the Iranian Quds forces, General Qasem Soleimani, outside Baghdad international airport. Nine other passengers, traveling in the same convoy, were also killed. This was the last in a series of incidents which has increased tensions in the Middle East, mainly between Iran and the United States. In this article I will not be talking about the political side of these escalations but rather on the potential impacts it can have on the aviation industry. 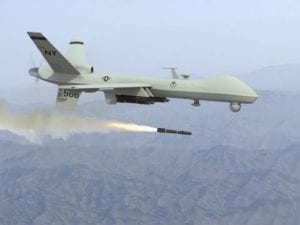 Iran has been an influential player in the Middle east for decades. Through its tactics of arming and helping local military groups it has played a somewhat destabilising role in its neighbouring countries but it has also helped the United States out in the recent war against ISIS. General Soleimani was a major architect of the proxy war model, a tactic he learned from his participation in the Iraq/iran war back in 1979. Since the war on ISIS is, in the eyes of the US, starting to fade out, general Soleimani has, once again become, a major thorn in the side of the US. He has been implicated as responsible for planning the recent strikes against military and oil installations, the shooting down of a US drone earlier in 2019 and the recent protests outside the embassy in Baghdad. These were likely some of the reasons he was chosen for assassination but, by killing him, the US has potentially sat in motion things that will be very hard to control and predict.

Soleimani was seen in Iran as more than a military leader. He was a beacon of national pride and a man with direct contact with the supreme leader himself. The assassination of him will almost certainly spark some sort of retaliation and the question will now be “How bad will it be?” and “How far will it spread?”. Will the Iranian regime see this as a full scale “act of war” and how will the US respond of Iran starts attacking military or civilian targets in Iraq or other neighbouring countries, either directly or by proxy-forces?

There are several reasons why the Middle East is very important from a geo-political point of view. In the case of the Aviation industry it is, obviously, the supply of Petroleum (Oil). Any event that jeopardises the steady supply of oil will have a direct impact on the aviation fuel price, something that determines if most airlines are profitable or not. After the killing of general Soleimani the Oil price shot up with 4% and, while that is a major increase, it is only a precursor of what might happen if this conflict would escalate into a full scale war in the region. 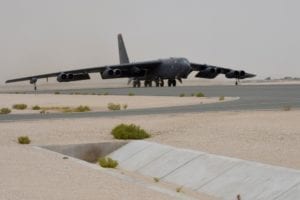 There has been no shortage of previous Oil-spikes caused directly or indirectly by Iran. The so called “second Oil-crisis” which happened back in 1979 after a drop in Iranian Oil production as a result of the Iranian Revolution caused the Oil price on international markets to double. The international oil production only decreased with around 4% but a general sense of panic caused a huge over-reaction on the markets. In the following the Iraq-Iran war, the Iranian Oil production nearly stopped which also had severe impacts on the international Oil price and led to recessions in large parts of the developed world economies. Those effects lasted for half a decade.

Since then, there have been large quantities of oil found in the US and other parts of the world which have made the oil price a bit more resilient. Having said that, major events in the Middle East, still have significant impacts on the overall oil-price and with that, the operating costs of Airlines.

Fuel has historically been the single largest cost for Airlines. Because of that, a lot of airlines started to hedge their fuel prices in order to be able to predict their costs over a longer time period. During the last decade the Oil price have slowly decreased to quite low levels. The airlines that had hedged their fuel price at a higher price largely missed out on that price-drop. Because of that, a historically smaller number of airlines now have hedged their fuel prices. This makes those airlines more sensitive to a sudden spike in oil-prices, which a conflict in the Middle-East would most certainly bring.

The second effect that a potential war in the region will have is the safety of the airlines forced to operate in the airspace around the affected region. The middle-East holds extremely important airspace and infrastructure for the movements of aircraft between Europe and the Far East as well as Oceania. A war in this region, especially if many other neighbouring countries gets pulled into the conflict, will severely affect all of this traffic as well as potentially stop some of the major Middle Eastern airlines like Emirates, Qatar and Etihad from operating temporarily. 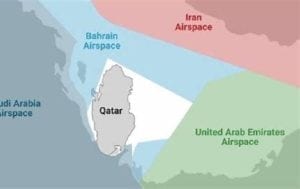 We have already seen examples of the problems that faces airlines when airspace is restricted in the case of the recent airspace restriction over Pakistan (August 2019).

A similar problem is already facing Qatar Airways after it was forced to re-plan all of its flights due to disagreements with the neighbouring Gulf states. This restriction has severely increased the cost of Qatar Airways and its ability to reach certain destinations.

Iran has made no secret that it intends to revenge the death of general Soleimani. It has indicated that the primary targets will be military installations but if this escalates to an outright war, all bets are off. Iran can not match the military might of the United States but Soleimany was an expert on integrating and using proxy military and terrorist groups in achieving the military objectives of Iran. These same tactics could also be used in foreign terrorist actions inside the US or any country perceived to be an American ally. If the Iran regime would seek to try and undermine president Trump during the crucial 2020 election year, a terrorist attack like 9/11, could be a possible tactic used. In this case, only the threat of something like that, would have a negative impact on the aviation industry for obvious reasons.

Hopefully this conflict can be solved through diplomatic channels and without further escalation of violence. In that case, there might not be any real long term effects at all. If this escalate into full conflict it is likely that the whole world will feel the consequences in the form of economic downturns, recessions and possibly even further wars in the region.

The Aviation industry will always be one of the first industries hit when an economic downturn occurs. The first thing that people starts saving on, tends to be their travel plans and holidays. If an economic downturn is coupled with a severe security threat, like after 9/11, the impact on the industry can be devastating.

The Aviation industry have had a good few years since the end of the 2008 economic recession. The order-books of Boeing and Airbus are full with new aircraft that are due for delivery during the next decade. If nothing happens to the economy and those orders comes to fruition, the aviation industry should have a good decade ahead. A war between Iran and the US will almost certainly throw sand into those projections and is likely to affect the Industry negatively until the end of the conflict and possibly half a decade after that.

What are YOUR thoughts on the crises in Iran and its impact on Aviation? Come into the FREE Mentour Aviation app and discuss it with us!