Sometimes an aviation concept finds applications in other fields, and the Asoh Defense is one such example. It’s still an aviation lesson, however.

The story around the statement may well be apocryphal. Captain Kohei Asoh, pilot-in-command of Japan Airlines Flight 2, didn’t speak good English. We know this because the language barrier between him and his American first officer featured in the NTSB report. Nevertheless, what we now know as ‘The Asoh Defense’ centers around the captains reply, when the NTSB interviewed him. When asked how the accident happened, the captain supposedly said: “As you Americans say, I f***ed up”. 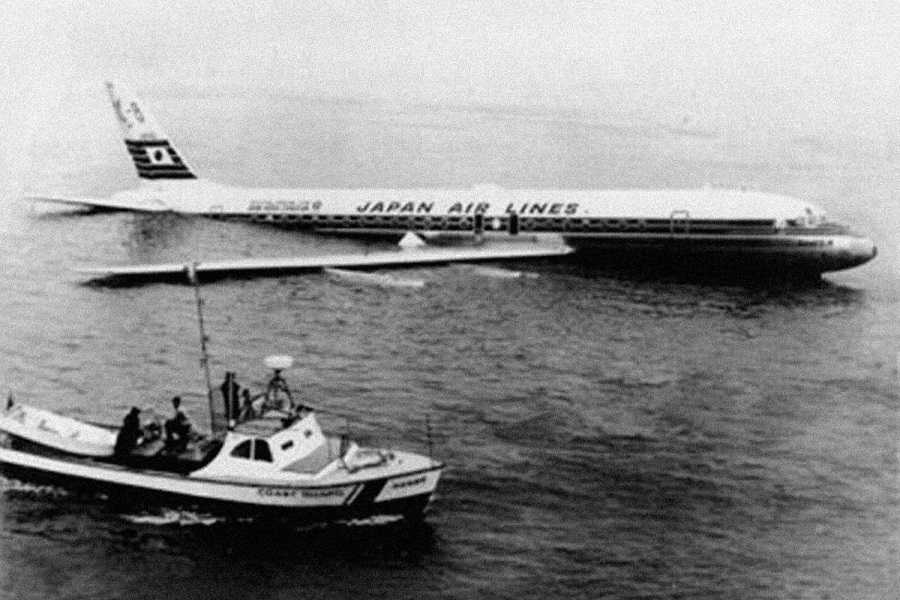 A US Coast Guard photo of the event

In essence, Captain Asoh didn’t see any point in putting up a defense for his actions. The accident bore some similarities with another, much more recent accident. This was Air Niugini Flight 73: a Boeing 737-800, on approach to land in sketchy weather. After an unstabilized approach, the aircraft ended up in the water, short of the runway. Everyone survived the initial impact with the water. Unfortunately, one passenger was unable to unbuckle himself from his seat, and perished.

The Accident That Gave Rise To The ‘Asoh Defense’

Japan Airlines Flight 2 had a similar result, albeit in different circumstances, and for very different reasons. And with no ill-effects for anyone involved. It happened on the 22nd of November, 1968. The aircraft, a Douglas DC-8, flew from Tokyo International Airport, to San Francisco International. This DC-8’s name was “Shiga”. On board were 96 passengers, including 6 infants, and 11 crew. In his defense, Captain Asoh freely admitted that he was not familiar with the ILS approach that he had attempted to use.

The JAL DC-8 did not hit the water just short of the runway, like the Air Niugini Boeing did. The two pilots thought that their aircraft was following an ILS. Instead, the DC-8 had descended in a constant, uninterrupted rate of descent, until it got out of the clouds. The crew had six seconds to react, when they saw the water, 2.5 miles short of the runway. Captain Asoh pulled back on the yoke, and increased power, affecting a flare. Passengers and cabin crew would later describe the touch-down simply as ‘moderate’. 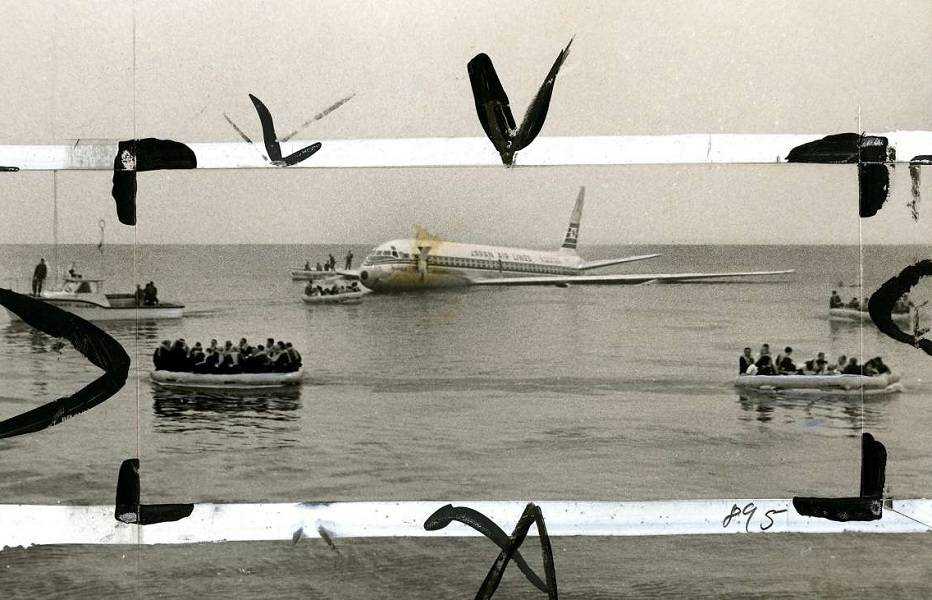 The jet hit the water, gear down, with no damage to the fuselage. The only substantial damage was to the right gear leg. The San Francisco bay is quite shallow – so much so, that the aircraft gently sat down in the sandy bottom, with most of the fuselage and even the wing out of the water! Passengers recall a very calm, orderly evacuation. The Captain was the last person to leave the aircraft, after checking out the interior for remaining passengers. There were no injuries.

The “Asoh Defense” unintentional water ditching has some funny sub-stories. A passenger that was also a GA pilot, commented: “This was a damned good water landing. By the time we knew we were in trouble, we were safe”. Captain Hazen was in a life raft with many passengers, launching off the right wing. Moments later, he heard a voice: “Ahoy there! Toss me a line and I’ll tow you in.” It was a Western Airlines Captain, fishing in the bay. Three more boats and some fire tugs soon got to the scene. 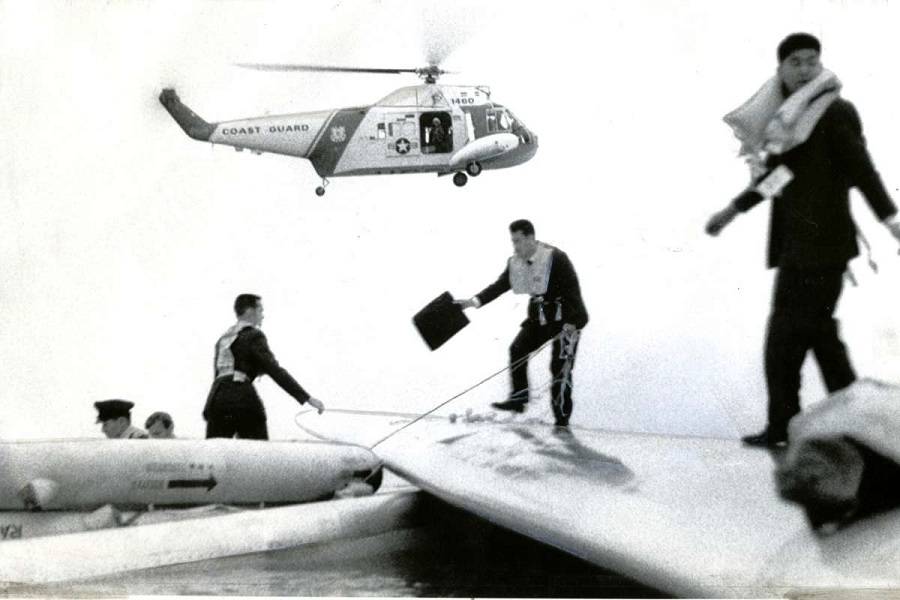 I guess passengers evacuating with baggage goes back a long way.

Captain Asoh’s post-accident attitude wasn’t a defense, it was to take full responsibility for the event. At the time he had 15 years of experience with Japan Air Lines. Before that, he had been a pilot and flight instructor in the Japanese military, in WWII. He had just under 10,000 flight hours in total, with 1,062.5 of them on type. His First Officer, Joseph Hazen, also was a Captain in the airline. He also had 9,611 hours total, but only about 18 hours on type.

The NTSB released its final report on the accident on the 31st of December, 1969. The probable cause of the accident was “the improper application of the prescribed procedures to execute an automatic-coupled ILS approach”. This was, in part, because of the lack of familiarization and infrequent operation of the flight director and autopilot. Afterwards, Douglas and Sperry Flight Systems Division (autopilot, avionics) sent representatives to Japan Air Lines. They reviewed the training procedures of the airline and their manuals, to make sure this couldn’t happen again.

This was in 1968. The term “Asoh Defense” didn’t actually enter the public consciousness until decades later. In 1988 Jerry B. Harvey, a business management author, first used the term in the book “The Abilene Paradox”. The “Asoh Defense” gradually became a business principle, for accepting responsibility. It was about getting to the end of the problem and solving it, rather than blame-shifting and buttoning up. This may seem obvious to many now, but… well, let’s just say that the 1980s featured some posturing. 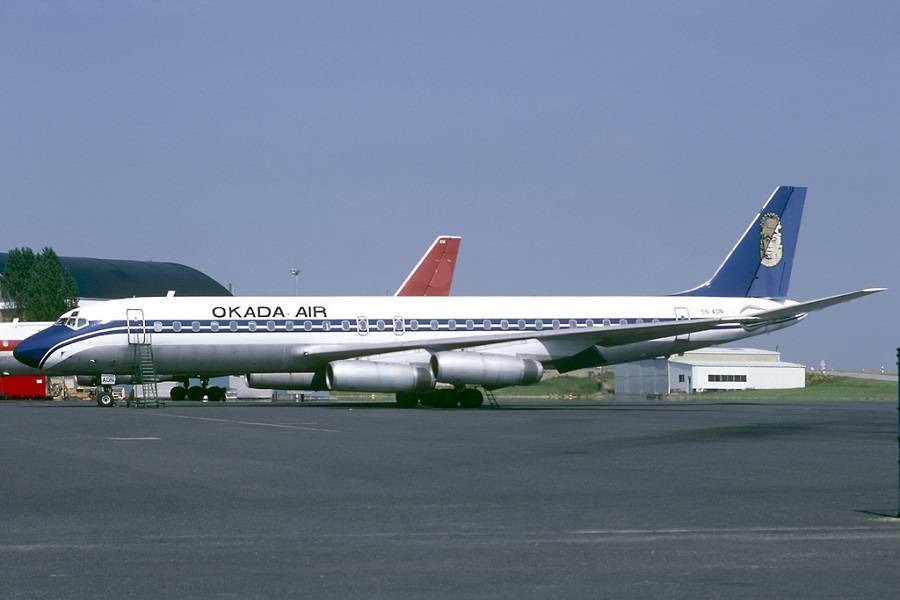 The aircraft after repair, with another operator. Photo by Felix Goetting via Wikipedia, GFDL 1.2

Incredibly, the incident that gave birth to the “Asoh Defense” story was not the end of the Douglas DC-8-62, registered JA8032. Crews managed to hoist the jet out of the water 55 hours after the accident. Other than the right gear bogie and the flaps, the aircraft had surprisingly little damage. Crews gave it a prolonged bath in fresh water, to keep corrosion at bay. Then JAL and United Airlines came to an agreement: repair the plane for $4 million. That’s nearly $28 million, in today’s money.

The aircraft flew again on the 31st of March 1969, less than five months after the incident. It received a new name, “Hidaka”. Incredibly, it continued serving with Japan Air Lines until 1983. Afterwards it went to Nigeria, first with Hamzair and then with Okada Air. In 1987 (still before the Asoh Defense term showed up) it underwent conversion as a freighter! The aircraft that plunged into the Pacific accidentally, didn’t leave service until 2001. It was finally broken up in 2005, at Wilmington airborne Airpark, in Ohio. 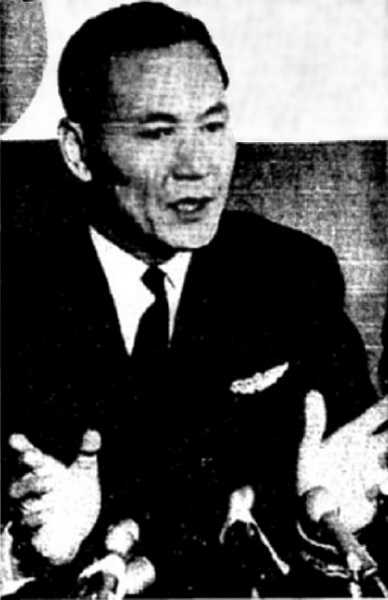 The Fate Of Captain Asoh

Captain Asoh didn’t gain any fame, since obviously it took more time for “Asoh’s Defense” to materialize. His airline didn’t fire him, but he was demoted to First Officer and received further training. He also didn’t fly passenger aircraft for a few months. His first officer also returned to flying eventually, later switching to the 747, as a captain. Captain Asoh continued working for JAL until his retirement.

Simply-put, the “Asoh Defense” is the frank admission of responsibility. Way back before CRM became key in aviation, the public’s perception of pilots was often that of somewhat flamboyant individuals. Captain Asoh didn’t blame his plane, his instruments or his crew. To some of his peers, this was remarkable enough to be memorable. We will probably never know if he actually used these words. But we know that his frank attitude became an example to follow, even outside aviation.