Tail strike – Alitalia A320 Has Close Call On Take-Off!

An Alitalia Airbus A320 aborted its take-off at low speed, after it experienced a tail strike. But how is a low-speed tail strike even possible?

This Alitalia A320 tail strike incident is unusual, but not unique. Also, it isn’t new. It occurred on the 17 th of August 2017! However the Italian National Flight Safety Agency (ANSV) issued its final report on the incident yesterday (the 15th of April). Unfortunately, so far they’ve only released this report in Italian, but if you wish you can read it HERE. 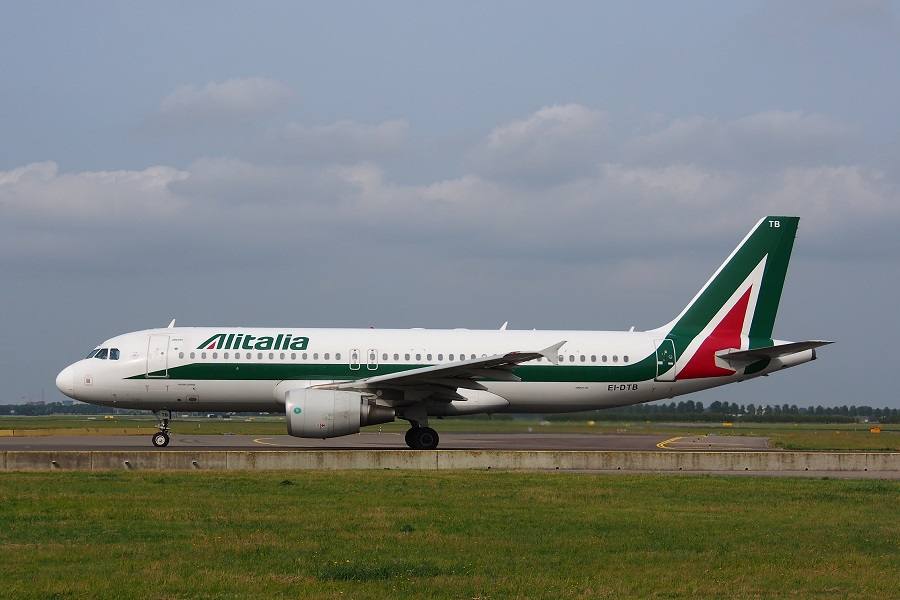 The incident aircraft in 2013

The aircraft was getting ready to take off, for flight AZ-9041, from Milan Malpensa (LIMC) to Rome Fiumicino (LIRF), in Italy. The Alitalia A320 began accelerating down runway 35R, but it very quickly pitched up and had a tail strike. The crew immediately rejected the take-off. The reduction of thrust and brake application returned the aircraft to its normal attitude. The aircraft vacated the runway and returned to the apron.

The Alitalia A320 Conditions for the Tail Strike

The 103 passengers and 6 crew disembarked normally, with no injuries. They eventually got to their destination with a 4-hour delay. The aircraft stayed in Milan for several days, before positioning to Rome for further repairs. According to the ANSV report, the Alitalia A320 did not suffer structural damage in the tail strike incident. An area approximately 1.80 metres (5.9ft) long and 30cm (11.8”) wide showed abrasion marks. The rear drain mast also suffered some abrasion damage. 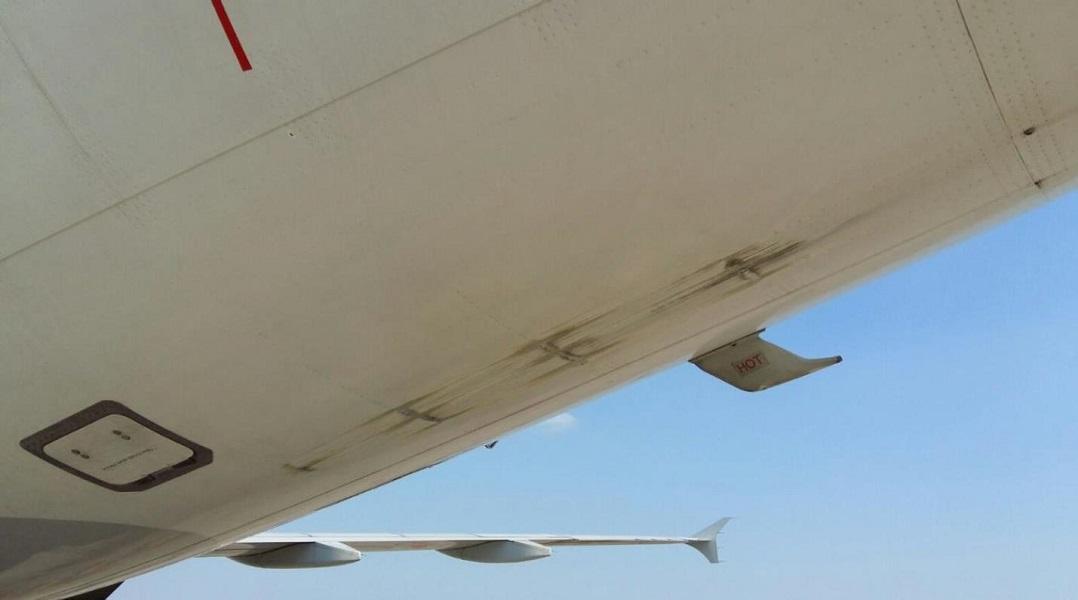 The report shows that it wasn’t any action of the Alitalia pilots, nor a malfunction of the Airbus A320 that caused the tail strike. It was an organizational error, that caused a serious weight imbalance in the aircraft. It was a serious miscommunication between two parties, one of which was using software that couldn’t account for this flight. This was to be the second leg, of a two-leg flight.

The first leg was from Hamburg (EDDH) in Germany, to Milan. The flight left Hamburg with 171 passengers. 68 were going to Milan, the remaining 103 to Rome. A handler in Hamburg assigned rows 1-12 to the passengers going to Milan, and rows 13 and further back to Rome. Also, there were three Unit Load Devices (ULDs, i.e. cargo boxes) in the front hold, for Milan! The idea was to load the aircraft in a way that would facilitate unloading and refitting in Milan. 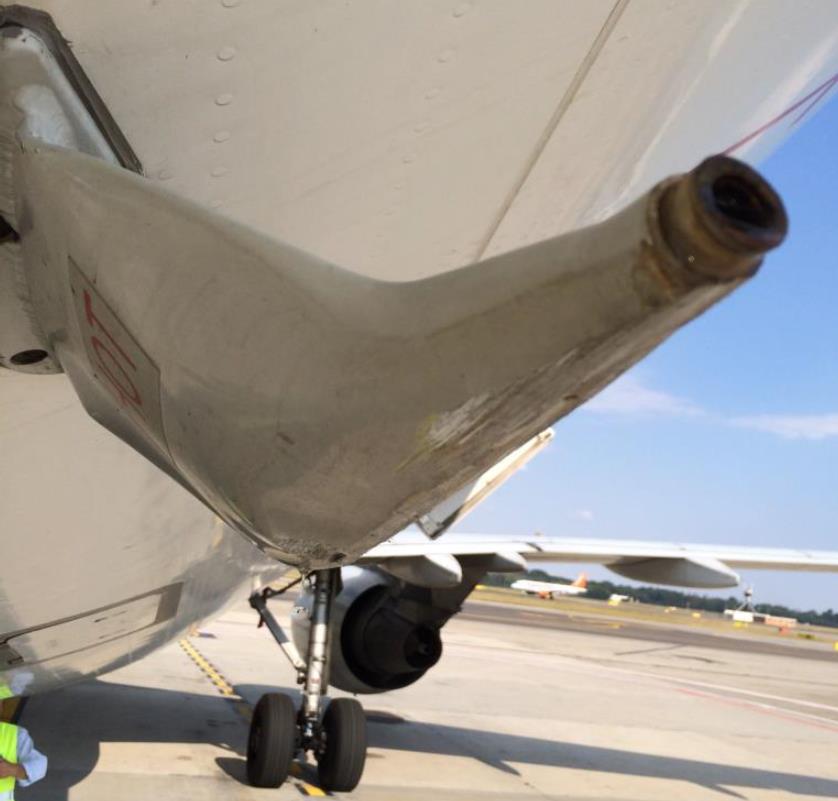 The final piece for the Alitalia A320’s tail strike puzzle came when this Hamburg handler did not use the software system that would notify dispatch/load control. So they knew neither about the passenger nor the cargo load. A contributing factor here is that the software the airline was using, could not account for multi-leg flights. So the controller in Hamburg assumed an even distribution of passengers.

The Alitalia A320 had a tail strike because it had no luggage and only 4 passengers in the front of the aircraft. Another 47 passengers sat in the middle section and 52 in the rear of the Airbus. Everyone’s luggage was in the rear hold. When the crew applied take-off thrust, the low-positioned engines introduced enough pitch moment to cause the tail strike. Reducing power and braking restored order. They only reached 42 knots. 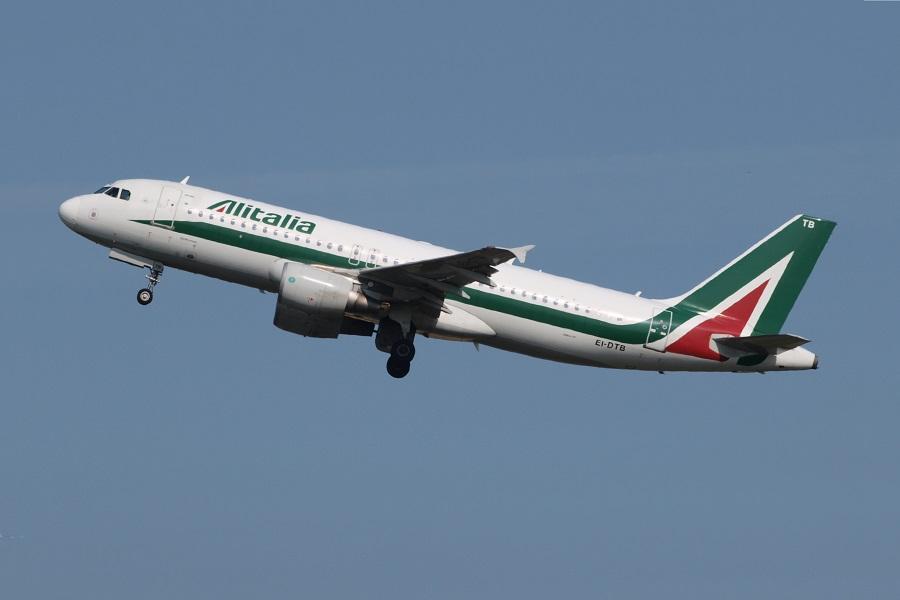 The aircraft is an Airbus A320-216, with registration EI-DTB. Having left the factory in Toulouse in February 2009, it was a bit over 8.5 years old at the time of the incident. Alitalia is the only operator of this now 12 year-old aircraft. The plane has since returned in service, however its current status appears as ‘parked’.

A lack of injuries and a plane that can fly again counts as a positive outcome in anyone’s book. However there have been a couple of incidents with tail strikes similar to the Alitalia A320. Thankfully, these problems manifest themselves early enough in the roll that pilot crews have time to react!