A Boeing 737-500 performing Sriwijaya Air flight SJ-182 disappeared from radar approximately four minutes after taking off from Jakarta, Indonesia. Weather conditions at the time included rain, following several thunderstorms in the vicinity of Sriwijaya Air’s departure airport. Its destination was Pontianak airport. This would have been the aircraft’s 5th sector of the day.

The accident aircraft, with the name “Citra” near the nose

The aircraft, registration PK-CLC, had 56 passengers and 6 crew members on board. Local media report that among the passengers are 7 children and 3 infants. 6 of the passengers were actually deadheading crew. Data from FlightRadar24 shows the Sriwijaya Air jet climbed up to 10,900 feet. Then it began a rapid descent, before disappearing. The aircraft was approximately 11km north from Sokarno International Airport in Jakarta. Time was 14:40 local (07:40Z). The aircraft did not respond to subsequent radio calls.

A search and rescue operation got underway soon afterwards. According to AvHerald, local residents could report hearing two explosions. Sailors in boats returned to the shore, with debris. There has been no confirmation if this is from the Sriwijaya Air flight. However, the debris includes what looks like a section of riveted aluminium skin. 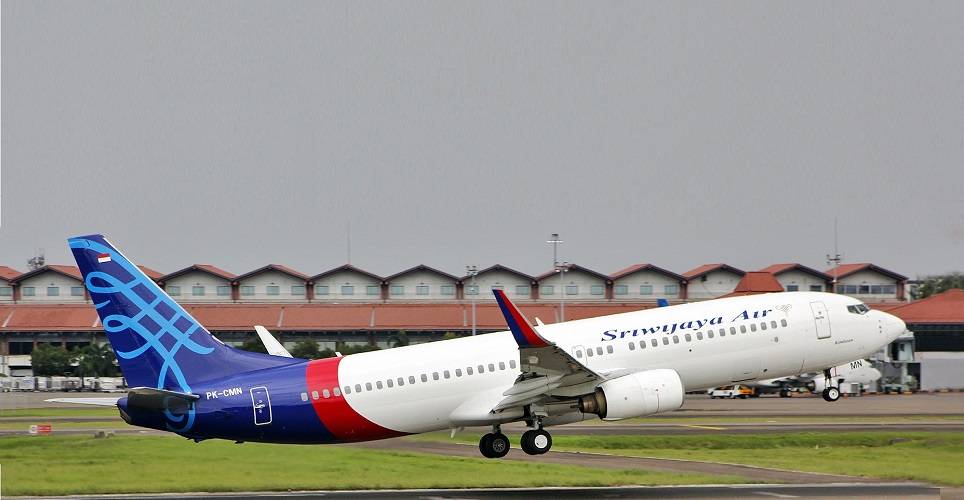 The above information comes from the captain of a ship, that was approximately 6nm from what they describe as ‘the impact site’. They observed an object fall into the sea, partially obstructed due to rain. Reaching the site, the ship’s crew found jackets, cables, and human remains. They returned to the shore, but a second boat is reportedly still at the scene. 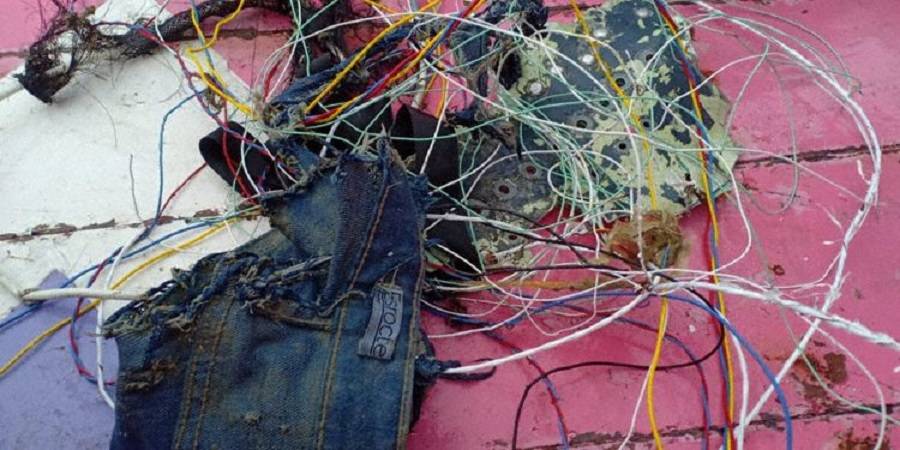 Some of the first debris locals brought to shore. Picture from AvHerald.

The aircraft is a nearly 27 year-old Boeing 737-500, predating the MAX and even the previous ‘New Generation’ (NG). It had two owners before Sriwijaya Air. Continental Air Lines got delivery of it in May 1994. They upgraded it with winglets in 2008. United Airlines started operating the plane in 2010, but only briefly. It finally got to Sriwijaya Air in 2012, where it got its current registration, and also the name ‘Citra’.

Official sources now say that a search and rescue operation is underway. Units of the Basarnas (Indonesian Search and Rescue Agency) are already at the scene. ELT transmitters on the Sriwijaya Air 737 did not transmit during or after the incident. The Ministry subsequently confirmed the aircraft has crashed.

In the incident, while the aircraft was climbing through 1,700 feet, departure cleared the crew to FL290. Shortly afterwards, departure control noticed that Sriwijaya Air had stopped its right turn, to its assigned heading of 075°. The controller radioed the crew about their heading, but did not receive a reply. The aircraft then disappeared from radar. 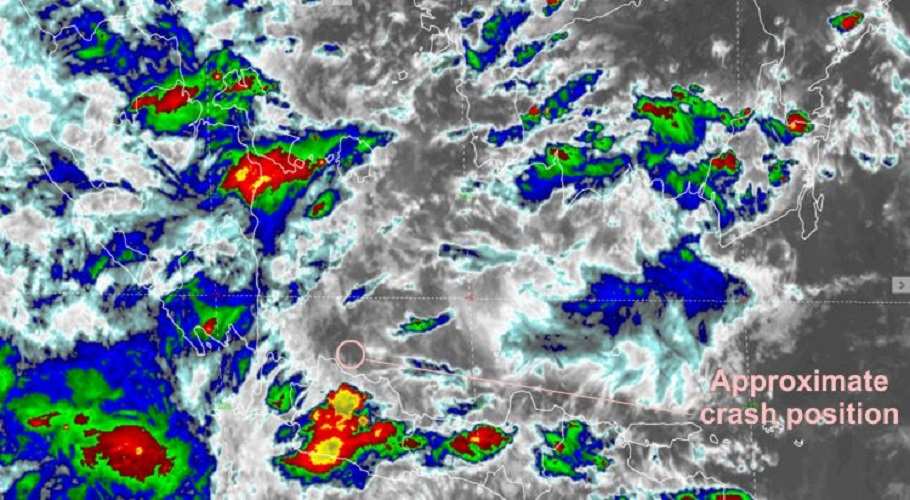 Weather, approximately 10 minutes after the crash. Picture from AvHerald.

We confirm that flight SJ-182 from Jakarta to Pontianak lost contact today, January 9th 2021, at 14:40 local time. Our aircraft is manned by 6 active crew. The details of the passengers on flight SJ-182 are 40 adults, 7 children and 3 infants, plus 6 of our crew as passengers. Our prayers go out to all our passengers and crew, and their families. For now, we continue to coordinate with the relevant authorities and provide all the necessary support. For family and relatives, please call the following hotline number:

Indonesia’s KNKT (National Transportation Safety Commission) have now opened an official investigation into the Sriwijaya Air crash. They will begin their search for the cockpit voice recorder and flight data recorder in the morning (Sunday the 10th of January). The sea is only 15 to 16 metres deep at the crash site.

Boeing released the following statement, after the Sriwijaya Air incident:

We are aware of media reports from Jakarta regarding Sriwijaya Air flight SJ-182. Our thoughts are with the crew, passengers, and their families. We are in contact with our airline customer and stand ready to support them during this difficult time.

Indonesia’s Ministry of Transport will provide more information when it becomes available. We will be continuously updating this article as the events unfold. We have also opened up a discussion forum in the FREE Mentour Aviation app. There you can find up-to-date information, or post what you can find on the Sriwijaya Air incident. You can get the app here.

Indonesian authorities say they have found the location where they believe a Boeing 737 passenger plane crashed into the sea shortly after take-off from the country’s capital Jakarta on Saturday.

More than ten vessels and navy divers have been deployed to the crash site. 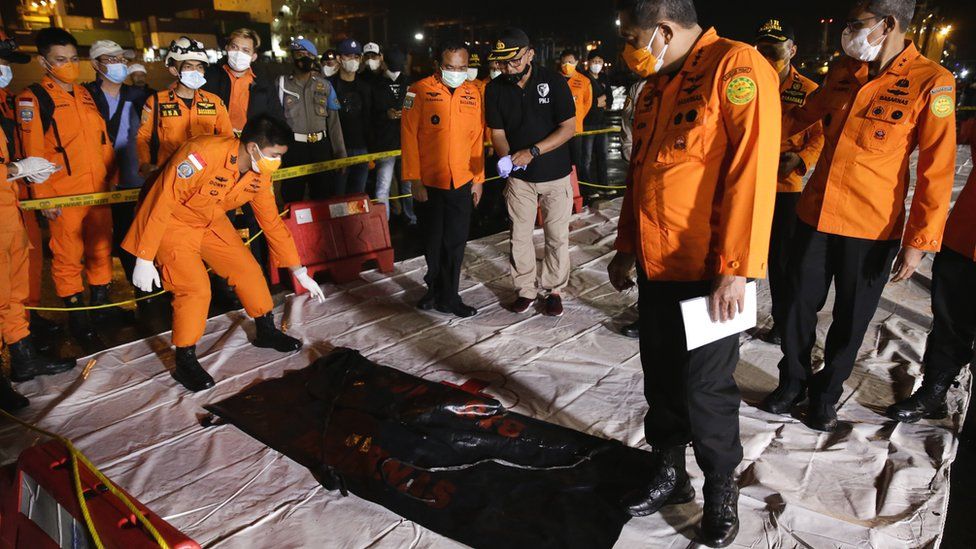 Indonesian investigators inspect an item they believe could belong to the missing plane. picture AFP

After earlier reports that rescue crews have identified strong signals from the two ‘black boxes’, their location has now been identified. A special research vessel is arriving to help retrieve them. Authorities hope to have them today.The depth of the wreckage may be a bit more than originally reported, at 20-23 meters.

Search and rescue crews continue to retrieve more human remains. There are no signs of survivors.

On Monday the 11th, Basarnas (Search & Rescue) report that they are still working on the recovery of the black boxes. However, their primary focus at the moment is the recovery of human remains.