Single-Aisle Alternatives To Boeing And Airbus?

Boeing and Airbus are the predominant choices for single-aisle aircraft today. But there are some offerings beyond these, for those who want them.

Say you want to start an airline. You want to carry around 160 to 200+ passengers at short and medium haul distances. You have a bit of money to spend, so you’re looking at new aircraft only. So, you’ll have to choose between the single-aisle Airbus A320neo or a Boeing 737 MAX. Right?

Going by the overwhelming majority of airlines, the answer would be an emphatic ‘YES’. But there may be some reasons why you’d like to look elsewhere. Depending on where you are in the world, these reasons might be compelling, too.

It is customary to say that the aviation world is now in a ‘duopoly’ situation, with Boeing and Airbus cornering the market. Embraer and Bombardier are around, too – the latter now part of Airbus. There were plans afoot for an Embraer merger with Boeing, too. We don’t know how realistic those were, but in any case this was yet another proposition that went away in the glorious Covid-striken year of 2020.

However, even back before we had this duopoly, the single-aisle, 155+ passenger market WAS a duopoly. Lockheed never made a plane for this size. The DC-9/MD-80 got very close (with the MD-90) but no further. If we go back far enough we will eventually find some more players, but in the last 35 years or so, Boeing and Airbus were your only options. So, say you don’t like Airbus or Boeing. Is there anything out there for you?

China’s single-aisle competition to Airbus and Boeing, the COMAC C919

Hailing from China, this is a single-aisle aircraft, specifically designed to complete with the A320 and 737 series. It’s still in testing, but should get its certification sometime in the second half of 2021. It should enter service soon thereafter.

Since it’s really the same size as the other two, it’s not surprising that it uses the same engines. To start with at least, it will have CFM’s LEAP engines. The variant for the C919 is the -1C. In case you didn’t know, -1A is for the A320 and -1B is for the 737MAX. A for Airbus, B for Boeing, C for COMAC. Nice and tidy.

Actually not completely tidy. CFM is a consortium between Safran in France and General Electric in the US. The United States considered putting sactions on China earlier this year, before reversing this decision. In any case, COMAC intends to re-engine the single-aisle aircraft with locally-designed and made engines. The AVIC company is developing the ACAE CJ-1000A high bypass turbofan for the aircraft. However, these won’t see service use before 2030.

COMAC hopes to sell 2,000 C919s. Others estimate the number to be closer to 1,200, due to the aircraft’s design being a bit too conservative. Despite having the latest generation of engines, some think it will be about as efficient as the previous-generation of single-aisle Boeings and Airbuses.

Time will tell, but discounting China is probably not a good idea. For a while Ryanair was interested in the project, which is interesting in itself. And in any case, China’s own market is huge, which makes prospects rather good for the C919, considering that many the country’s airlines are state-owned. 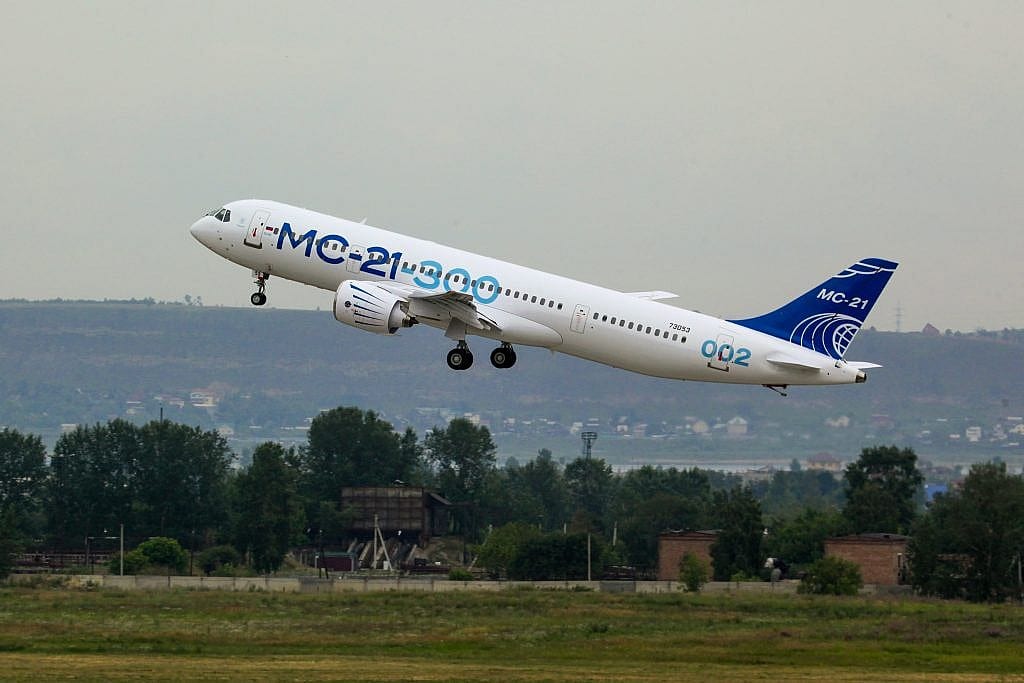 Russia’s single-aisle competition to Airbus and Boeing, the Irkut MC-21

This is a Russian single-aisle aircraft, from the Yakovlev Design Bureau. The design hails from older studies from the same manufacturer, originally under the name Yak-242. The original idea was for a design seating up to 163 passengers. Eventually the company added a version for up to 211 people.

The aircraft is still in testing, but should get its certification sometime in 2021. Again, engine choices will be familiar to B737-A320 watchers. This time the first aircraft off the line had the Pratt & Whitney PW1400G. This engine is an option for the Airbus A320neo. If all this seems a bit familiar, so will the next paragraph…

The development of the aircraft was shadowed by the possibility of US sanctions. Irkut planned to get many critical components from the United States. These included the engines, of course, but also avionics and other electronics. However, fitting Russian-made engines in the aircraft was always in the plans. The Aviadvigatel PD-14 engines have already received Russian certification and should start flight testing soon.

The already-available local engine isn’t the only difference between the development of these two single-aisle aircraft. Unlike the C919, the MC-21 is a rather bold design. It features advanced composite materials throughout, including structural components like the wing box. The manufacturer thus hopes to have a very light and very efficient aircraft, that should compete head-to-head with Boeing and Airbus.

Unfortunately, this is where there’s another difference with COMAC’s plane: the size of the local market. At the moment the C919 has a bit over a thousand orders and options put together. The Russian single-aisle has only 175, mostly from Russia. Unlike the Chinese offering, for the MC-21 to be successful it will definitely need substantial orders from abroad. 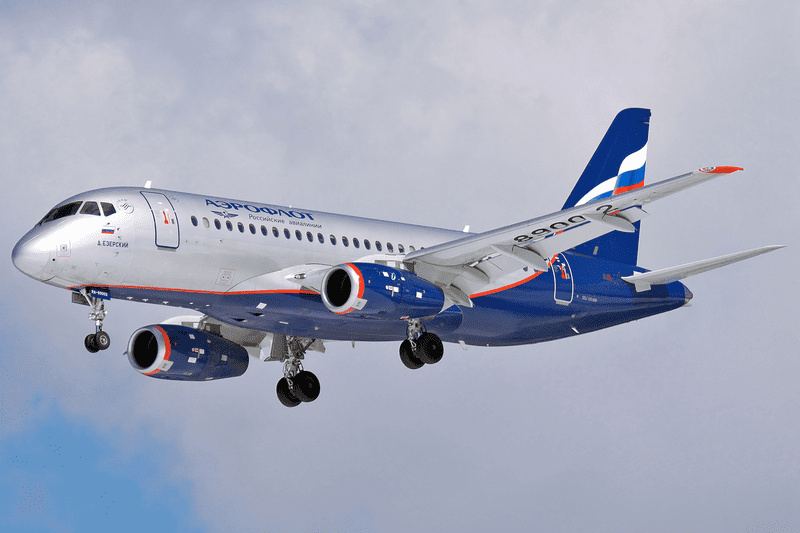 There are other single-aisle aircraft out there that are available but don’t quite meet the size criteria. Still in Russia, the Sukhoi Superjet is already flying for the airlines. But with a maximum of 108 passengers, it is solidly in the regional jet category. But it is interesting for some of its design choices, including the engines.

Again, a version of the plane with all-Russian components is in the works. But even as-is, the plane has not been as successful as other smaller single-aisles, like the Embraer E-Jet. Embraer is really strong in the regional jet market, having grown into it over the years. Their biggest offering is the E195. In its latest E195-E2 variant, it can carry up to 146 passengers. Still, it’s a strong contender for an airline with regional routes and the occasional demand for more passengers in some.

Finally, there is what would have been the Bombardier C-series, but is now the Airbus A220. Recently an even bigger version, dubbed the A220-500 was supposedly under discussion, which would push against the likes of the A319. But it’s an Airbus, so we will have to examine it at another time.