The crew of an Embraer E175 operating an American Eagle flight nearly lost control due to a trim switch – that they shouldn’t have been using.

This bizarre incident happened on the 6th of November 2019. The NTSB released its final report on the event recently, explaining the sequence of events that made it possible. It involved American Airlines (American Eagle) flight AA-4439, which was operated by regional carrier Republic Airways. There were only 6 passengers and 3 crew members on board the E175, during this trim switch incident. 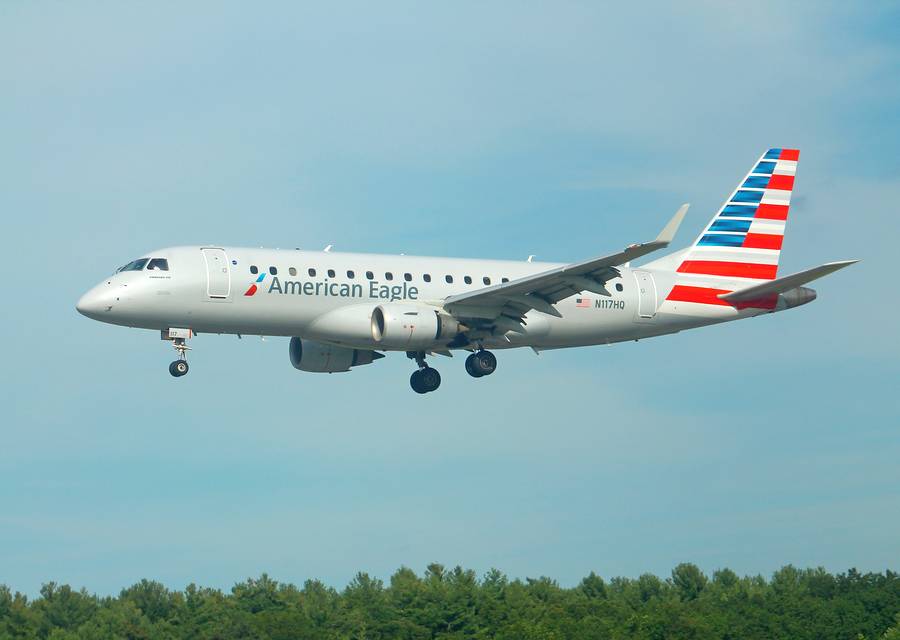 Flight AA-4439 departed from Hartsfield–Jackson Atlanta International (KATL), heading for New York’s LaGuardia Airport (KLGA). But the trim switch issue had actually started two flights earlier – on the first flight of the day for this E175 and its crew. During that flight (from Detroit – KDTW to LaGuardia), the crew got “PITCH TRIM SW 1 FAIL” in their EICAS display.

The message indicated a failure in the trim switch on the captain’s yoke. The captain, who had been at the controls, informed the airline about the issue after landing. A maintenance crew came on board the E175 and decided to replace the trim switch with a new one. The crew informed the pilots that getting a new switch would take 20 minutes, and started removing the faulty switch. 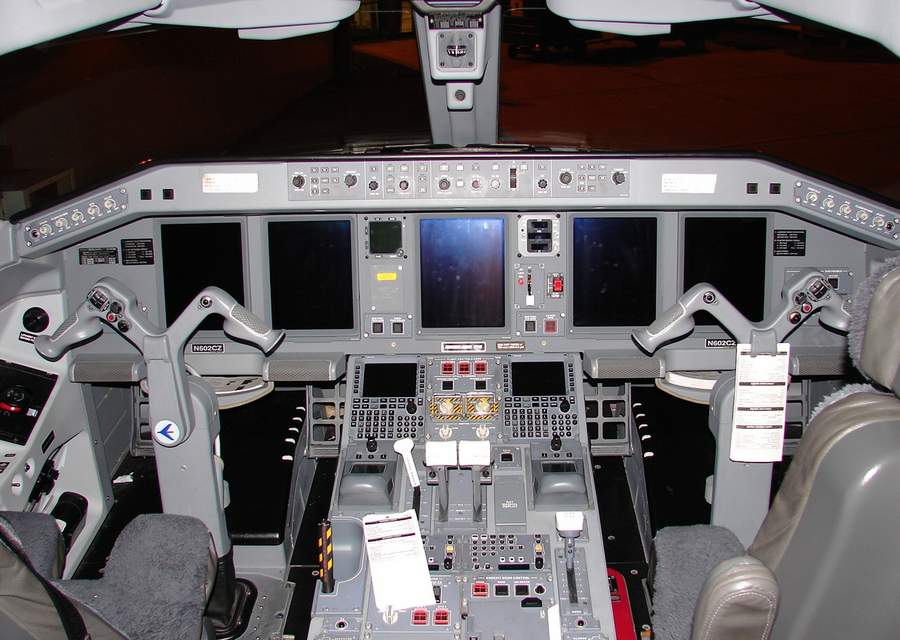 But shortly afterward, the maintenance crew decided to defer this change, per the minimum equipment list. The NTSB’s report doesn’t go into the reasons for this. In any case, the E175 maintenance crew re-installed the existing trim switch in the captain’s yoke and placarded it as inoperative (INOP). They advised the captain to make use of his backup trim switch instead.

Usually, placarding a switch as ‘INOP’ is done on the switch itself. But in this case, there was no space on the captain’s yoke for such a placard, so the maintenance crew used an alternative method, to indicate it. This meant that the captain still had access to the switch, despite its inoperable state. 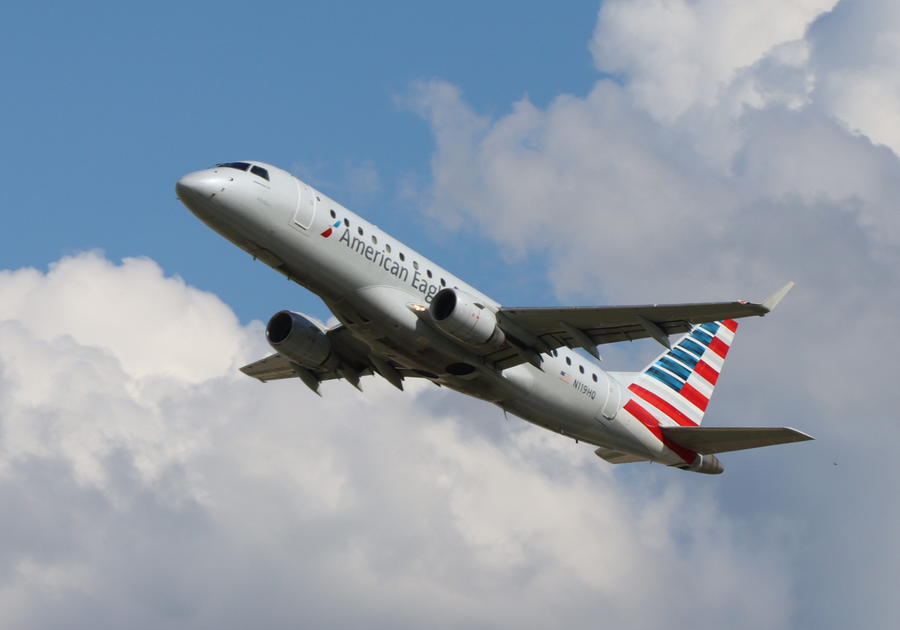 But crucially, the maintenance crew did NOT function-check the trim switch before leaving the E175. This was simply because they marked the switch as inoperable. Disabling a switch when it’s INOP was not a standard requirement at the time. We now know that the maintenance crew installed the trim switch upside down. So, a nose-up trim input would result in a nose-down trim command, and vice versa…

The E175 flight crew did not notice the issue with the trim switch on the next flight. This was because it was the first officer who flew that leg, not the captain. But as soon as the crew took off again from Atlanta, now as flight AA-4439, the captain, now pilot-flying, knew something was wrong. The captain interpreted the aircraft’s behavior as a trim runaway. 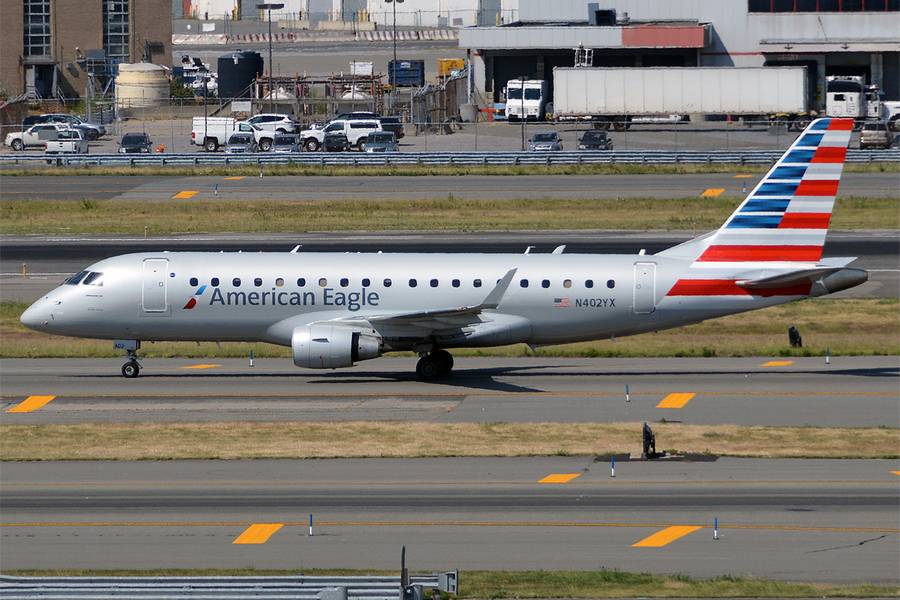 The captain then followed his airline’s single memory item for a trim emergency, which was to push and hold the autopilot/trim disconnect button. This should have stopped any manual or autopilot-commanded trim inputs. Embraer’s memory item for this situation also called for pushing the trim cutout buttons.

The flight data recorder (FDR) in this E175 would later show that the captain’s trim switch on the yoke made several nose-up trim commands. Normally, the pilots would have consulted their quick reaction handbook and seen the pitch trim runaway checklist, which would have indicated Embraer’s extra step, to push the trim cutout buttons. But at this point, BOTH pilots were pushing their yokes forward, to keep the aircraft from climbing – and stalling. 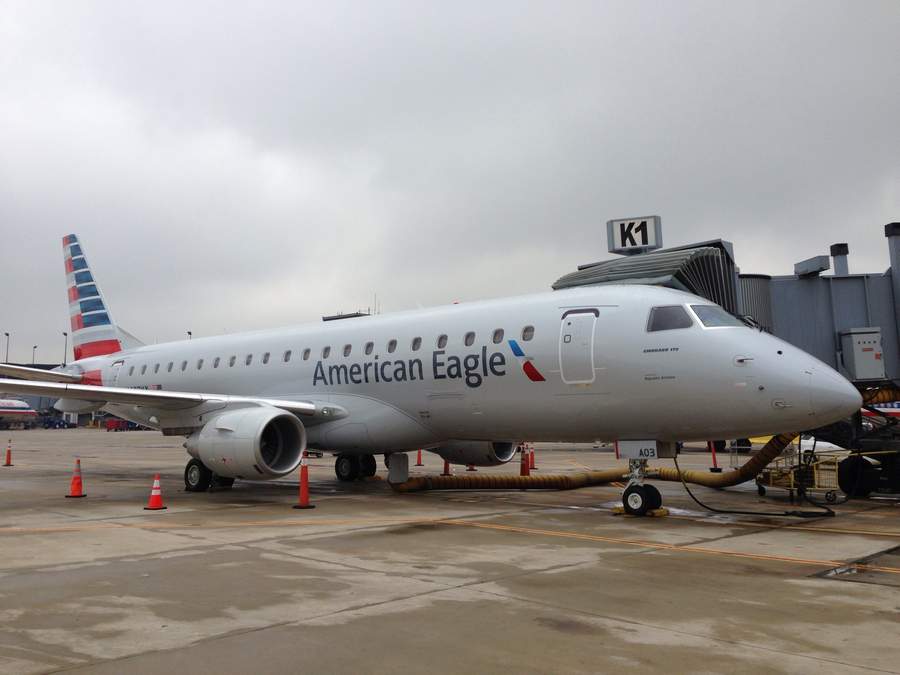 The captain had to bank the aircraft, to keep the nose from climbing too high and the aircraft from stalling. Even so, their indicated airspeed got as low as 138 knots. Eventually, the captain momentarily handed the controls to the first officer, to talk to air traffic control. Thanks to a serviceable trim switch on the right side, the E175 first officer managed to make nose-down trim inputs.

The aircraft was back under control. Later, the captain took back control for a two-minute period, at which point the aircraft again began to pitch upwards. Recognizing the pattern, the captain then handed control back to the first officer, who once again recovered the aircraft. The American Eagle Embraer E175 touched down safely on runway 10 in Atlanta.

In an interview after the incident, the E175 captain confirmed that he knew that he should not have used the trim switch on the yoke. But the use of this switch was a “highly practiced behavior” and came as second nature. The captain was using the switch without being aware that he was doing so. Before passing control to the first officer, the captain’s inputs commanded the horizontal stabilizer to a full nose-up position. 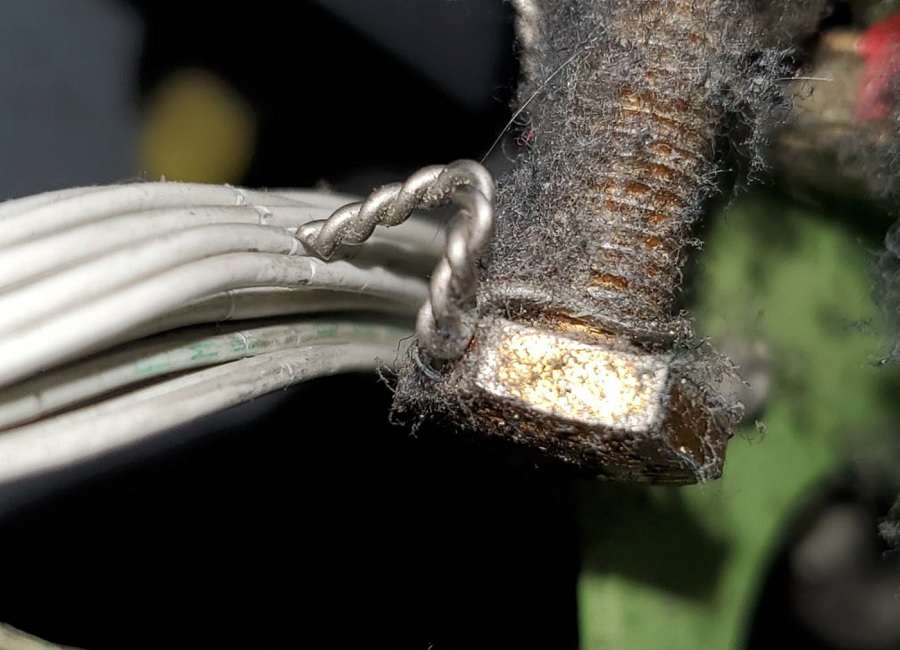 The tip of a safety wire “pigtail” that pointed the wrong way, chafed against a row of wires at the base of the captain’s control column. Photo: Republic Airways via NTSB

The cause of the initial pitch trim fault involved damaged wiring, causing momentary shorts in the system (see above). This wiring was at the base of the control column, so maintenance crews had not been able to identify it earlier.

The subsequent investigation confirmed that the trim switch had been re-installed backwards. A Service Bulletin (SB) from Embraer would have made this upside-down installation impossible, but it wasn’t mandatory at the time; it is now. Embraer and the FAA also mandated that E175 and other E-series aircraft can’t be dispatched with a trim switch deferred under the MEL.