Qantas, the oldest continuously running airline in the world, became 100 years old on November 16th. They are doing so during a devastating global pandemic, but are confident they can survive it. It’s not the first time they’ve had to deal with one, after all.

They’re world famous, yet many people would struggle to remember what their name stands for. The Queensland and Northern Territory Aerial Services Limited company opened on this day, in November 1920. They were initially carrying mail between isolated towns in the Australian outback. 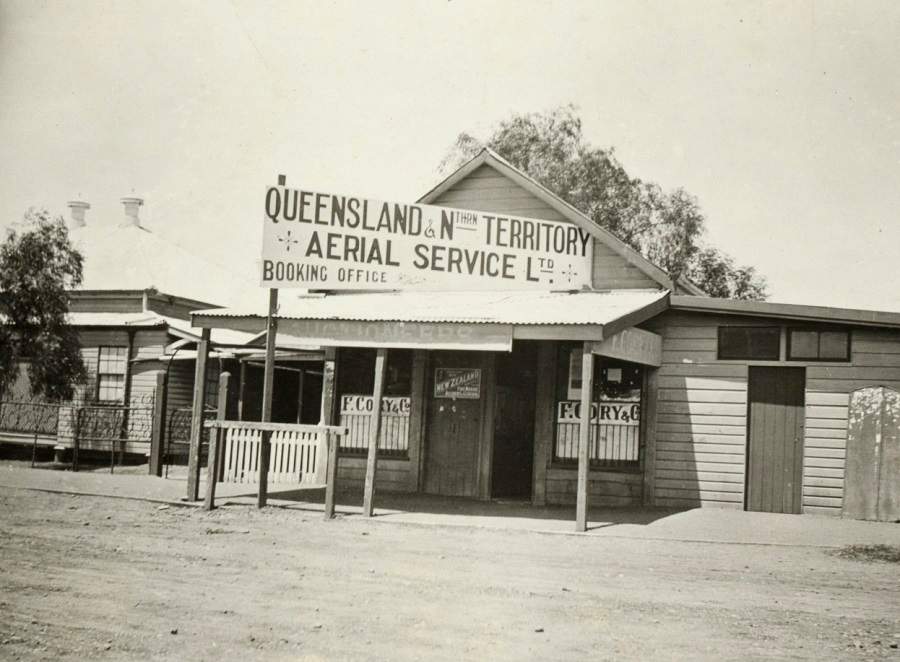 Qantas’ founders were two pilots, formerly with the Royal Australian Flying Corps. They were Hudson Fysh and Paul McGuinness. There was a third co-founder, a local grazier in the town of Longreach, called Fergus McMaster. That sounds a bit rough around the edges, and very likely was.

According to Qantas, their first board meetings took place in the town’s tailor’s shop. It was the obvious choice, because it had the longest table. Aviation back then was still a novelty. Most people had never heard of it and those who had, thought it a hobby for rich men and daredevils. At best, it was something to do with the war. 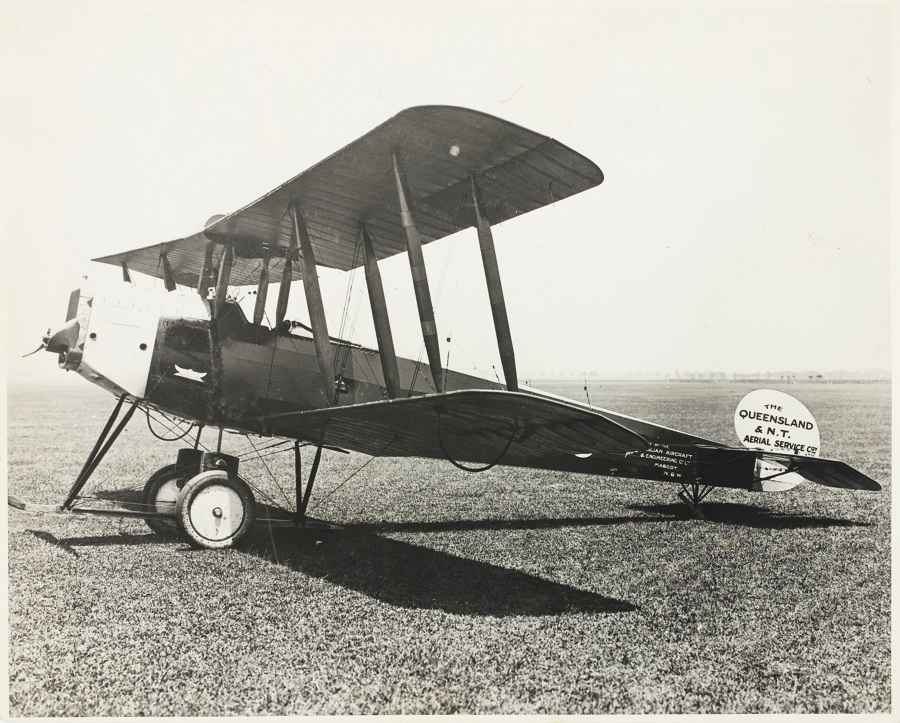 An Avro Dyack, reportedly the first Qantas plane, in 1921

Apparently the locals also saw Qantas as a somewhat uncertain endeavour. Some of them referred to their own investment to the company as “a donation”. And while the war was over, they and the rest of the world had a pandemic to worry about. Then it was (wrongly) called ‘The Spanish Influenza’. At first Australia avoided the worst of the first waves of that pandemic.

Then followed a series of quarantines and travel bans (sound familiar?). They probably helped, but the pandemic claimed its last victims as late as 1922-23. Somehow Qantas’ air mail business and its investors/donors kept going. And later still, things started to move very quickly. Mail gave room (some of it, anyway) to passengers. And in the 1930s, the company the grazier and the two fighter jocks put together, started international flights. 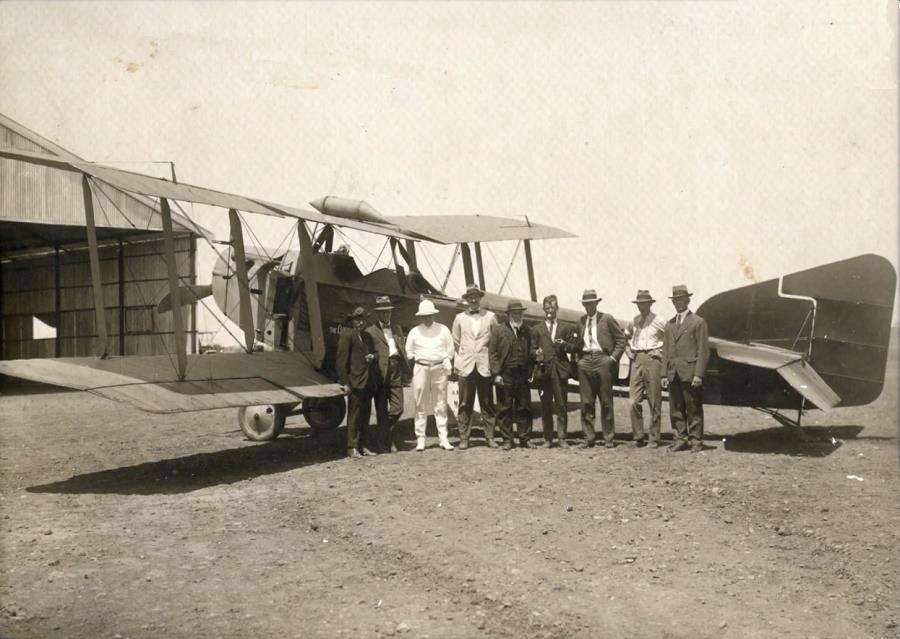 Qantas flew mail and even passengers with these aircraft

If the term “oldest continuously running airline” made you wonder, yes, Qantas operated during WWII. The airline had the rather unenviable task of maintaining the air link with Britain through the war. And that involved flying in radio silence, over vast amounts of very unfriendly airspace.This was on airboats, and a lot of it was at night. The crews called them ‘Double Sunrise’ flights, which was an accurate description.

There are many more stories, where Qantas was called upon to help. The country’s position in the world, plus the vast distances within it, made occasional scrambles to help and evacuate communities as inevitable as they were invaluable. 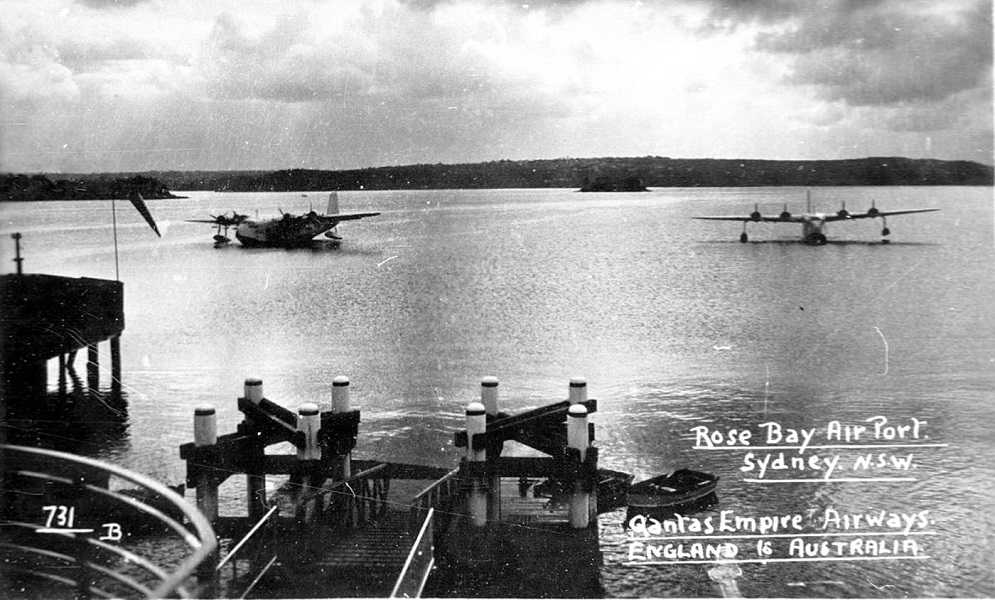 Where do ‘Air Boats’ dock? To an ‘Air Port’, obviously.

Qantas played a role in evacuating the city of Darwin after Cyclone Tracy in 1974. And in the process, set a record for the number of people boarding a Boeing 747: 674. Unfortunately, this wasn’t their last crisis. This year Qantas was one of many airlines who brought people back to their own country during the latest pandemic.

Qantas Chairman, Richard Goyder, said: “The history of Qantas shows it’s no stranger to a challenge or a crisis. That’s often when its role as the national carrier has really come to the fore…”

Qantas has been through many other changes, including nationalization and re-privatisation. They’ve also launched satellite airlines, and other initiatives over its 100 years that are too numerous to mention here.

Things have moved right along. Last year Qantas painted this 787 with a special livery, for this year’s centenary.

So with this history, it is really unfortunate that they will have to celebrate their centenary in the pandemic. Qantas had big plans for celebrations. Alas, a series of low-level flyovers in Sydney Harbour and elsewhere, will have to do. Unless they have some surprises up their sleeves.

Qantas Group CEO, Alan Joyce, said: “Around the world, Qantas is probably best known for its safety record, endurance flying and long list of aviation firsts. But for Australians, there’s nothing quite like seeing the flying kangaroo at the airport, waiting to take you home. We hope to be doing a lot more of that in the months and years ahead.”