A recent report shows how a tire issue caused an A320 crew to have a hydraulic failure later in their flight, which they handled safely. 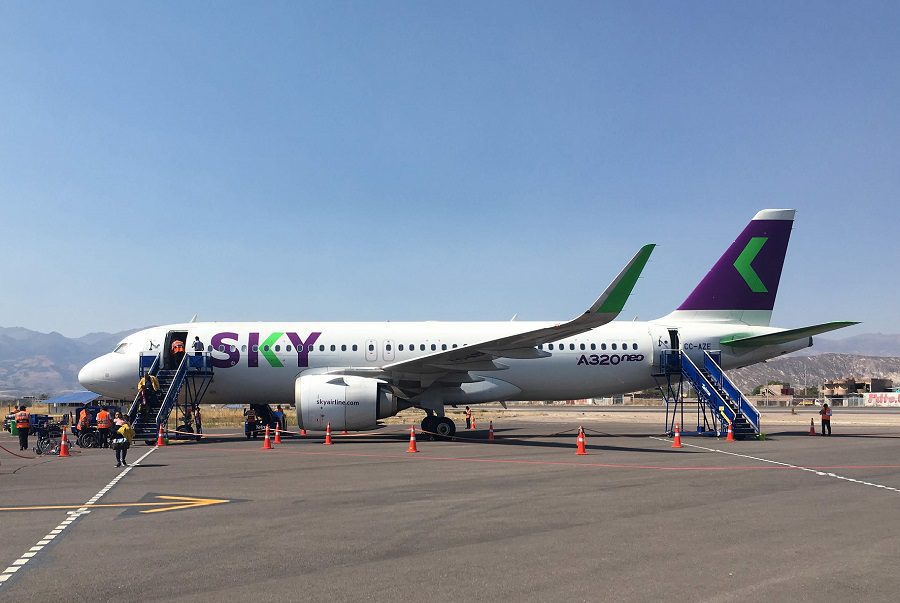 There were 142 passengers and 6 crew members on board the incident flight. According to the investigation, the flight’s departure from Arequipa appeared to be normal. It doesn’t appear that the crew realized that they had a tire problem, but late in their climb, they saw the beginnings of a hydraulic failure. Initially, they got the ECAM message: “HYD Y RSVR LO LVL”. This meant that the Y (yellow) hydraulic system’s reservoir was low. 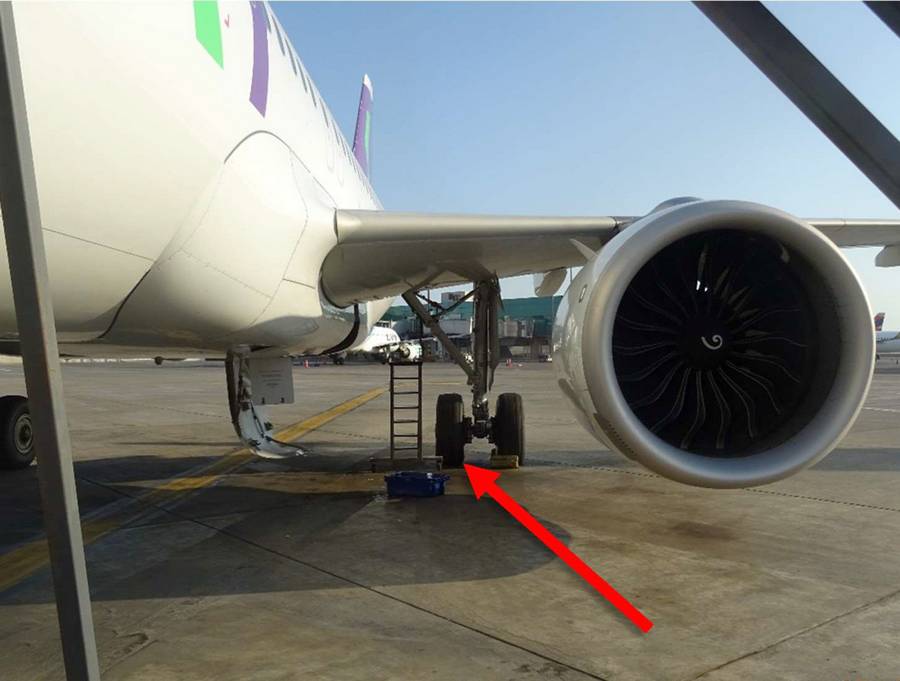 The crew soon got more ECAM messages, all of them relating to the Yellow hydraulic system. The crew handled these issues following their non-normal checklists. While they still didn’t know the connection between this failure and a tire, the crew knew that there were other implications to the loss of the “Yellow” hydraulic system. 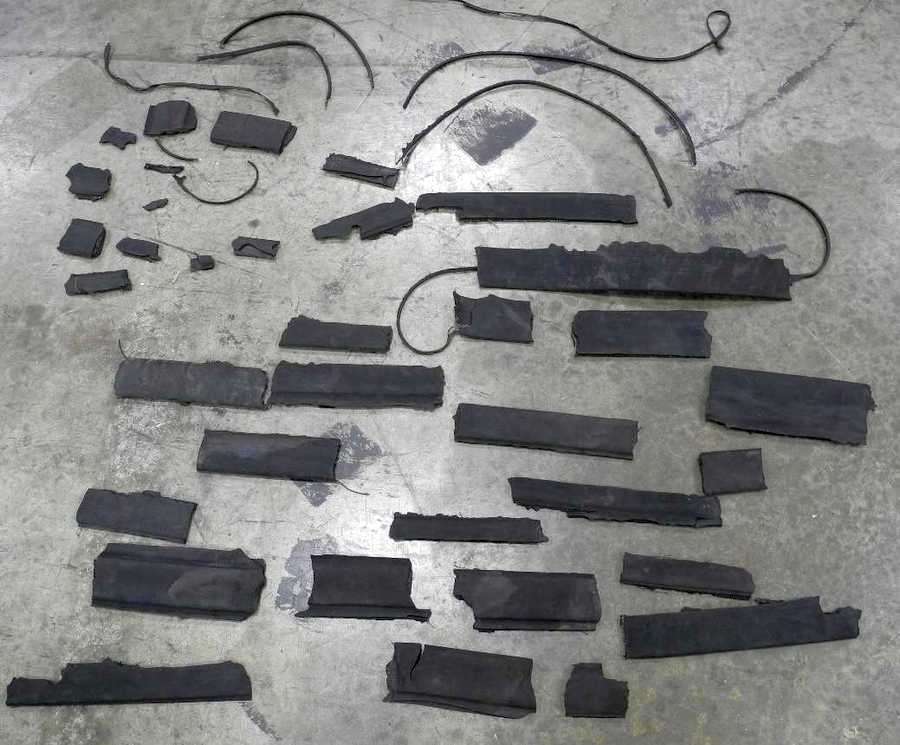 The flight crew would lose their parking brake, some of their spoilers, one thrust reverser, one yaw damper, and nose wheel steering, among other systems. In particular, the loss of nose wheel steering meant that the aircraft would not be able to taxi off the runway. Analyzing their options, the crew decided to continue to Peru.

What had actually happened, is that the No2 tire (inboard tire of the left main gear) delaminated during the takeoff roll. Many pieces of tread came off the tire, one of them damaging a hydraulic line, causing a leak and the failure. Of course, this was just one of three hydraulic systems, so the aircraft was still safe. 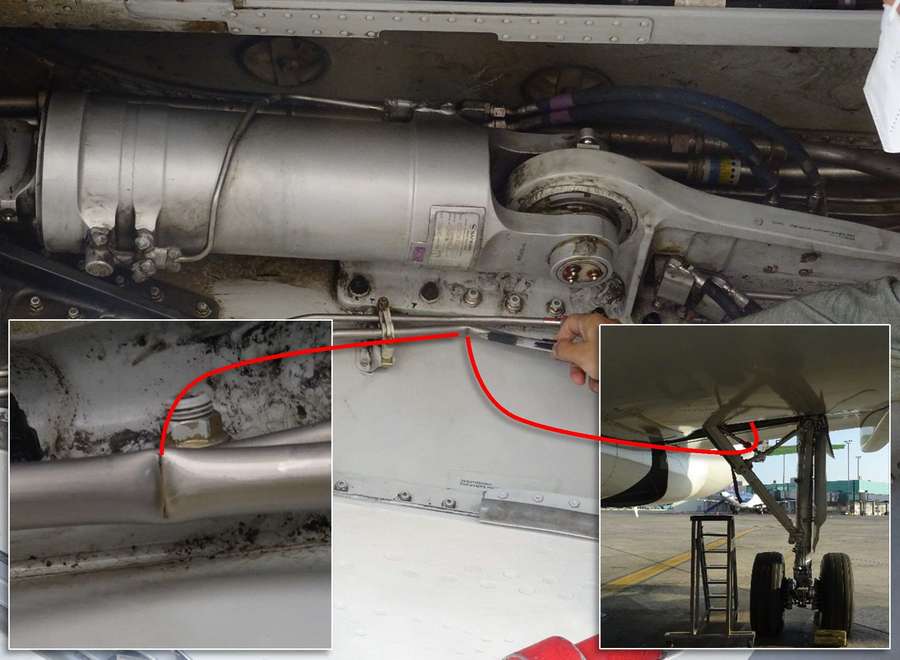 Despite their damaged tire and the hydraulic failure, the Sky Airlines flight crew landed their A320 safely on runway 15 in Lima. They then stopped there, waiting for a tow. But the airport authorities knew of their issue, so a tow vehicle soon arrived, bringing the aircraft safely to the apron. The passengers disembarked normally. 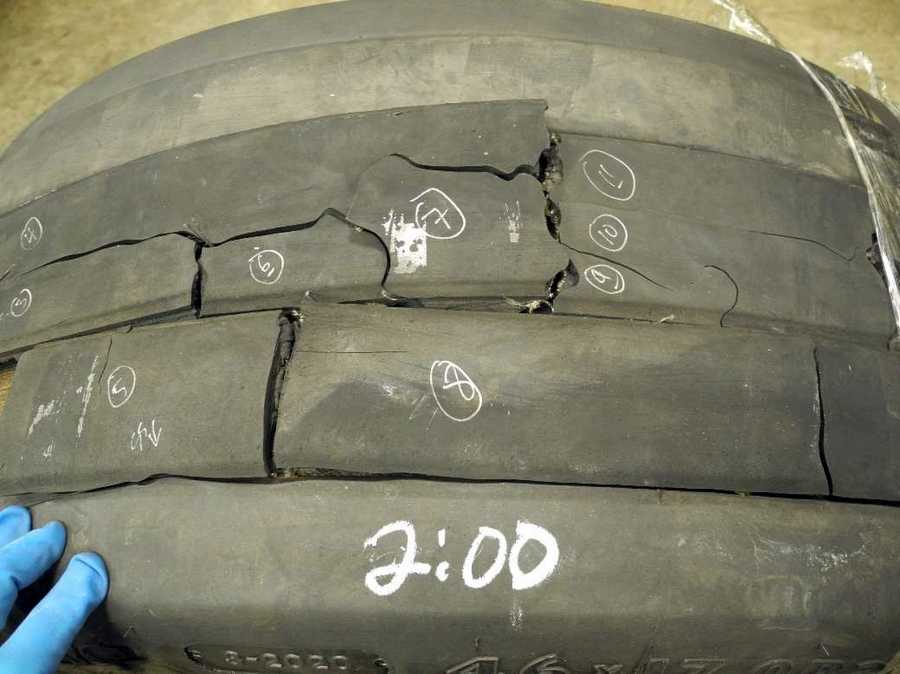 Tread fragments back on the tire! Photo: AIB Peru

In their investigation, AIB Peru analyzed in detail both the delamination of the tire and its consequences for the hydraulic failure. The aircraft had also sustained some damage to an element of the flap, immediately behind the wheel. After the climb, the flight’s pilots monitored and verified the status of their hydraulic systems. They did not declare an emergency, but they did require priority for landing in Lima.

The incident aircraft returned to service following an inspection and repairs to its hydraulics and flaps – and tires. This is an Airbus A320-251N (Neo), with tail number CC-AZE. It was just over two and a half years old at the time of the event.