INCIDENT: J-3 Cub Takes Off With No Pilot And Crashes!

A strange incident involving a J-3 Cub crashing without a pilot happened last Tuesday, to the bemusement of many. There were no injuries!

We don’t often look at general aviation incidents or accidents, but this one caught our eye. However it is NOT what we mean when we discuss UAVs (unmanned aerial vehicles). Most of these can fly more than 1.5 miles (2.4km) anyway. Still, that’s an impressive distance for a J-3 Cub to fly without anyone in the controls, as in this incident! But how is it even possible? 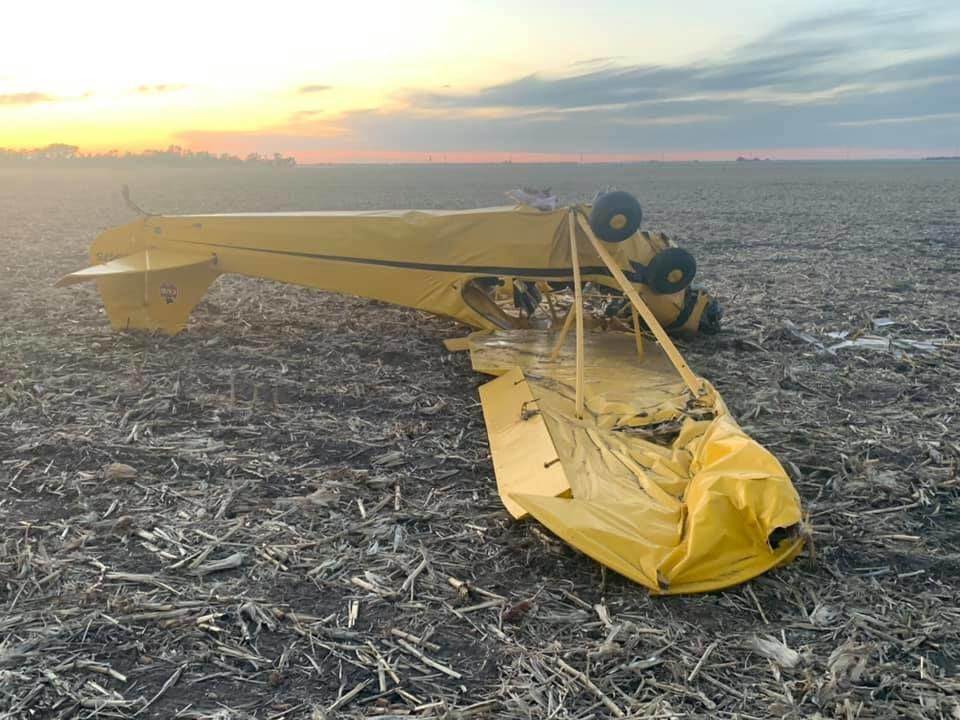 It happened on the 4th of May, in Central City Municipal Airport – Larry Reineke Field (07K) in Merrick County, Nebraska. The incident aircraft is a 1941 Piper J-3 Cub, that was undergoing maintenance. Like many other small aircraft of the period, this beauty was built without an electrical system. Owners of many J-3s have since upgraded them with electrics, but not all of them, including this one.

The lack of electrics is important, because it played a central role in how the incident J-3 Cub got away. During maintenance, the mechanic working on the plane wanted to start it up. With no starter, this means hand-propping the plane – carefully. It appears that there was nobody around to assist the mechanic in this task, sitting in the plane. 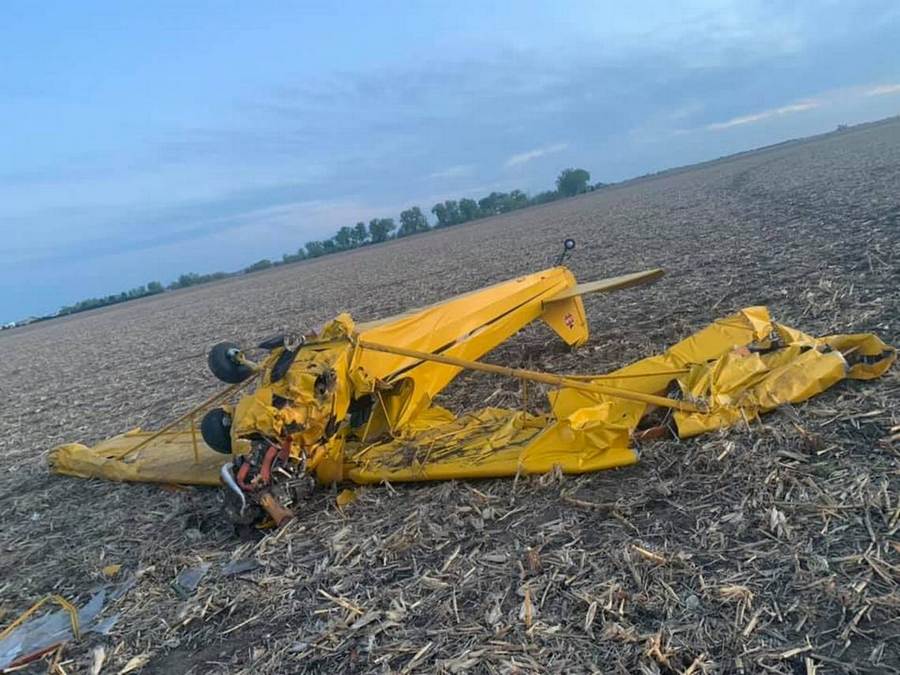 Unfortunately, it looks like the mechanic mistakenly hand-propped the plane while the throttle was wide open. A 1941 J-3 Cub has around 85 hp, which may not sound impressive but with no occupants and (probably) little fuel, it would accelerate rather swiftly. And by the looks of it, it did.

The incident J-3 Cub took off and flew for approximately 1.5 miles (2.4km), before ‘augering in’, in a corn field. Fortunately there was nobody around, and obviously no injuries on-board. There are no signs of a post-crash fire, either. Unfortunately, the tube-and-fabric structure of the aircraft appears to have sustained a lot of damage. The 80-year-old plane is a complete loss. 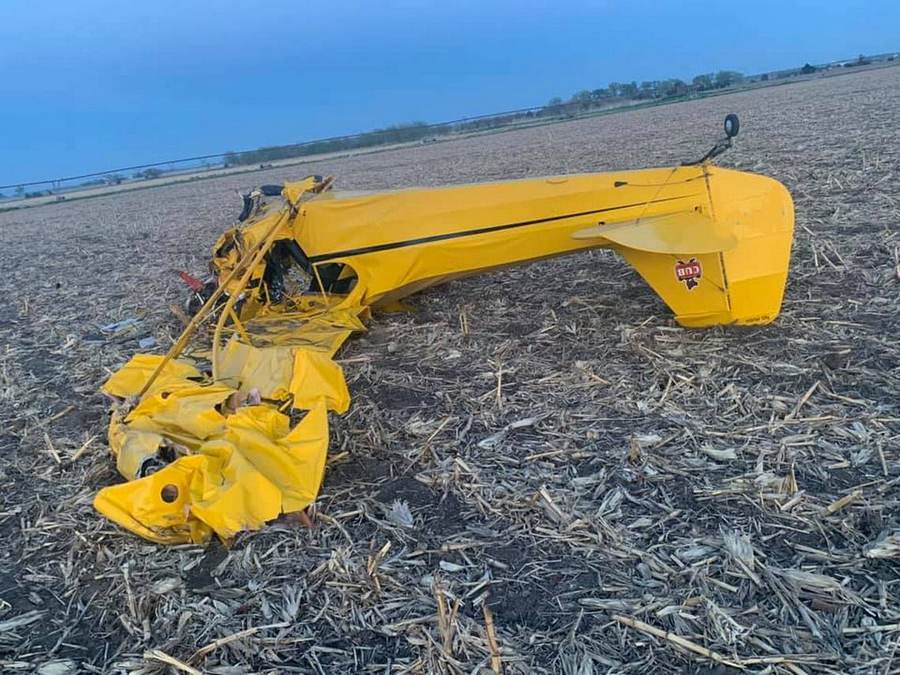 The weight and balance of a J-3 Cub with no occupants, like in this incident, is interesting. Flying the Piper Cub solo famously calls for the pilot to sit in the rear seat. The screwjack looks to be at (or near) full nose-up trim. In any case, it’s hard to argue with the results: it seems clear that it is stable enough to fly for at least a mile and a half!

J-3 Cubs like the one in this incident trained multiple generations of pilots. Today we think of planes like the Cessna 172 as the ubiquitous trainers, but the humble Cub preceded them all. In WWII, many a pilot went from a J-3, to a Stearman, to a T-6 Texan, to a Mustang or a Jug. 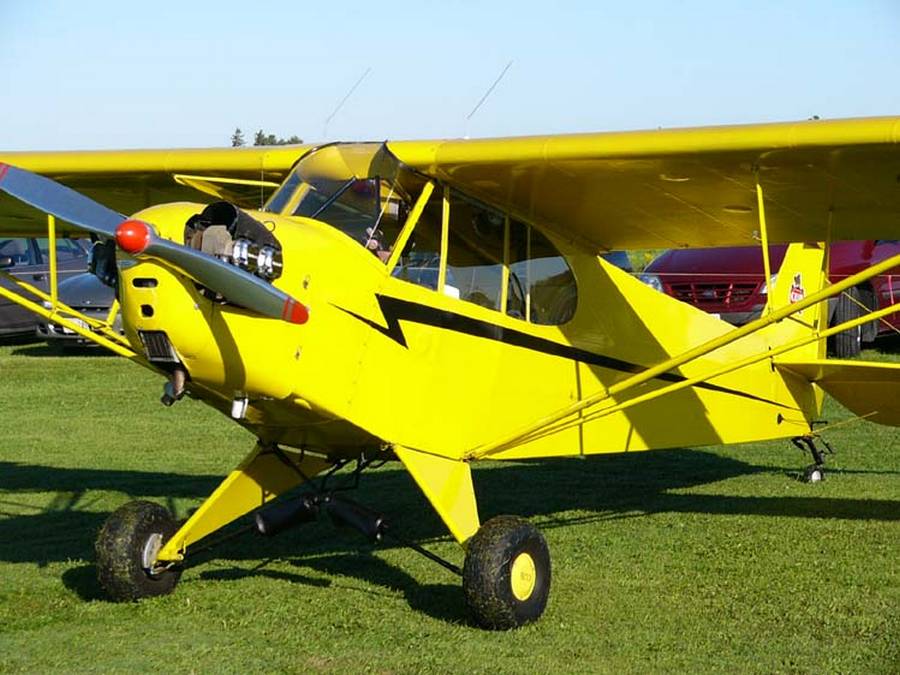 An Insult to Injury?

A footnote to this incident is that… it’s an incident. Typically, an event bad enough to destroy an aircraft would be an accident, even with no injuries. However, the NTSB describes the J-3 Cub’s adventure as an incident, because there were no people on board. Spokesman Peter Knudson said:

“There was no person on board the aircraft so it would not meet the definition of ‘accident’ for our purposes. We do investigate accidents involving unmanned aircraft systems, but this was not one of those.”

We can’t help wondering if the same principle would apply if something similar happened with a Boeing or Airbus. With any luck, we will never have to find out!