An A321 crew faced serious trouble on take-off when both engines faltered due to fuel contamination. Afterwards, the cause was just as alarming.

A Titan Airways Airbus A321 reg. G-POWN, was performing a positioning flight from London Gatwick (EGKK) to London Stansted (EGSS). Unbeknownst to the crew, the aircraft had a fuel contamination issue, already from previous flights. Unfortunately, its unpredictable nature made it hard for crews to diagnose. The aircraft took off from runway 26L, and had climbed to just 500 feet AGL when the LEFT engine suffered a number of surges.

The Titan Airways Captain made a MAYDAY call, asking to return to runway 26L. At the same time he returned the left engine’s throttle to idle and started a right turn, back to the runway. But while monitoring the engines, he noted that the RIGHT engine’s indications were not stable. Then an ECAM message indicated that this engine was stalling. The aircraft was now levelling at 3,600 feet AGL. The Captain then moved the lever of the LEFT engine out of idle. 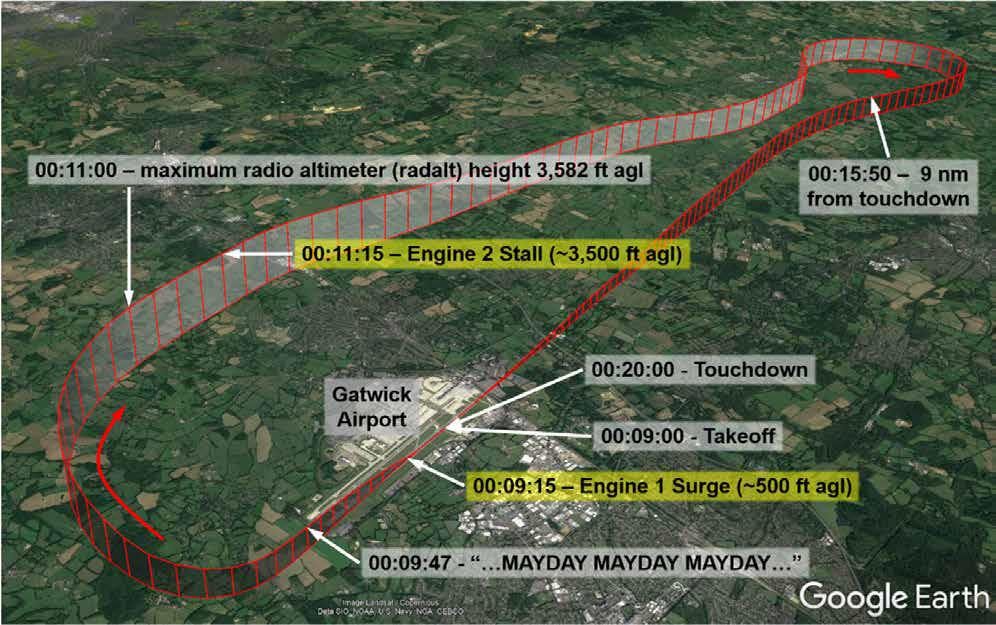 The flight path of the incident aircraft. Image: AAIB

The crew strove to maintain N1 on both engines (CFM56-5B) at around 49%. Despite the fuel contamination, the engines appeared somewhat stable at this thrust level. The crew set up the stricken Airbus for a 9 nm final. They would approach slightly higher than normal, to allow for a lower thrust level on final approach. The aircraft made an uneventful landing – even thrust reverse appeared to work!

The incident happened on the 26th of February 2020. The British AAIB published its final report on the incident today (4th of May). The fuel contamination that caused these issues had to do with something called ‘biocidal treatment’. About a month before the incident, the aircraft underwent extensive maintenance. That process included the taking of fuel samples from the plane’s tanks, for examination. This fuel showed signs of moderate microbiological contamination.

This meant that there are signs of micro-organisms in the fuel. This can happen if there is enough water accumulating in the tanks over time. These organisms live in the water, but feed off hydrocarbons in the fuel itself. The solution to this contamination is to mix a specific amount of biocide material in the fuel, and let it sit for an appropriate amount of time. 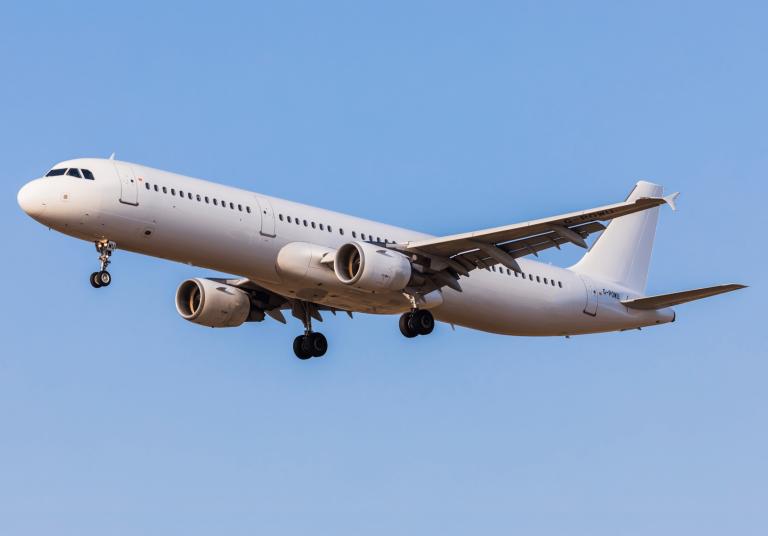 This is where things get a bit strange. After confirming the microbiological contamination, an aircraft maintenance engineer set about mixing the requisite material with a quantity of fuel. The procedure called for adding the biocide (Kathon FP 1.5) at a ratio of 100ppm by volume. The engineer had the appropriate EASA Part-66 B1 license for the task. However, this engineer was not familiar with the term ‘ppm’ (parts per million).

It so happened that the term did not appear in its expanded form anywhere in the available documentation. A second engineer was also unfamiliar with the term. Both engineers used on-line calculators, in search for an appropriate conversion formula. Knowing the amount of fuel they would mix with the biocide (6,200kg/13,669lbs in each tank) they decided on 30kg (66.14lbs) of Kathon per tank. The correct amount would have been 0.799kg (1.761lbs) per wing tank.

Not Overwhelming Enough (To Attract Attention)

That is approximately 37-38 times more than the right amount, turning a microbiological contamination into a fuel contamination. Worse, the engineers didn’t mix the material into the fuel properly. This likely made the fuel contamination hard to diagnose. The aircraft actually flew three times before the incident flight. There were ECAM warnings on these flights, but their meaning wasn’t clear. Engines proved hard to start, but appeared to run normally once they got going. Except for the flight immediately before this one, in which engine No2 momentarily appeared to stall.

Engineers at the airport could not diagnose the problem. The biocide treatment had taken place at a different service base. Had the engineers mixed the biocide correctly, it might have made its presence felt earlier. Nevertheless, the final AAIB report on this fuel contamination praises the flight crew. They used good CRM and returned the aircraft to the ground safely. However the possible implications of this incident raised alarm in aviation authorities worldwide.

There are more factors here, beyond a simple fuel contamination. Aviation fuels also include additives for anti-icing, anti-oxidants and anti-foaming agents. More additives can interact with these, complicating matters. The AAIB report also highlights maintenance errors after the previous flights, that failed to pinpoint the issue.

The FAA in the US and EASA have issued a number of service bulletins and recommendations as a result. They both now consider treatment with biocide additives to be a critical maintenance task. This has implications on the safeguards that crews have to use. The manufacturer of Kathon discontinued the use of this product for aviation fuel applications. The maintenance facility also changed its procedures and training, to preclude future fuel contaminations.

The full AAIB report is HERE