The crew of an Embraer E195 was taking off when a military aircraft simultaneously made a low approach from the opposite end of the runway!

This rather unusual incident took place on the 27th of May this year. It involved Azul flight AD-4299, morning a service that the airline runs six times per week. It flies from Petrolina Senador Nilo Coelho Airport (SBPL) to Recife Guararapes International Airport (SBRF) in Brazil. Azul typically uses an Embraer E195 for this flight, as it did in this case. 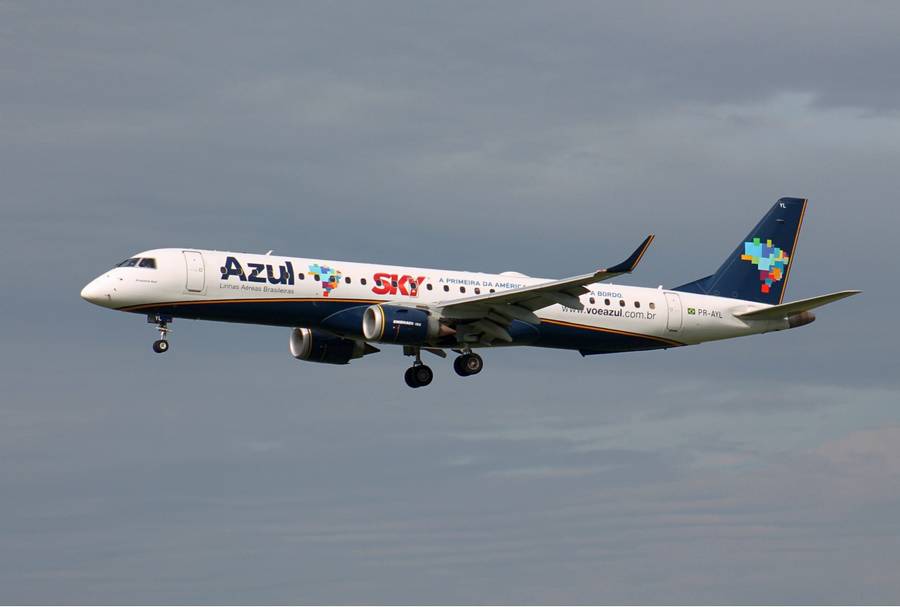 On the day this E195 crew had their run-in with the military aircraft, they prepared to depart using runway 13. But crucially, Petrolina Airport appears to be an AFIS (Aerodrome (Flight Information Service) facility. This means that instead of typical air traffic control, Pertolina only has an AFIS officer (AFISO) advising aircraft on traffic and other parameters. However, the flight crews are responsible for their separation from other aircraft. 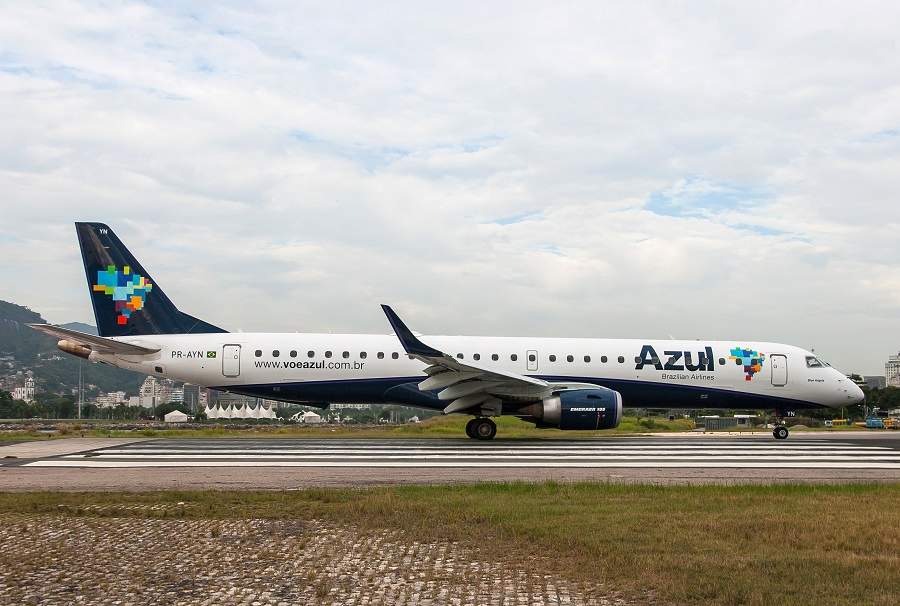 E195 And Military Aircraft Getting Closer

The Embraer’s flight crew then started rolling. It was only a few seconds after this that they announced that they were taking off on the AFIS frequency. Again, AFIS informed the crew of the E195 that a military aircraft was now on short final for runway 31. At this point, the Embraer crew rejected their takeoff.

The runway at Petrolina is rather long, at 3,250 metres (10,663 feet), largely because it serves transatlantic cargo flights. Perhaps this gave the two crews more time/space to react. While the Azul airliner stopped on the runway, the other aircraft continued its low approach. But the military crew offset their aircraft to one side of the runway, before overflying the E195. It is not clear what their minimum distance was. 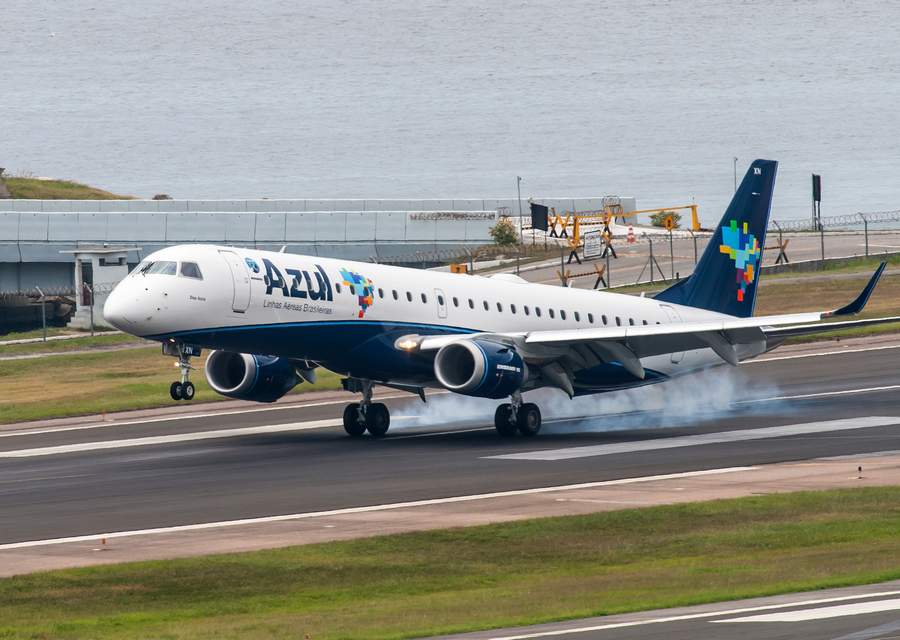 We also don’t know what type the military aircraft was. Following its low approach, it climbed away from the airport. Afterwards, the Azul crew taxied back to position for a runway 13 departure and took off. The Azul flight reached Recife uneventfully and on time. We don’t know if the authorities have launched an investigation into this runway incursion.

The airliner then continued normal service. This is an Embraer E195 (ERJ-190-200IGW) with tail number PR-AYL. Azul is the only operator of the nearly 12-year-old aircraft. The airline has named it “Amazônia Azul”.