A 747 crew had to go around when their aircraft had a runway excursion during an autoland (CAT III ILS) approach! There were no injuries.

Often, the first “suspect” when we hear of a runway excursion is a crosswind. But this is by no means the only reason, as this case shows. The incident we see here happened in June 2018, and the National Transportation Safety Board (NTSB) released its final report on the 21st of May this year. It involves China Airlines flight CAL5148 (CI-5148). 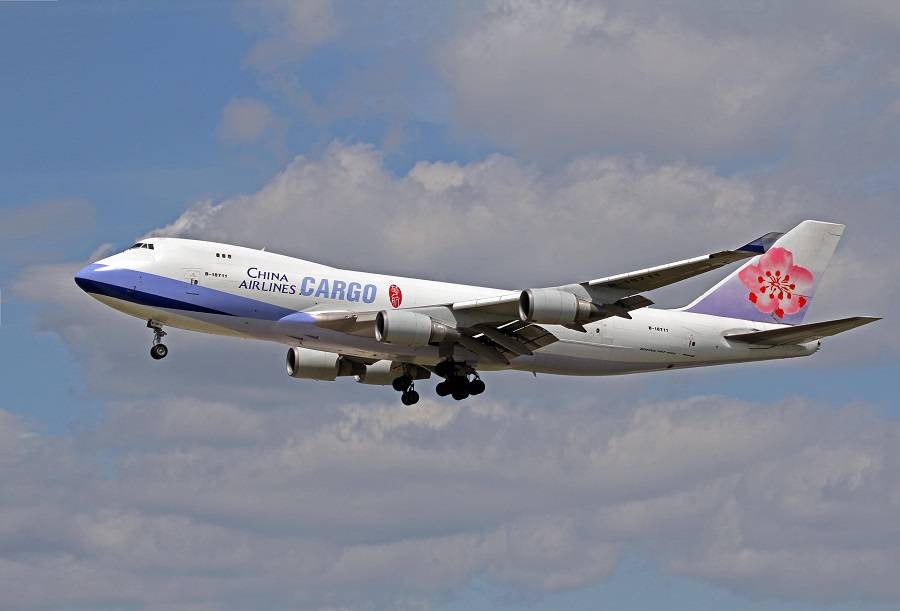 This particular leg of the flight was from Anchorage Ted Stevens International Airport (PANC) in Alaska, USA. Its destination was Chicago O’Hare International (KORD). The flight typically lasts approximately five and a half hours. On the day of the runway excursion incident, the crew had decided to perform an autoland.

The visibility at the time of the incident was less than ideal, without making an autoland absolutely necessary:

However, crews may choose to land this way because of training or other procedural requirements. 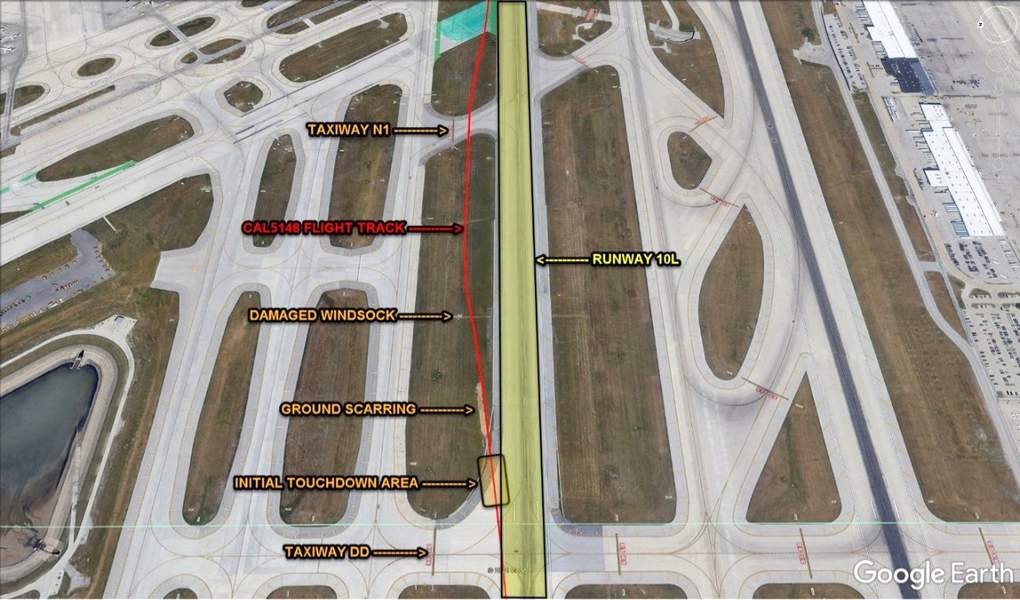 On this occasion, the flight crew had set up their aircraft for a landing at runway 10L in O’Hare. However, they had to make a late decision to go around. During their autoland, the aircraft veered to the left, causing a runway excursion.

The crew advised the tower that they were going around due to “a last-minute deviation” on the runway. But during the event, the aircraft touched down first on a taxiway, then on the grass next to the runway. Along the way, the 747 damaged a windsock and caused other debris to get on the runway itself. Thankfully, the aircraft suffered little to no damage. 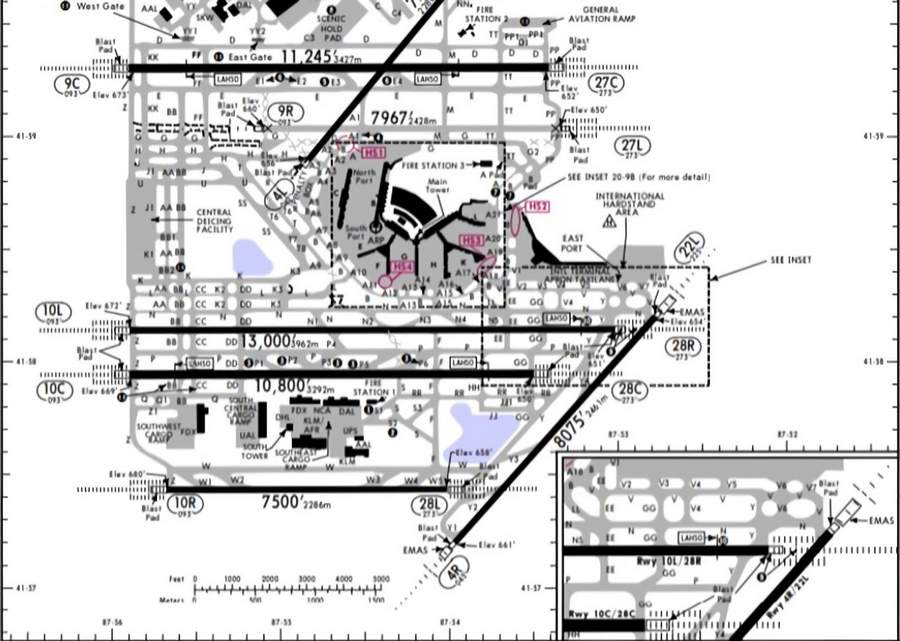 About 25 minutes after its eventful autoland and runway excursion, the 747 landed safely on runway 09R. The incident delayed a number of other aircraft, that had been waiting to depart using runway 10L. The First Officer in one of these aircraft radioed the Tower about the event: “goin’ off the runway”. Afterwards, another pilot called for the runway to be inspected.

In its final report on this runway excursion incident, the NTSB explains that electronic interference to the aircraft’s ILS equipment, caused this issue as the pilots performed an autoland. Because of the conditions, Air Traffic Control had issued instructions to protect “ILS critical areas”. This means that taxiing aircraft have to remain further away from the runway, while similar restrictions apply to ground vehicles. 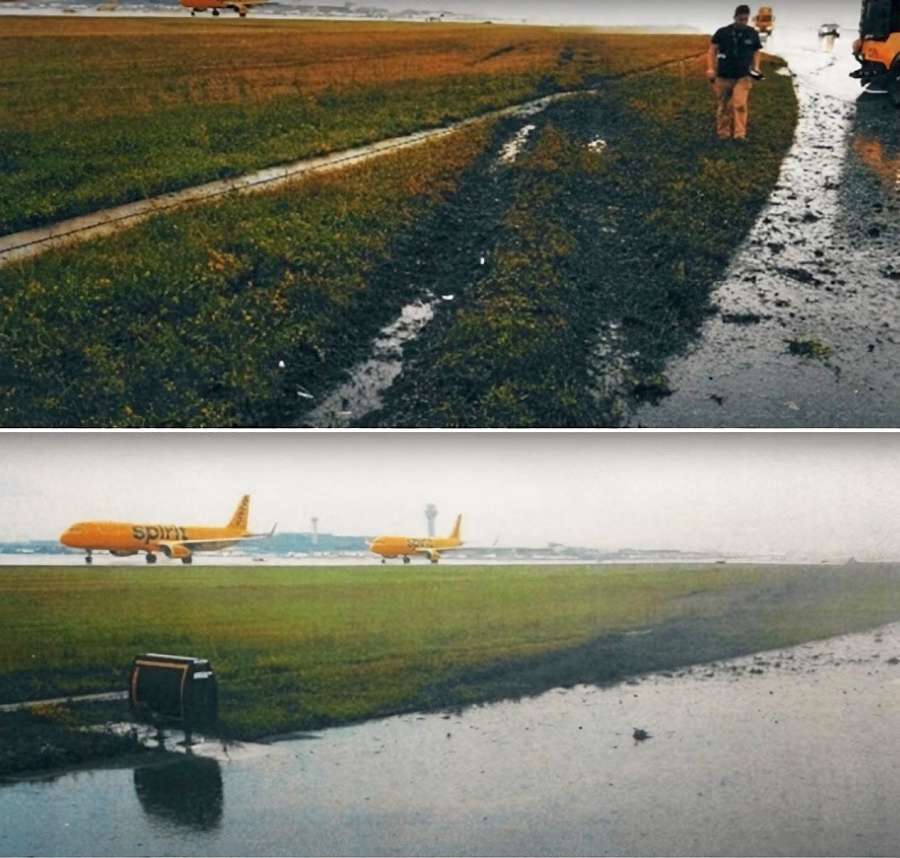 The tracks of the plane as it went off the runway. Photos: NTSB

However, these restrictions didn’t consider the possibility of interference from “preceding arriving or departing aircraft”. As the 747’s crew were on short final, an Embraer E175 had just departed the same runway. This was Envoy/American Airlines flight ENY/AA3544. Even though this aircraft had left the runway, it was still in an area where it could influence the ILS signal to the landing 747.

The FAA National Resource Engineer for Navigation performed an analysis, verifying that this was the cause for the autoland deviation and runway excursion. The analysis calls this a “Multipath” or Signal Deflection. There were no injuries in the event, but it could have been much worse. An airport security video captured what happened. 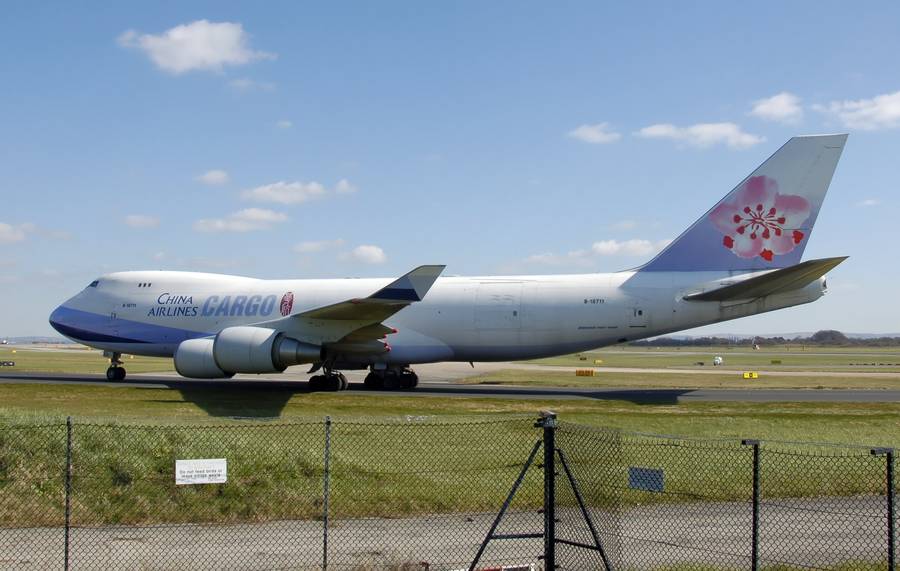 The aircraft in this incident was a Boeing 747-400F, with registration B-18711. At the time, it was just under sixteen years old. China Airlines has been the only operator of the jet, which returned to service two weeks after this autoland runway excursion. At this time, it appears to be undergoing maintenance.