Female Pilots’ Jobs More At Risk In The Pandemic

Redundancies and furloughs affect female pilots more than their male colleagues, as a side-effect of company policies in difficult times. But there is cause for optimism, with signs that intake of female pilots is increasing.

That being a pilot is a male-dominated profession is news to no-one. Some dismiss the issue as “another job traditionally performed by men”, expecting it to change – eventually. However, other such jobs have seem much more female engagement in recent years. Many wonder why this, a highly-skilled, well-paying job, without a need for high upper-body strength, doesn’t attract female applicants.

Fortunately the anomaly has been identified and many airlines and authorities are working on it. Many believe the main issue in attracting female applicants, is a lack of exposure. A year ago, Qantas performed its “Project Sunrise” flights. These were attempts at performing non-stop flights from Sydney and New York or London. Qantas Captain Helen Trenerry, a 31-year veteran with the airline, was in the left seat.

This was one of several similar moves Qantas has made in recent years. The aim is simply to put the image of female pilots to the public, for girls and young ladies (and their parents) to see. “You can’t be what you can’t see”, said Trenerry. “Rather than talking about it, we put the picture out there”. 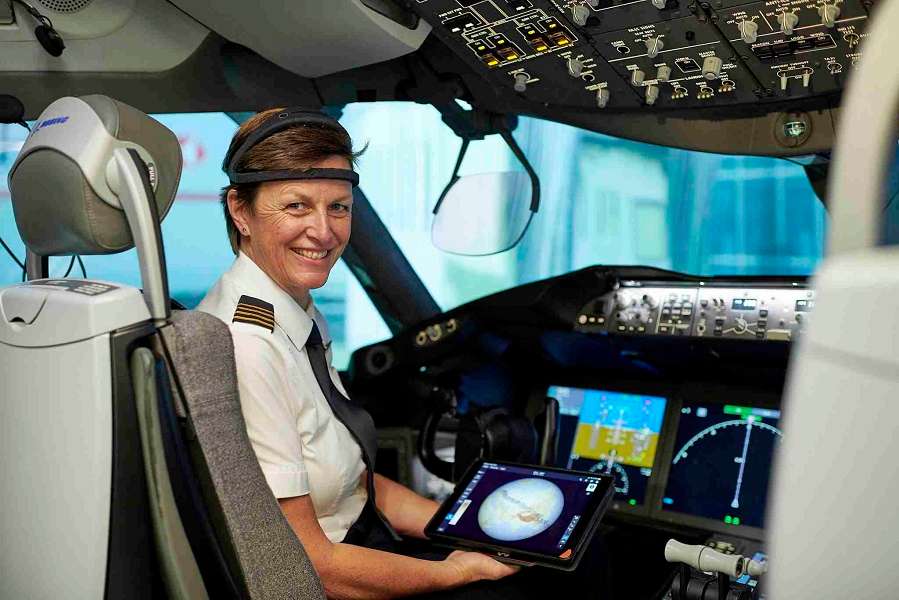 But there is a long way to go. Currently 5.1% of the world’s pilots are women, up from 3% in 2016. There is a big disparity around the world on the matter. Europe is generally outperforming the United States in the intake of female pilots. This may be due in part to more commercial pilots in the US having a previous career in the military. Interestingly India easily outperforms both, with 12% of pilots being female, an extraordinary feat given women’s position in other professions.

But there is a problem. This move is quite recent. An indicator for this is the number of women captains, at a mere 1.42%. In Europe, you can fit all female Captains in a 747, with room to spare. This, however, also has a lot to do with job retention. In most European airlines pilots get statutory maternity pay, rather than a percentage of their salary. This, along with lost flight pay, is a severe blow to young families. With unpaid pilot training loans, many postpone having children until later in life for this reason.

The “Project Sunrise” Dreamliner, landing in Sydney after 19 hours in the air

And what of the pandemic? In general, airlines having to furlough or make pilots (and crew) redundant, begin with the more junior staff. It is the so-called “last in, first out” policy, a term borrowed from accounting (where it is known as LIFO). Airlines have vastly different processes for this, depending on unions and other local factors.

There is a disproportionately high number of female pilots in the junior ranks. That is because of the aforementioned rise from 3% to 5.1% in the past four years. As a result of “last in first out”, airlines furlough more female pilots than their average would suggest they should. And the airlines with the highest recent intakes of female pilots do it the most.

There is a silver lining here. The increase by over 2% in 4 years before the pandemic, suggests that there is scope for female pilot numbers to recover quicker than males. Airlines like Easyjet maintain a target of 20% of their pilots eventually being female. Training organizations like CAE have programs in place to support female applicants with scholarships.

Unfortunately junior male and female pilots will need to wait for a recovery big enough for airlines to recommence hiring. However, the time is passing and older pilots are reaching retirement. And most of them are male.

For detailed statistics on female pilots’ numbers around the globe, check the numbers from the International Society of Women Airline Pilots, here.