The European Centre for Disease Prevention and Control (ECDC) and EASA jointly published a study, advising against quarantine measures for air passengers. They say that European countries should treat these passengers in the same way as members of the local population.

The two authorities published this study at the request of the European Commission. The study analyses different measures for prevention of the spread of the disease, and their effectiveness. It concludes that quarantine measures only make sense when the destination country has near-zero cases of the pandemic. This was the case for some European countries during the first wave of the pandemic. Now it is not. When the disease affects all areas to similar degrees, a quarantine has no practical value.

Even when people travel from areas of moderate or high risk, a quarantine has little to offer. The document considers scientific evidence and information, whose analysis draws some interesting conclusions. Firstly, when SARS-CoV-2 is present in all countries, “imported cases account for a very small proportion of all detected cases“. The study shows that a significant increase of rate of transmission from such cases, is unlikely.

Further, the study suggests that authorities should not treat arriving passengers as a high-risk population or as contacts of actual Covid-19 cases. That’s unless information on individual suggests otherwise. Passengers will have to follow the same rules and recommendations as the local population. And the same should apply to travellers repatriating to their home countries.

Quarantine and Testing Under The Microscope

The study goes in some depth analyzing existing measures and their effectiveness, summarizing them in the table below: 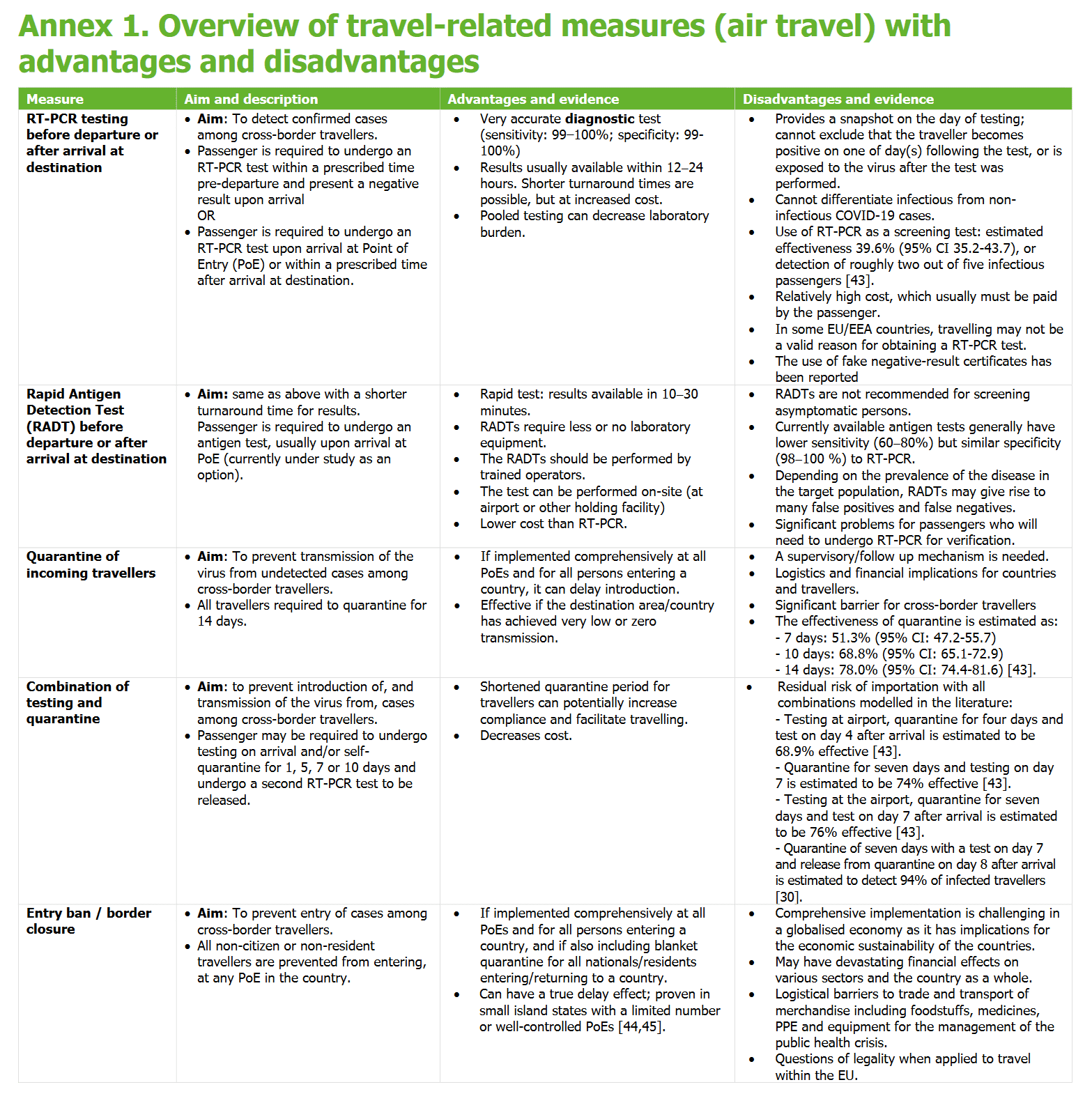 ECDC urges governments and national authorities to study the evidence in the report. The key conclusions are quite contrary to current ideas in Europe and elsewhere. Firstly, the study does not recommend quarantine or systematic testing for SARS-CoV-2, for air travellers. Secondly, it recommends harmonisation among member States. National authorities should agree to common measures, on the basis of this report.

Harmonisation has been one of the major headaches for authorities, in Europe and the rest of the world. Even after so many months in this crisis, quarantine and other regulations continue to change with little or no coordination between countries. ECDC outlines its recommendations in the following diagram. 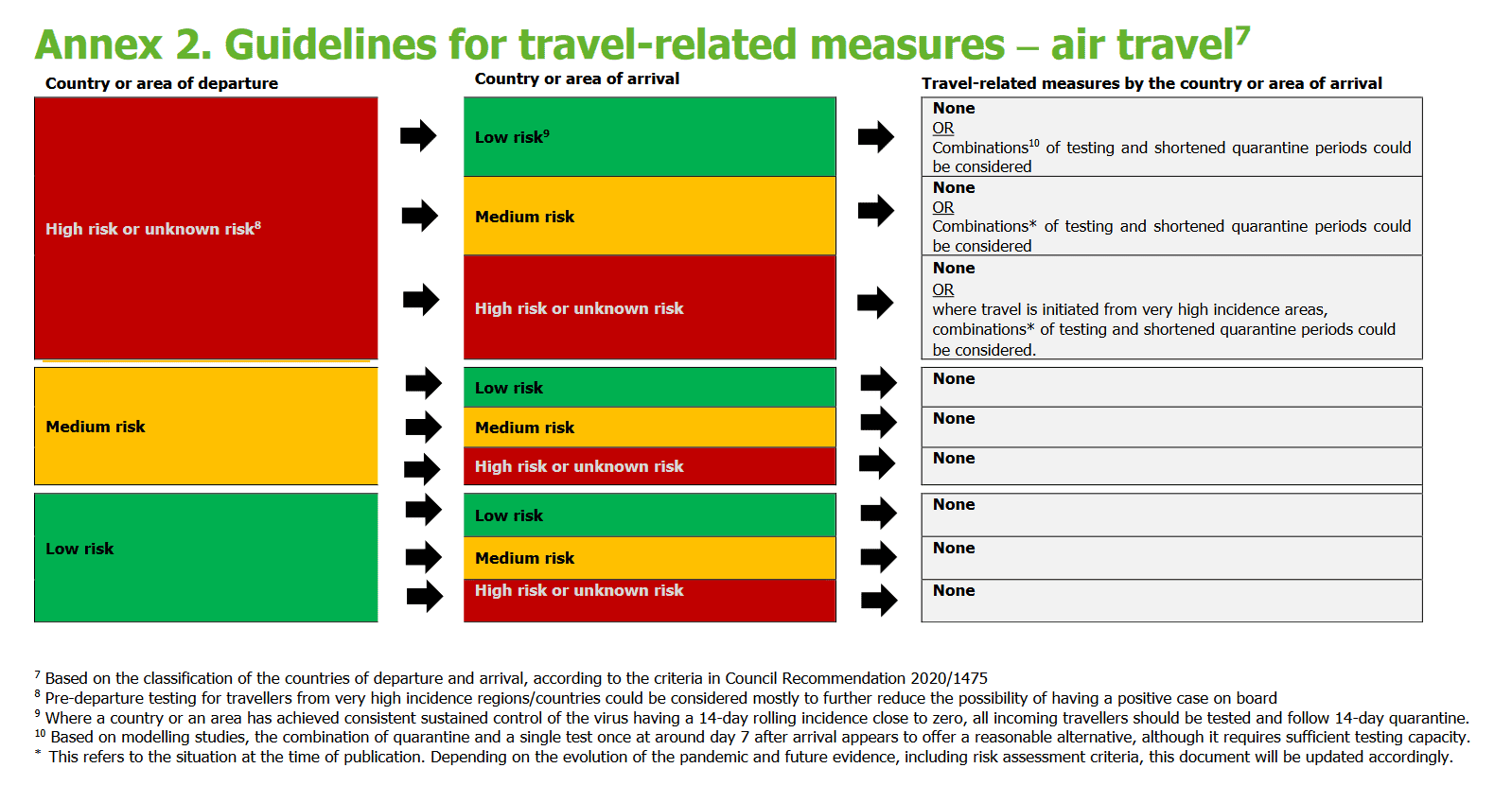 Already, the aviation world in Europe is responding to this report. Many airlines have been proposing changes in this direction for weeks or months. EASA co-authors the report, and its Director Mr. Patrick Ky, states:

This new document is a true European contribution for the benefits of European citizens. Its findings can be important in making many family reunions over Christmas possible. It builds on the measures we already put in place with the Aviation Health Safety Protocol and reinforces the view that there is no inherent risk in air travel – indeed air travellers are seen as a relatively “COVID-safe” population. We would encourage national decision-makers to take account of the recommendations given here when making their policies. 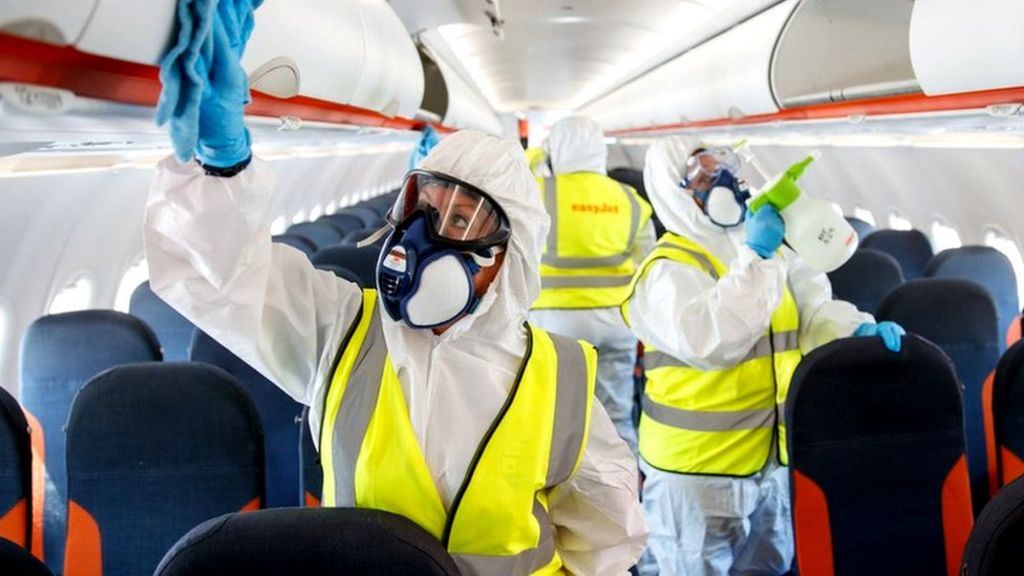 Airlines and airports reacted a bit more strongly. And unusually, they reacted in unison. The International Air Transport Association, Airlines for Europe, Airports Council International and European Regions Airline Association, released a joint statement. They demanded that governments abolish quarantine rules. Airlines are aware that there is a public perception that air travel is a key factor in the continuation of the pandemic.

This is an impression that needs to change, if the industry is to recover. The associations list more studies that show very similar results. We have already seen airlines worldwide push for preflight testing to replace quarantine measures. This study now questions even this, as a solution. 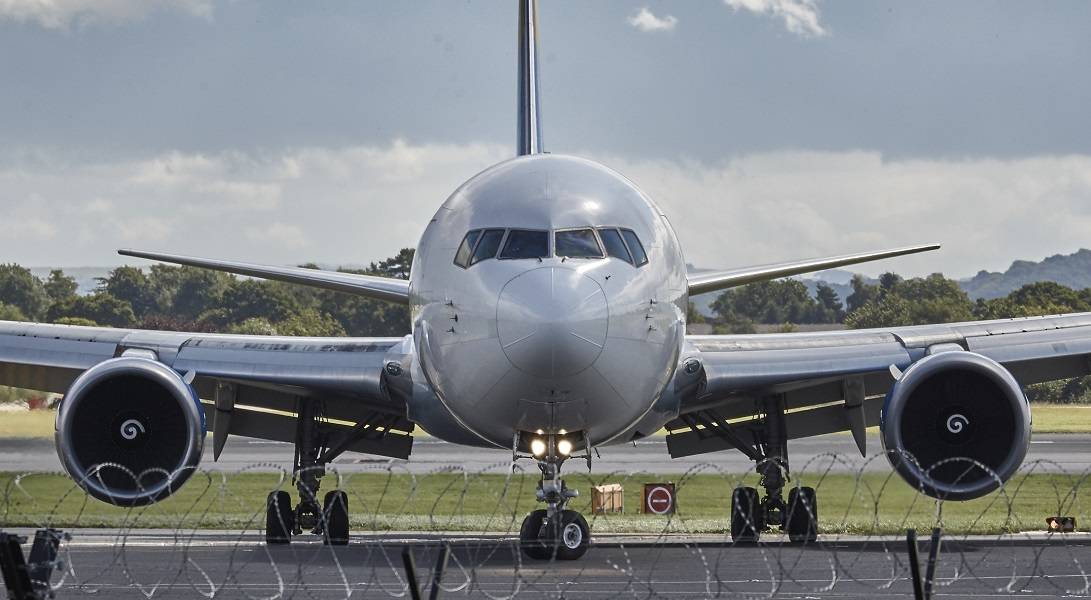 To read ECDC’s report in summary and the document itself in full, go here.

It remains for us to see how European governments will react to the report. As an official ECDC document with the European Commission as its sponsor, it carries plenty of weight. Governments will probably be reluctant to make a 180-degree turn on their rules, however. Especially with the holidays approaching.