After refusing deliveries earlier this year, easyJet has now agreed with Airbus to push them back even further. The airline will pick up its next jet in 2022. But it will do so at a higher price than it originally planned.

We have previously discussed how most low-cost carriers (LCCs) are doing better in the pandemic than traditional ‘flag’ carriers. Unfortunately, easyJet didn’t find itself in a typical LCC position. The airline found itself entering the pandemic with higher costs than some others, and with less liquidity. In a crisis where airlines bleed money, easyJet’s new Airbus fleet wasn’t a priority.

We saw how airlines like Wizz Air actually brought deliveries forward. EasyJet is going in the other direction. Under its new arrangement with Airbus, easyJet will not take any new aircraft in 2021. It will take 7 in 2022, 8 in 2023 and (finally) 18 in 2024. However this agreement means that the airline has pushed back deliveries of at least 22 aircraft, by as much as four years.

Since about half of the price of an aircraft is payable on delivery, these agreements help easyJet’s liquidity. But they don’t necessarily help its wallet, in the long run. Airbus and other manufacturers will offer good customers like easyJet favourable prices for large orders, with timely deliveries. easyJet will accept a higher overall price, for having to pay less in the short-term. 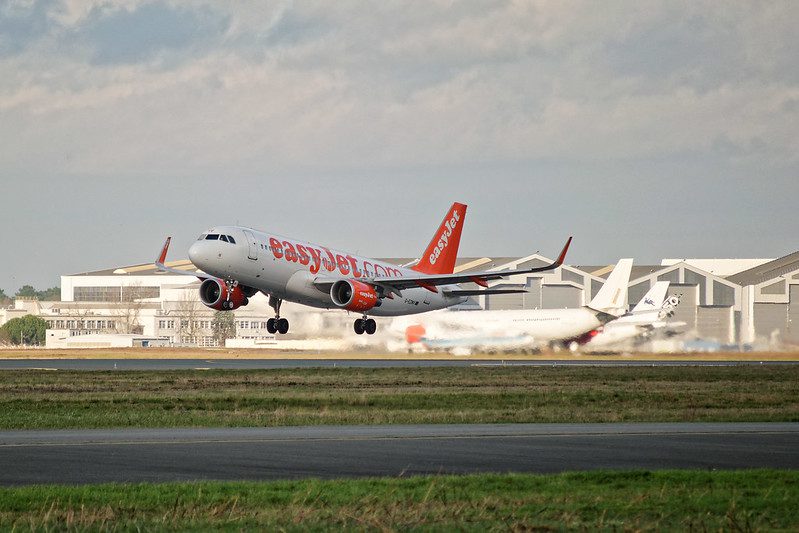 The above sounds like a good idea in a crisis – and for many airlines, it is. But LCCs like Ryanair and Wizz Air have gone completely in the opposite direction. Both airlines aim to take market share away from their competitors. They are itching to get going, which is why they’re complaining about the airport slot waiver.

As its Airbus deferrals show, easyJet is about to shrink, at least for a few years. Ryanair and Wizz Air are expanding. They know that manufacturers are desperate for decent orders, and will offer good prices. easyJet won’t do this, but that may well be because financially, they are not in a position to do it. Rather than get new aircraft early, they sold and leased back many jets they already had.

Back in June the airline’s management and their founder Stelios Haji-Ioannou had a disagreement, with Mr. Haji-Ioannou wanting to cancel easyJet’s Airbus order altogether. It was because of events like this and today’s announcement that Ryanair’s CEO, Michael O’Leary, believes that easyJet will not exit the crisis as a LCC.

The airline also wishes to expand into airports with a higher cost base, like Gatwick and Heathrow. This shows that perhaps it wishes to reposition itself, away from a traditional LCC model. And to be fair, they are not alone in this. We have seen airlines like JetBlue try to switch to a more premium market. It will be interesting if easyJet will be able to move in that direction.