Drones Around Airports – Can They Actually Be Useful?

Whenever we hear of drones around airports, it’s usually not for a good reason. But there are good uses for them, that we rarely read about!

Drones and laser attacks around airports were on the rise in the pandemic. On this website, we have covered several incidents involving drones around airports, or near aircraft. Most of them involve very close calls. But some of them are direct hits. Fortunately, most of these hits are victimless. But that’s by no means all of them. 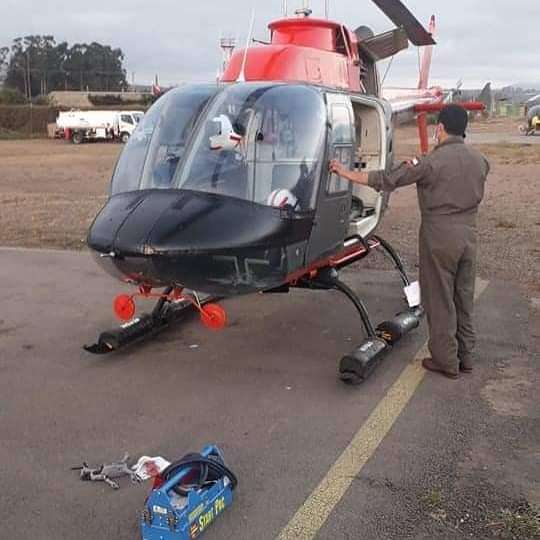 Some time ago we saw an incident where a drone went straight through a helicopter’s canopy, hitting an occupant in the face. That person needed hospitalization, later recovering. But this is the sort of risk that many fear seeing, especially when drones are around much bigger aircraft at airports.

The author is a licensed drone pilot. And the video in THIS link gave me pause for thought when I first saw it, in July. You may have seen another video (that we won’t link to) showing the take-off of an Airbus A380. That video showed the A380 passing quite close to the drone, as the plane climbs away from an airport. The video linked above shows a VERY close pass between a drone and an Antonov An-225. The take-off is at 3:25.

So, why are we linking to this video and not the one with the A380? It’s because the uploader of this video is Dmytro Antonov, who was actually flying the An-225. He subsequently released more videos like it, with the drone capturing “the Mriya” leaving the same airport. His videos feature his airline’s logo. So we assume that he and his crew have the right licenses and permissions to film this way.

The reason I have mixed feelings about this video is that it could give the wrong people the wrong ideas. Without context, viewers may not understand the preparation and coordination that is necessary, to make such a video. The drone pilot team would have a radio to communicate with ATC at the airport, warning them of any problems. There are safeguards pilots could use, to ensure the drone doesn’t stray too close to the aircraft. 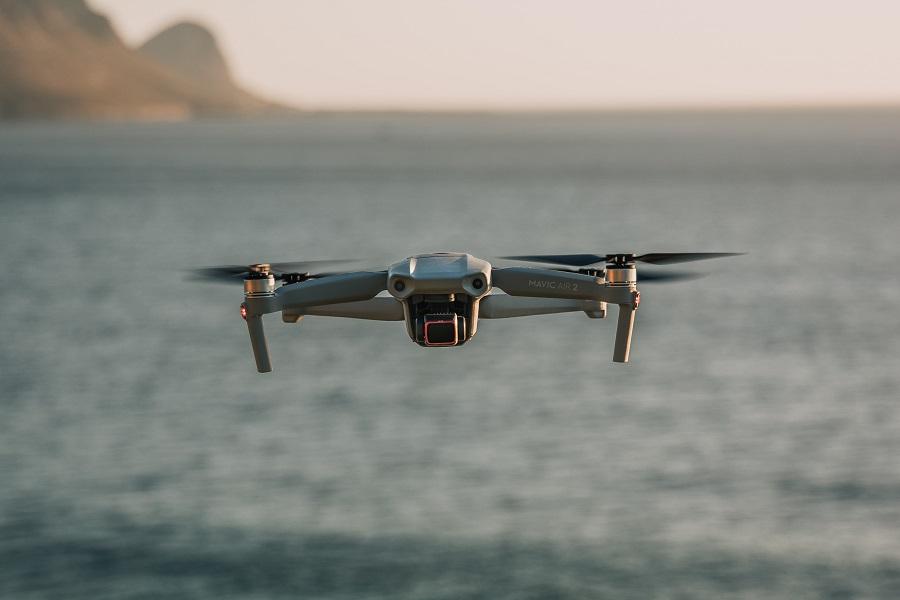 Also, the size and speed of the aircraft mean that the drone didn’t get quite as close as it looks. Also, 2021 saw new rules for drone operations in the US and EU, organizing many aspects of commercial drone operations. And this means that we could soon see more drones in or near cities, performing more tasks. Also, it means that may see drones operating near, or at airports, under strict conditions.

And these drone operations near airports likely won’t involve cool YouTube videos. At the simplest level, they could involve inspections of hard-to-get perimeter fences, buildings and other areas in the airport itself. But authorities at Brussels Airport (EBBR) recently announced another interesting idea. They will use drones to scare away birds! 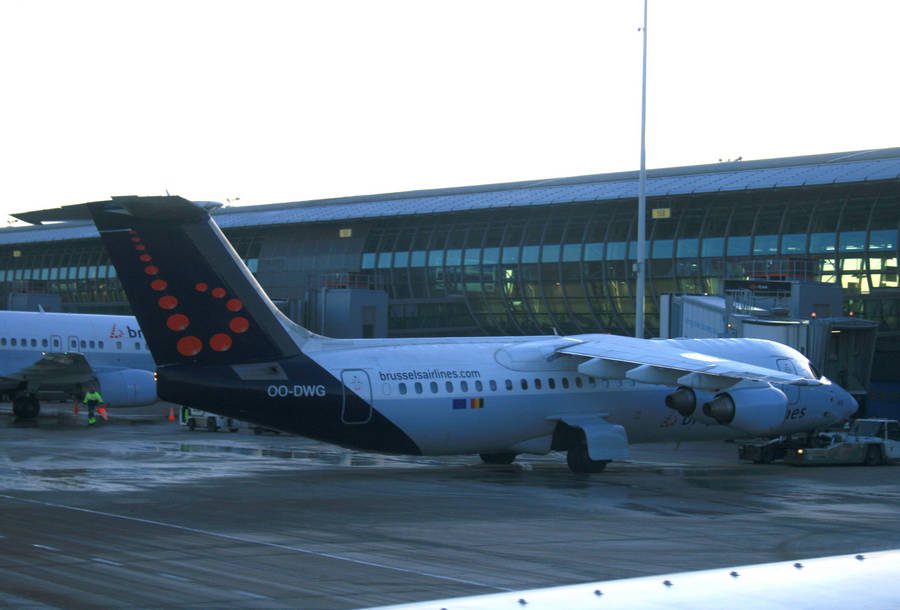 Many airports have issues with birds, especially if they are near open farmlands. And this is the case for Brussels Airport. Like many airports, they use a mix of methods, to keep birds away. Some available methods are more sophisticated than others. Shotgun blasts (from fixed shotgun-like devices) or even trained hawks or falcons (!) are some solutions.

But the most common method involves driving up and down the runways when a plane hasn’t landed on them for a while. To be fair, airports need to do this anyway, to inspect the runways. But new ideas are always welcome. So drones could actually be of some use in this role, for airports. And it would involve hardware that already exists! 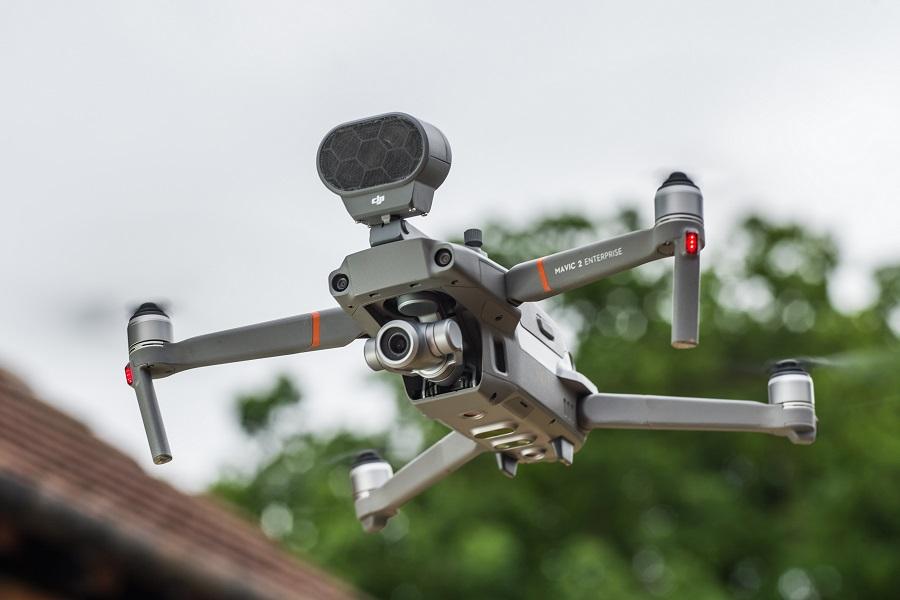 A drone with a speaker attachment. Photo: DJI

Brussels Airport wants to use a drone that has a speaker. The drone operator would play pre-recorded sounds of birds of prey, to keep birds away. Also, the drones would have the role of monitoring groups of birds that may be getting close to one of the airport’s runways. At this time, this is only a trial project. But if it’s successful, we could well see more airports using drones in this manner.

Regarding its use of drones, Brussels Airport said:

“The drone is used during normal operations and only operates at a safe distance of the aircraft and in between the takeoff and landing of aircraft… These tests will not impact airport operations and runway use.” 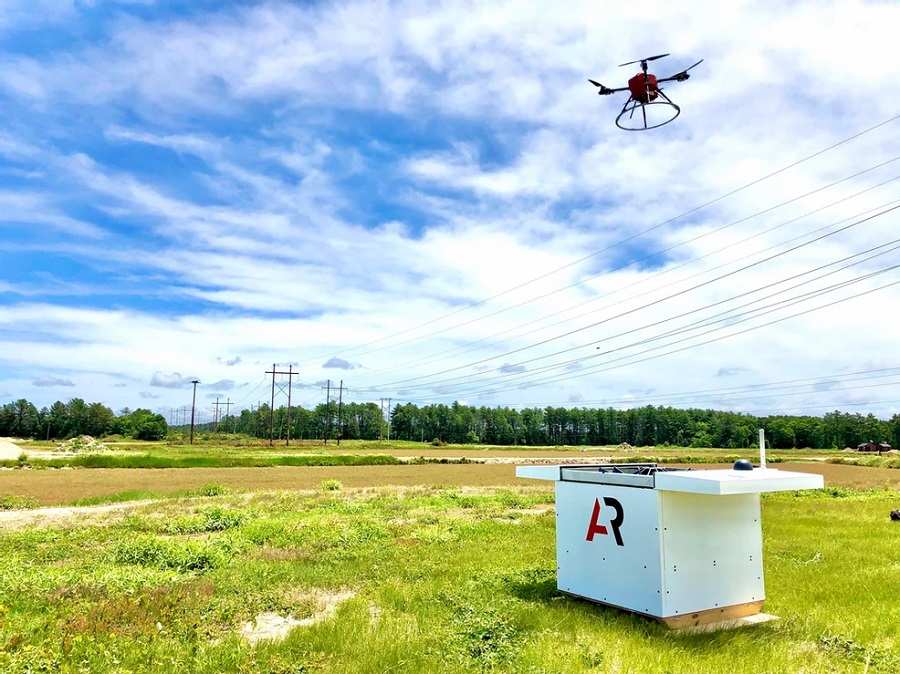 There are certain limitations that drone operators can use, to make such operations safer. For instance, there is GeoFencing, a function that limits where the drone can and can’t go. Drones could have such limitations at airports, to ensure they don’t accidentally stray close to a taxiway or runway, for instance. By the way, such GeoFencing is something the drone pilots in the Antonov video could well have used.

With new regulations on commercial uses of drones, we could see more such operations around airports in the future. But such operations would always involve a lot of preparation and coordination. It will be interesting to see how successful this initiative will be.