A pilot flying a Cessna 421B survived an astonishing crash, after losing both engines while climbing out of Republic airport in New York.

The accident happened last Sunday, the 10th of January, just after 1pm local time. The aircraft was a Cessna 421B. This is a low-wing, eight-seat, twin-engined and pressurized aircraft. It has two six-cylinder Continental GTSIO-520 engines. This aircraft came off the Cessna factory in 1972. Records show that it has a corporate owner. Reports suggest that a company owner was the pilot. The Cessna’s 57 year-old pilot was alone during the crash. 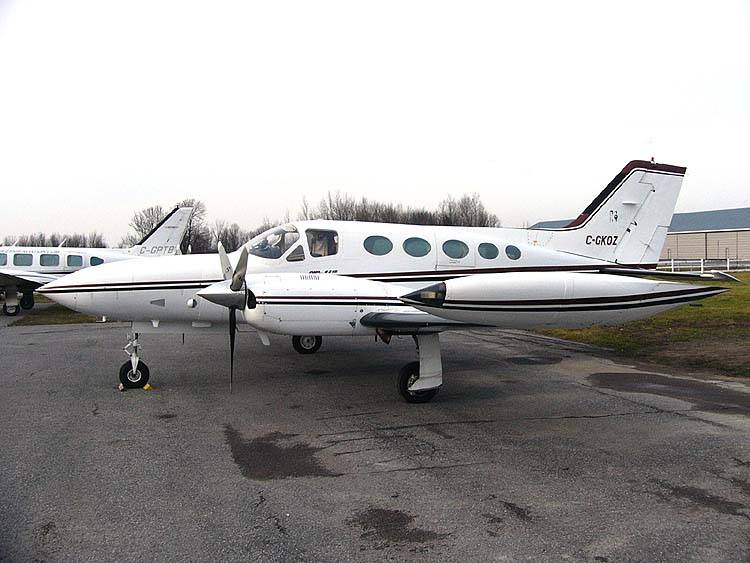 The pilot had taken off from Republic airport’s runway 32, heading north towards Connecticut. After ATC cleared the Cessna to change frequencies, the pilot stated he had an engine failure and was turning back. ATC initially directed the pilot to re-enter the pattern for runway 32. Then noting the Cessna’s position and fearing a crash, he suggested the pilot uses runway 14 (the opposite end). This would set him up for a landing with a quartering tailwind, on the nearly 2km-long runway.

The Cessna pilot accepted this, so ATC cleared him – but the pilot immediately reported losing the second engine. At this time he was at 1500 feet, 5 miles from the airport. Soon, both the pilot and the controller realized that it wasn’t possible for the Cessna to return to the airport. So the controller switched to giving the pilot suggestions for where he could put down the aircraft. 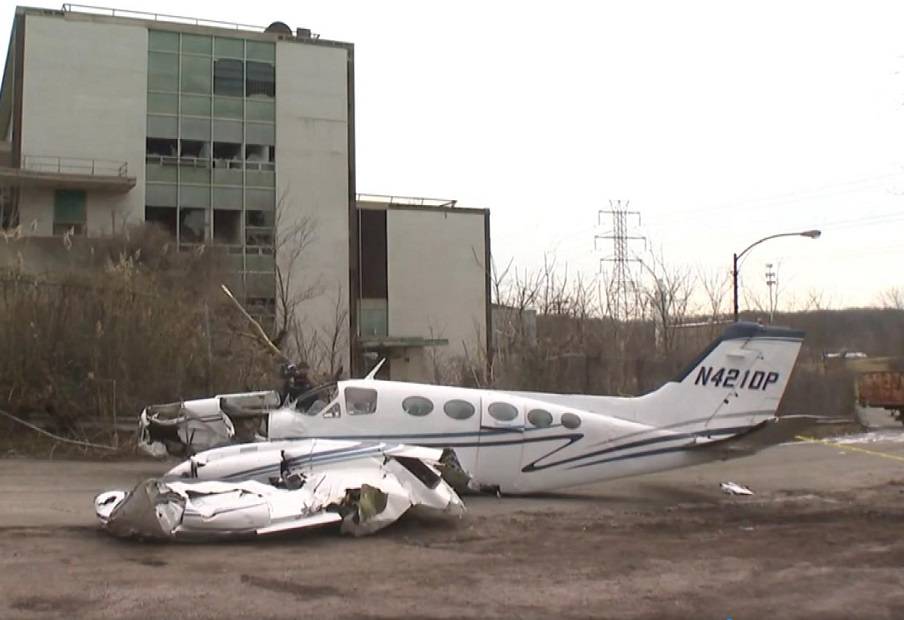 There is a golf course and several outlying fields along the approach end of Republic airport’s runway 14. The pilot seems to have chosen one of these fields. Unfortunately, the crash video shows that the Cessna stalled before the pilot could make the field. The aircraft crashed about 650 metres (0.4 miles) short of the field, close to the junction of Bethpage Sweet Hollow Road and Claremont Street. The aircraft hit the fence of a disused waste disposal facility.

A Highway Patrol officer saw the crash and was immediately at the scene, helping the man out of the wreckage. The pilot’s injuries are serious, involving several fractures that require surgery. However, the Cessna pilot was conscious and coherent after the crash. Fire crews report that he refused a helicopter ride to a hospital, saying: “You know what, I’ve just been in a plane crash, I don’t want to go on a helicopter now.” 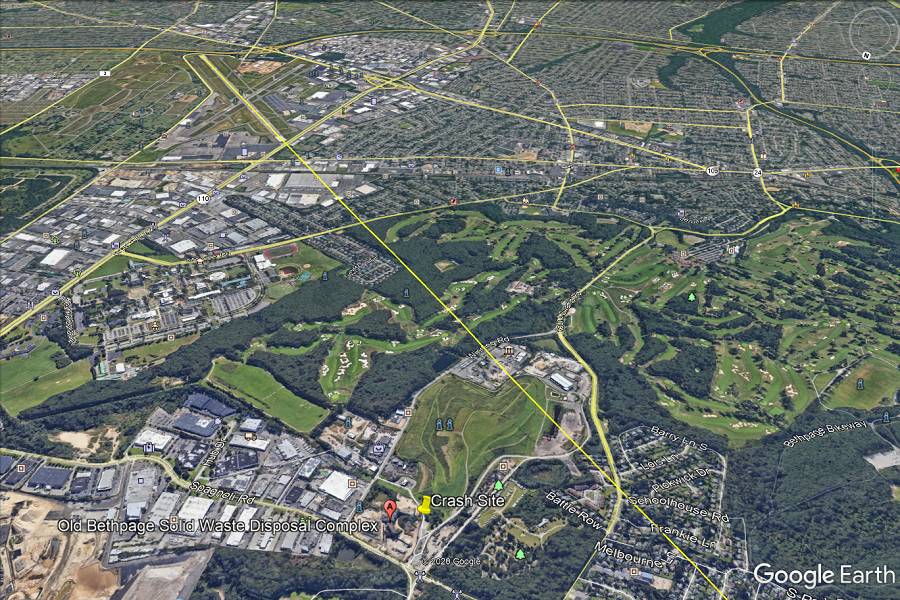 The crash site is at the yellow marker. The yellow line is an extension of the centerline of runway 14. The pilot was most likely headed for the rectangular field, above and to the left of the crash. The other green area, closest to the crash, is actually a tall hill, unsuitable for landing

It could have ended much worse. The pilot flew the Cessna past a residential neighbourhood, before flying over a dense park at tree-top level and ending up in the crash site. Fire crews sprayed the plane with foam, to reduce the risk of fire. But luckily there had been no smoke or fire after the crash. Their fire station was one of the buildings the Cessna had just overflown.

Post-crash photos show that the Cessna’s fuselage stayed remarkably intact, protecting the pilot despite the ferocity of the impact. And given that these engines burn aviation gasoline, it’s very fortunate that there was no post-crash fire or other injuries, making this a positive outcome. Hopefully the pilot can make a speedy recovery!

For updates on the Sriwijaya crash, go here.