Boeing names its airliners using the 7X7 convention, except for the 720. Why did Boeing name this one in a different way from all of its other jets?

Sooner or later, Boeing will introduce a new aircraft design, that will likely have the moniker “797”. This will be the last name in the 7×7 series of names, that the American manufacturer introduced with the 707. As Boeing’s first commercial jet, the 707 clearly deserved to be the first in a new series. 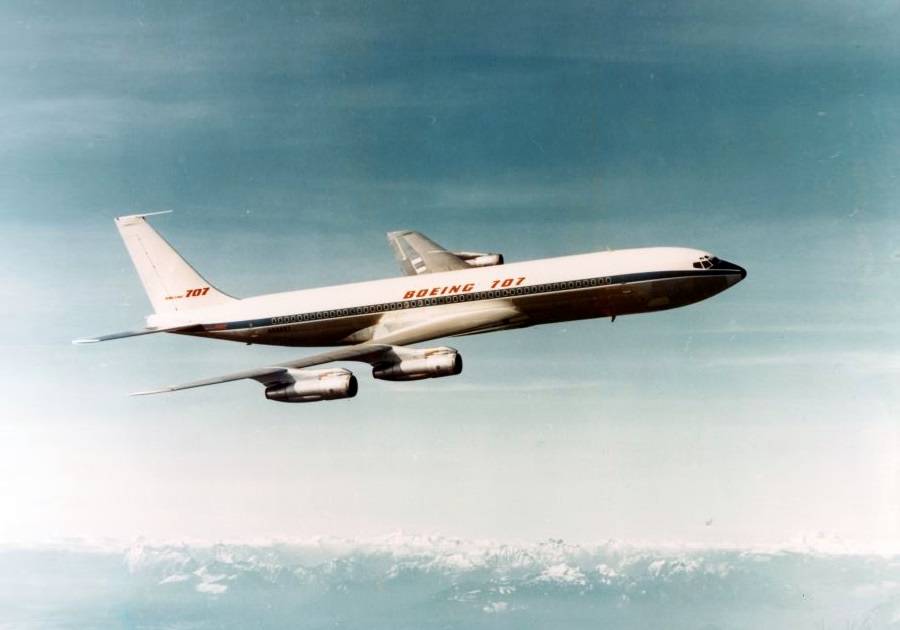 A Boeing company 707, with registration N68657. From the archives of the San Diego Air & Space Museum

But at the time, this new naming convention wasn’t immediately obvious, as the start of a new series. Today we think of the Boeing 720 as a naming anomaly, but this wasn’t necessarily what people thought of back then. And in any case, it wasn’t even the first such anomaly. We have previously looked at the 717, for instance. Note here that we are NOT referring to the renamed McDonnell Douglas MD-95. No, there was a 717 decades before that – at least on paper.

We are referring to the KC-135 and C-135, of course. The latter would have been the 717 – had there been a commercial version of it. Boeing first designed the 367-80, a conceptual design that led to the 707. The Air Force’s variant was dimensionally very close to this aircraft. As for the 707, the manufacturer enlarged it, to give it 3+3 economy seating. 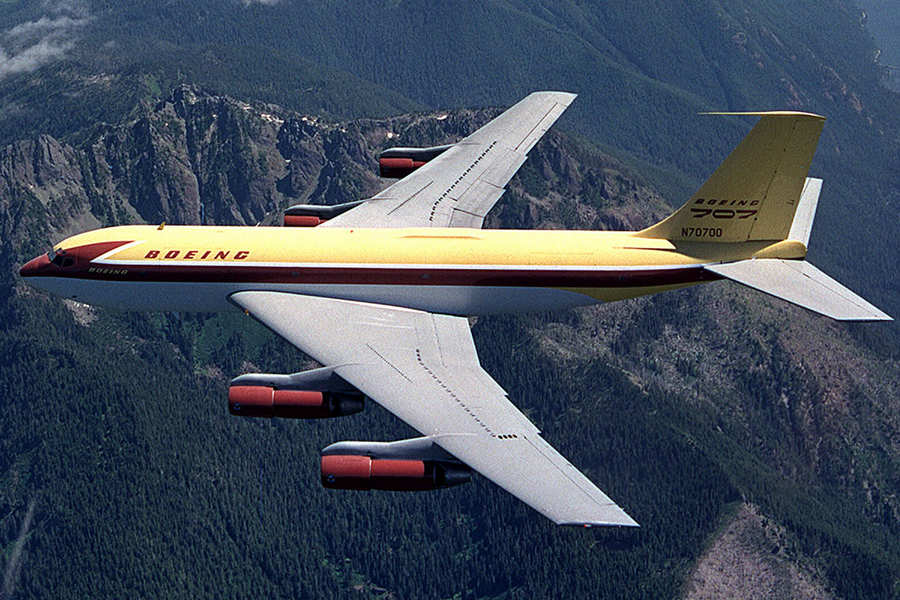 But what does any of this have to do with the Boeing 720? Well, Boeing first offered the 717 to the airlines, with the same cabin diameter as the 367-80 (and KC-135), as a medium-haul aircraft. A cargo version, borrowing features of the military C-135, was also a possibility. But the airlines weren’t interested. Adding another type, so similar yet different from their long-haul 707s, didn’t attract much interest.

(There is some confusion here, because Boeing painted “707” on the tail-fin of the 367-80, since it was using it to promote the 707. This led many people to assume that the 367-80 and the 707 were dimensionally the same. They definitely weren’t) 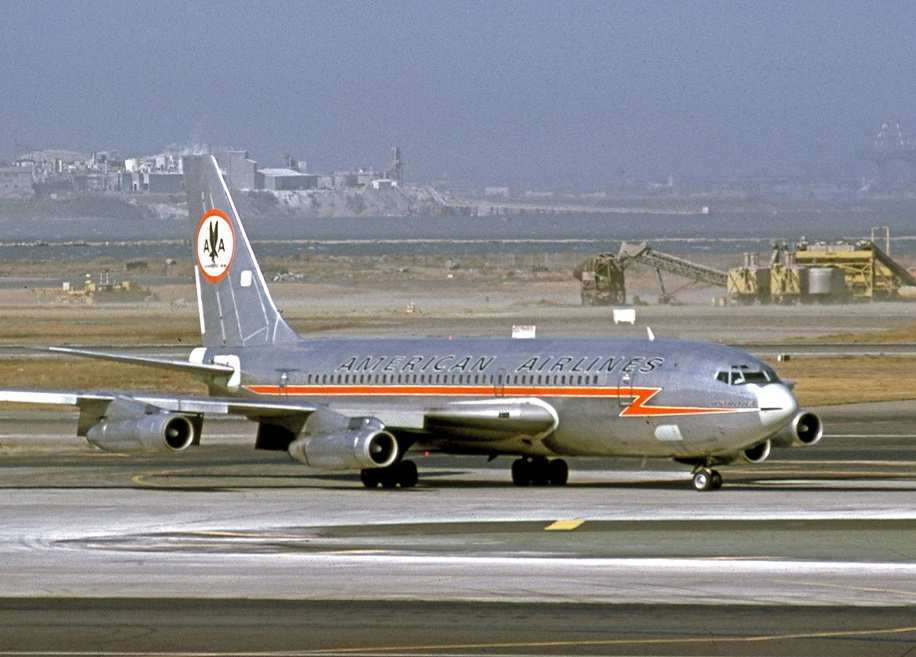 An American Airlines Boeing 720B. Pay attention to the front of the pylons of the two engines on this side. Photo (cropped): RuthAS, CC BY 3.0

And that’s where the Boeing 720 comes in. This aircraft is essentially a 707 with a shorter fuselage, with the same diameter. In terms of overall length, the 720 is about two and a half meters (8.3 feet) shorter than a concurrent 707. This actually makes it a bit shorter than a Boeing 737-900, or a MAX-9. Note, however, that like the Boeing 707, the 720 had a three-person crew and therefore less cabin space than even a 737-800. The typical single-class capacity was 156 passengers.

As with the 717, the 720 was meant as a short and medium-haul aircraft. And this time, with interiors, systems, and nearly everything else mirroring the 707, the airlines looked at the design much more favorably. But there were some differences between the Boeing 720 and the standard 707. Some of these were there to simplify the design, but also to make it fit its new role better. 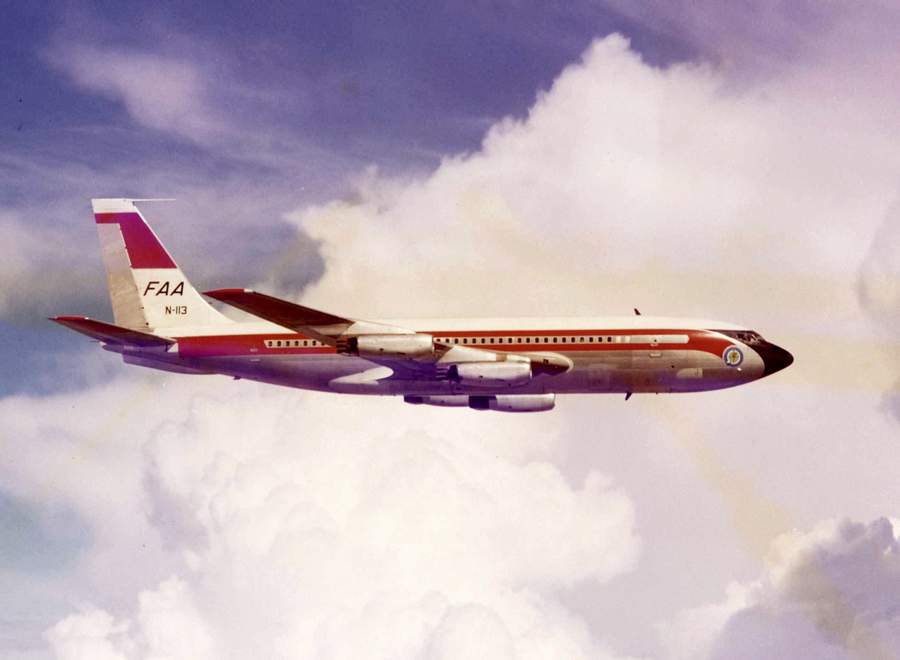 An FAA-owned Boeing 720. Note the short tail fin under the tail. The agency would later transfer this aircraft to NASA, who destroyed it in the CID experiment. Photo: FAA

The 707 was a fast aircraft. For the 720, the manufacturer modified the inboard wing slightly, to get a bit more lift out of it – at the expense of speed. There was a small tail fin under the fuselage, although many 707s later got a similar fin there, too. Even for aviation nerds, telling apart a Boeing 707 and a 720 is tricky. Your best bet is to look at the pylon on the No 4 engine.

This is because another difference between the 707 and the 720, was that the latter only had two turbocompressors. A turbocompressor is what Boeing used in these aircraft instead of a bleed-air system, for cabin pressurization. This is because turbojet and early low-bypass turbofan engines didn’t generate enough air volume for a bleed-air system to work, without robbing the engine of too much power. 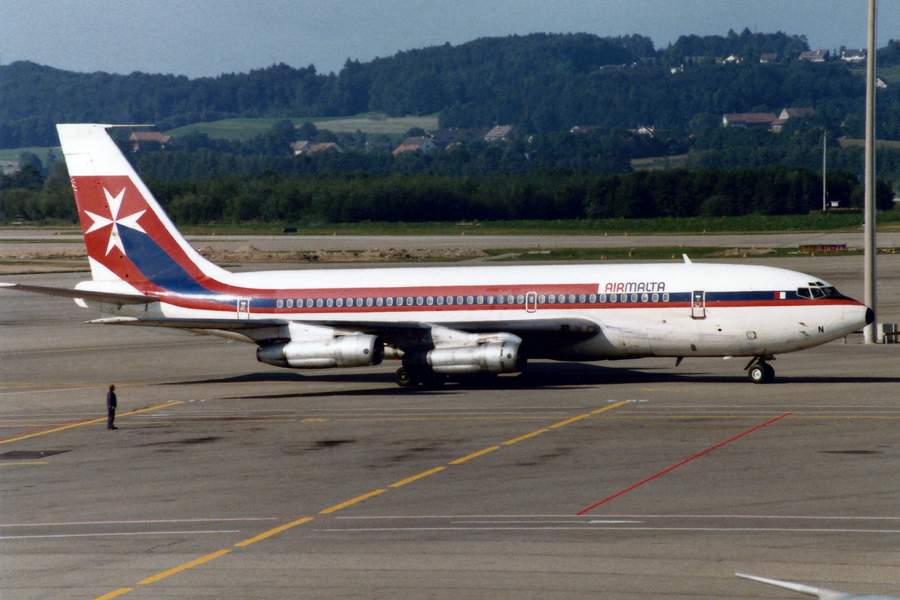 The 707 had three turbocompressors, i.e. one on each engine except engine No 1. To simplify the systems of the 720, Boeing only put one turbocompressor on each of the inboard engines. This system has its own air intake, on an extension on the front of the engine’s pylon. In other system differences, the 720 didn’t have an APU! This seems like an odd choice, for short/medium-haul design.

Because the 720 looks so much like a Boeing 707, chances are that you’ve seen one but mistook it for the latter. The FAA and NASA used a 720 for the famous Controlled Impact Demonstration (CID) in 1984. The test examined multiple ways to improve passenger survival, including the use of fuel that didn’t ignite as easily in a fire. The latter aspect of the test was somewhat inconclusive. But the test also provided useful information on the accelerations involved in such a crash, and in aircraft seat design and materials. 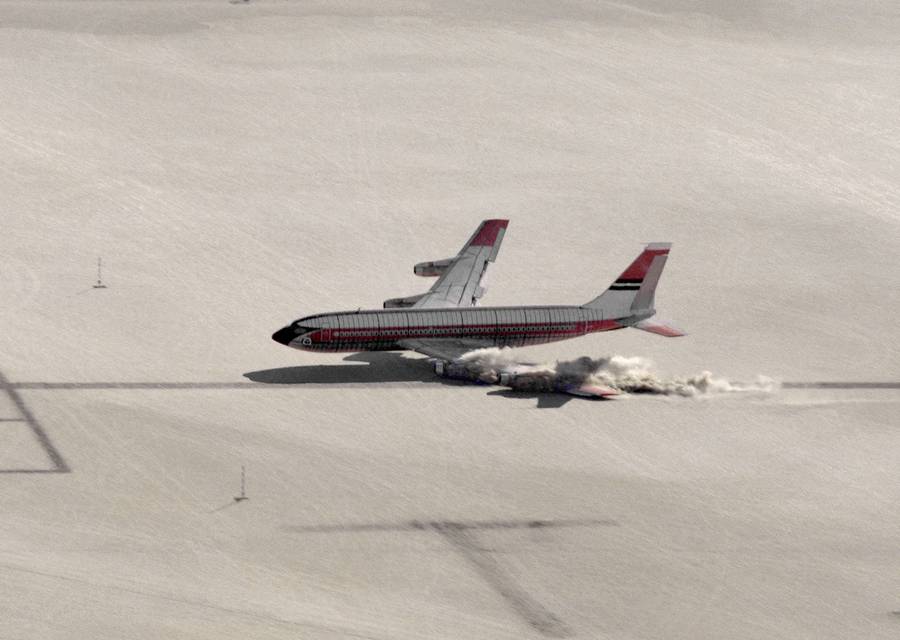 In total, Boeing made a relatively modest number of 720s – just 154 of them. By contrast, it made 865 707s. Someone could surmise, then, that the 720 was unsuccessful. But this ignores Boeing’s own design and production plans. In reality, the 720 was a “stop-gap” design, until Boeing could produce a better short/medium-haul aircraft.

That next design was the 727. Crucially, the 727 entered service less than four years (!) after the 720’s service entry. In that context, the 720’s production run, as a sub-variant of the existing 707, was really quite respectable. Boeing even kept this four-engine jet variant in production a few years beyond the 727’s introduction. Presumably, this was for customers that didn’t have 727s in their fleets.