The other day an Alaska Airlines 737 had a bear “birdstrike” on landing. However this wasn’t the first time a plane strikes a non-winged creature.

On November 14th this year, Yakutat Airport in Alaska was the site of an unfortunate incident. As we reported, two bears were on the runway as the aircraft landed. Unfortunately one of them couldn’t get away from the path of the aircraft in time and hit the No1 engine.

As Mentour Pilot explained in his video on the incident, pilots file a report for all such events. However they have to file all such reports as ‘birdstrikes’, whether the animal is a bird or not. Usually, it is. Mentour recounted an exception to this, however. We won’t tell you what it is, you will need to watch:

These events are rare, but not unique. Much smaller mammals like squirrels or foxes do occasionally wander onto runways and taxiways. They usually work out where to go and where not to go, however. Airport authorities have a variety of ways to discourage them from going there. But what about non-winged creatures having airborne “birdstrikes?

Amazingly, this too, isn’t unheard of. In addition to the story Mentour refers to, there also a birdstrike from 1987, involving a fish. Interestingly, the story also involves Yakutat Airport AND Alaska Airlines.

The Other Alaskan Birdstrike

This time, the aircraft had taken off from Juneau. Approximately 400 feet after the end of the runway, the Boeing 737-200 crossed paths with what the pilots identified as an eagle. Seeing that getting out of the way of the Boeing would take all of its strength, the eagle wisely decided to part ways with its lunch. 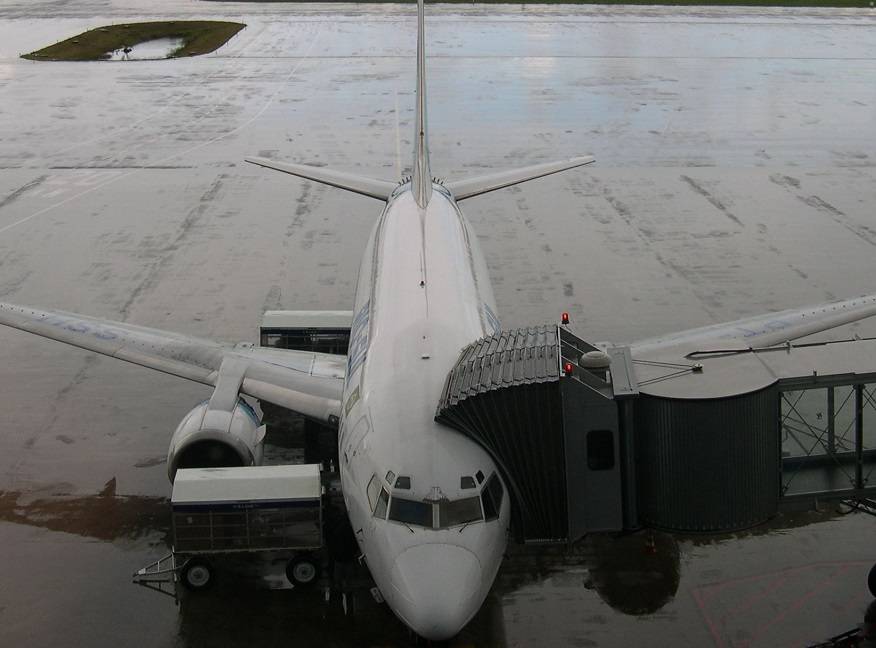 “The law of the jungle prevailed”, said Paul Bowers, manager of the Juneau airport said. “As the larger bird approached, the smaller bird dropped its prey”. The fish hit one of the eye-brow windows of the cockpit. By the time they arrived in Yakutat, all the evidence mechanics found of the “birdstrike” was a greasy spot and some fish scales. No damage.

This information comes from a New York Times article of the time. Interestingly, the date is April 1st, 1987. The article doesn’t seem like an April Fool’s joke. If it is, it appears that life really DOES like to imitate fiction…

Incredibly, the same sort of “birdstrike” happened in September 2014, this time to a US government-owned Gulfstream GIV, in MacDill Air Force Base near Tampa, Florida. On this occasion the bird was identified as an osprey. Again, the bird was in the air, with its cargo in its claws, when the big, fast and noisy bird approached it. Like the eagle in Alaska, the osprey quickly determined that its cargo was seriously hindering its climb performance, and dumped it.

This time though, the aircraft was still on the ground. The crew saw the osprey flashing past just before rotation. They then felt a thud, big enough to decide to abort the takeoff! Both pilots assumed they had a birdstrike with the osprey, but when ground crew inspected the runway, they found fish remains. 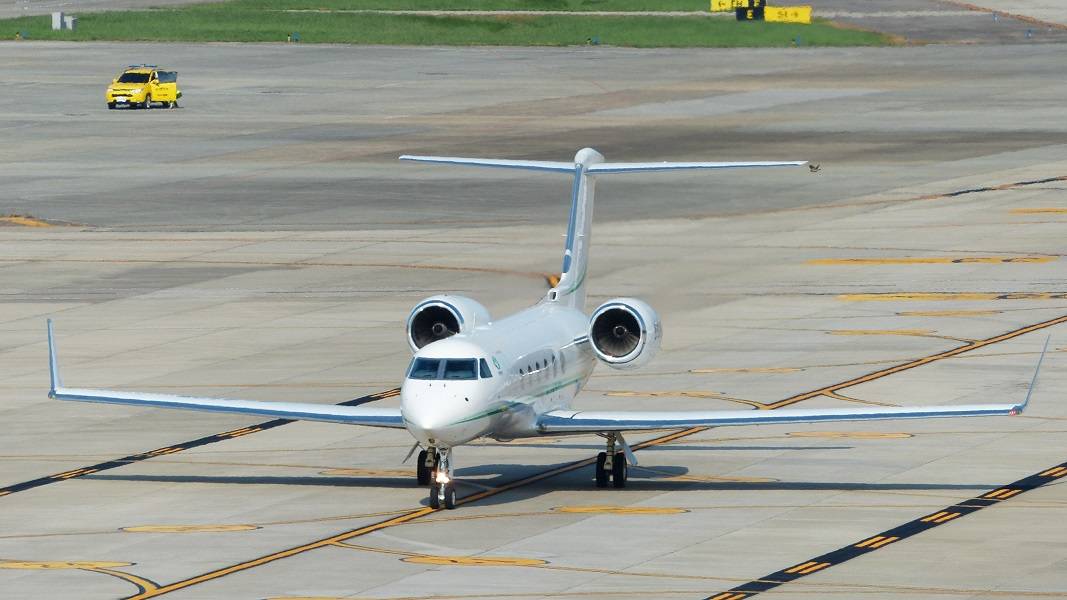 Gulfstreams aren’t huge but you still wouldn’t want one to hit you, whether you’re a bird or a fish

In all cases of bird strikes (and “bird” strikes), authorities try to analyse any animal remains, to determine its origin, eating habits etc. The idea is to find what the animal was eating. Then, if possible, they try to remove this food source from near the airport. So the ground crew got DNA material off the Gulfstream and took that plus the dead fish and sent them to the Smithsonian Feather Identification Laboratory in Washington, D.C. The lab determined that the fish was indeed what the aircraft hit.

Experts believe that on this occasion the bird had probably landed on the side of the runway, and was merrily having its fish lunch. Then the plane started its take-off roll. In response the osprey took off with its lunch, trying to get away from what it saw as a threat.

“As comical as this event is, the underlying lesson is that vigilance with regards to wildlife on and around the runway is necessary to keep all aircrew and aircraft safe and to maintain our goal of mission readiness,” said Lindsey Garven, 6th Air Mobility Wing Bird Aircraft Strike Hazard contractor.

Indeed, all airport authorities take such events very seriously. Even the location and design of airports has to take bird and other wildlife into account.