Alaska Airlines 737 Has A Bearstrike On Landing

An unfortunate incident happened in Yakutat Airport in south-east Alaska, when a landing Boeing 737 hit a brown bear that was crossing the runway. No passengers or crew were injured.

The incident happened on Saturday at 6:30pm local time, so well after darkness. Airport staff reportedly had cleared the runway only 10 minutes before Alaska Airways flight 66 arrived. 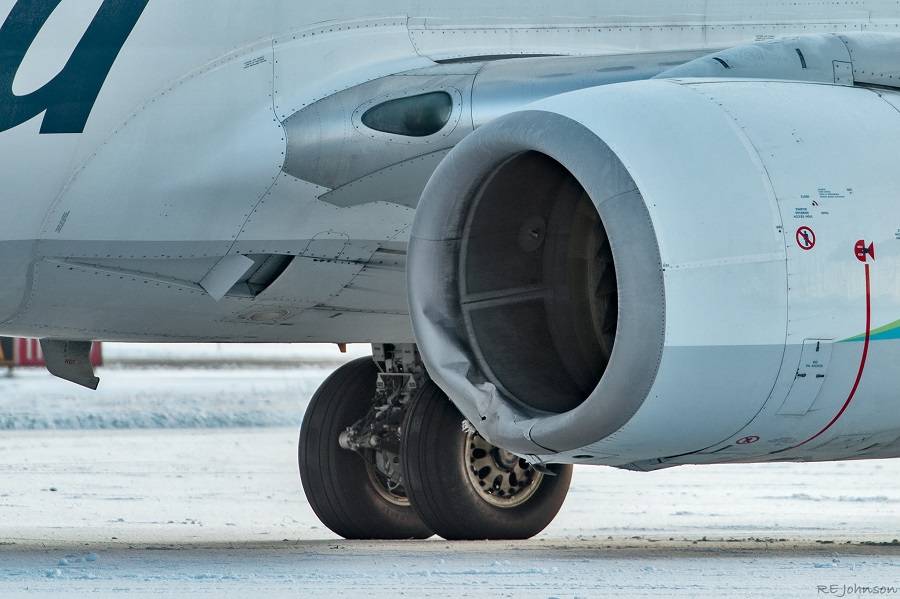 The two pilots of the Boeing 737-700, registered N615AS, made a normal touchdown and had slowed down to approximately 60 knots (~110km/h) when they saw two bears crossing the runway. The animals were one brown bear sow and her cub, thought to be approximately 2 years old.

The aircraft landed on runway 11. In a statement Alaska Airlines reported that “The nose gear missed the bears, but the captain felt an impact on the left side after the bears passed under the plane” .As they backtracked towards the point of impact, the pilots reported that the bear was “lying about 20 feet (~6 meters) off the centre of the runway”, according to the airline.

The impact unfortunately killed the brown bear sow. The cub was uninjured but its fate after the incident is unknown. 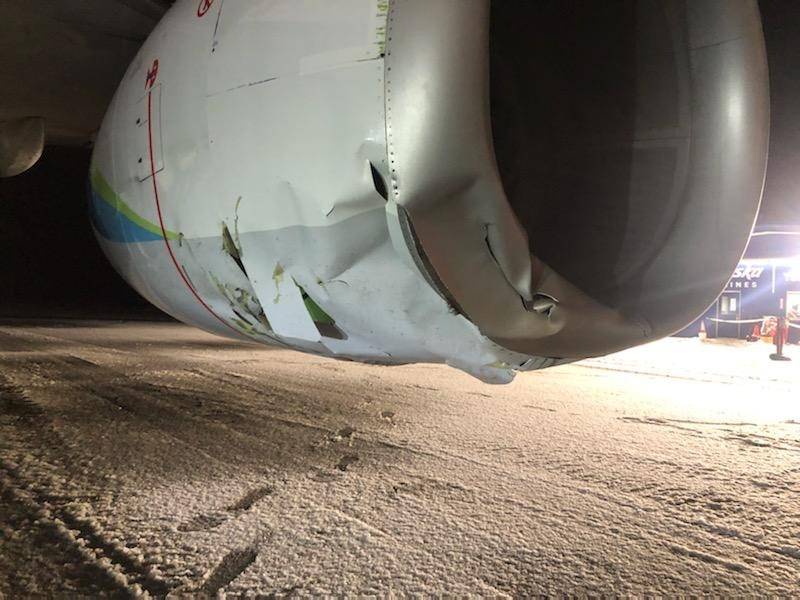 It looks like the damage affected both the cowling and the engine nacelle. Photo by Scott McMurren

The unfortunate bear hit the inlet and cowling on the left (No.1) engine. It is not clear if the animal hit any other part of the aircraft. Alaska Airlines reports that repairs to the Boeing 737-700 will take a couple of days. The aircraft had started its flight in Cordova and would have gone to Juneau after Yakutat. The airline rebooked outbound passengers on other flights.

A First Even For Alaska

Runway excursions by aircraft are not unheard of in aviation. Nor are animal excursions, if you are in the right place (or the wrong place). Yakutat Airport only has a partial fence around its perimeter. For this reason, airport crews undergo wildlife training every year and check the runway between landings. However this event happened under darkness, making animal spotting that much more difficult. 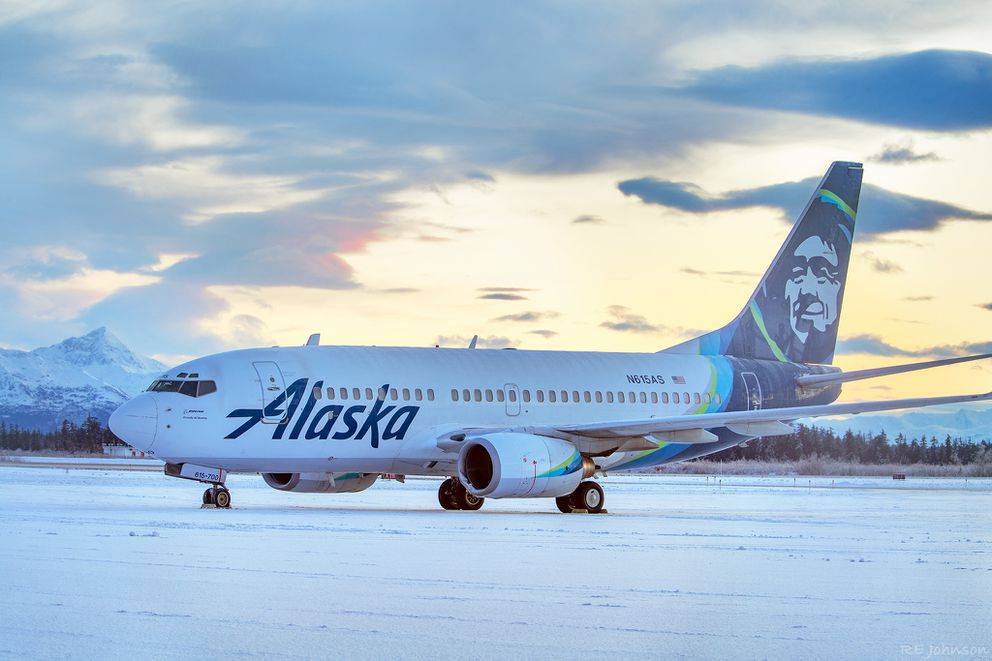 Sam Dapcevich, a public information officer for Alaska’s Department of Transportation, stated that this was a first. Deer, geese, caribou and other animals have had unfortunate meetings with aircraft in the area, but not bears.