Airbus Beluga No1 Gets Retired – Or Replaced!

After over 26 years of service, Airbus retires Beluga No1, the first of these unique jets to enter service. But is its retirement permanent?

The public likes an oddity. The Boeing 747 is the plane that even people not even remotely into aircraft, can identify. That’s because it’s not another tube with wings, and two or four engines under the wings. It’s the one that has that bulge near the front! But if this is the criterion by which we judge interesting aircraft, then the Airbus Beluga is more interesting than most, and No1 started it. 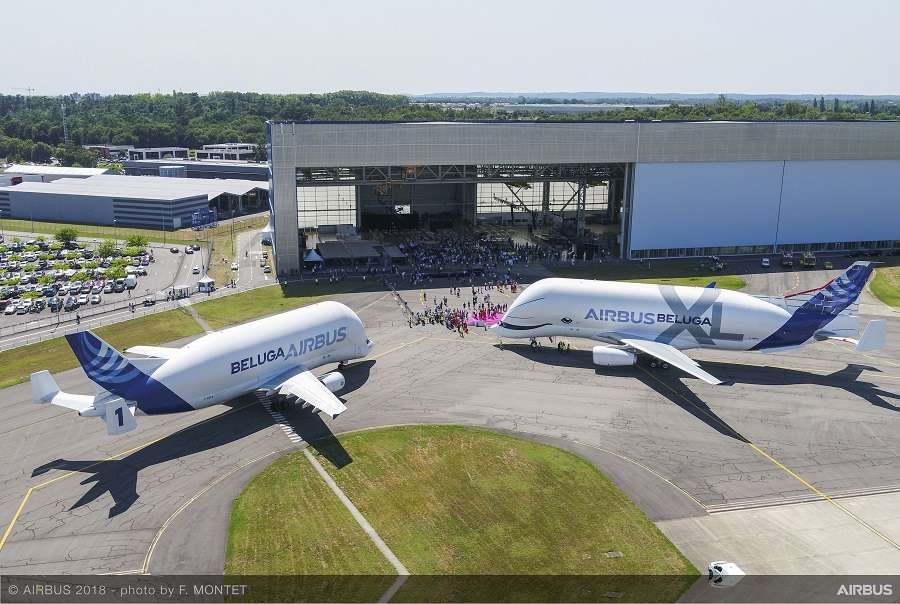 Now, before going further, there is something we need to clarify, lest anyone accuses us of clickbaiting. The story here is that Airbus retires Beluga No1. It is not that they’ve retired an original Beluga for the first time. This is actually the second aircraft that the manufacturer is putting to storage. For reasons we don’t know, Airbus decided to retire Beluga No2 before No1. This happened last October.

Identity Of Airbus Beluga No1

The actual aircraft type of the No1 Beluga, registration F-GSTA, is ‘Airbus A300B4-608ST’, more commonly ‘A300-600ST’. Airbus newly built them, as the A300-600 was in production at the time. The ‘end of service’ flight of the aircraft was from Airbus’ wing factory in Wales, UK, to Hamburg in Germany. We don’t know if this is going to be where the plane will go to storage. The other retired Beluga is in Bordeaux, France. 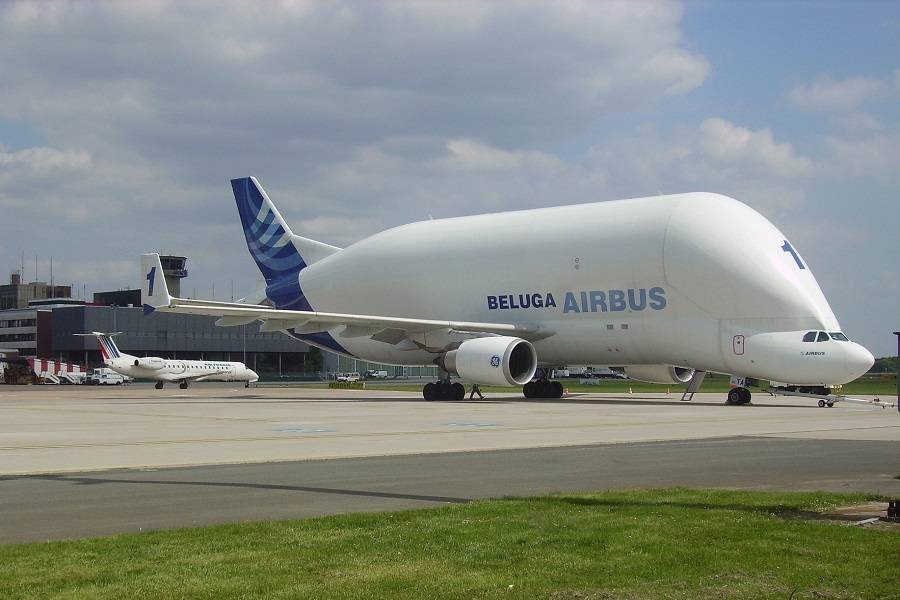 The plan is to replace Beluga No1 and the rest of the fleet with the larger Beluga XL. The first of these entered service last year, as we saw previously. Airbus will build six of the XL models, to replace five STs. And with some of them getting ETOPS approval, Airbus could have more roles for them. These aircraft can carry some really out-size loads, so Airbus could hire them out occasionally.

And this leads us to an inevitable question: will we see Airbus’ Beluga No1 or the rest of the original fleet fly for someone else? There would be some precedent for this. The Beluga fleet replaced the Super Guppy in service with Airbus. The manufacturer bought two of those planes from the US, where NASA had used them to transport rocket parts. And NASA then bought (and still uses) one today, somewhat ironically. Except that this Super Guppy is French-built… but that’s another story. 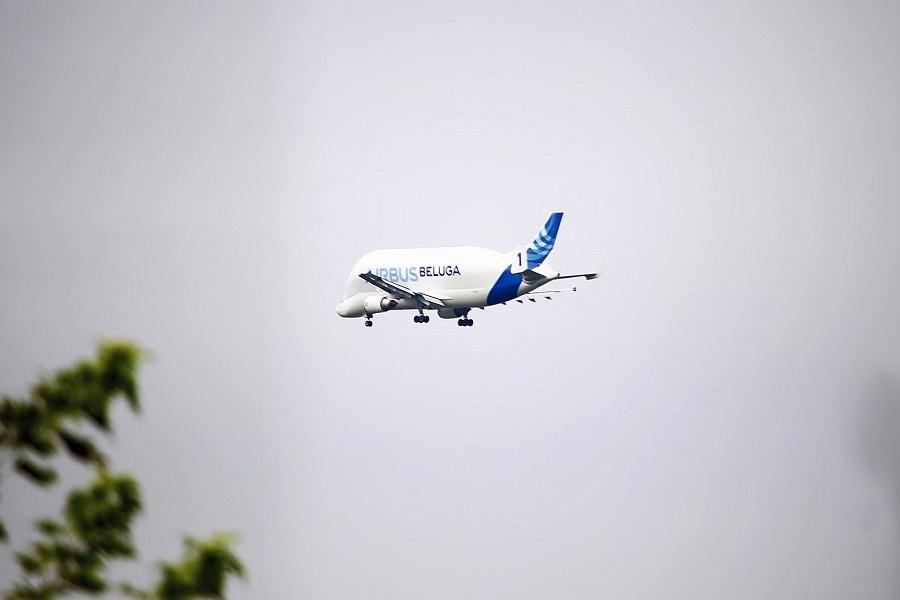 Airbus has occasionally loaned its Belugas to other users, or used them for carrying more than just plane parts. In 2006, the Columbus laboratory for the International Space Station, flew on Airbus Beluga No1. It went from Hamburg to the Kennedy Space Center. So, since NASA picked up a Super Guppy and are using it even today, could they perhaps want a Beluga, to replace it?

Only time will tell. All we know right now, is that Airbus already have two new XL models in service, with a third in testing. The retirement of Airbus Beluga ST No1 could mean that this third XL model may be about to enter service. Or, given slower pandemic production rates, perhaps Airbus can afford to be one Beluga down for a few weeks. 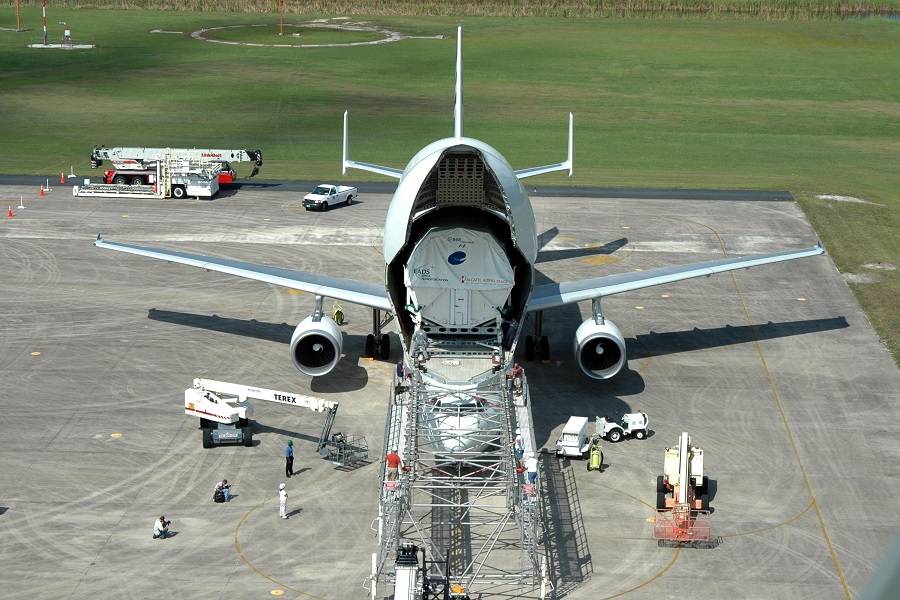 In all, the Beluga program is a resounding success. And if the new XL models stay in service as long as the ST models, they should stay around almost until the mid-century. We can’t help wondering, though, if NASA or a cargo operator might be looking at Airbus Beluga ST No1 with some envy. Airbus actually considered offering the Beluga design for sale at one time, putting it in production.