Leaked e-mails between Aer Lingus and British Transport officials reveal that the airline plans to operate direct UK – US flights.

The talks were between Aer Lingus’ parent company IAG, and senior British officials from the Department for Transport. IAG also owns British Airways. Interestingly, the talks seem to centre on getting approval for these routes from the United States.

The key is that under previous US-UK agreements, the US would not refuse an EU majority-owned airline to exercise traffic rights under a third country’s (UK) air transport agreement. The implication is that Aer Lingus could get permission to perform flights that British Airways possibly could not.

Aer Lingus has had a long history, stretching back before the second World War. It has gone through a number of transformations over the years, and is currently operating an all-Airbus fleet. The airline is running a unique mix of operations, however. Its short and medium haul operations are effectively following the low-cost carrier concept.

But Aer Lingus also has a substantial long-haul operation. This follows a business model that is closer to the traditional flag-carrier model. This is not unlike Alitalia’s aim of serving Italian expats and foreign nationals of Italian descent. Only in Aer Lingus’ case, their operation is streamlined enough to be successful. 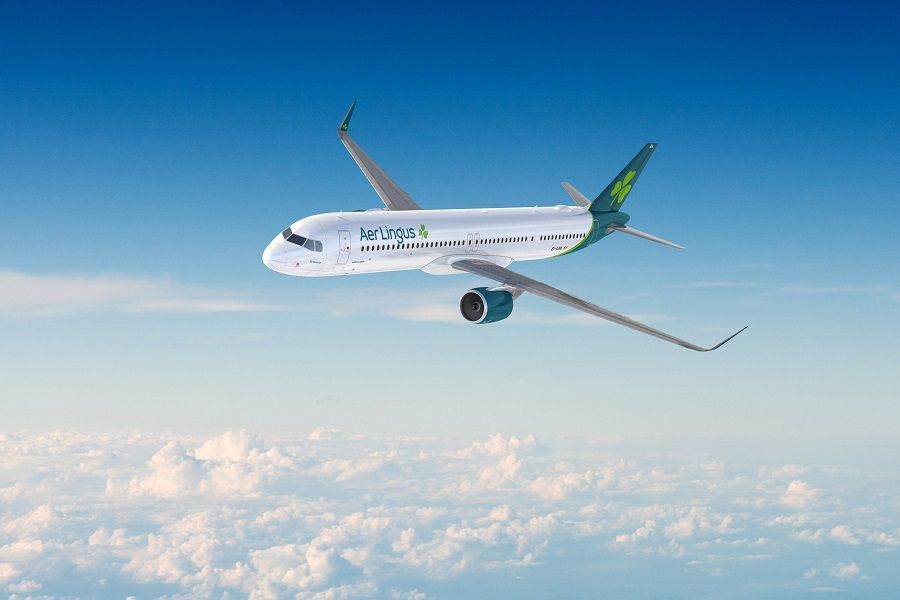 An Aer Lingus A321LR, that the airline would likely use for transatlantic flights

At the moment the Irish airline is already flying passengers from Britain to the United States. But they do it through their Dublin base. They also have two Airbus A321s flying between London Heathrow and the US, through Shannon Airport. Direct US-UK flights could operate from Manchester, whose airport authorities have previously discussed such Aer Lingus flights.

Like many others, the airline has had to cut routes out of its schedule in the pandemic. One theory is that these discussions aim to streamline their operations during the crisis. At the moment they fly passengers from European cities to Dublin or Shannon, and then on to the US. An alternative would be to try to perform US routes more directly.

While most airlines are currently reducing long-haul flights, Aer Lingus would probably not benefit from such a move. Their strategy made these flights central, and they were profitable. Also, maintaining them would allow them to retain some revenue by carrying freight, similarly to SWISS and others flying long-haul.

These plans may well see fruition into 2021, so we may be in for a bit of a wait, before this story develops.