The passengers and crew of a Jetstream 41 faced an unusual challenge when a bird strike caused a propeller to splinter and pierce the cabin. There were no injuries. 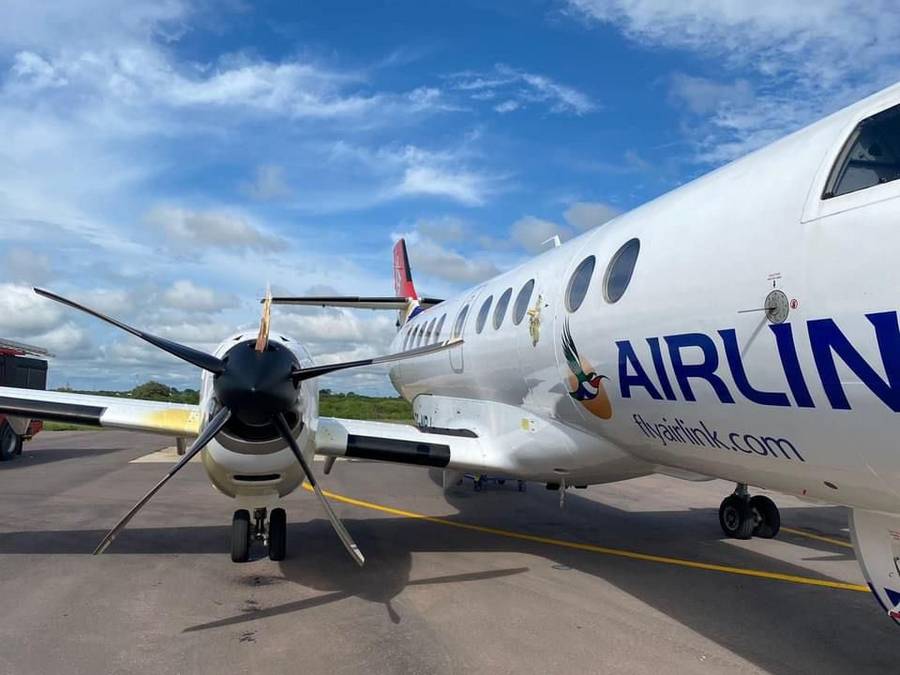 This event took place on the third of January. It involved an Airlink flight from O. R. Tambo International Airport (FAOR) in Johannesburg, to Venetia Mine Airport (FAVM), in South Africa. According to the airline, this was a chartered flight. The airline did not disclose the number of passengers and crew on board.

The departure of the aircraft from Johannesburg was uneventful. It cruised at FL210, before descending towards Venetia Mine. But during its approach, the plane hit a large bird, reportedly a Kori Bustard. It impacted the propeller of the right-hand engine. Then, a propeller blade broke off, piercing the fuselage and entering the cabin. 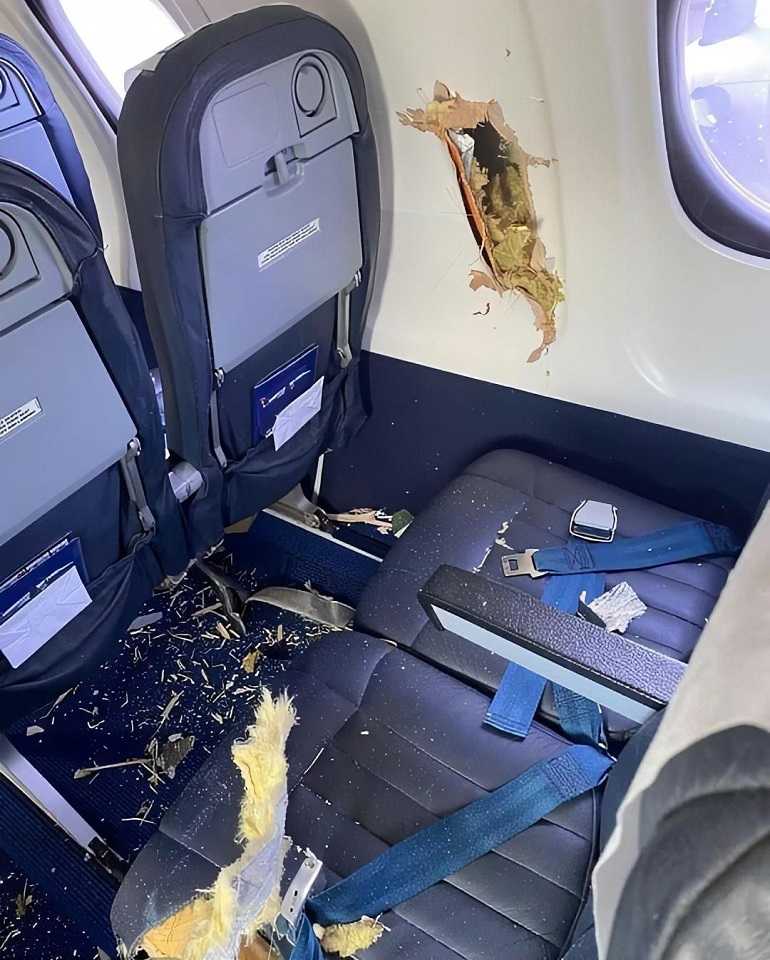 The fuselage of propeller-driven aircraft incorporates some strengthening, to protect the cabin from a propeller failure. It isn’t a coincidence that the fuselage of the Jetstream 41 doesn’t have a window in that location. Propellers can also accumulate ice, chunks of which can impact the fuselage, as it sheds away. But in this case, the propeller fragment may have simply been too big for the fuselage to handle. 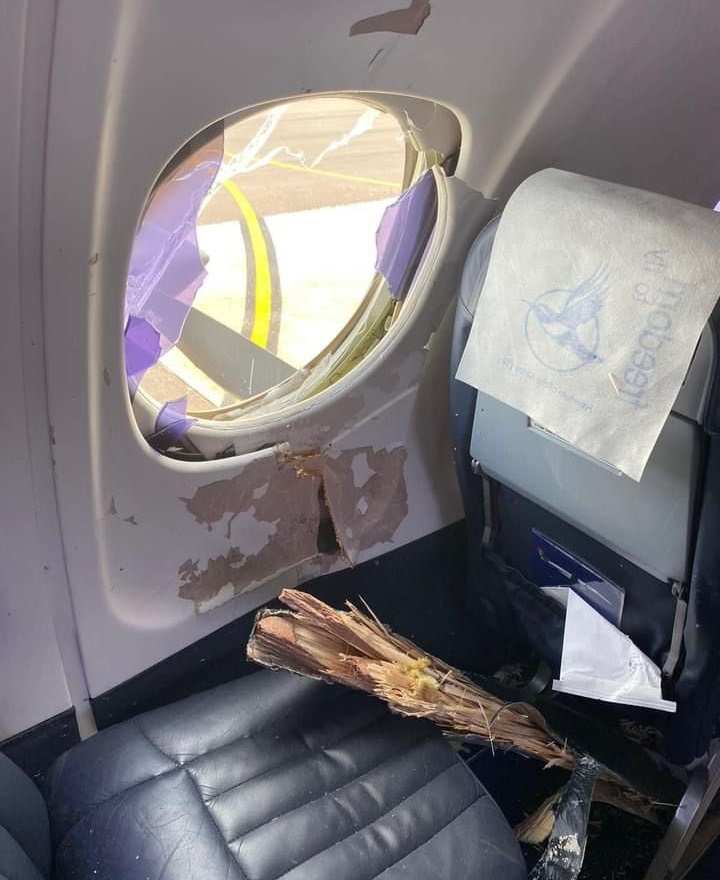 This is the opposite (left) side of the cabin. Photo: @JacdecNew via Twitter

The propeller blade that pierced the cabin of this Jetstream 41 was made by MT. It is model MTV-27 and as the pictures show, it actually has a wooden core. However, it does have a bonded-on nickel-alloy leading edge. Carbon fibre and other materials have gained a lot of popularity for use in propellers, in recent years. But wood still remains a good material for this purpose. Many call wood “nature’s composite”, with good reason.

Interestingly, MT describes these as “FOD repairable blades”. But obviously, repairability can only go so far. The Kori Bustard is the largest flying bird in Africa. In any case, the damage to the aircraft’s fuselage and cabin is a bigger concern to the airline than the propeller. The aircraft in this accident is a British Aerospace Jetstream 41, with tail number ZS-NRJ. It first flew in May 1995, making it just over 26 and a half years old. 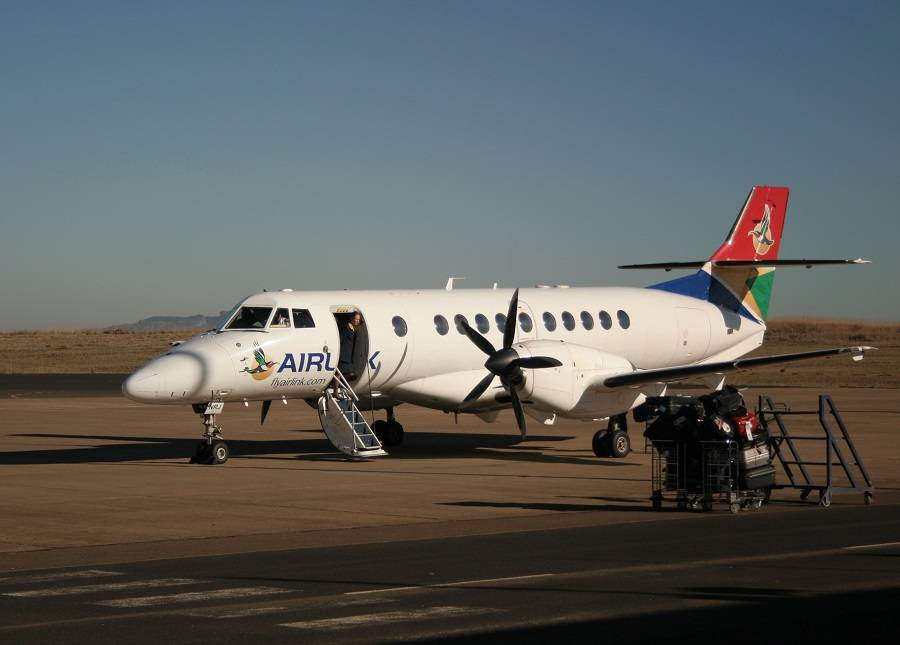 Airlink (and its predecessor, South African Airlink) has been the only operator of the aircraft since new. The airline said that the aircraft sustained substantial damage in this event. Airlink has been retiring its Jetstream fleet, with many aircraft already grounded, supporting the rest of the fleet for spares. And sadly, this makes the odds of this plane returning to service, that much lower.