A Boeing 737 suffered serious damage, causing more damage to airport equipment, because of a pilot seat malfunction during the take-off roll. 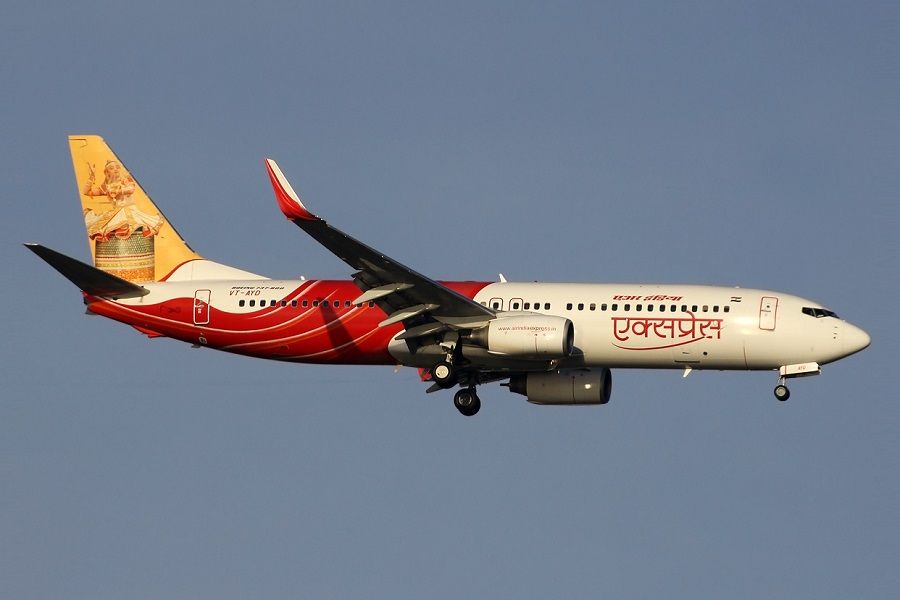 But if this was a crash, it didn’t stop the flight. This author isn’t aware of another CFIT accident, where nobody was injured AND the plane then continued to fly, climbing to cruise altitude. For that alone, this event is quite remarkable. And it began with a pilot seat that had an untimely malfunction.

It all happened on the 12th of October 2018, but India’s AAIB published the final report earlier this year. The accident involved an Air India Express Boeing 737-800. The aircraft was departing from Tiruchirappalli (Trichy) International Airport (VOTR) in India’s Tamil Nadu State. The crew would perform flight IX-611, to Dubai (OMDB). The aircraft carried 130 passengers, in addition to the two pilots and four cabin crew. 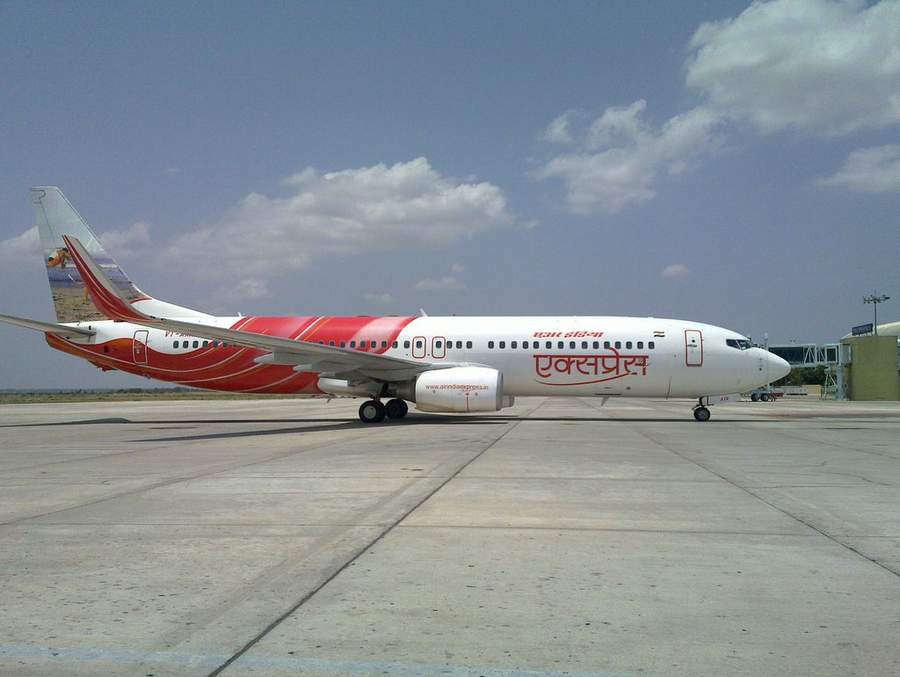 A Seat Malfunction And Some Bad Timing

But how could a malfunction of a pilot seat cause a crash? The answer has to do with what the pilot is holding at the time. This crew had just performed the opposite leg, flying in from Dubai without incident. For this flight, they performed the Before Take-off Checklist normally, and after getting their clearance, started their take-off roll. They were on runway 27 at Trichy airport. The Captain was pilot-flying.

The pilot seat malfunction came as the plane reached 117 knots. Specifically, the Captain’s seat’s reclining mechanism collapsed, and he got off-balance, leaning rearwards. The Captain immediately said “Your Controls” to the First Officer, who continued the take-off roll. The Captain later estimated that it took him about five seconds to sort out his seat. At that time, he retook the controls. The aircraft was still not at V1, which for this flight was 143 knots. 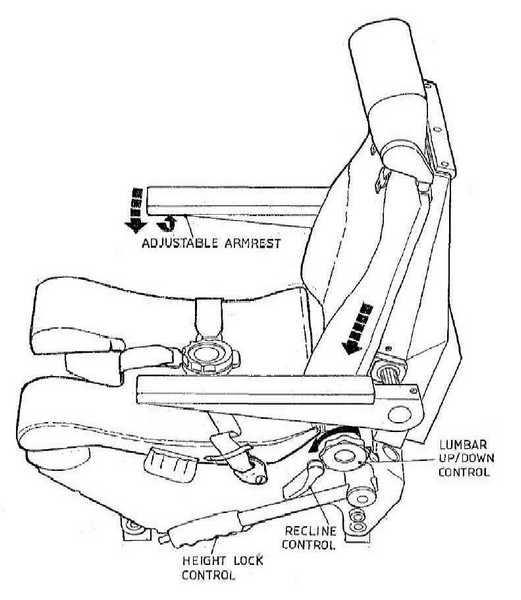 Neither pilot noticed that when the Captain’s seat had its malfunction and collapsed, the Captain inadvertently brought back the throttles. During take-off, pilots have one hand on the throttles, until V1 (decision speed). This is to ensure that they can retard the throttles quickly, if it becomes necessary to abort the take off.

So during the seat malfunction, the Captain’s hands pulled back on both the throttles and the yoke. The result was that engine thrust went from 98% to 77% N1. Five seconds later, the Captain realized that they had 2,000 feet (610 metres) of runway left, still being below V1. He retook control as the plane passed the 1,000-foot marker, still a bit below V1, and pulled back on the yoke, to start the rotation. The thrust remained at the same lower setting at this time. 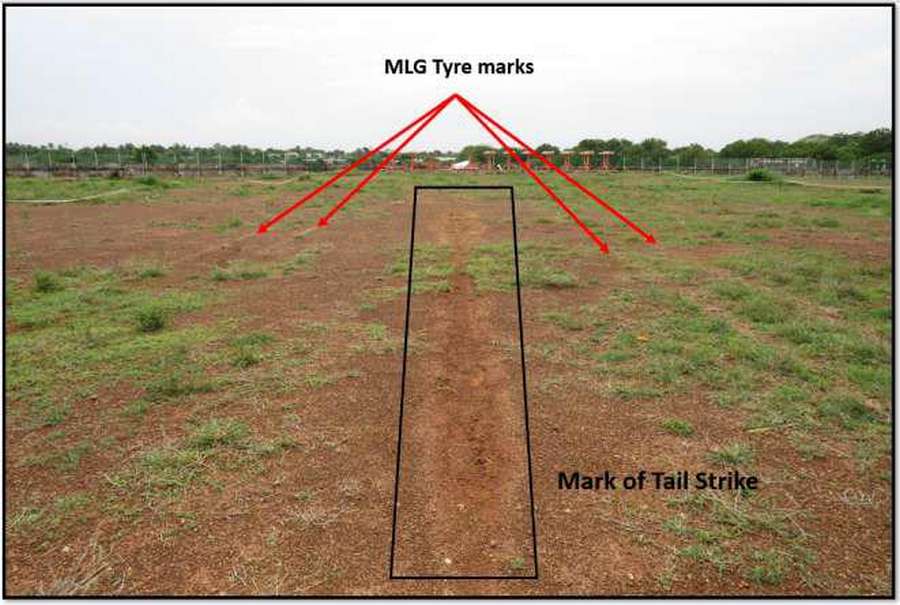 A Localizer Antenna, A Wall And Some Sturdy Landing Gear

The pilots later reported feeling a vibration during lift-off, “similar to wake turbulence”. The Captain also reported the aircraft feeling sluggish on rotation, requiring more control input. It later became apparent that the 737 had a tail strike, as it rotated at a low speed. But it did take off. With the seat malfunction sorted, and the aircraft having a positive rate of climb, the crew continued their flight normally.

But things on the ground were not normal. The airport’s ATC duty officer got an indication that the ILS localizer (at the end of the runway) was inoperable. An inspection quickly showed the reason. The aircraft had hit five localizer antenna units, with its main landing gear. Afterwards, both landing gear legs went through the airport’s perimeter wall! Apparently this, plus hitting the antenna, were the source of ‘vibration’ that the crew felt on take-off. 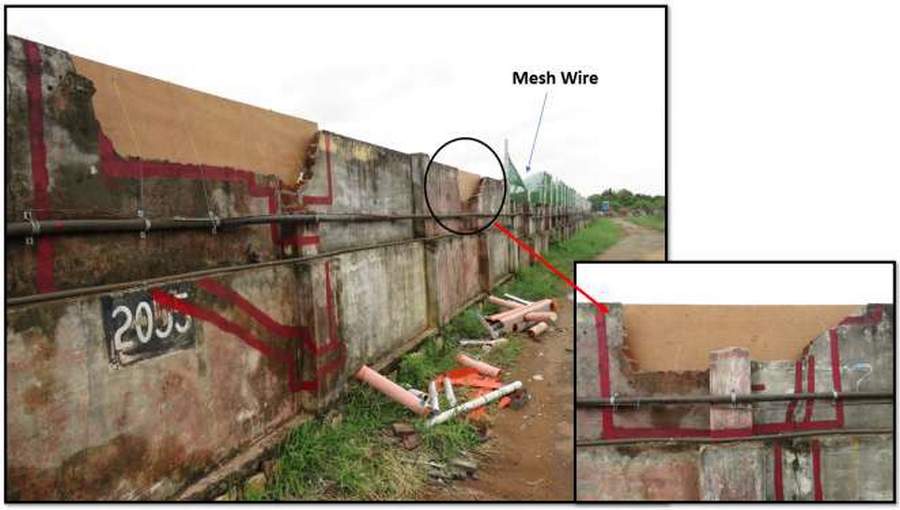 Damage to the wall and mesh wire (the boards against the wall were added later). Image: India AAIB

Cabin crew sitting near the back of the 737 reported that they heard a thud on take-off. But at the time, they both thought this was luggage, shifting as the aircraft rotated. Also, they had previously noticed a reduction in the aircraft’s acceleration. ATC eventually asked the air crew to confirm “all ops normal”. The crew confirmed, later asking what happened. ATC then informed them that “While you take off you hit the Localizer and Boundary Wall and Localizer Antenna broken”.

No Malfunction – Except The Seat!

This was no longer about a seat malfunction. The crew acknowledged the message, and then started checking the condition of their aircraft. First they checked their engine instruments and other systems. Then they levelled off at FL210, slowing down so they could cycle the landing gear down and up again. And when they reached their cruising altitude (FL360), they monitored their pressurization and rechecked other systems. Everything seemed normal. 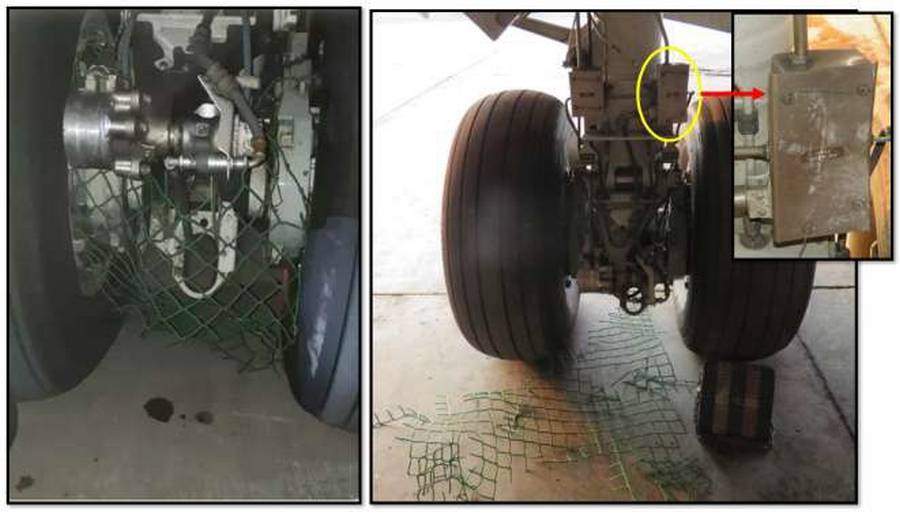 Around half an hour after the flight’s departure, an Air India Express maintenance engineer inspected the accident site. Among the debris at the end of the runway, he identified a broken VHF antenna, belonging to the aircraft. Also, there was honeycomb composite debris from the belly of the 737 (see below). Later still, with the aircraft out over the Arabian Sea, the crew got word that their airline wanted them to divert to Mumbai Airport (VABB). This they did, landing safely.

What had began as a seat malfunction, became a very close call for the crew and their passengers. The report into the accident examined the damage to the aircraft and the airport installations. It also examined the cause for the malfunction of the Captain’s seat. They eventually determined that a too-tight cable, controlling the recline mechanism, allowed the seat’s back to collapse without input from the pilot. Existing maintenance procedures wouldn’t easily catch the issue. 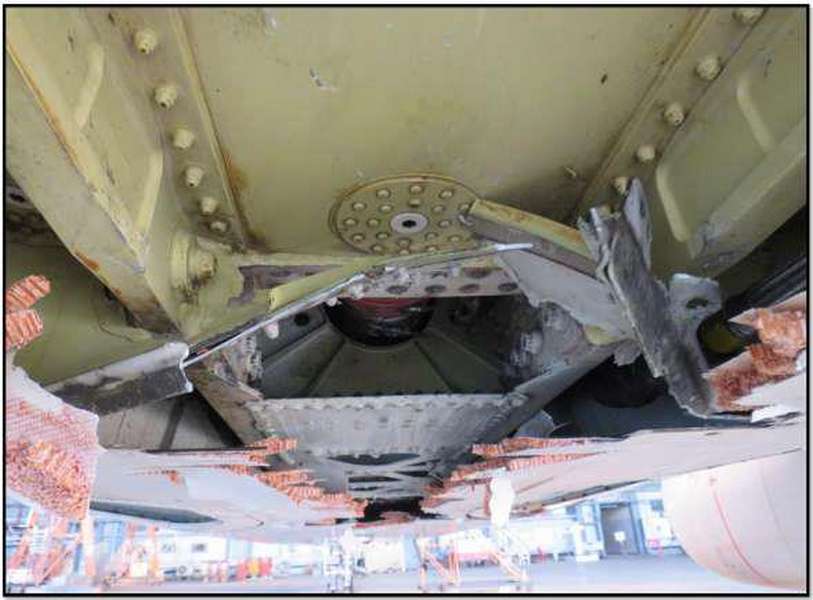 But clearly, this wasn’t really about the seat malfunction itself. The report criticized how the crew switched roles twice, during take-off. Technically, immediately after his seat malfunction, the Captain was temporarily incapacitated. This isn’t how the First Officer handled the situation. However, the unexpected nature of the events overtook both pilots.

Probable Cause And Some Alternatives

The extent of damage to both the aircraft and the airport made this an accident, according to the investigative authorities. Their final report determined this to be the probable cause of the accident:

“Delayed take-off due to reduction of take-off thrust N1 from 98% to 77%, inability of both the crew members to monitor the thrust parameters and to take timely corrective action. This resulted in tail strike and subsequent hitting of the localizer Antenna and boundary wall of the airport.” 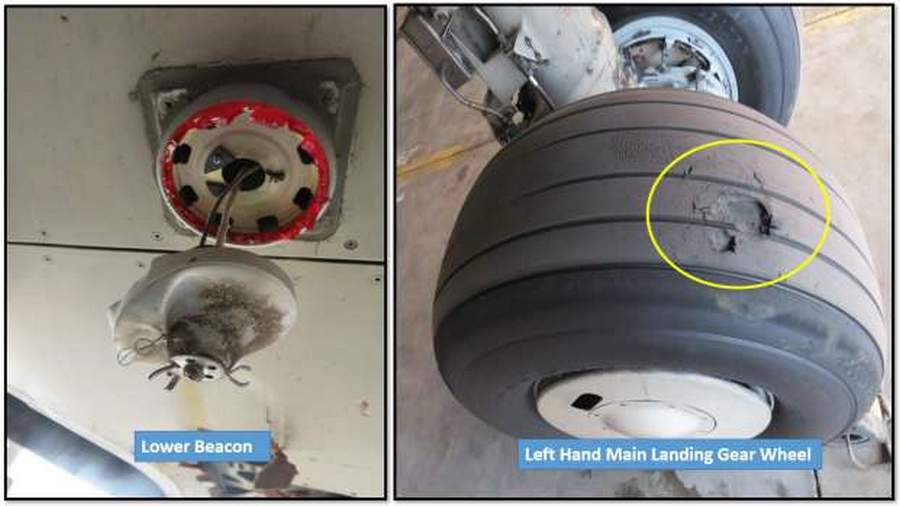 The report also listed these as contributing factors:

The report also examined the outcomes of several alternative scenarios, had the crew acted differently after the seat malfunction: 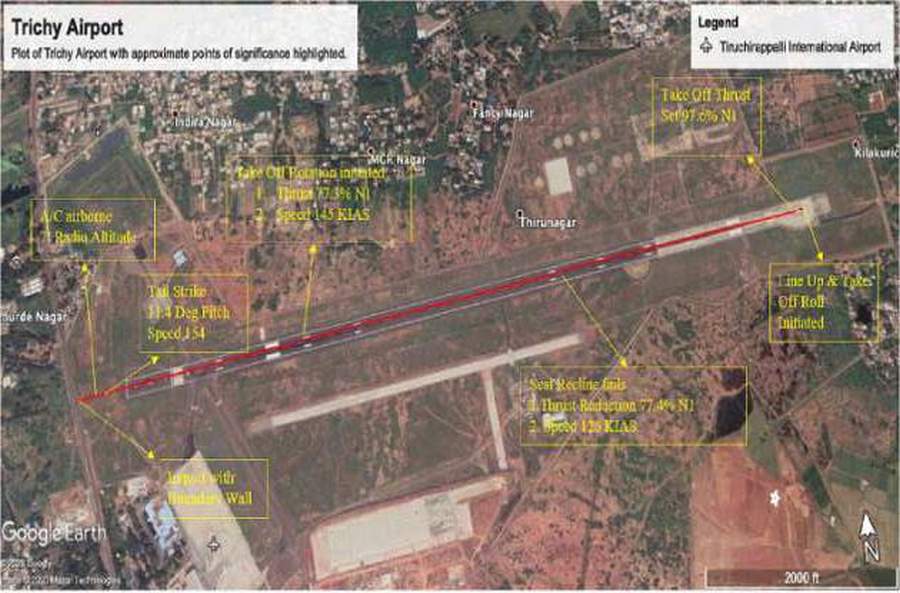 The report also made four safety recommendations. Firstly, they may issue an advisory, regarding general safety instructions, for handling situations that aren’t part of the manufacturer’s documentation, like this seat malfunction. Regarding that seat, they will recommend to Boeing that they study how often these malfunctions happen. This could change the way maintenance services the seats.

Finally, the report calls for Air India Express to stay on top of the proficiency evaluation of its pilots. And they should consider reassessing the way they evaluate the decision making skills of their crews. 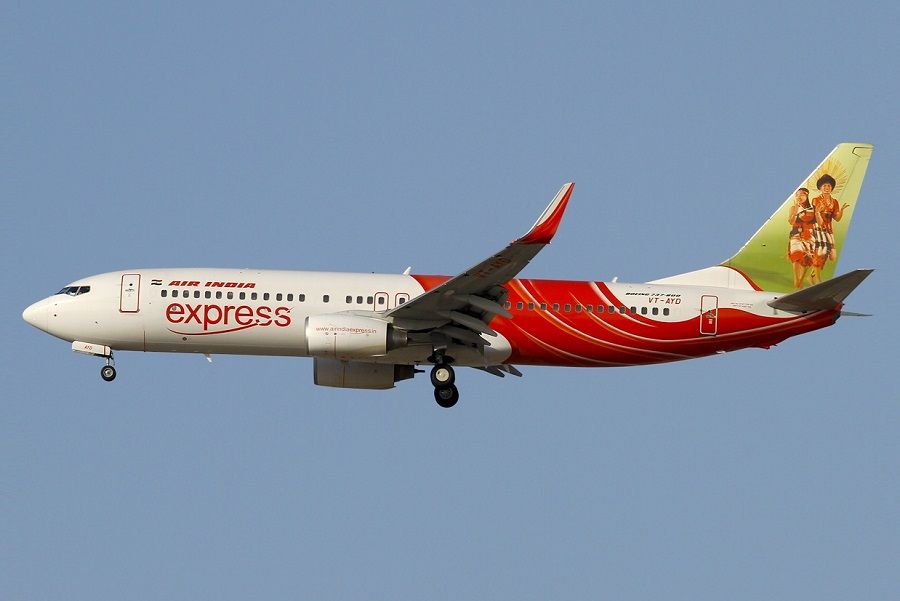 The aircraft, a Boeing 737-8HG(WL) with registration number VT-AYD, was about 9 years old at the time of the accident. The airline returned it to service about 4 months after these extraordinary events.

Beyond the astounding cascade of events, following this seat malfunction, this accident is a candidate for the closest a crew could come to crashing, without actually crashing.

Final report HERE (as of this writing the web page appears to have an expired certificate, which could trigger a warning)