An Embraer Phenom 100 corporate jet, registered to Luxwing, had an accident when it slid off the runway in Paris, at Le Bourget Airport. The three occupants suffered only “light injuries”.

The accident happened on Monday, at the conclusion of the Luxwing Phenom’s trip from Venice, in Italy. The aircraft took off at 9:18AM local time, taking 1 hour and 44 minutes to get to Paris. The crew made an approach to runway 27 at Le Bourget. At this time we don’t know if the aircraft had any issues prior to the landing. However, the crew did not enter a holding pattern before their approach. 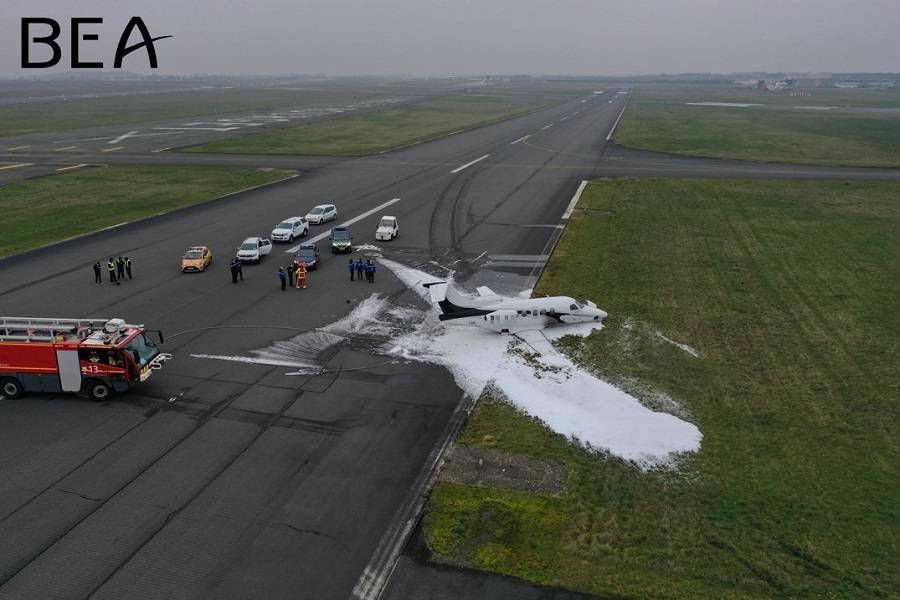 Photos of the accident site show that the Luxwing Phenom 100 came to a rest approximately 1,130 metres (3,707 feet) down the runway. There are what appear to be very prominent tyre lock-up marks, leading to the aircraft. These rubber marks suggest that the aircraft had remained on the runway center line, until very late into the landing. From the point the tyre marks leave the centerline until the plane’s final stop, was just under 100 metres.

However, a closer look at the photo shows that the aircraft also veered off the centerline earlier in the landing roll. The Luxwing Phenom then returned to the centerline briefly before veering off once more, until the accident site. Reports indicate that a small fire followed, once the aircraft stopped. Since it seems that the wheels were locked for so long, a small fire isn’t surprising. 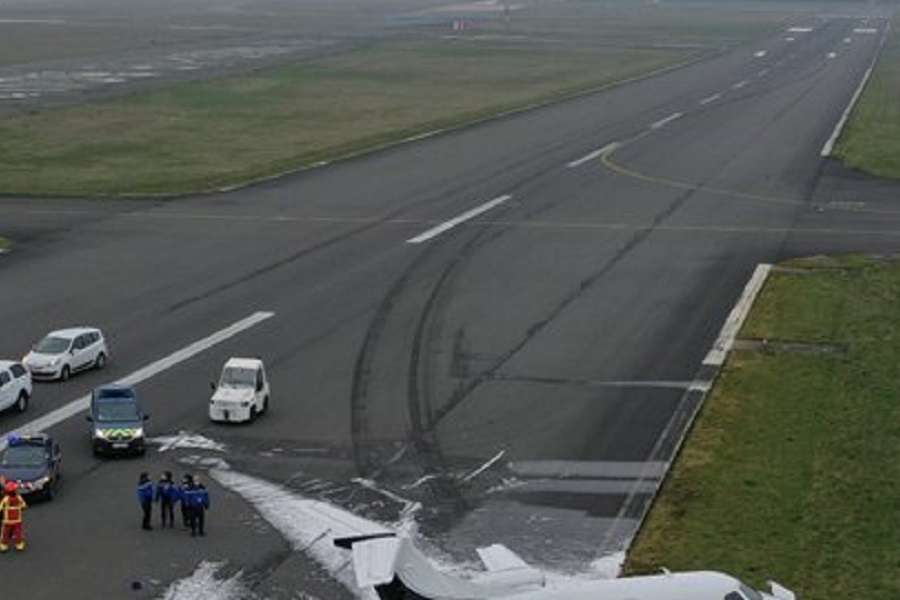 Photo by BEA. Look top-right in the photo, for more tyre lock-up marks

Fire crews were able to put out the accident fire quickly, after the Luxwing Phenom came to a stop. Despite the apparent presence of tyre markings, the stopped aircraft appears to be on its belly. Neither main gear nor the nose wheel appear to be extended in the pictures. The low-wing aircraft seems to be sitting almost flat on the ground. 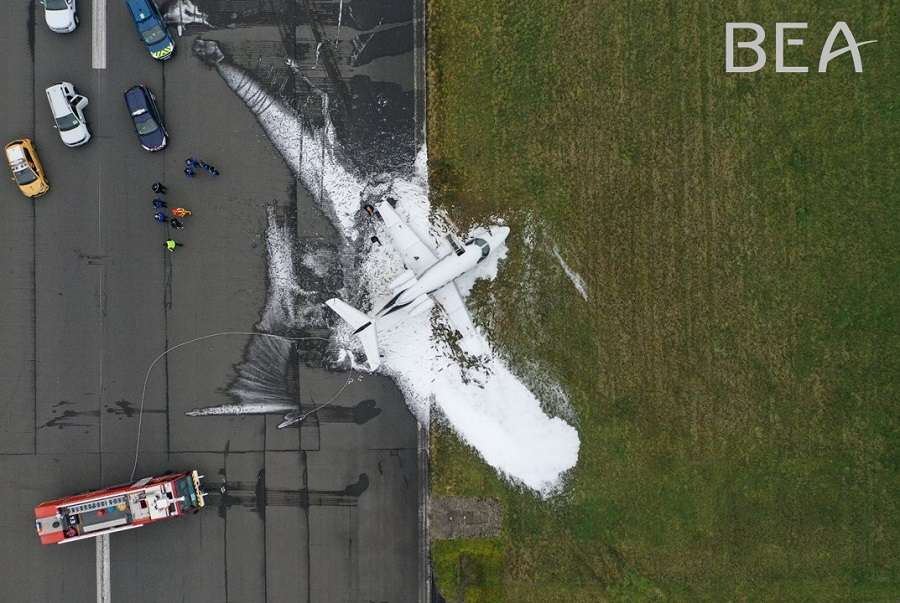 The aircraft is approximately 11 years old. Its registration is 9H-FAM. It previously had the registration OE-FAM, which changed in 2015. The Phenom 100 is a relatively small, efficient twin jet, that may be flown by a single pilot, if necessary. It has very modern avionics (Garmin G3000), and a decent cruise speed (M 0.7). And according to Embraer, its landing roll with a normal load and IFR reserves, is 741 metres (2,431 feet). 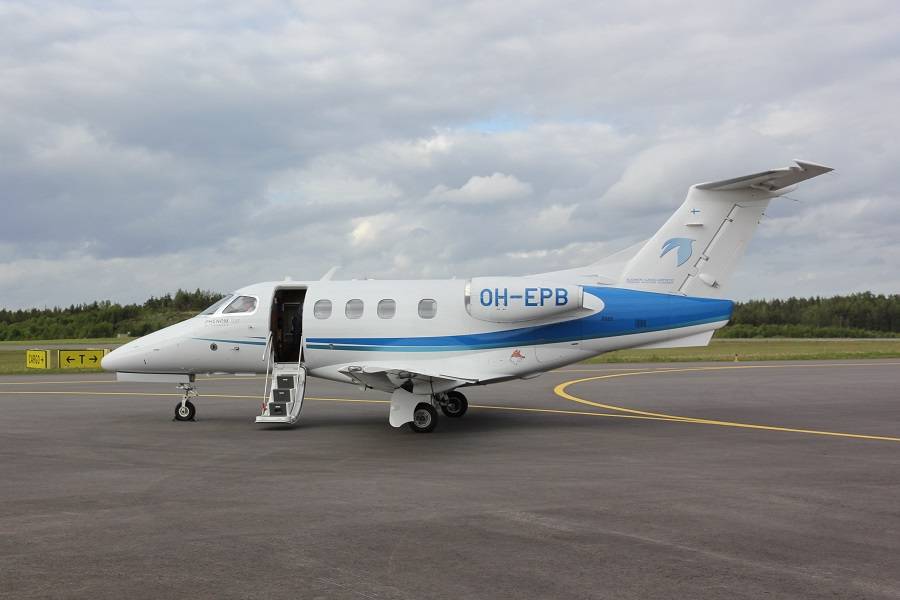 The French Bureau of Enquiry and Analysis for Civil Aviation Safety (BEA) are already investigating. We don’t have any official information on this incident. The Luxwing Phenom did not circle before the accident, suggesting that its crew was not aware of any issues. However, BEA reportedly retrieved a combination CVR/FDR (black box) from the aircraft.

Luxwing have stated that they are cooperating with BEA about the Phenom accident. They also confirmed that there were no serious injuries among the three people on board. The company has also commissioned its own investigation. As usual, we will update the article if there is more information.