A DHL Aero Expreso 757 crew had a runway excursion during their landing, after declaring an emergency. They escaped without serious injuries.

The incident happened on Thursday, the 7th of April, involving DHL Aero Expreso flight D0-7216. The flight would depart San Jose Juan Santamaria International (MROC) in Costa Rica. Its destination would have been Guatemala City La Aurora International (MGGT), in Guatemala. The cargo flight had only two crew members on board. 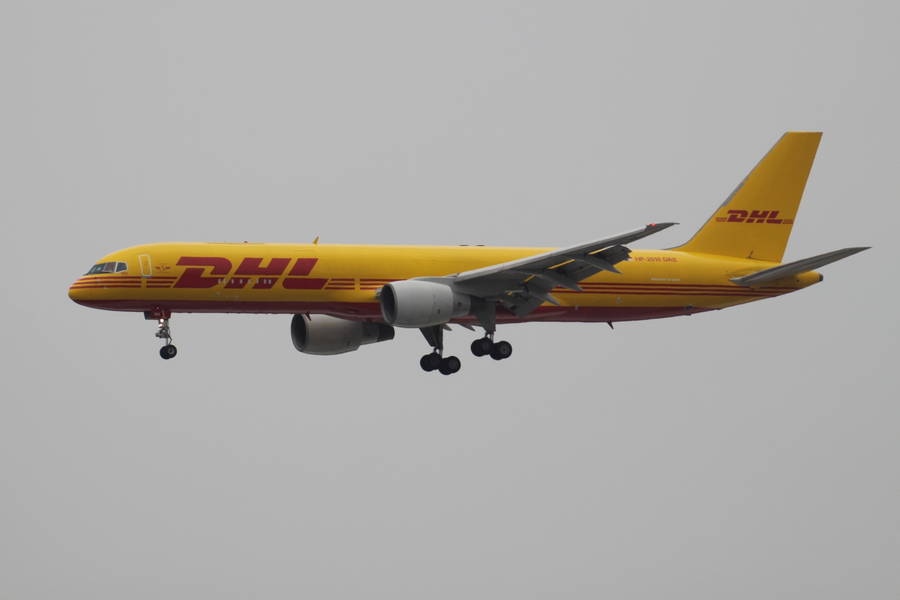 San Jose has one runway, 07/25. The crew lined up with runway 07, departing at around 9:40 local time. This is the runway that the DHL 757 would later close, following its runway excursion. The crew turned north towards their destination, continuing their climb. However, they stopped climbing at around FL210. The DHL crew then made a Mayday call, stating that they have a hydraulic failure.

Turning south, the crew entered a hold, initially at 13,000 feet. They then descended at 9,000 feet, still in the hold, as they worked their checklists. The aircraft touched down approximately 44 minutes after departure. But as the DHL 757 decelerated down the runway, its crew lost directional control and had a runway excursion. 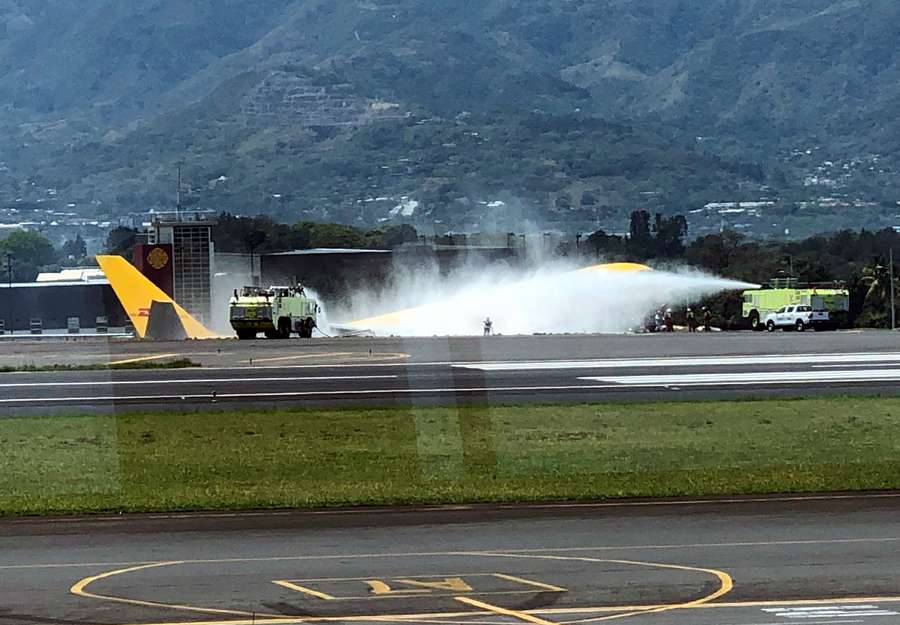 Fire crews got to the plane immediately. Photo by Don Berger, a MentourPilot fan. Thank you, Don!

Fire crews had been standing by as the 757’s crew came in, to land. The aircraft veered to the right, with smoke coming from at least some of the tyres in its main gear. After drifting sideways to the right in its runway excursion, the DHL 757 got close to taxiway K. But it then drifted further to the right, going across an access road, ending up in a steep embankment. As it fell down, the aircraft’s tail section broke off, at a relatively low speed.

As it happens, the access road the aircraft headed towards, led to the airport’s fire department. Fortunately, there were no fire trucks waiting at that position. After their runway excursion, the DHL crew were able to exit their 757 safely. The airline stated that the crew were unharmed. However, one crew member underwent precautionary medical checks.

The excursion and dramatic break up of the DHL 757 meant that the airport had to close. It should have opened again at 6 pm local time. This closure affected over 30 commercial flights, to and from San Jose. 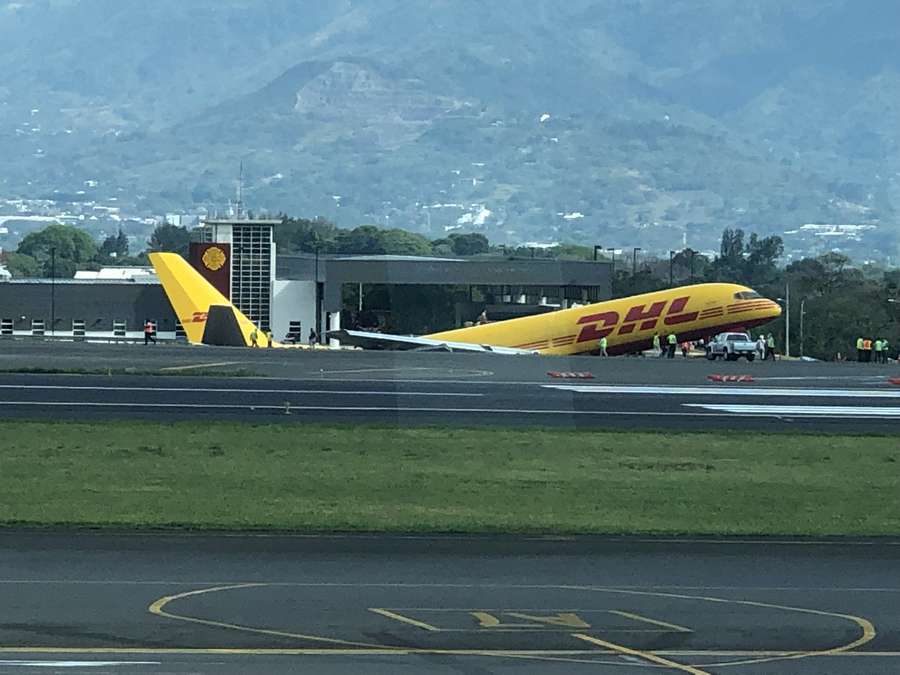 Photo by Don Berger, a MentourPilot fan. Thank you, Don!

The accident aircraft is a Boeing 757-27A(PCF), with tail number HP-2010DAE. It first flew in December 1999, entering service with Taiwan’s Far Eastern Air Transport. Afterwards, the aircraft was converted for cargo use. DHL Aero Expreso started using it in 2010. Unfortunately, the damage means the plane is a write-off.

The same DHL 757 suffered another recent mishap, before this runway excursion. On the 11th of February this year, its crew had to land it without flaps, at a much higher speed. The crew had reported having flight control issues, before beginning their approach. On that occasion, the aircraft stayed on the ground for over two days, before returning to service.