An Aeromexico 787 suffered a surprising amount of damage, most likely from hail, that even pierced its wings! Its crew made a safe landing. 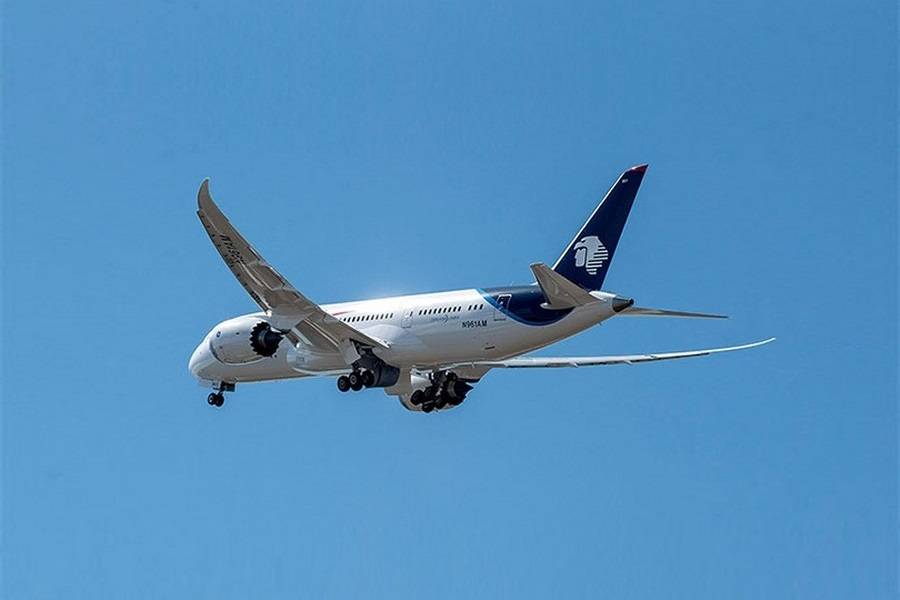 This incident happened on the 21st of April this year, involving Aeromexico flight AM-179. This is a daily domestic afternoon flight, from Tijuana International (MMTJ) to Mexico City International (MMMX) in Mexico. The flight normally lasts just over three hours, and Aeromexico appears to be using a 737 for the journey, since this accident.

It is not clear at which point in the flight the 787 suffered the hail damage that you see in the pictures below. The flight departed Tijuana using runway 27, climbing to FL390. Its crew had to enter a number of holding patterns, during their descent. They were still flying at FL270 for the first hold, still being at FL200 for the last of them. 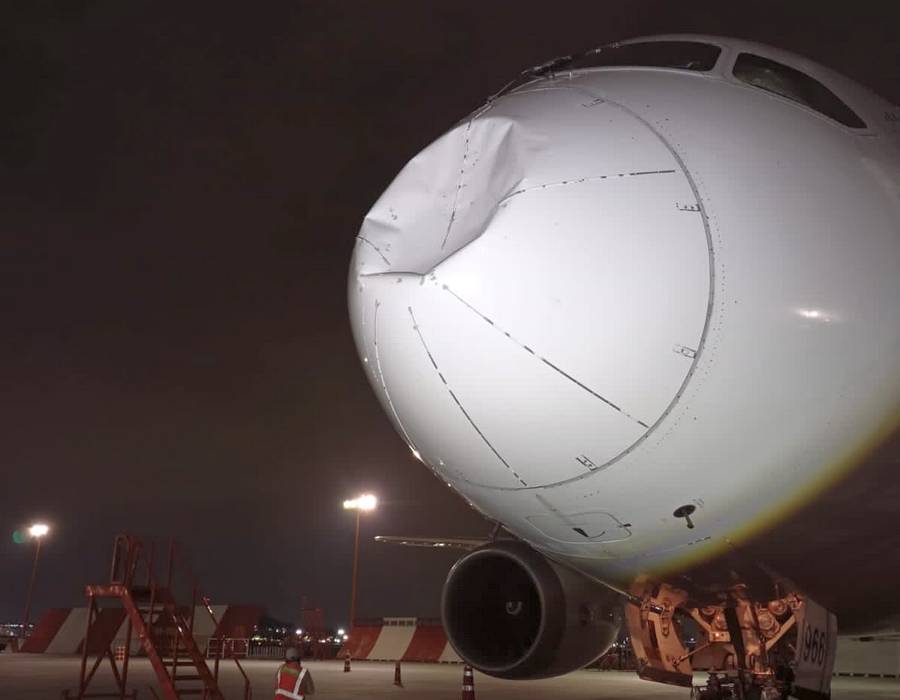 The Aeromexico flight eventually landed on runway 05R in Mexico City. Afterwards, many parts of the 787 appear to show hail damage. They include the landing lights on both the left and right wing leading edges, plus a caved-in radome. And perhaps more worryingly, the flaps have been pierced in multiple places. 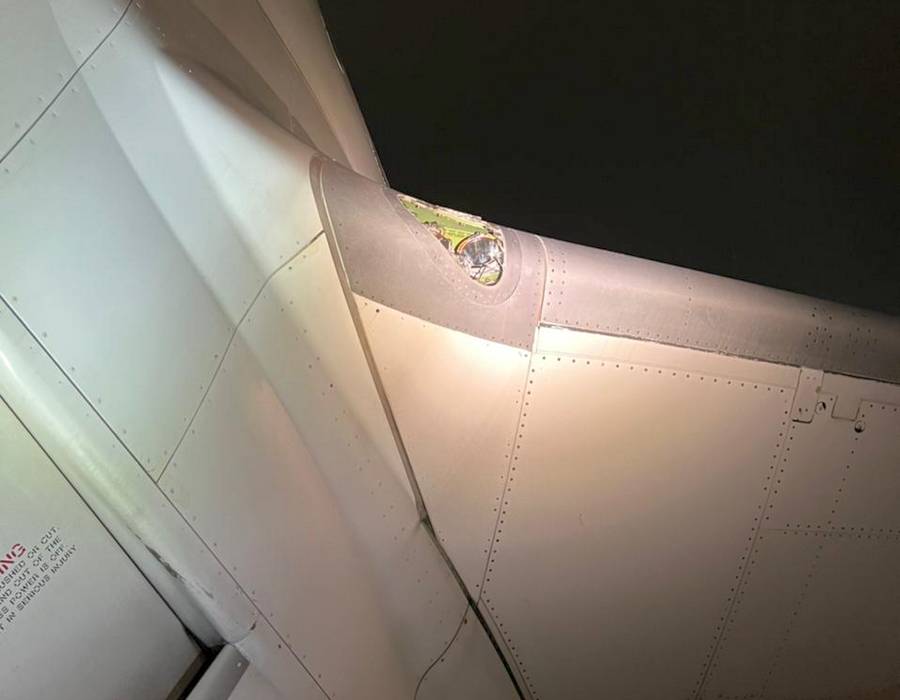 Like its timing, the exact nature of the damage to the aircraft seems unclear. There was rain and thunderstorms in the area, as the flight approached Mexico city. But it is not clear where the 787 encountered hail, to suffer this damage. The aircraft is still in Mexico City. As of this writing, it has not flown again since this event, over 10 days later.

The aircraft is a Boeing 787-8, with tail number N966AM. It is just over eight years old, having flown for the first time in February 2014. Aeromexico is its only operator of the aircraft, which belongs to lessor AerCap. We don’t know how many passengers and crew were on board the 787 when it suffered this hail damage. The aircraft has seats for 243 passengers in total. 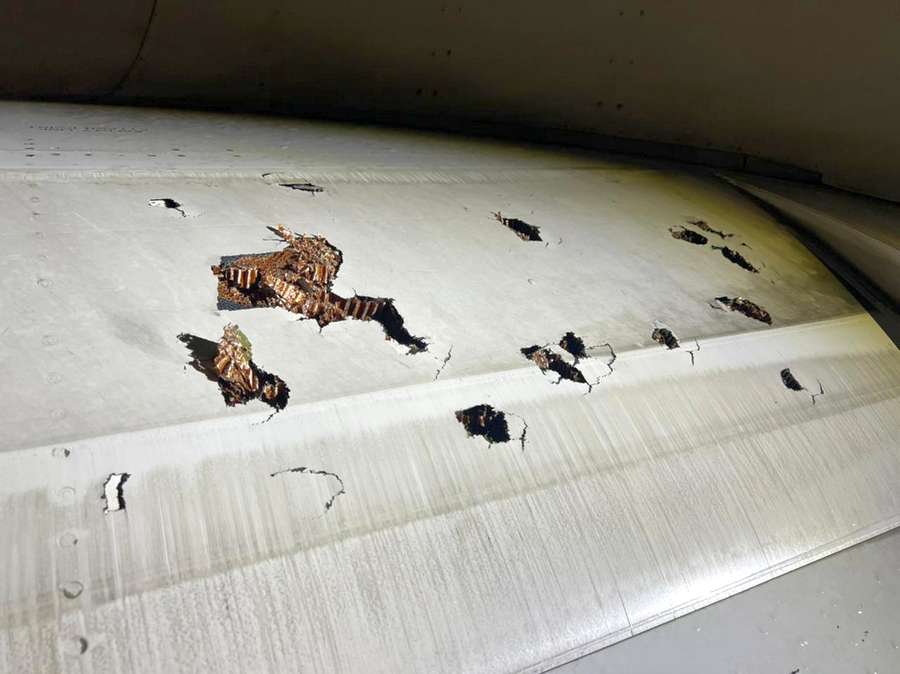 Aeromexico has a total of eight 787-8s, and nine of the larger 787-9s. Financial constraints caused the airline to return one of its 787-8s to its lessor in late 2020, after only seven years of service. During the pandemic, the airline entered Chapter 11 bankruptcy, undergoing a restructuring. But in March this year, it emerged from this process successfully.