747 Supertanker About To Be Retired/Sold?

The career of the 747 Supertanker, the biggest firefighting aircraft, may be in danger as its owner decides to cease operations. But this isn’t the first bump on the road for the impressive jet.

It is probably the most impressive fire-fighting aircraft in the world. “Probably” because Coulson’s Martin Mars has plenty of “wow” factor… but size is relative. The Mars could carry a bit under 8,000 gallons (30,000lt) of water and foam in its tanks. The 747 Supertanker can carry 18,000 gallons (68,000lt). It is literally in a league of its own, carrying nearly double the volume of other large tankers. 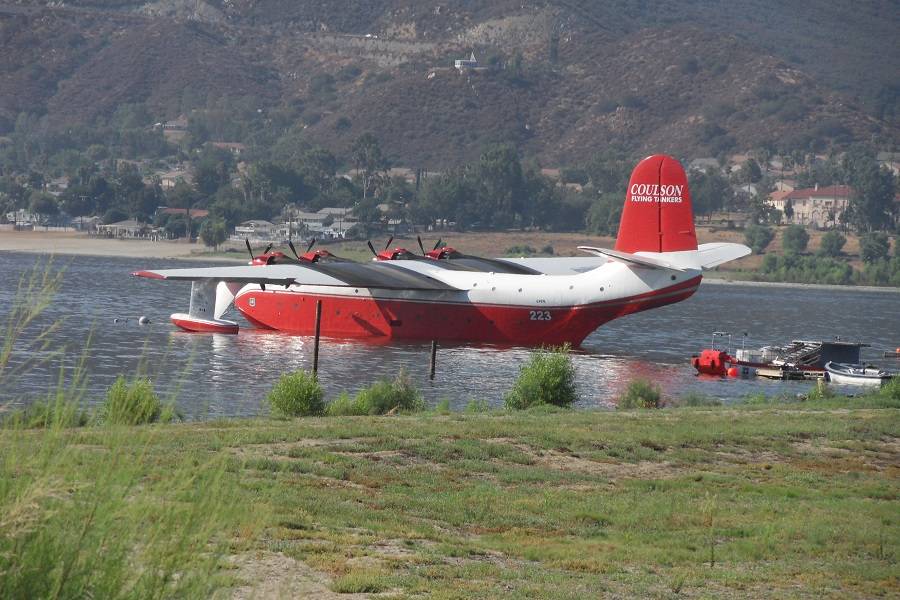 Using a 747 in the fire-fighting role has not been a straight-forward undertaking. The 747 in the pictures below is actually the third such Supertanker to emerge – but only the second to see operations. The first was a 747-200, that never entered service. The second was an older 747-100, that first fought fires in 2009. However, its operator, Evergreen, eventually had to shut its doors.

The successor to Evergreen was Global SuperTanker Services. They didn’t own the 747-100 airframe, so they decided to ‘transplant’ its fire-fighting equipment to a newer aircraft. This is the 747 Supertanker that we know of today. It first fought fires in anger in Israel, in 2016. After more work in Chile, first Cal Fire, the Colorado Division of Fire Prevention and Control, contracted the aircraft in the United States.

However, it now seems that these contracts are at an end. Last week, the company’s investors decided to cease operations. Most employees are furloughed. There were some suggestions (or assumptions) that this development had to do with financial difficulties for the company. But it seems very likely that the reasons are operational, relating to the 747 Supertanker itself. 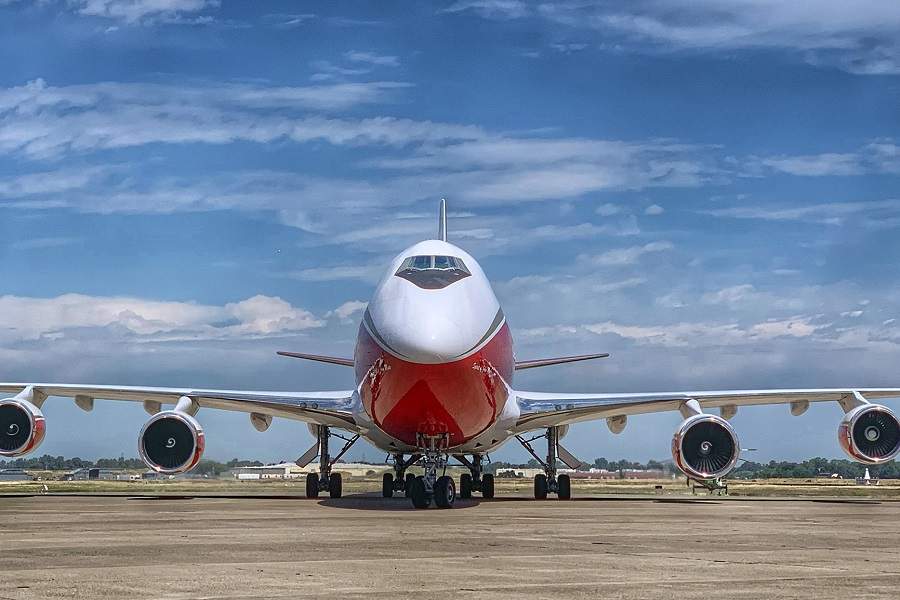 It appears that the agencies that contracted the 747 Supertanker in the US, had some issues with it. Possibly due to its sheer size, the plane’s systems couldn’t always meet certain coverage level specifications. Additionally, sometimes retardant would remain in the aircraft when it shouldn’t.

There was also a question about “trail off”, which is when a smaller amount of retardant leaves the aircraft after the drop finishes. This could go on unwanted parts of land – or property. More generally, the accuracy with which the 747 Supertanker can deliver the fire retardant is a concern. 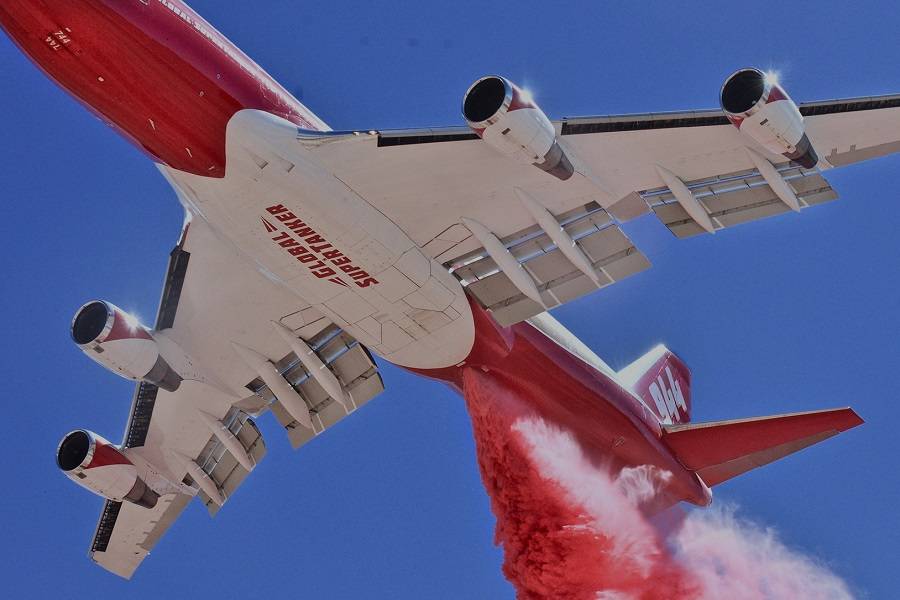 About a year ago (April 2020), Joel Kerley, the Chair of the National Interagency Aviation Committee of the Bureau of Indian Affairs, wrote this about the 747 Supertanker:

“The Interagency Air Tanker Subcommittee does not support any further interim approvals without correcting some issues originally identified in the 2009 test of the system that included failure to meet coverage level 3 & 6, retention of retardant in the system after drop, aeration of the retardant causing trail off, and inconsistent flight profiles affecting retardant coverage.

“Due to the current national situation regarding the Coronavirus (COVID-19), NIAC will issue an eighth interim approval to GSTS. However, NIAC will not support, nor issue a ninth interim until GSTS successfully passes all requirements of the 2013 IABS Criteria. This must be completed prior to December 31, 2020.” 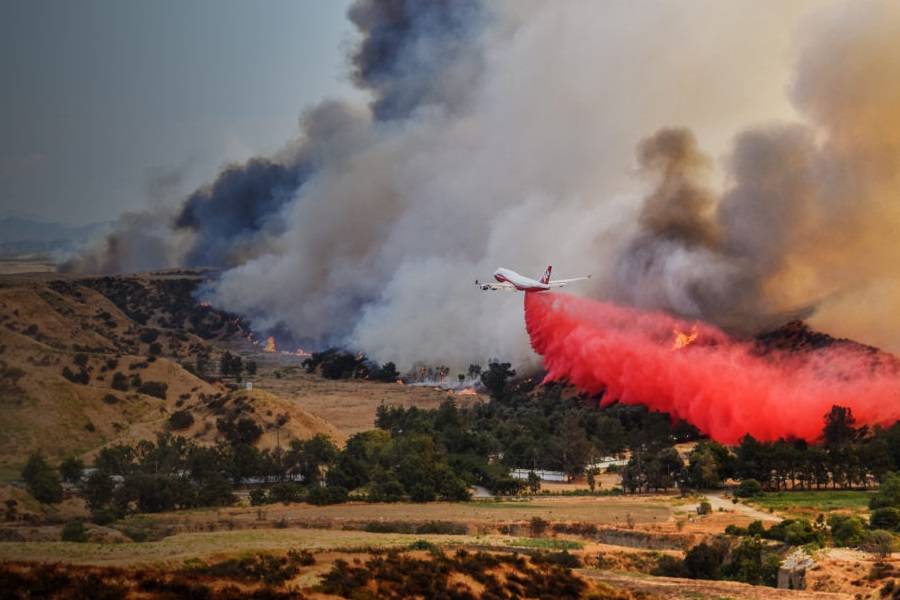 The Aircraft And Its Careers

The eighth interim approval related to the 2020 season. So authorities agreed to giving the 747 Supertanker a reprieve last year, due to the Covid-19. But with that season over and this company decision, it seems possible that fixing these issues is proving difficult. It is undoubtedly a frustrating situation for Global SuperTanker Services. During 2020, they fitted several upgrades to the 747, including a new digital drop system, presumably to allow the Supertanker to meet specifications.

The 747 Supertanker has registration N744ST. It is a 747-446(BCF), MSN 25308. It first flew in October 1991, spending the next 19 years with Japan Airlines, as a passenger jet. They withdrew it from use in September 2010, and after spending a couple of years in storage, it got a second career, as a freighter. After undergoing BCF (Boeing Converted Freighter) work, Evergreen International leased it, initially for cargo use. Global SuperTanker Services owns the aircraft outright. 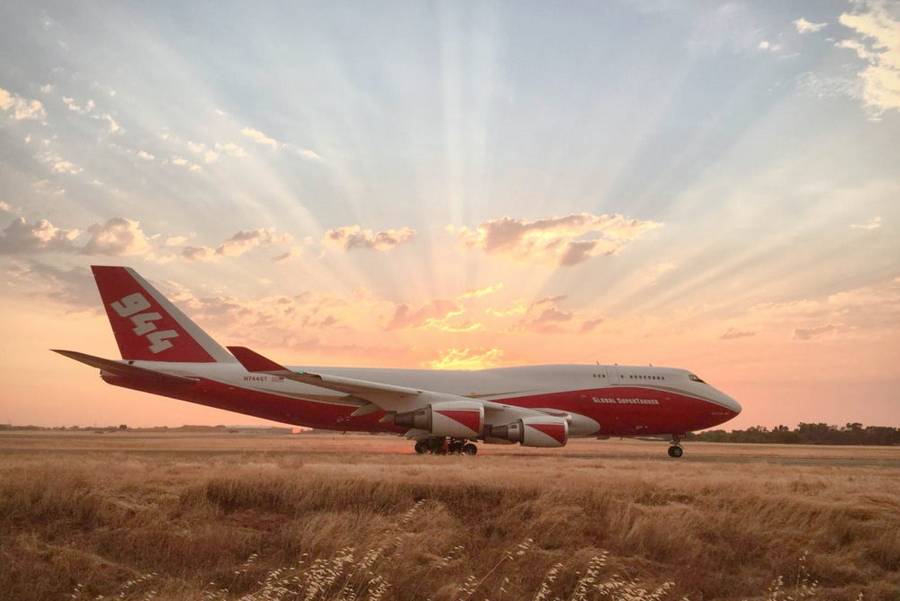 So is this the end for the 747 Supertanker’s third career? Hopefully not. Even if it doesn’t satisfy US authorities, the tanker has already seen service in other parts of the world. After all, its ability to travel quickly from place to place is one of its selling points. Unfortunately, perhaps its size is working against it, once it gets to where it has to be.

At this time it is not clear if the company wants to sell the 747 in its Supertanker configuration, or as a freighter. It is still a 747-400BCF, so it could return to the cargo role. The question is whether or not other, more effective and/or cost-effective ways of fighting fires, are available to potential users.