There is some interest in supersonic passenger aircraft today, but is this really why Bombardier flew one of its bizjets faster than Mach 1?

The business jet industry has seen an explosion in demand over the past couple of years. Obviously, the triggering factor was the pandemic. But this isn’t quite the whole story, with interest in bizjets remaining high today. An initial rush for new and used aircraft seems to be normalizing slightly in recent months, but demand isn’t going away. 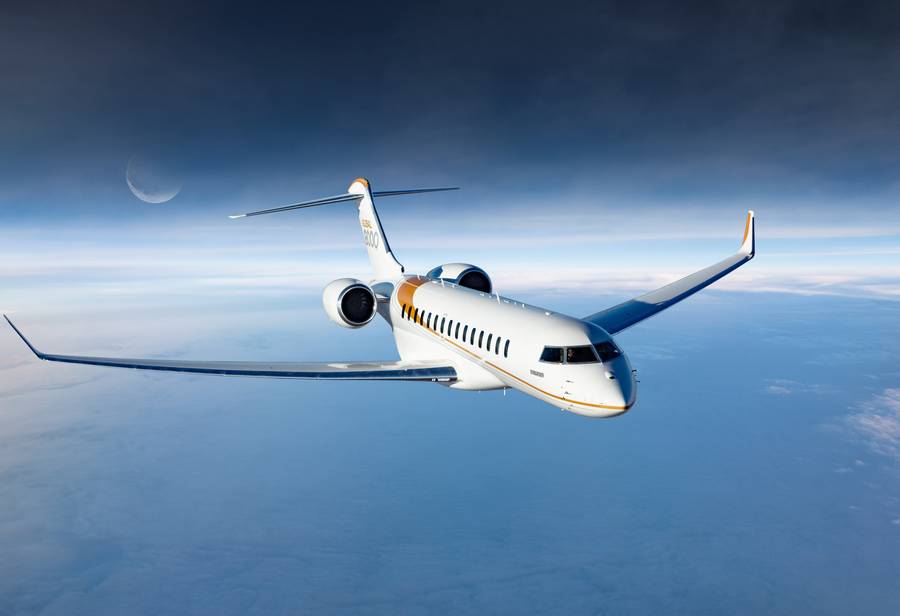 At the same time, we’ve seen a few initiatives for supersonic aircraft – which brings us to Bombardier. Or does it? We know of Boom Supersonic’s plans for such a plane, with a testbed set to fly soon. Its timeline is a bit unclear at the moment, however. But NASA’s X-59, for its Quiet Supersonic transport (Quesst) program, is slowly taking shape.

The reason Bombardier is in the news is that it recently launched the Global 8000 business jet – which isn’t supersonic. But the company did announce that it made test flights with a Global 7500, at speeds “in excess of Mach 1.015”, in May last year. The Global 7500 is the same size as the 8000, but the latter will have a slightly longer range. Also, it will be a bit faster. 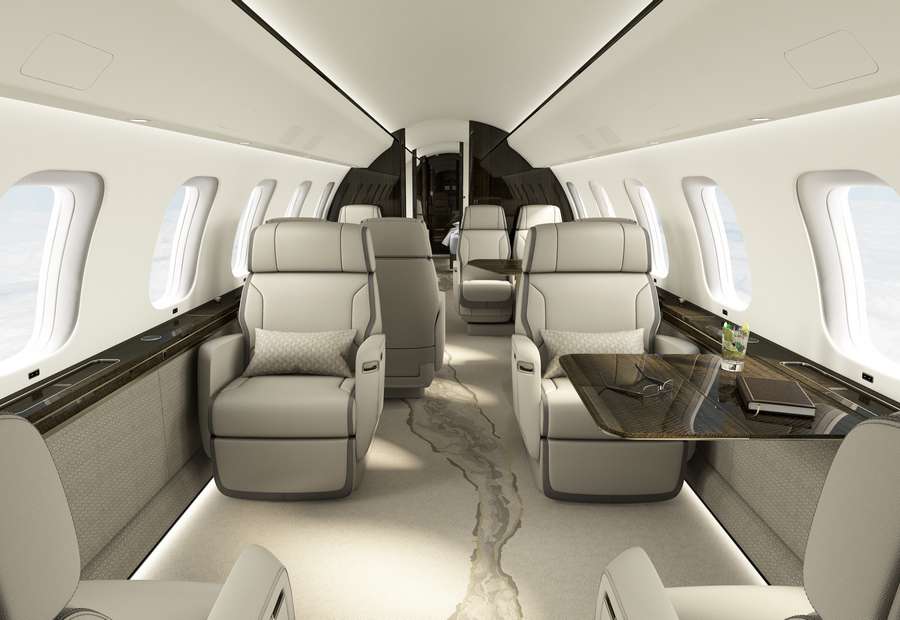 And that slight increase in speed is why Bombardier had to perform a number of supersonic flights. The company has no intention of offering a supersonic-capable business jet to its customers. But in order to certify its Global 8000 to fly at a higher speed than before, it had to test the design at a good margin beyond its operational limits.

The Global 8000 will have a maximum Mach operating speed (MMO) of M0.94. The Global 7500’s MMO is M0.925. To certify this modest speed increase, the company made those flights last year, with an F/A-18 fighter jet as a chase plane. Its jets might not be supersonic, but Bombardier can still claim that the Global 8000 will be the fastest transport category aircraft since the Concorde. 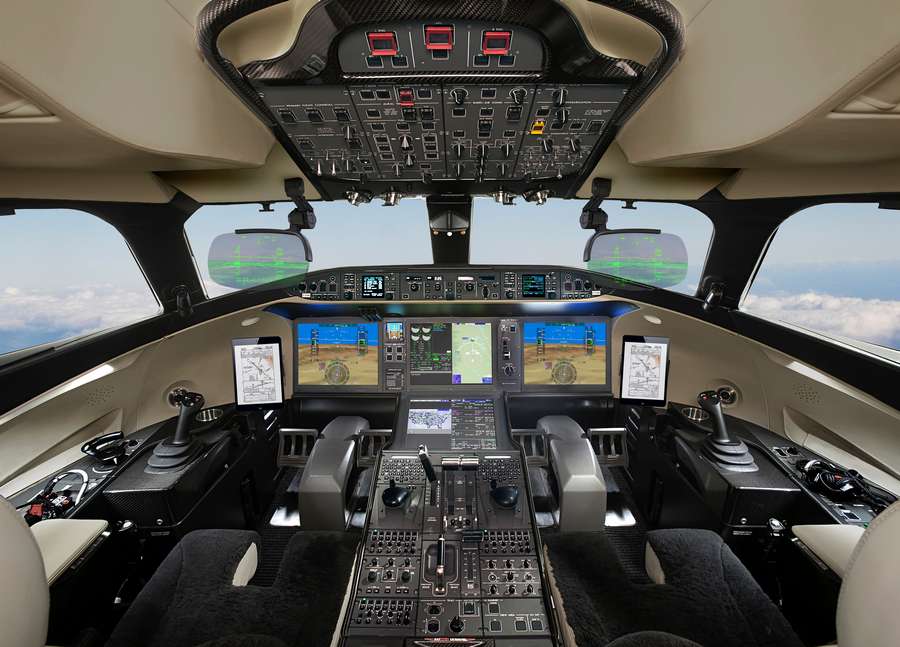 This is far from the first time that a subsonic aircraft broke the sound barrier. Back in 1961, a Douglas DC-8-43 reached Mach 1.012 in a dive – just once, for 16 seconds. But it’s not clear if this supersonic dash was part of a broader test program, like what Bombardier did. Convair also flew a 990A passenger jet at Mach 0.97 in level flight. This is faster than Bombardier’s MMO, but this, too, was a test flight.

Bombardier’s new bizjet will also feature state-of-the-art electronics and a pair of General Electric Passport engines. In essence, this is a scaled-down version of the CFM LEAP engine, that GE makes in a joint venture with Safran in France. The LEAP powers all 737 MAX variants and is one of two options for the Airbus A320neo family, Pratt & Whitney’s PW1000G being the other. Also, the Passport engine recently lost a competition to re-engine USAF’s B-52s. 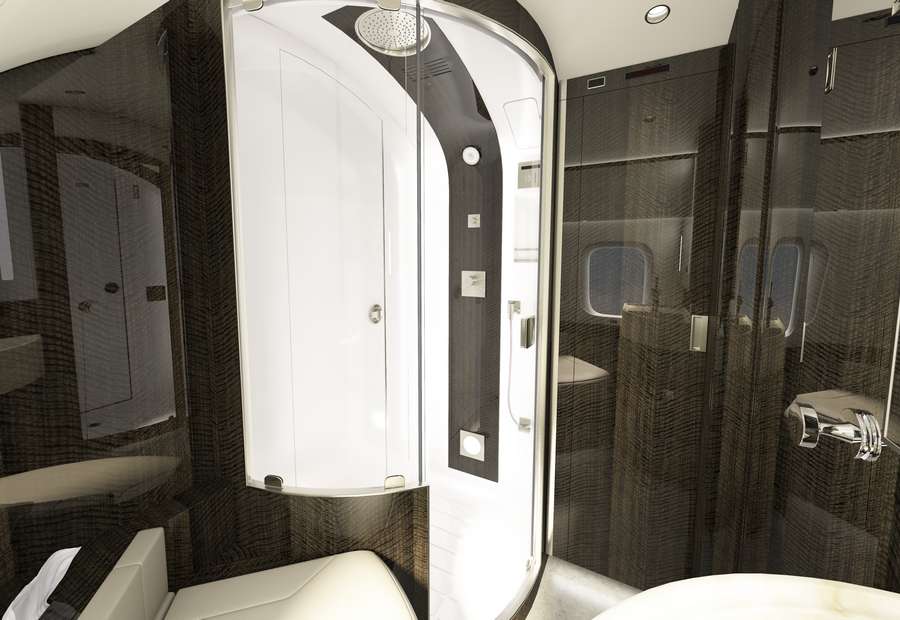 Yes, it comes with a shower. Image: Bombardier

It may not have supersonic aspirations, but Bombardier remains committed to the corporate jet market. Last year, the company stopped production of the Learjet family, which seemed counter-intuitive in an expanding market. But the company had to make this move, to free up resources for the much more popular Global jet family.

So could Bombardier see competition from companies that have supersonic plans? It’s hard to say. There is a definite move towards more efficient and environmentally responsible aircraft designs. On the face of it, supersonic flight doesn’t seem to align with such plans, although many companies mention Sustainable Aviation Fuels (SAF) as a solution. 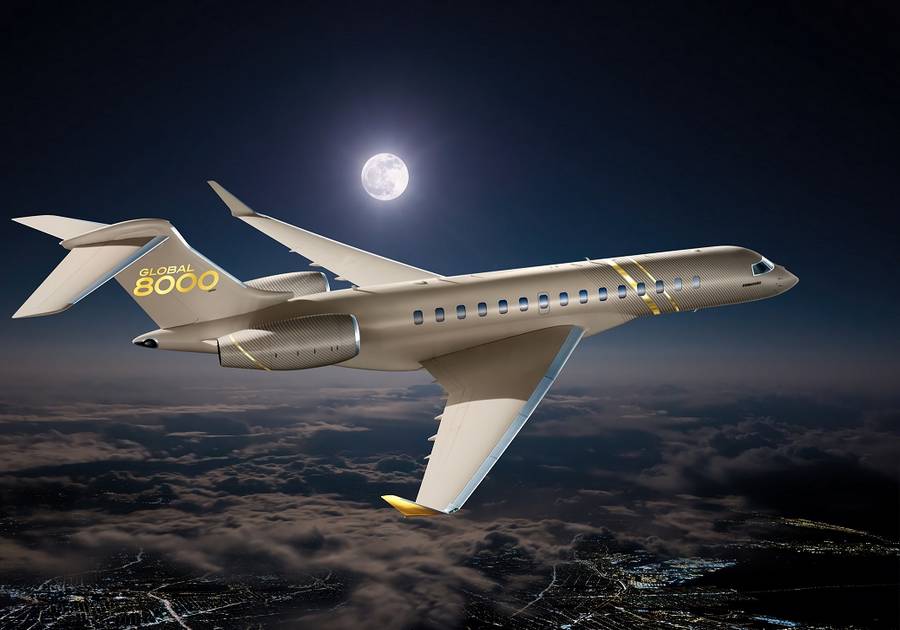 Incidentally, Bombardier claims that the Global 7500 become the first transport category aircraft to fly at supersonic speeds using SAF. Compared to passenger jets, the new 8000 will also have a much lower cabin altitude; just 2,900 feet, when it’s flying at 41,000 feet! Bombardier’s goal is to get the new variant to its first customers by 2025.