Suez Canal Cleared – But Are The Troubles Over?

In the early hours of Monday morning, work crews finally cleared the Suez Canal, managing to move the Ever Given container vessel.

We ended our previous article wishing that a resolution would be a matter of days, not weeks. Well, it took a bit over six days, thousands of work hours and tons of dredged earth and sand. But in the end, the Ever Given gave way. A few hours later, traffic once again started flowing through the cleared Suez Canal. This was a relief to many other ship crews, freight operators… and quite a few insurance companies. It was also a relief to anyone who relies on crude oil for their fuel. Which of course includes the airlines. 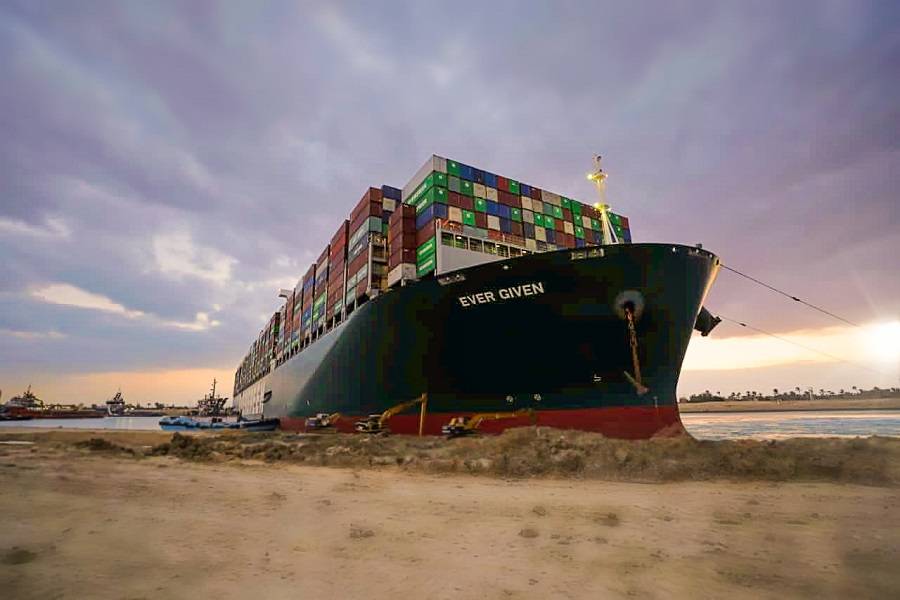 The Ever Given when it was still stuck. Photo by @UNCTAD via Twitter

After tug boats took the Ever Given away, crews cleared the affected section of the Suez Canal from the worst of the debris. Initially, there were fears that it could take more days before the Suez authorities declared the Canal cleared and safe for other ships and tankers. Fortunately it ended up being a matter of a few more hours.

Traffic Cleared Through The Suez Canal

The troubled container vessel is now further north, in an old lake between the artificial sections of the canal. This section is called “The Bitter Lake”. Had the Ever Given cleared this section of the Suez and lodged itself further north in the canal, things wouldn’t have been so bad. There are two ‘lanes’ of canal from there onward. The vessel will undergo further checks there. Given the damage, it could take time before the vessel can make the rest of the way through the canal. 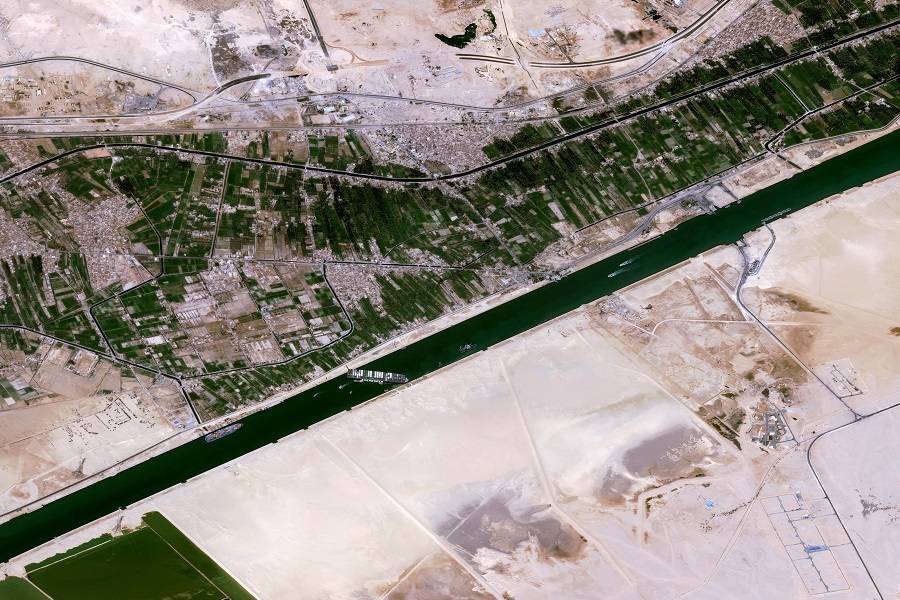 This leaves the rest of the ships. As many as 370 vessels had accumulated on both sides AND partially through the canal, in all this time. Shipping consultants estimate the value of goods they carry at $9.6 billion. This brings us to those nervous insurance companies. The horns of those tug boats, when they cleared the Suez Canal, was music to the ears of others, too!

Shipping is one way that long lead-time items arrive, for big and small building, construction and other projects. Companies want their items to arrive at a certain time – no later, or the project will be late. But no earlier either, because they have nowhere to store those crucial items. This is ‘just-in-time’ supply chain management. A LOT of operations depend on it. And some of them are currently recalculating what the cleared Suez canal means, for their plans. 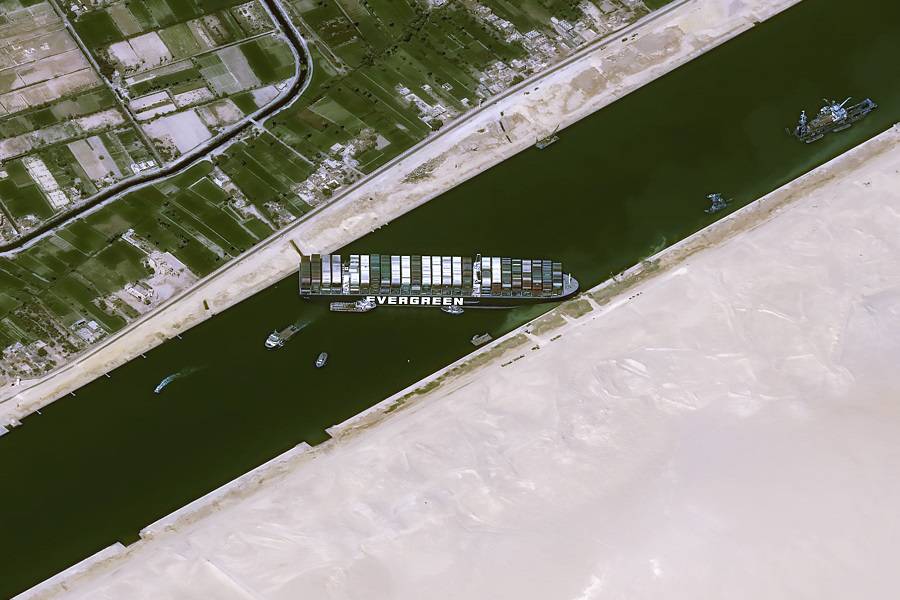 Alex Veitch, general manager for public policy at Logistics UK, summed up the situation, after crews cleared the Suez Canal:

“With more than 300 ships stuck behind the ship waiting to travel through the canal, the impact of the incident will continue to be felt around the world for some weeks.

“It is now vitally important to clear the ‘traffic jam’ of ships delayed in the Canal as quickly as possible, to restart the supply chain and minimise any disruption. However, the clearance of so many ships at one time could cause congestion at ports along the supply chain, with a resultant slowdown in port productivity.” 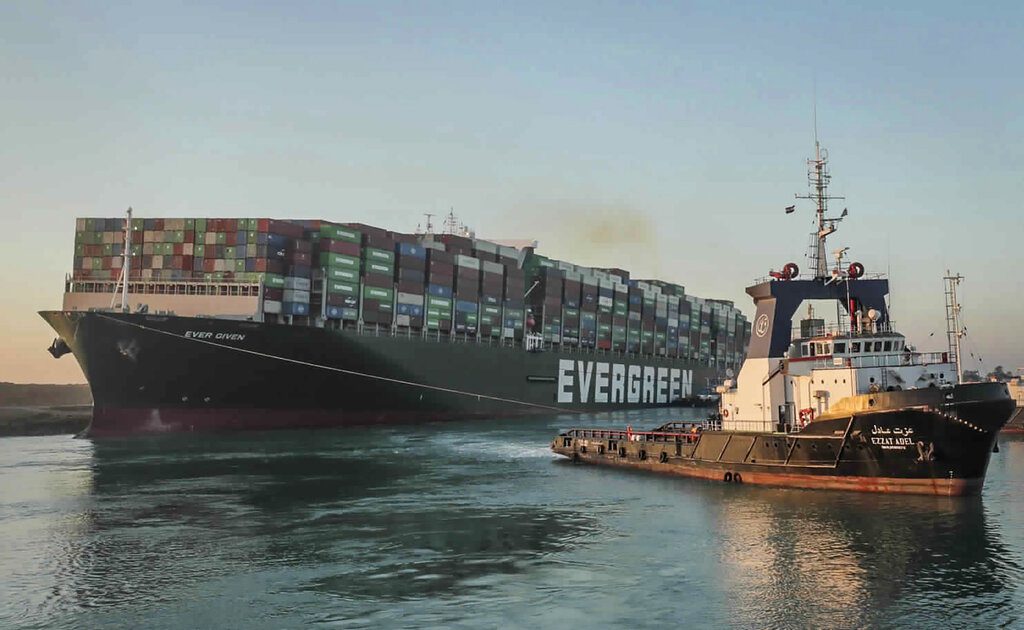 Tug boats finally pulling Ever Given free. Photo by @politico via Twitter

There is a reason it’s called a ‘supply chain’: a delay in one point causes problems all along the way. Sometimes it’s more like a bungee, that can gain a bit of pace if necessary. But usually, not. Nevertheless, a lot of people will feel the reverberations of the Suez blockage, weeks after crews cleared the canal. And many others will be thinking about how to keep it from happening again.