The crew of a Qantas 787 had to return for landing after a misunderstanding between ground crew meant that they missed two landing gear pins.

The incident happened on the 21st of June this year. It involved Qantas flight QF-645, from Sydney (YSSY) to Perth (YPPH) in Australia. The airline was using a Boeing 787 for this domestic flight – a consequence of the pandemic. And as it turns out, the choice of aircraft type was a factor that affected this flight. 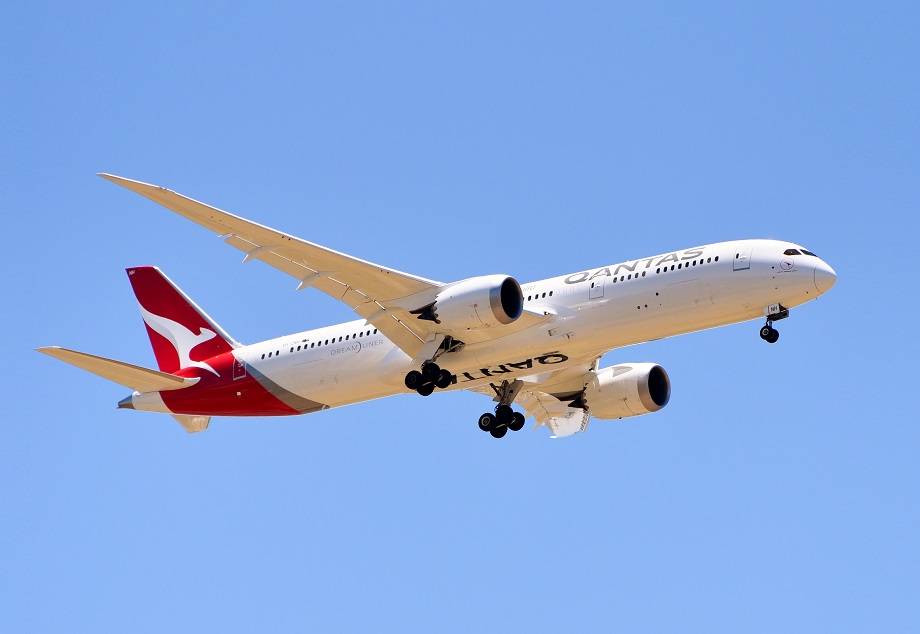 The investigation of the Australian Transport Safety Bureau (ATSB) would later show that ground crew working on the Qantas 787 missed the removal of two out of five gear pins. This crew had previously towed the aircraft to the domestic terminal. On flight QF-645, the pilots selected the gear in the UP position, after taking off from runway 16R. Ten seconds later, they received a GEAR DISAGREE caution.

The flight crew stopped their climb at 9,000 feet. The Captain (pilot-flying) reported experiencing a brief startle after this message but went through the appropriate checklists with the First Officer. The nose gear was up and locked, the main gears still indicated being in transit. The missed pins on this Qantas 787 were on the main gear legs. Unaware of this, the flight crew considered cycling the gear. 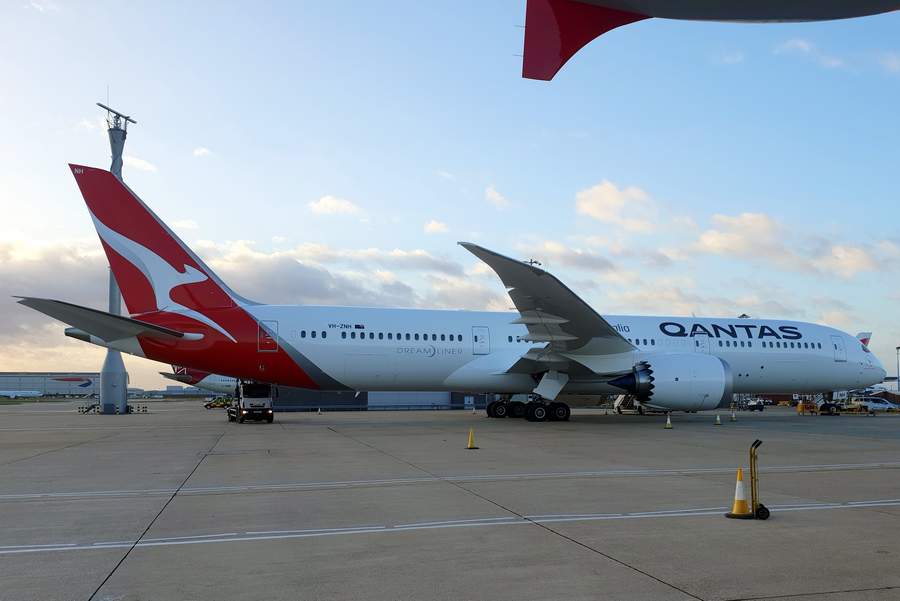 Prelude To The Incident Flight

But given the proximity of their origin airport, they decided to land. They selected the gear DOWN early (via the normal gear selection), to avoid any last-minute surprises. But thankfully, they got three greens, indicating that all gear was “down and locked”. The crew made an uneventful landing back on runway 16R in Sydney.

So, how was it that the ground crew missed the pins in this Qantas 787? And why didn’t the flight crew spot the pins, during their preflight? As always, there are multiple reasons that made this event possible. And they could have implications for how other operators of the 787 use it, in the future. To start with, this aircraft type has a couple of differences, compared to others, concerning its gear pins. 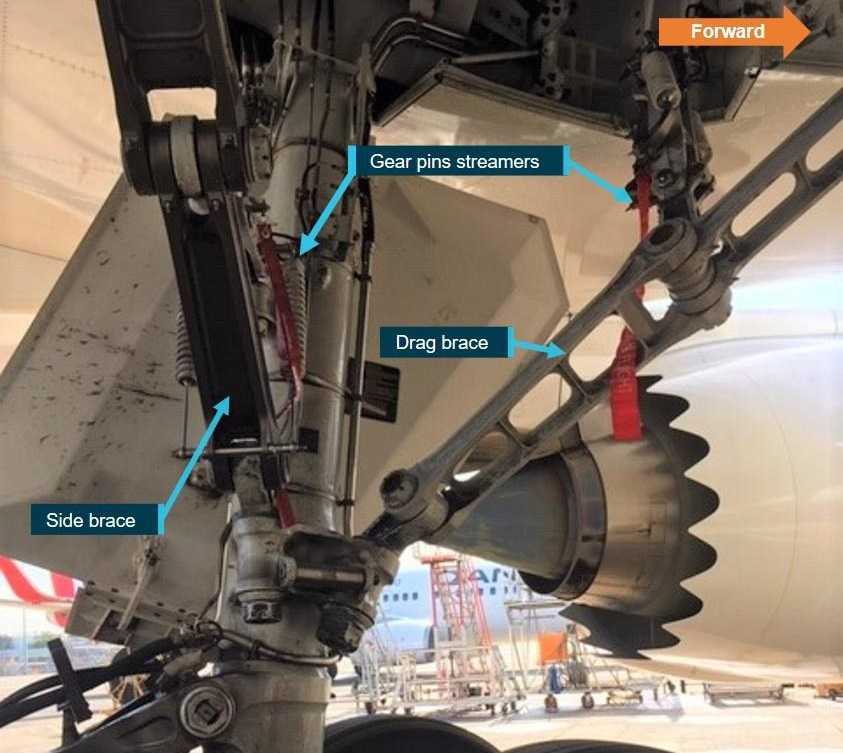 A Qantas Engineering tow crew was involved in the missed pins incident. This crew was more familiar with Boeing 737s and Airbus A330s. Unlike these aircraft, the 787 has a total of five landing gear pins, including two in each main leg. During the tow operation, a 787 licenced aircraft maintenance engineer was in the cockpit. 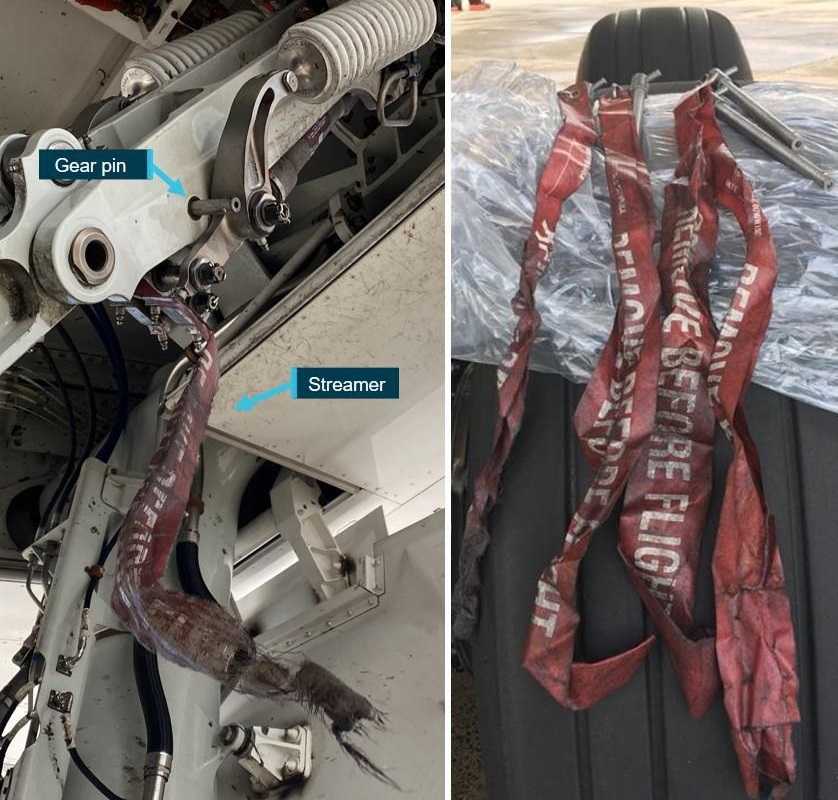 The pin and streamer after the incident flight (left), and all five pins and streamers (right). Photo: Qantas, via ATSB

These pins have streamers, that should make their position obvious – when they are new. However, the missed pins of this Qantas 787 had frayed streamers, that partially wrapped around other components. This, and the fact that the ground crew only expected one pin per gear leg, were important factors in this incident.

Moreover, the 787 licenced aircraft maintenance engineer (LAME), who could have caught this error, was in the aircraft. And there was a 20-minute delay in connecting the airstairs to this aircraft. So it wasn’t possible for the Qantas 787 LAME to verify the number of the pins and see that the crew missed two of them. 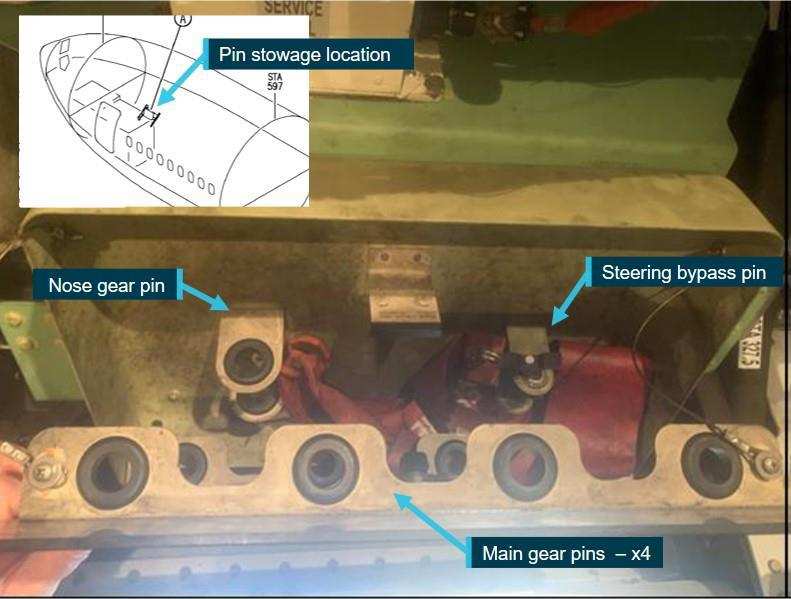 The stowage position of the 787 pins. Photo: Photo: Qantas, via ATSB

Also, the position where crews store these pins was a factor. In the 737 and A330, crews stow the pins in a dedicated position in the flight deck. So both dispatch crews and pilots can immediately see if any of them are missing, before a flight. However, the 787 is rather different. The pins go in an external stowage area, behind the nose gear (see above).

With the missed pins still in the main gear, the Qantas 787 LAME eventually got off the aircraft. The tow crew had used a small ladder, to reach the rather elevated stowage area. But while they managed to stow the three pins they couldn’t actually see the holes for them. So they didn’t see that there were holes for two more pins. Likewise, the LAME verified the presence of pins by feel, using the same ladder. 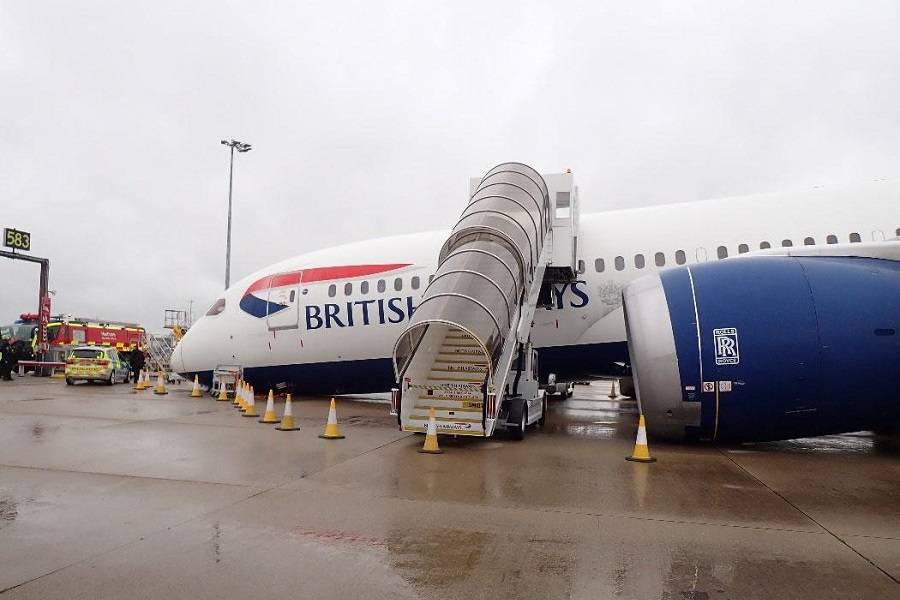 There have been other issues with mishandled pins in 787s. Photo: AAIB

So, two people missed the same pins on this Qantas 787, for the same reason. And finally, the pilot performing the walkaround missed the presence of the pins. The ATSB concludes that expectation bias was a factor, both for the pilot and the towing crew. For the pilot, the knowledge that the LAME signed off the stowage of the pins as an item, meant that they didn’t expect to see streamers.

And it’s likely that the streamers weren’t… streaming, as wear and the prevailing conditions (humidity) made them stick to the aircraft. The same bias affected the Qantas 787 ground crew, who missed the fact that the gear legs have two pins each. But following the incident, the airline took three steps, to make sure this can’t happen again. 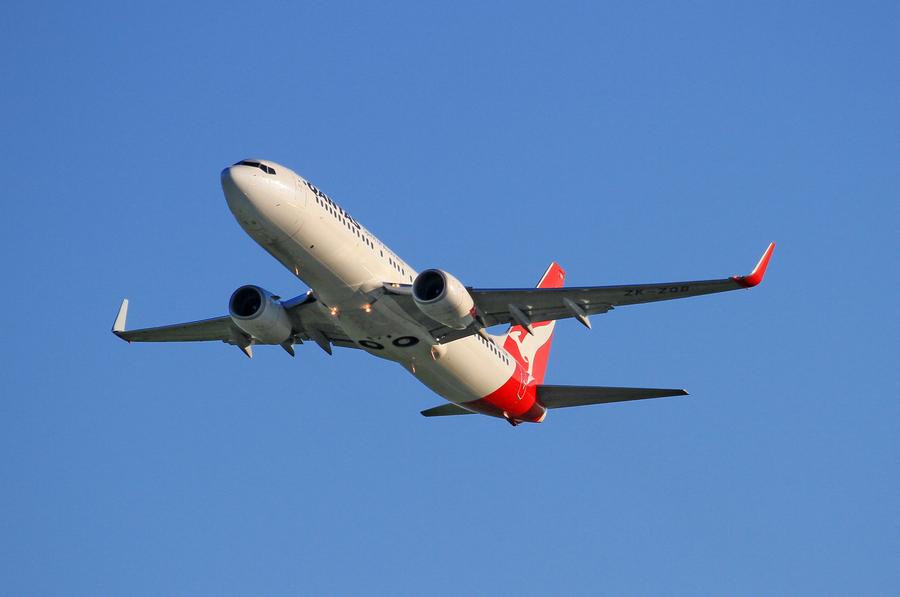 Firstly, Qantas circulated memos to engineering, flight and ramp crews, highlighting the missed pins incident on this 787. Their memo included pictures of the pins and the stowage positions, describing the documented procedures. It also emphasized the need to inspect the actual pin locations, NOT the presence of streamers.

Secondly, the airline updated its training packages for engineering, ramp and flight crews. And thirdly, Qantas is relocating the stowage position of the gear pins. They will now be in the flight deck, bringing the 787’s ground handling in line with that of other aircraft. This will make it easier for more eyes to see the pins, verifying that they are where they should be!