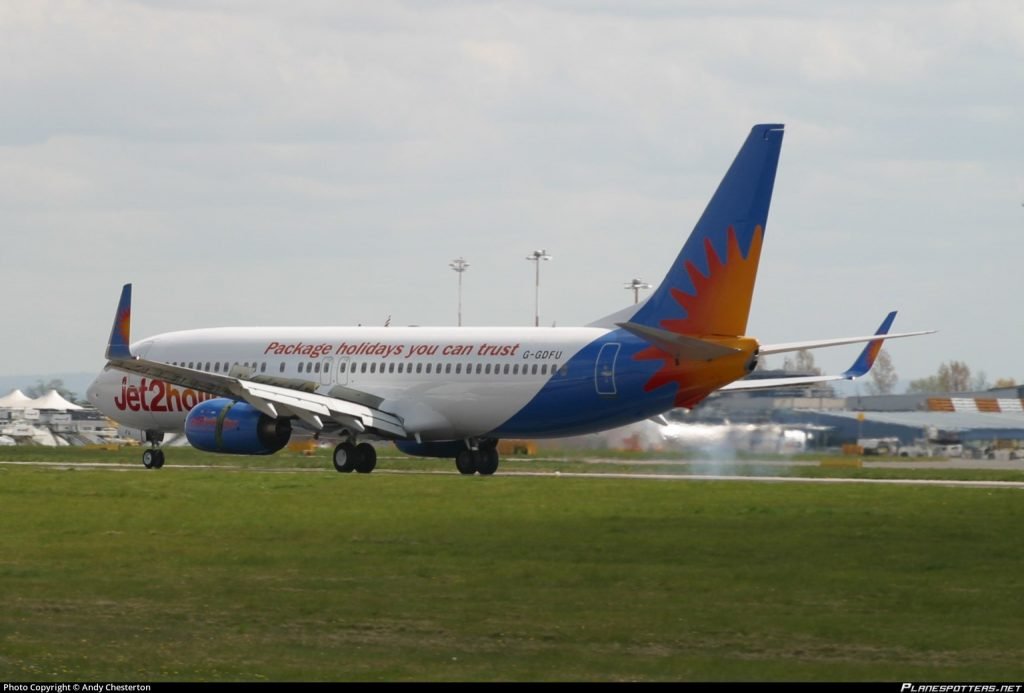 A Jet2 Boeing 737-800 aircraft performed a rejected takeoff (RTO) at Leeds-Bradford International Airport earlier today, after the crew reported a burning odour in the cockpit.

What was the smell that caused the RTO?

After the RTO, the aircraft was brought to a normal stop using autobrake (RTO mode) and wing-mounted spoilers,  taxiing back to the gate where it was met by emergency services in trail, to carry out a full inspection of the aircraft.

Data from AirNav shows the RTO in more details: 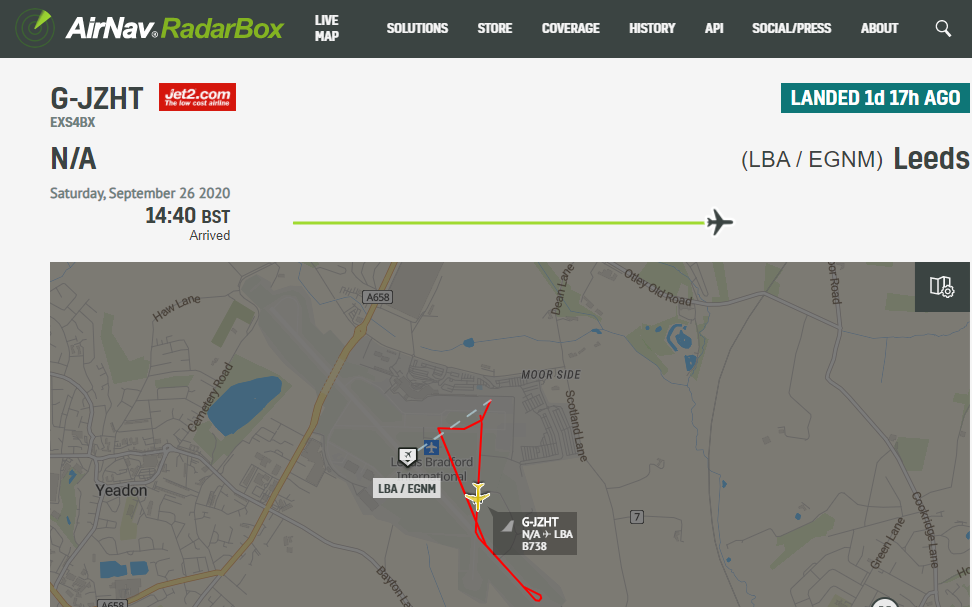 The aircraft was performing flight LS-291 from Leeds Bradford Airport to Antalya. The aircraft was examined by airport maintenance officials, after the passengers were taken back to the terminal. Later, the Antalya flight was completed with another Boeing 737-800 aircraft after a delay of about 2 hours.

After an investigation with the passengers safely waiting in the terminal, the plane – The Jet2 Boeing 737-800, with registration G-JZHT –  was withdrawn from the flight. The 3.7 years old Boeing 737-800 was assembled at Boeing’s US plant in Renton. The aircraft returned back to service about 25 hours after the rejected takeoff upon receiving a go-ahead from engineers.

Want to learn more about Rejected Takeoffs in the Boeing 737?

Have you ever experienced a RTO? Let us know in the comments below!