Until today, ICAO had not blamed Belarus for the forced diversion of a Ryanair flight last year, in order to arrest a journalist. It has now.

This was one of aviation’s landmark events in 2021. European and other authorities saw the event as an aviation authority that did a government’s bidding, to apprehend an unfriendly journalist. The event happened on the 23rd of May last year. It involved Ryanair flight FR-4978 (RYR-1TZ), from Athens International (LGAV) in Greece to Vilnius (EYVI) in Lithuania. In this event, the flight diverted to Minsk (UMMS), the Belorussian capital. 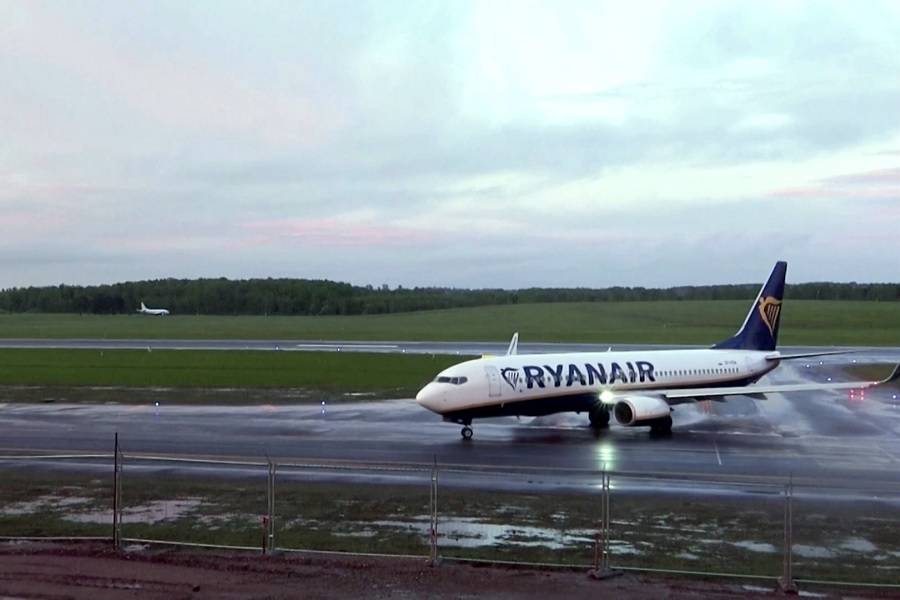 Flight FR-4978 after landing back in Vilnius

The reason for the diversion is that authorities in Belarus committed “an act of unlawful interference”, in the words of the ICAO report. A controller told the flight crew that an emailed threat said that there was a bomb on the flight. In the conversation, the flight crew asked who received the threat. The controller said that “many airports” had received this threat.

This reference to “many airports” is important in the story. The timing of the radio calls and the email threat that Belarus authorities received, is key damning evidence for ICAO. When the controller in Belarus told the Ryanair flight crew of the bomb threat, ATC wouldn’t have had a way of knowing about this supposed threat, if the state and its authorities weren’t complicit. 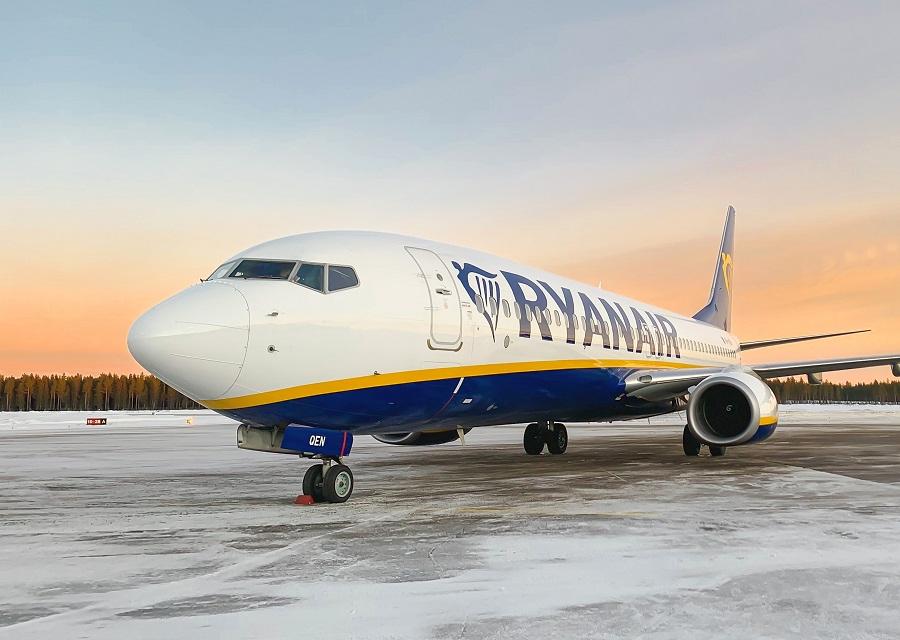 ICAO – The Missing Email In Belarus

Belarus claimed that they received two identical emails about this threat. The first supposedly arrived at 9:25 UTC, the second at 9:56 UTC. But as the ICAO report explains, Belarus only received the second of these emails. This information comes from Protonmail, a company in Switzerland that manages this email account.

According to this source, someone did indeed send a total of six emails from 9:25 UTC to 9:34 UTC from this account. But not to Belarus. The recipients of these emails were Vilnius (Lithuania), Athens (Greece), Sofia (Bulgaria), Bucharest (Romania) and Kyiv (Ukraine). And the users of these accounts did not access or read them until the next day. So they couldn’t have notified ATC in Belarus in time. 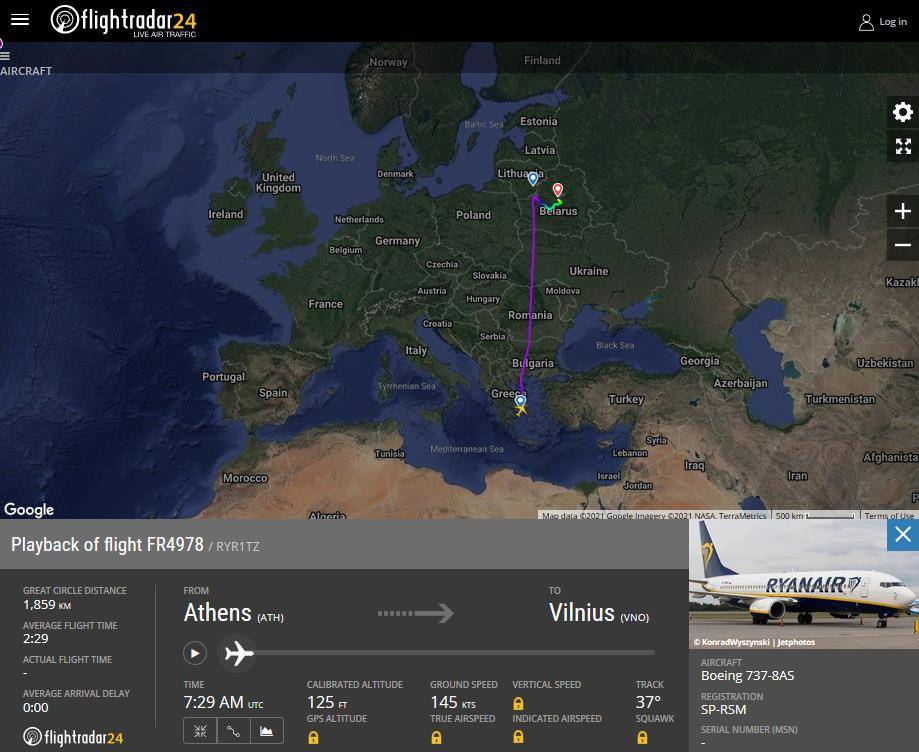 The ICAO report states that Belarus never provided any evidence to corroborate the supposed first email. A screenshot of this email only included the text, with no headers. A second screenshot of the second email included the headers. But by the time Belorussian authorities got this email, the Ryanair flight had already declared an emergency and diverted to Minsk.

ATC told the flight about the supposed bomb threat at 09:30 UTC. The second (and it appears, only) email arrived at 9:56 UTC. ICAO asked to interview the controller who spoke to the flight, but Belarus didn’t comply. There is also no record of a supposed telephone call, between Minsk airport and ATC, to transmit the content of the threatening email. The airport was the recipient of the email, not Minsk ACC.

There was more evidence of deception later in the incident. Throughout the emergency, the flight crew asked ATC in Minsk to contact their Operations in Minsk. This was a requirement, per the airline’s procedures. Initially, ATC said this communication wasn’t possible. After landing, the controller claimed to have contacted the airline’s Operations in Minsk. But there is no evidence that this actually happened.

ICAO asked authorities in Belarus to provide records of these communications (or attempts), without getting a reply. Belarus also refused to provide video recordings from airport cameras that would have shown the disembarkation of the passengers in Minsk. 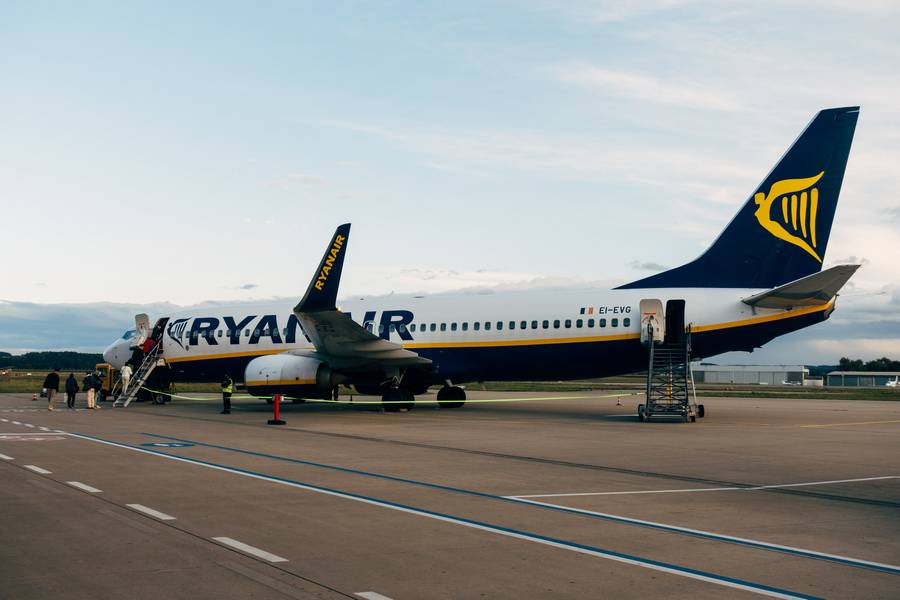 In a release about the report, ICAO is very clear:

“The ICAO Council acknowledged that the bomb threat against [the flight] …was deliberately false and endangered its safety, and furthermore that the threat was communicated to the flight crew upon the instructions of senior government officials of Belarus.”

ICAO (International Civil Aviation Organization) is a United Nations body. A representative from Russia strongly objected to the report’s conclusion. Long before Russia’s invasion of Ukraine, the EU in Europe, the United States and other countries, imposed sanctions on Belarus for this event.

The ICAO first released this report to aviation authorities but not to the public, in January this year. It became public this week (see link below). Roman Protasevich, the arrested Belorussian journalist, still remains under house arrest.