The Frigate Freejet is a program for a high-density, medium-haul widebody, that has a unique (as far as we know) feature: three aisles! Could it work? 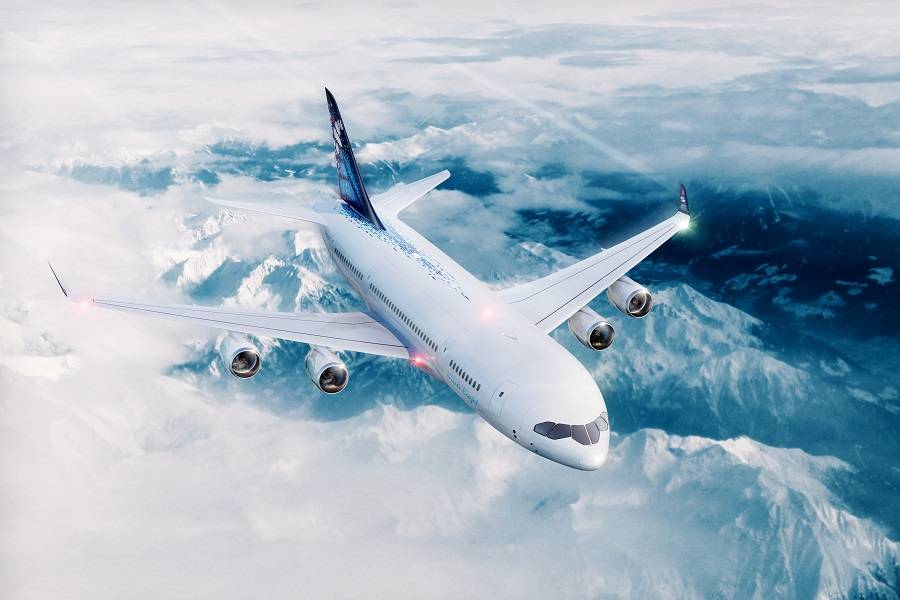 Rusavia (Russian Avia Consortium) previously called the design the ‘Frigate Ecojet’. This was back when it had two engines. Even before that, the design fell under the Tupolev design bureau, and had the name Tu-304. Later, the design team formed a ‘daughter company’ to Tupolev, to continue work on the project.

Due to a lack of suitable engines (18-23 tons), in 2017 the company reconfigured the aircraft as a four-engined design, called the ‘Frigate Freejet’. The engines will be those that power modern single-aisles: the CFM LEAP-1, PW1400G and the Russian PD-14. They admit that the four-engine layout isn’t ideal, however the design still has other efficiency and systems’ advantages. 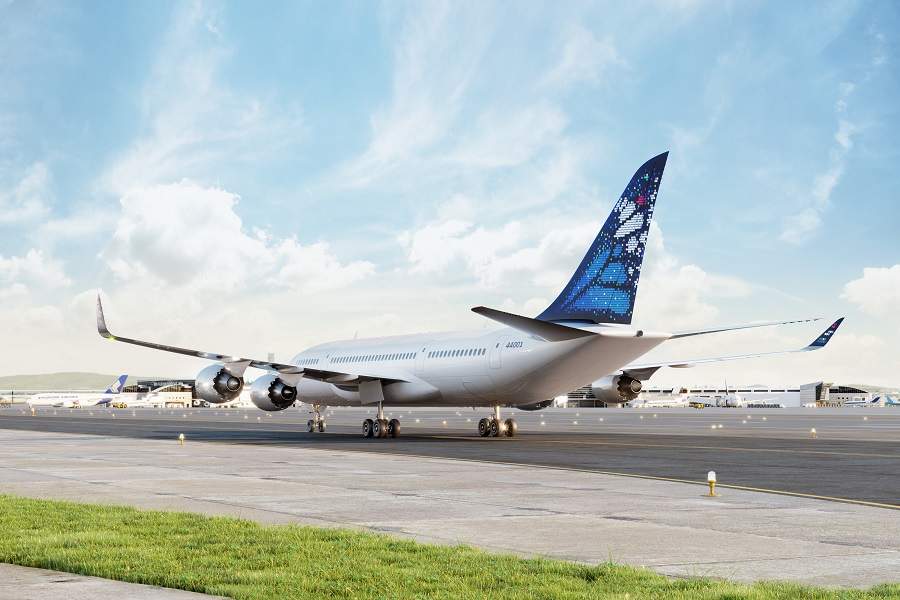 The team are keeping a keen eye on developments – such as engines for Boeing’s NMA, which would work nicely. But in any case, the Frigate Freejet is progressing slowly. The company is not pursuing the project with government funding, instead relying on private investment. Regardless, one question is, why haven’t we seen more such projects before? Why aren’t there other oval-shaped fuselage designs out there?

The answer is… there are. The A380 is one of them, except the oval shape is larger in the vertical, to create the two floors. Of course the Frigate Freejet is a much smaller aircraft; engine size is a clue. The point is that with the right engines and systems, such an aircraft could have some interesting advantages. The body could generate additional lift, for instance. 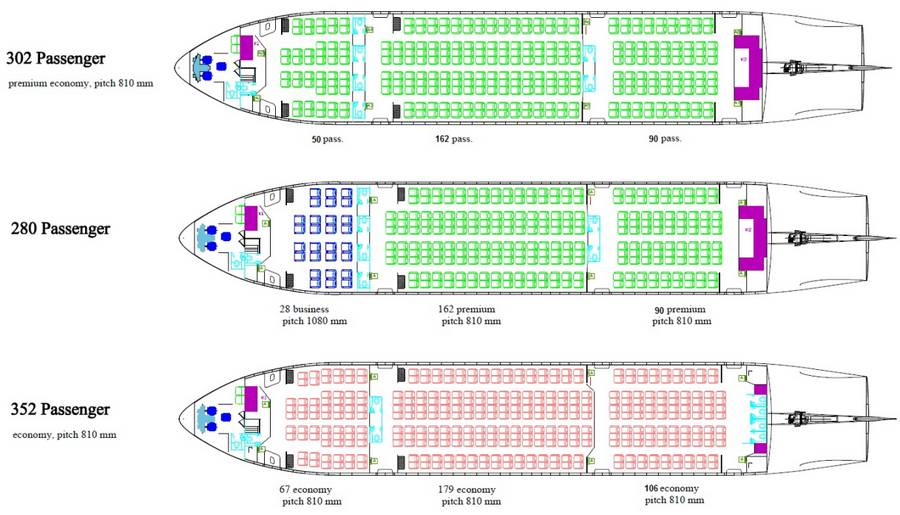 Proving The Design of the Frigate Freejet

The design team has put the Frigate Freejet design through the rigors of the TsAGI aerodynamics institute. These tests proved that the design has the desired aerodynamic efficiency. The aircraft’s wingspan and length are very close to those of a 767-200. But where the 767 carries a maximum of 245 passengers, the Freejet can carry 300 or more.

Considering that the twin-engined version would do this with essentially 757-sized engines, this is impressive. That version (Frigate Ecojet) could carry even more passengers; close to 400 in all economy. However, the aircraft’s range, as the Frigate Freejet (four engines) puts it in the medium-haul market. With 300 passengers, it can do 1,900 nautical miles. With 250 passengers, this range could reach 2,530 nm. This is still well short of the 737NG or the A320 families – but with many more passengers. 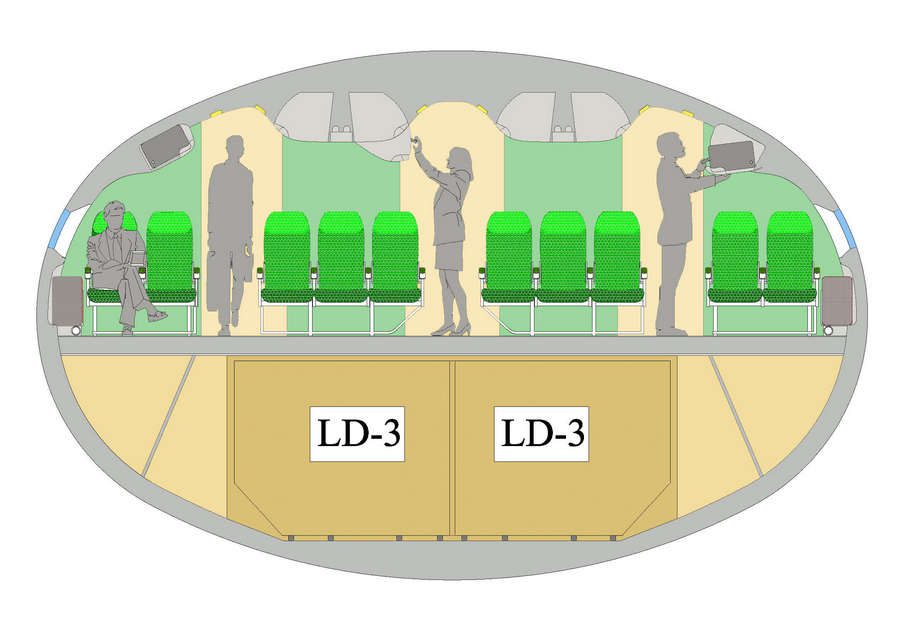 Perhaps it is unfair to criticize the design, until its designers find engines that suit it well. Also, the Frigate Freejet is not the only such design that we have seen. It probably isn’t wide enough to have three aisles, but the Double Bubble D8 is using a similar concept. Beyond that, some military cargo aircraft have featured seating setups with multiple aisles. But if you want a commercial airliner design with such a setup, nothing has made it to production – yet. 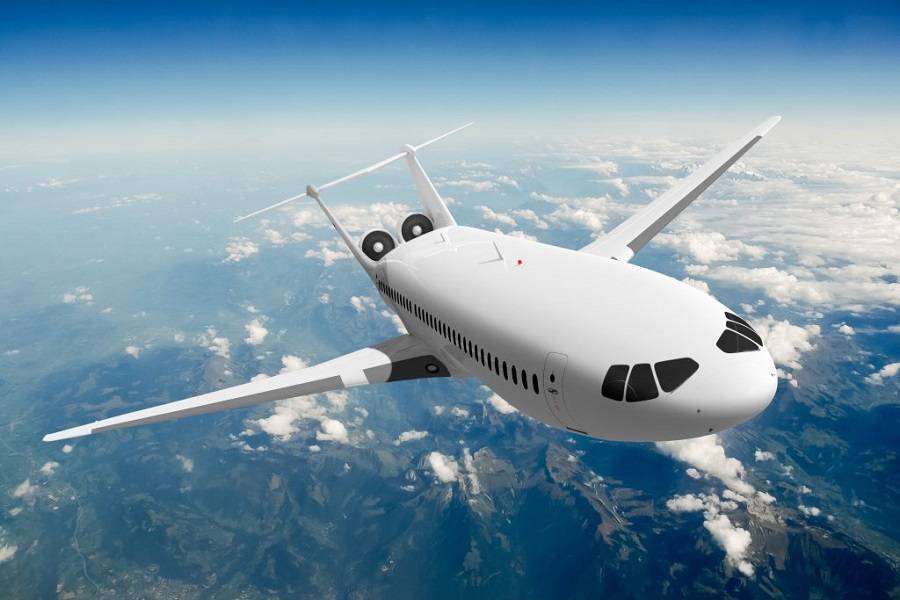 Both the Frigate Freejet (or Ecojet) and the D8 would be medium-haul aircraft. Structurally, any design that isn’t a tube is introducing stress points, that require more weight. But the advent of composites could soon make unusual shapes more realistic. And if blended wing-body designs are too complicated, and difficult for existing airports, perhaps these designs… aren’t!