Crashed TransAir 737 Will Be Fished Out Of The Water!

The NTSB will coordinate the recovery of the TransAir Boeing 737 freighter that crashed off the coast of Hawaii’s Oahu island, this summer.

This incident happened on the 2nd of July this year. Flight 810 was a Boeing 737-200 freighter, flying from Honolulu (PHNL) to Kahului (PHOG) in Hawaii. The flight’s two pilots stopped their climb at just 2,000 feet, first reporting the loss of one engine. They soon reported that the other engine was struggling, too. 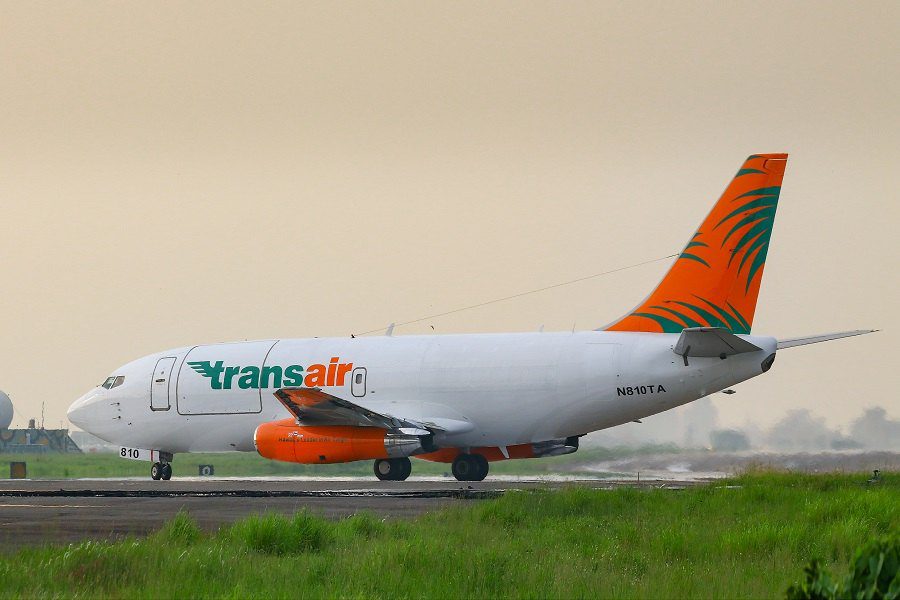 The TransAir 737 freighter crashed about 2.7 miles from runway 29 at nearby Kalaeloa Airport (PHJR), 2 miles from the coast. The ditching took place at around 2 am, in rough seas. So the aircraft broke up, making rescue and recovery more difficult. A US Coast Guard helicopter reached the scene very quickly, as it took off from Kalaeloa. Both crewmembers made it to the hospital and survived, despite serious or critical injuries.

A bit over a week later, the NTSB published photos (video stills) of the crashed TransAir 737, at the bottom of the sea. Despite their proximity to the coast, the volcanic nature of Hawaii means that the aircraft’s pieces are at depths between 350-450 feet (107-137 metres). The images show that the fuselage broke in two. 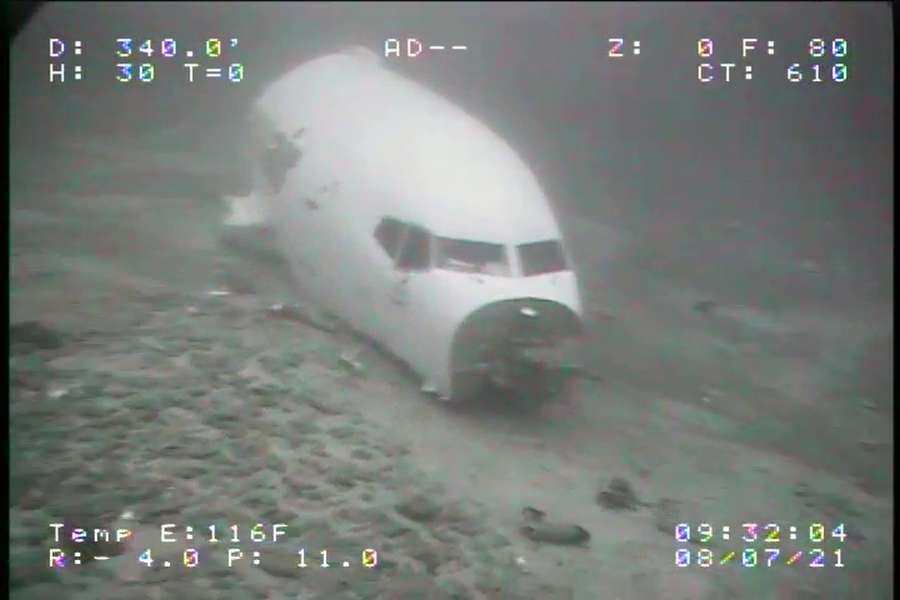 State of the Crashed TransAir 737

The nose section, including the cockpit, broke off the rest of the aircraft. It seems that the split happened near the rear side of the cargo door of the crashed TransAir 737. A lot of cargo remained inside the main fuselage. And all this presented the NTSB with an interesting predicament. That’s because the NTSB really wants to recover the two “black boxes”, at the extreme rear of the fuselage.

The cockpit voice recorder (CVR) and the flight data recorder (FDR) are key to the investigation. The TransAir 737 is an old aircraft (46-years-old) but the NTSB still wants to know how it crashed. So recovery of the CVR, FDR and most likely the engines, is vital. Both engines broke off the wing, and the NTSB knows their positions. So their recovery is manageable, the enormous depth non-withstanding. 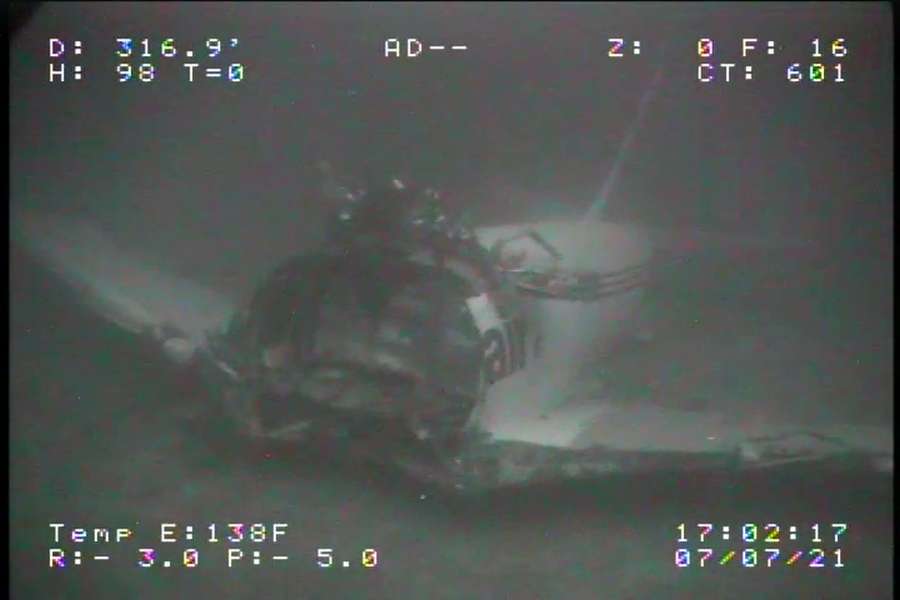 But recovering the CVR and FDR, from inside the fuselage of the crashed TransAir 737, is another challenge. This will require the recovery of the fuselage itself. Needless to say, this is no small task. Recovering major aircraft components, like engines, is certainly not unheard of, after such incidents. But recovering a whole aircraft, from such depths, is a different kind of challenge.

A Job For The Robots

The recovery operation will begin on the 9th of October. Its first step will be another visual survey of the site, to make sure that the crashed TransAir 737 hasn’t moved in this time. The operation will include a research vessel, that will control the ROVs (remotely operated vehicles). It’s not really practical to send divers at these depths, so ROVs will have the task of roping/chaining up everything! 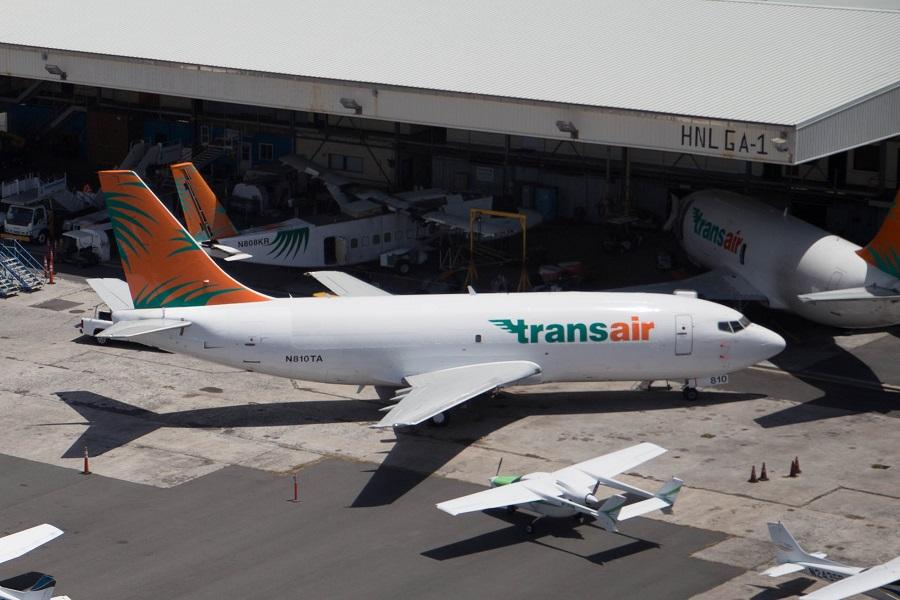 A barge with a crane will do the actual lifting of the crashed TransAir 737 and its cargo. NTSB Chair Jennifer L. Homendy had this to say about the operation:

“The wreckage of TransAir flight 810 contains important investigative information, including that captured by the flight data recorder and the cockpit voice recorder. Having access to the recorders, the engines and other components will be critical to understanding not only how this accident occurred, but how future accidents might be prevented.” 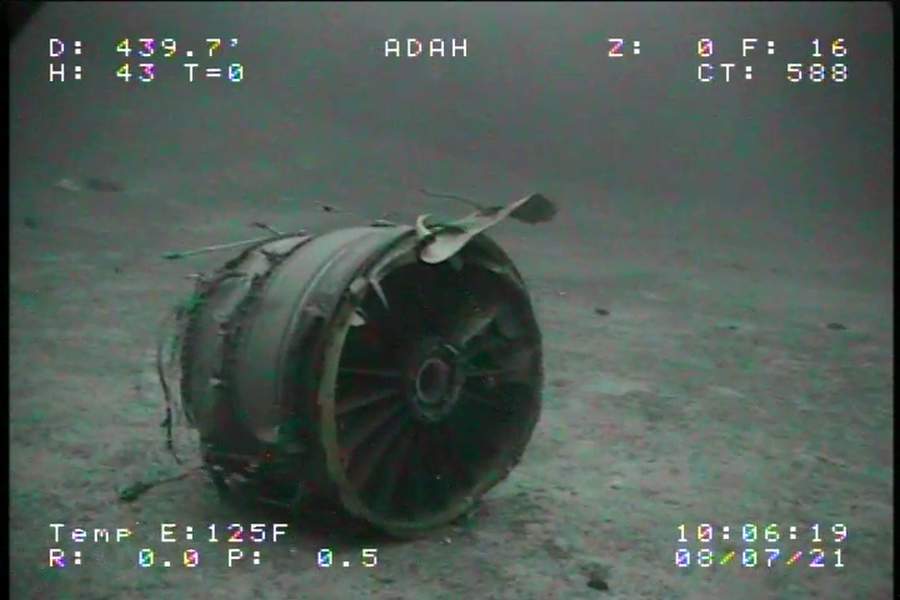 A section of one of the engines. Image: NTSB

There are more twists to this story. The FAA revoked the permit that Rhoades Aviation, Inc. had, to perform maintenance operations. Rhoades operates as TransAir for the cargo side of its business. It seems that the FAA had its concerns about TransAir and its parent company, months before the 737 crashed off Oahu. Rhoades was doing its own maintenance inspections on its aircraft. And it seems that they did not appeal the FAA’s decision.

The insurance provider of Transair is the company funding the salvage operation of the crashed 737 and its cargo. Depending on the weather, the operation should take between 10 and 14 days, according to the NTSB.