Flight tracking data appears to confirm the information of a crash of an Antonov An-12 cargo aircraft in northern Greece, in rural terrain.

This accident happened on Saturday the 16th of July, involving flight MEM-3032. It departed from Nis Constantine the Great Airport (LYNI) in Serbia, heading for Amman Queen Alia International (OJAI) in Jordan. Preliminary information indicates that eight people were on board. The same local sources suggest that the four-engined Antonov An-12 in this crash was carrying “12 tons of hazardous materials” (9 tons, according to other sources). It had previously flown into Nis from Ankara (LTAC) in Turkey. 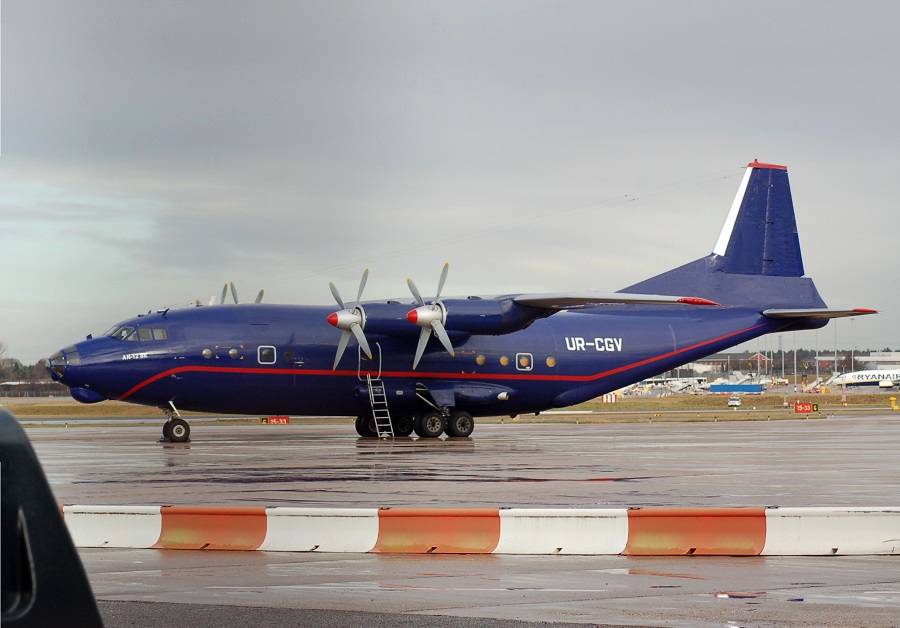 Another Meridian Aviation An-12, in the same colours as the accident aircraft. Photo: Alec Wilson, CC BY-SA 2.0

The aircraft departed Nis airport at 18:36 UTC (20:36 local) using runway 29. It flew southeast, through North Macedonia, climbing very slowly. The highest altitude the aircraft reached was FL210. It took almost 40 minutes to climb this far, reaching it after entering Greek airspace. The aircraft then started descending.

Antonov An-12 – Emergency and Fire Before Crash?

Greek media reporting on this crash stated that the flight crew had declared an emergency. The pilot reported an engine malfunction and asked vectors for an emergency landing at Kavala International Airport (LGKV). After initially circling over the sea to lose altitude, the aircraft then appears to have headed north, over land. 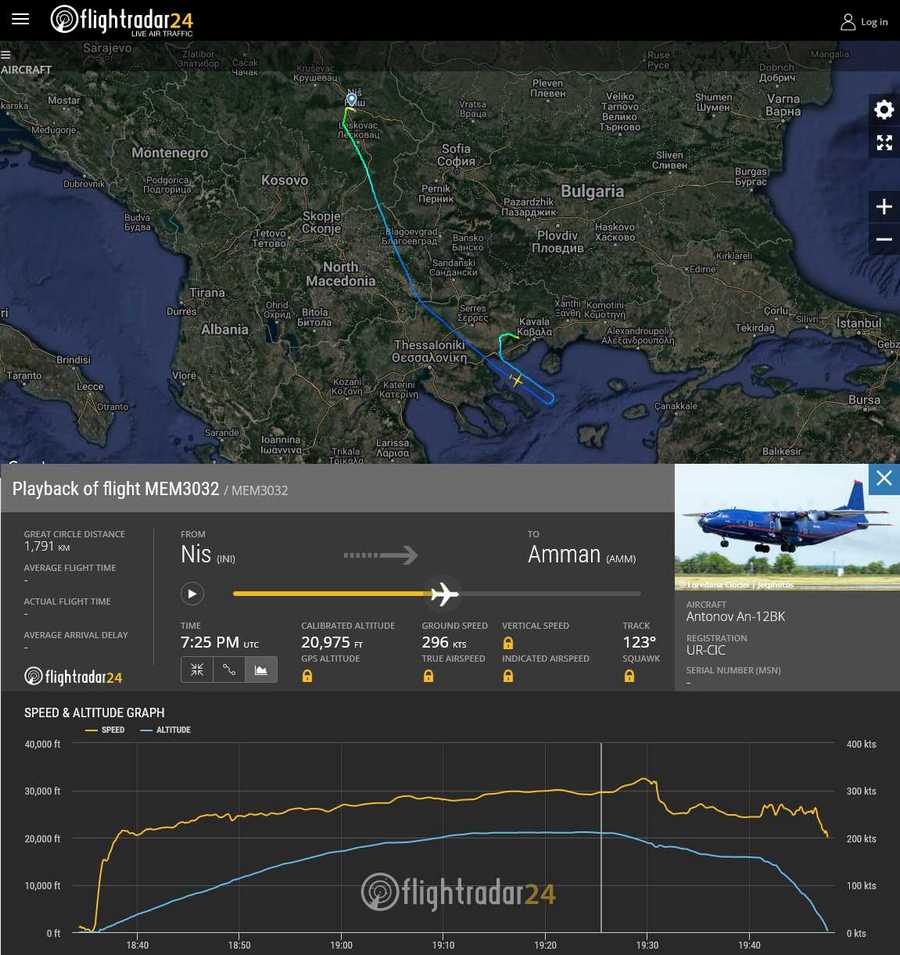 Local reports indicate that the crash site of the Antonov An-12 is in agricultural land, occurring just before 11 pm local time (20:00 UTC). Flightradar24’s last signal of the flight was at 19:47 UTC, more or less at the same site. The aircraft was at 350 feet, and the ground elevation at the last FR24 site is approximately 190 feet AMSL. This site is about 19 nautical miles from Kavala International Airport.

Video of the doomed Antonov An-12 shows that parts of it were on fire before the crash. Also, local reports suggest that there were multiple smaller post-crash explosions at the site. Rescue teams headed for the site immediately. Like much of the rest of Europe, Greece is in the middle of the summer fire season, so fire response teams are spread around the country.

The Antonov An-12 in this crash has Ukrainian registration UR-CIC. It first flew in 1971 as a military aircraft, before going to Aeroflot. Several airlines in Russia and Belarus had it in their fleets in the years that followed. Meridian Aviation only acquired it in January 2022. This company appears to specialize in this type of aircraft. Greek authorities are reportedly asking for more information from their Serbian counterparts, regarding the nature of the aircraft’s cargo.

Newer information suggests that the accident aircraft was carrying 11.5 tons of munitions, primarily mortar rounds. The Ukrainian airline was transporting cargo on behalf of the Serbian defence ministry. Its final destination would have been Bangladesh, after several technical stops. The airline confirmed that all eight crew members perished in the crash. All of them were Ukrainian nationals. 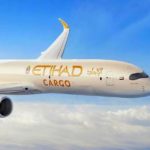