The CityAirbus NextGen is a simpler Urban Air Mobility project than some others we’ve seen. But it’s also further along in its development!

Urban Air Mobility (UAM) and electric Vertical Take-Off and Landing (eVTOL) projects are getting a lot of press lately. There are multiple projects in the works, from many companies around the world. Interestingly, the vast majority of these companies are startups. Some do have backing from established companies or people, admittedly. 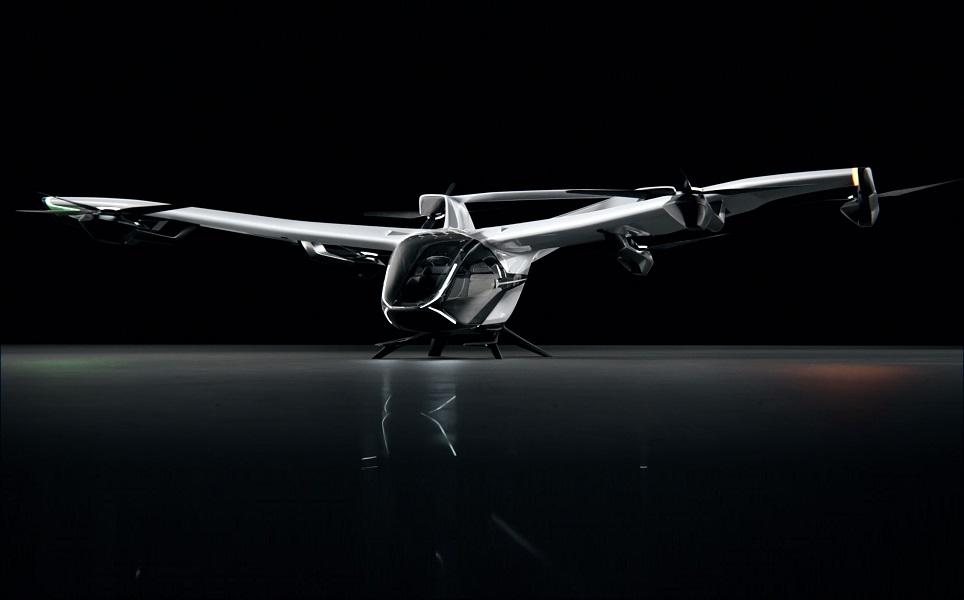 On the other hand, Airbus is… well, Airbus. The manufacturer has backed a number of small electric aircraft projects, but they’ve also done work directly. The CityAirbus NextGen follows the original CityAirbus and the smaller Vahana project. Vahana was a subscale winged demonstrator, while the first CityAirbus was a “simple” eight-rotor (four pairs) eVTOL.

The CityAirbus NextGen also has eight rotors, and the cabin looks similar to that of the earlier version. But that’s where their similarities end. The new UAM vehicle has a wing. Six of the eight rotors are fore (2) and aft (4) of the wing. The remaining two rotors are in a large ‘V’ tail, with a horizontal stabilizer at the top. These two rotors are in a pusher position but canted diagonally downwards. 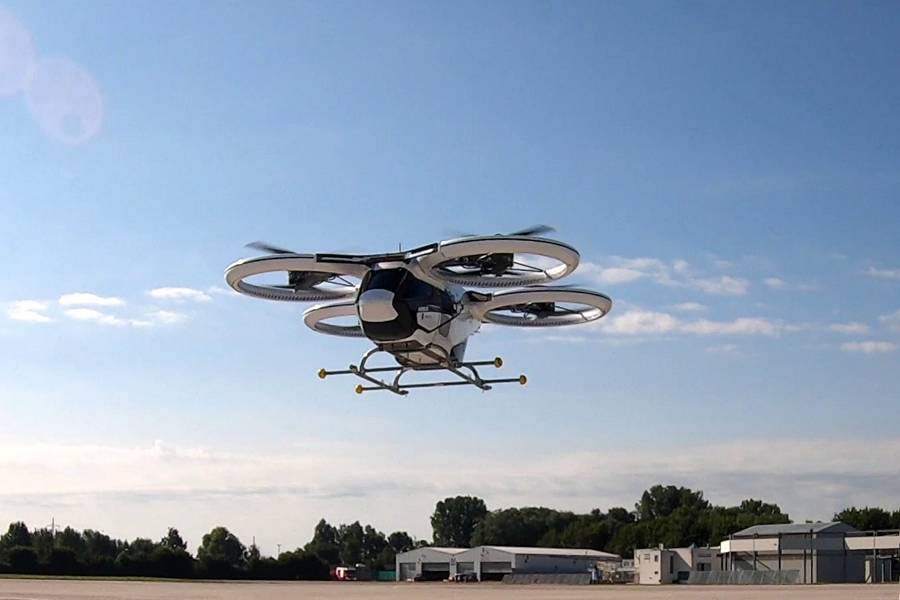 The older CityAirbus. Note it has eight rotors, in four pairs. Image: Airbus

There are two characteristics that make the CityAirbus NextGen unique (or extremely unusual) among UAM vehicles. Firstly, its wing and tail have no moving surfaces at all. All manoeuvring and attitude changes rely on propeller RPM and/or pitch changes. Obviously, that’s something non-winged eVTOLs and drones have to contend with.

The other thing non-winged designs usually have is rotors that don’t tilt. Some wing designs also have rotors that don’t tilt, i.e. they don’t change the orientation and therefore the thrust vector of their props. But these designs have dedicated rotors for lift, and others for forward thrust. The CityAirbus NextGen seems to use all rotors for lift, which would require some pitch-up while hovering. But its rotors don’t tilt. Cruising at 120km/h (75mph, 65kts), the aircraft transitions to using the rear rotors only. 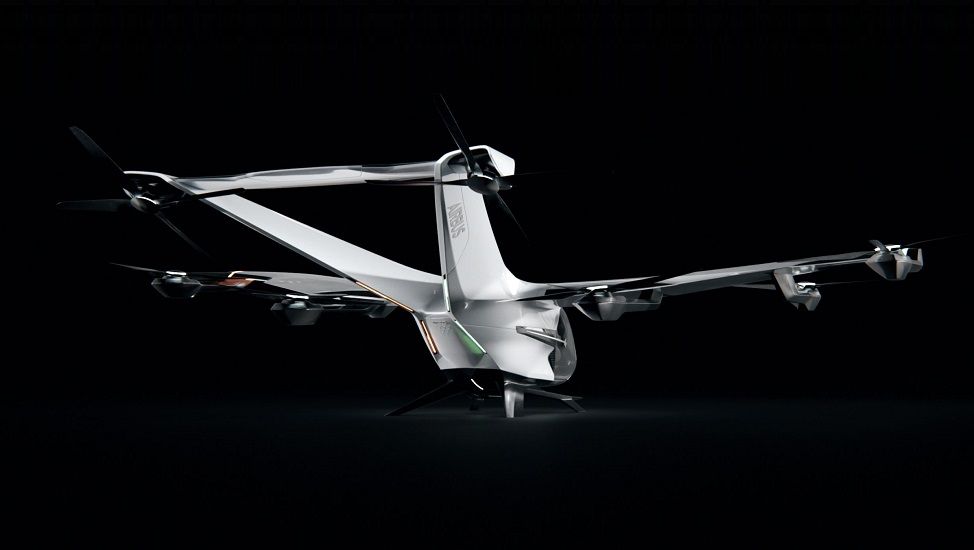 And that brings is to performance. 65 knots is well short of some of the promised speeds of other UAM designs. And that’s not the only seemingly bad news. The range of the CityAirbus NextGen is 80 km (50 miles). This would still cover the size of most big cities but lags behind other designs. Finally, capacity is four people. It’s a bit unclear if that’s a pilot and three passengers, or four passengers.

However, analysts observe that these performance and capacity specifications seem realistic. The same isn’t necessarily true of all other designs. For example, some designs with ranges of 150-200 miles, promise cruise speeds of 150-200 mph. These speeds are not only demanding/ambitious, but realistically they could also be very hard to reach operationally, in an urban environment. 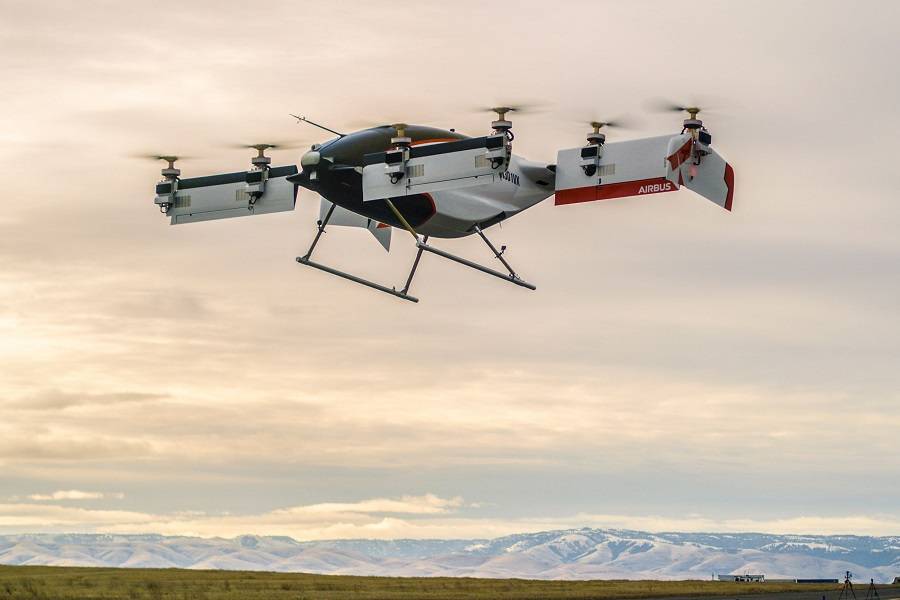 The older Airbus Vahana, during its first flight. Image: Airbus

Certification And Date To Service

Of course, Airbus doesn’t rely on funding from investors, so it doesn’t need to “inflate” its numbers. Also, the manufacturer has plenty of experience in certifying new aircraft. So the other way the CityAirbus NextGen differs from other UAM projects, is that its design meets certification standards. Specifically, Airbus designed it for EASA SC-VTOL Enhanced Category certification. This isn’t just a concept aircraft.

Airbus is also putting a lot of emphasis on noise. The CityAirbus NextGen will produce under 65 dB(A) in cruise and under 70 dB(A) when landing. In terms of its timeline, Airbus expects to fly this CityAirbus version in 2023, with certification coming in 2025. That seems close, but a lot of development work for the project is already done. 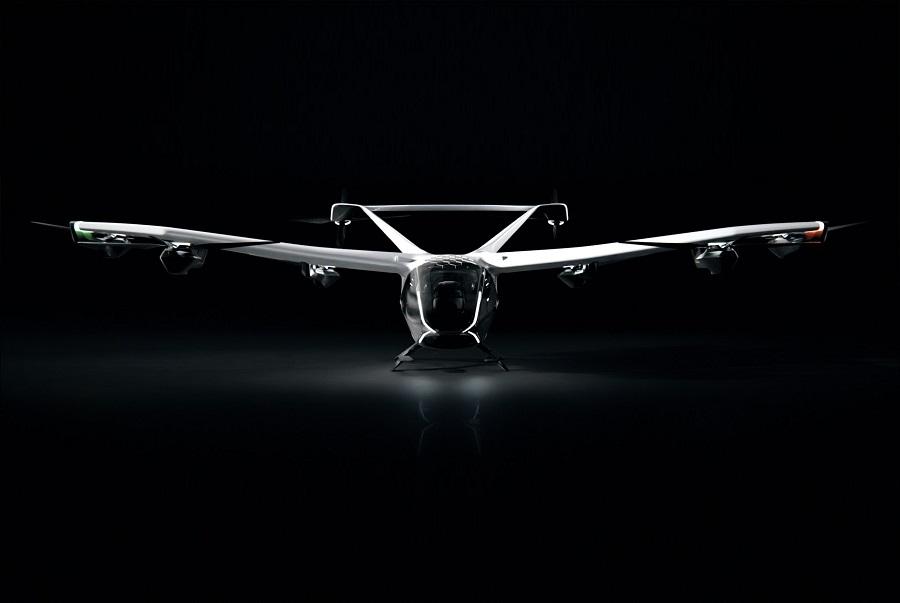 In short, the CityAirbus NextGen is conservative in speed, range and passenger capacity. Airbus knows how to certify an aircraft, so this shouldn’t be as big a hurdle as it goes forward. Even better, this project is under the wing of Airbus Helicopters. And there seems to be a lot of parallel development with more “conventional” designs. Airbus is working on integrating an electric motor in a helicopter gearbox. In an engine failure and autorotation scenario, this will give the pilot valuable options!

It will be interesting to see how this project evolves, compared to other eVTOL and urban air mobility designs. It is likely that we will see manned prototypes (in their final configuration) before the CityAirbus NextGen. But when it comes to a design that can carry paying passengers, it would be hard to bet against Airbus.