The 5th of May this year marked the 60th anniversary of Alan Sheppard flying to space. He was the first American and second human in space, after Yuri Gagarin.

When the Eagle lunar module touched down on the moon in 1969, we had the culmination of a space race, that had began 8 years earlier. But it wasn’t the first space race between the United States and the Soviet Union. Things kicked off when Sputnik reached space, become the first man-made object in orbit around our planet. Then came the obvious question: who would first send a human up there? 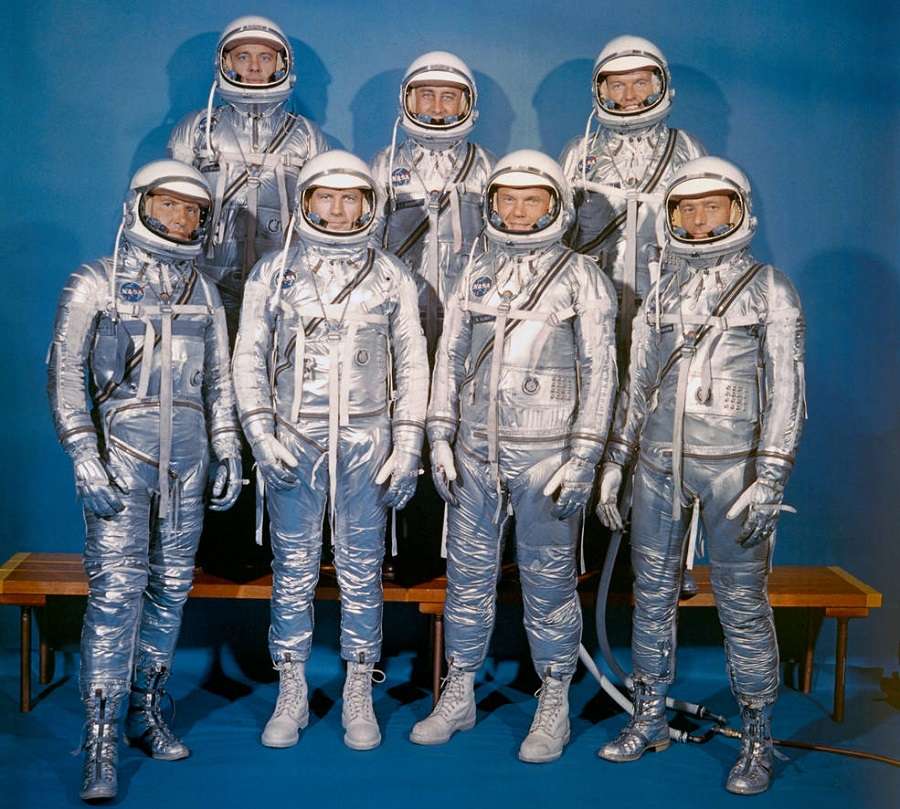 It’s hard to convey today how important this flight was. In theory, the American flight wasn’t on equal footing with that of the Soviets. Alan Sheppard didn’t perform an orbit in space, neither did Virgil I. “Gus” Grissom who went up second. But the Americans were catching up, quickly. Several spectacular failures had previously raised doubts that they could race the Soviets at all. The flight was an enormous boost, both technologically and in terms of morale. 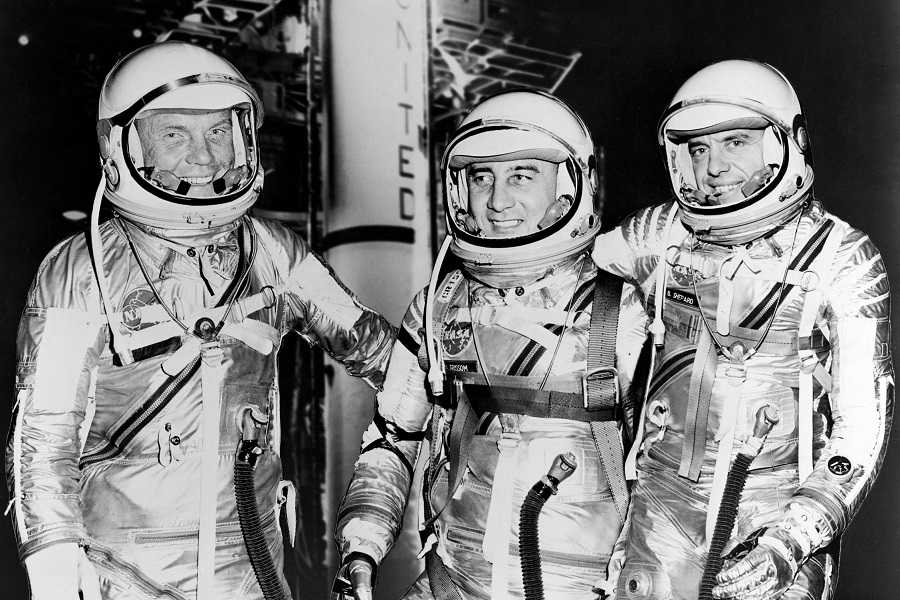 But it didn’t come easily. The first date for Alan Sheppard’s flight in space was the 2nd of May. That didn’t happen due to weather. The next few days the weather still kept everyone guessing. To help ease people’s anxieties a little, NASA then decided to end a little bit of secrecy they had kept up until then.

The identity of the first American to fly to space was a secret. The public knew one of three astronauts would be first in space: John Glenn, Virgil “Gus” Grissom or Alan Sheppard. Of course the astronauts knew: Grissom would follow Sheppard, and Glenn would be third AND backup for the first two. Glenn’s patience would be rewarded with NASA’s first orbital flight. 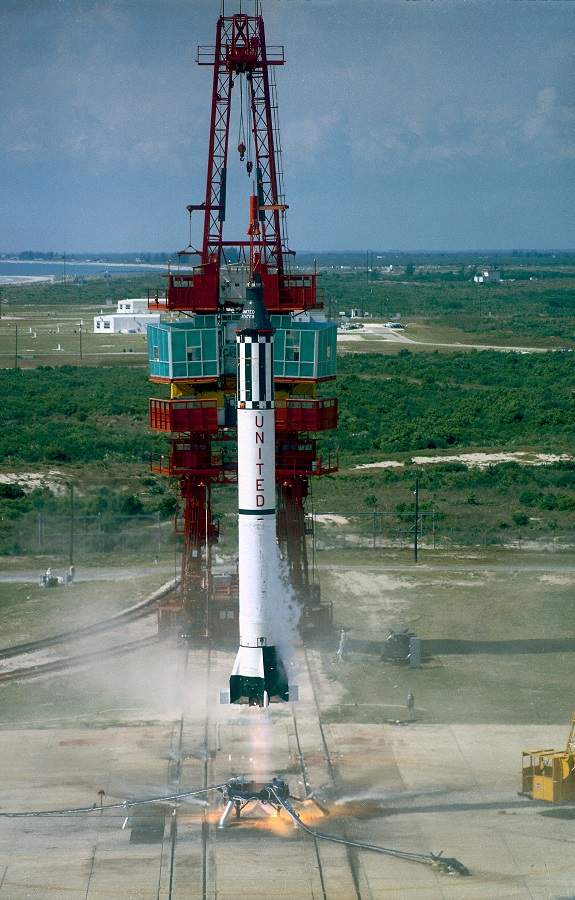 Weather, Success And The Moon Race

On the 5th of May, the weather finally eased up a bit. However, technical issues still caused delays of over two hours. But finally at 9:34am, the Redstone rocket lifted off from Cape Canaveral, with Freedom 7, Sheppard’s spacecraft, on its nose. Its flight would only last for 15 minutes, reaching 116 miles (187km) in altitude. After his remarkable foray into space, Alan Sheppard splashed down in the Atlantic, about 300 miles southeast of Cape Canaveral. 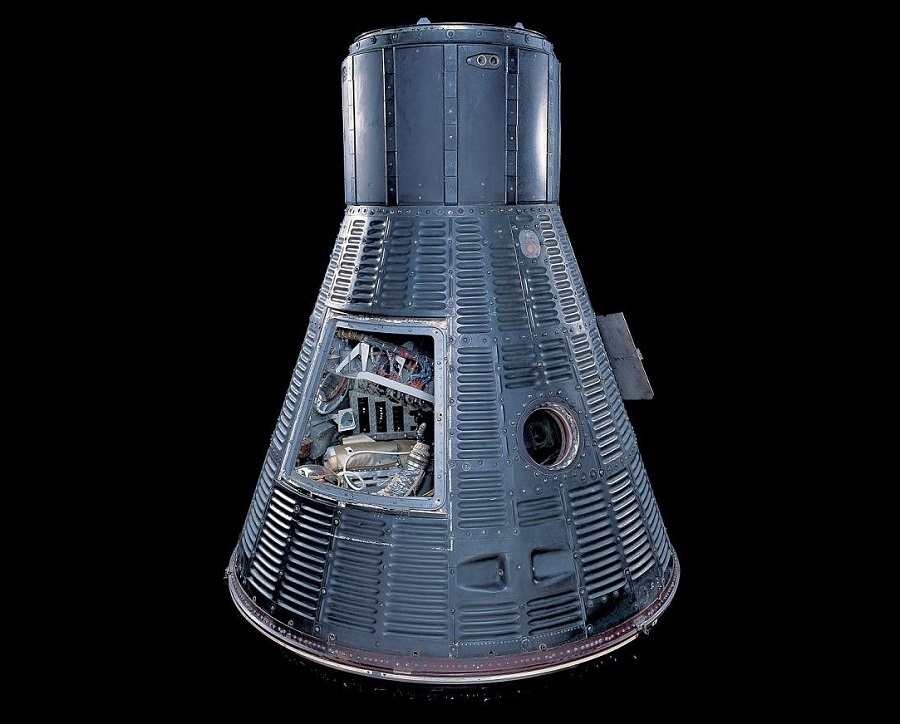 Freedom Seven, in display in the National Air and Space Museum. Photo: NASA

The American astronauts lamented not beating the Soviets. Sheppard would originally have flown in March, but NASA sent that capsule in space empty. It was a precaution, after a minor but worrisome error with the capsule that sent a chimpanzee in space, the previous January.

But it really didn’t matter. The US change in mood after Alan Sheppard’s space flight was instrumental in Kennedy’s commitment to the moon race. His pronouncement that NASA would send people there before the end of the decade, came just three weeks later. 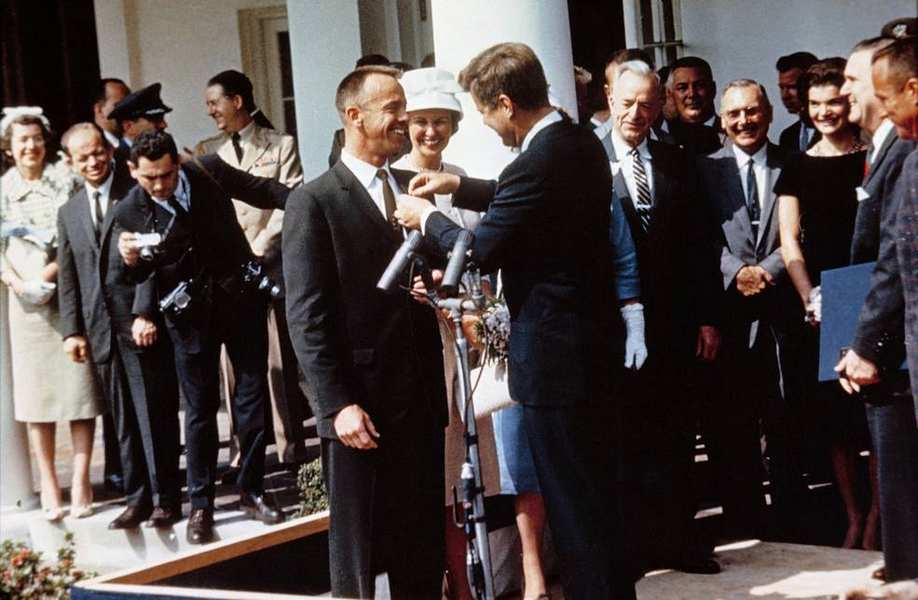 But the flight wasn’t just a morale boost. Sheppard and NASA learned that manual attitude control in space is possible – and easier than what some expected. The flight’s success was confirmation that the space race was only just beginning.