Most Urban Air Mobility (UAM) projects compete in range and passenger capacity – on the other hand, AIR ONE takes a more personal approach.

There is something unquestionably attractive about urban air mobility. So many futuristic movies (and some cartoons) have predicted vehicles ‘floating’ above our cities, parking on rooftops. These vehicles seem to fulfil this idea. And they’re electric! Modern, faster than cars, quieter than helicopters, and less harmful to the environment. What’s not to like? 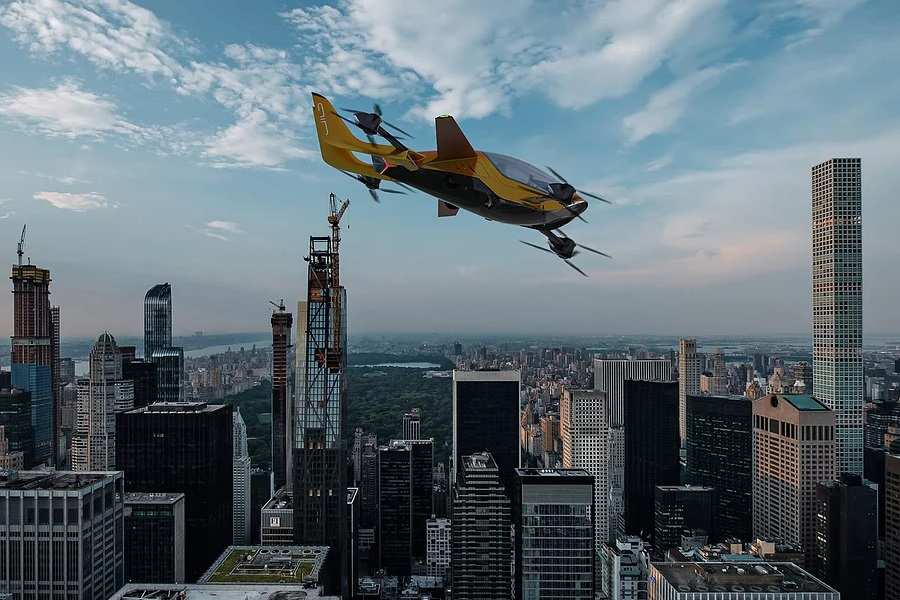 But of course, things are more complicated. The AIR ONE you see here has two seats, for two occupants. Most air-taxi-style concepts feature a pilot and four or six passengers. Some are pilotless, still with four occupants. The challenge here is making these projects work, in terms of battery capacity and energy distribution.

A Question Of Size

They say that you have to walk before you can run. At the moment, the highest number of occupants that a simple, certified, electric fixed-wing aircraft can carry, is 2. Multi-rotor eVTOL aircraft will be less efficient. And this is why some look at more complicated eVTOL aircraft with 4-5 or more seats, with some suspicion. Smaller vehicles, like the two-seat AIR ONE or the single-seat BlackFly, perhaps seem more promising. 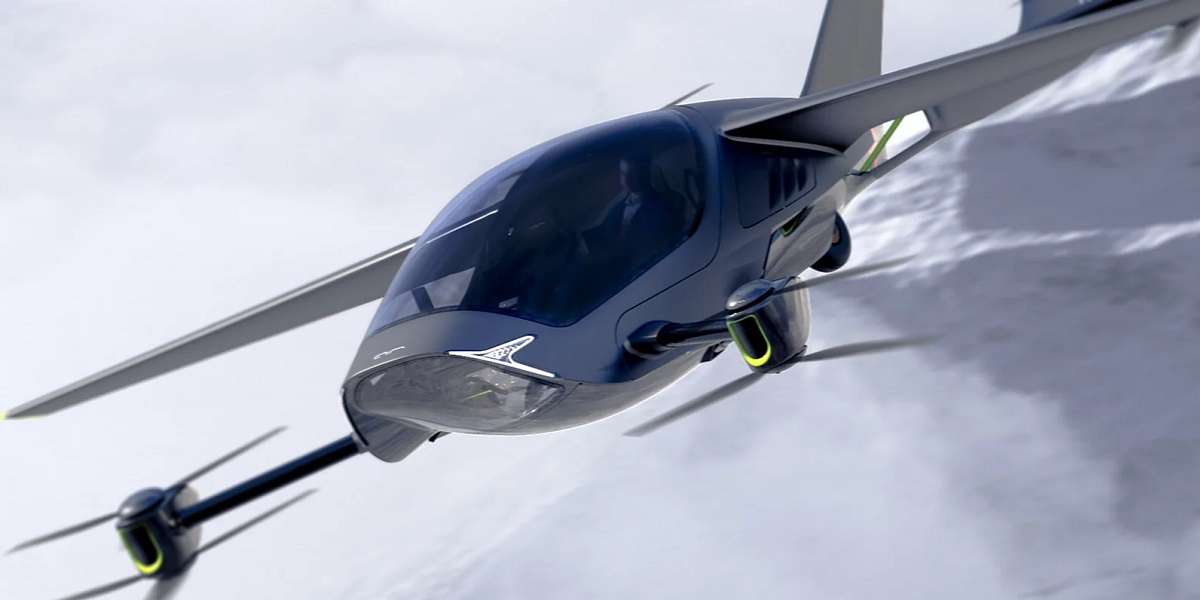 AIR CEO Rani Plaut defined the AIR ONE as a two-seat eVTOL, weighing in at 970 kg (2,140 lbs). It has a range of 177 km (110 miles) and a typical cruise speed of 161 km/h (100mph). Maximum flight time is one hour, and it takes as long to recharge, when empty. The aircraft isn’t pilotless. But this doesn’t mean that the person controlling it will need to be a fully-trained pilot. At least not in the way we understand the term today.

The AIR ONE will use what the company calls “fly by intent” software. This will make flying the vehicle much easier than that of any conventional aircraft. AIR is working with the FAA in the United States to certify the aircraft, aiming to have it by the end of 2023. The company raised just under $10 million in funding last year and is now raising more for the certification. 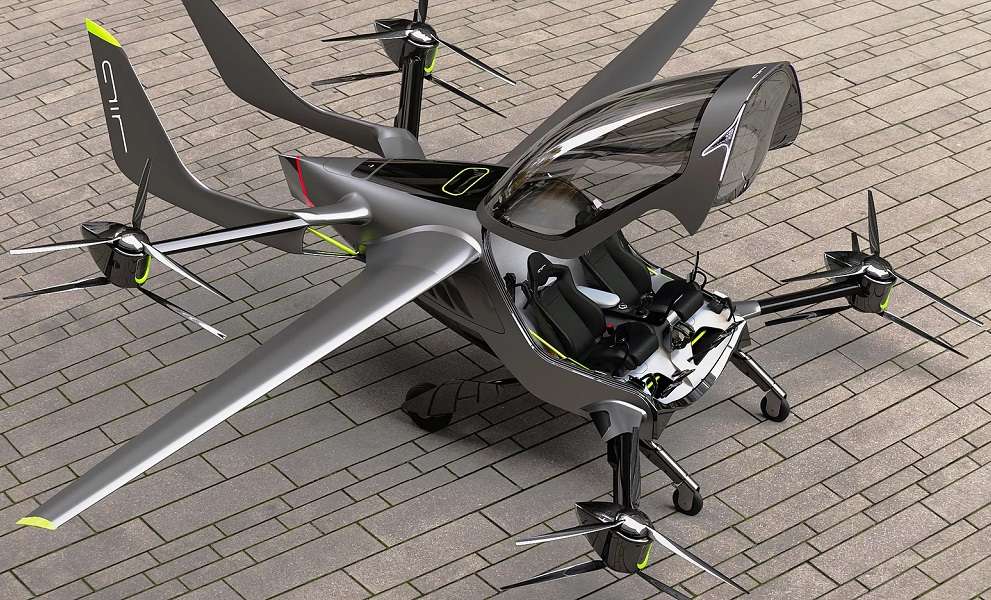 AIR ONE For The US Market

The Israeli company is working with the FAA because they expect the United States to be their main target. The new rules regarding vehicles like the AIR ONE aren’t entirely set yet. But the US has large areas with uncontrolled (Class G) airspace over land, where such vehicles would operate more freely. 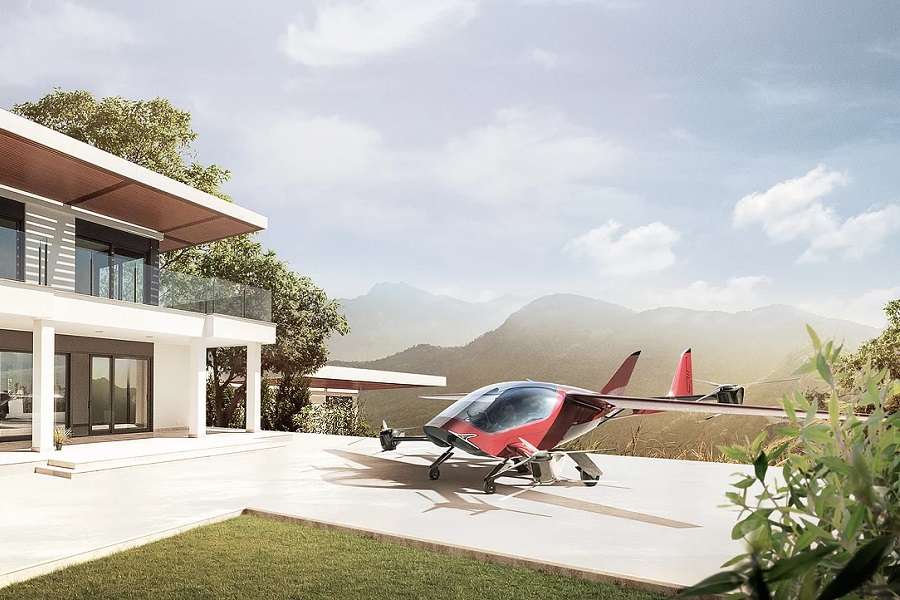 The company aims to make its eVTOL practical for daily use. The AIR ONE will have folding wings and rotor arms. It won’t make a road-capable vehicle when folded up. But it will fit in a garage space that would take a large pick-up truck. It should work as a commuter, but AIR wants to make it fun to fly. It will have a lot of excess power, so that should be easy!

As for the price, the company won’t give a number yet. It simply says that the vehicle will cost as much as an expensive car, which is rather vague. However, given the time from now until it starts making deliveries in 2024, perhaps this isn’t surprising. It will be very interesting to see this project develop. Commercial battery-electric vehicles are desirable. But first, we really need several smaller designs, to pave the way for something bigger.