Canada’s TSB just released its final report on the crash of a North Star Air Basler BT-67 (DC-3 turboprop) with some interesting findings.

We have already looked at the story of the Basler BT-67, a popular turboprop conversion for the venerable Douglas DC-3. There are those who may shake their heads disapprovingly at the loss of the looks (and noise) of those radial engines. But the simple fact is that a conversion like this can keep these veterans in the skies for much longer. 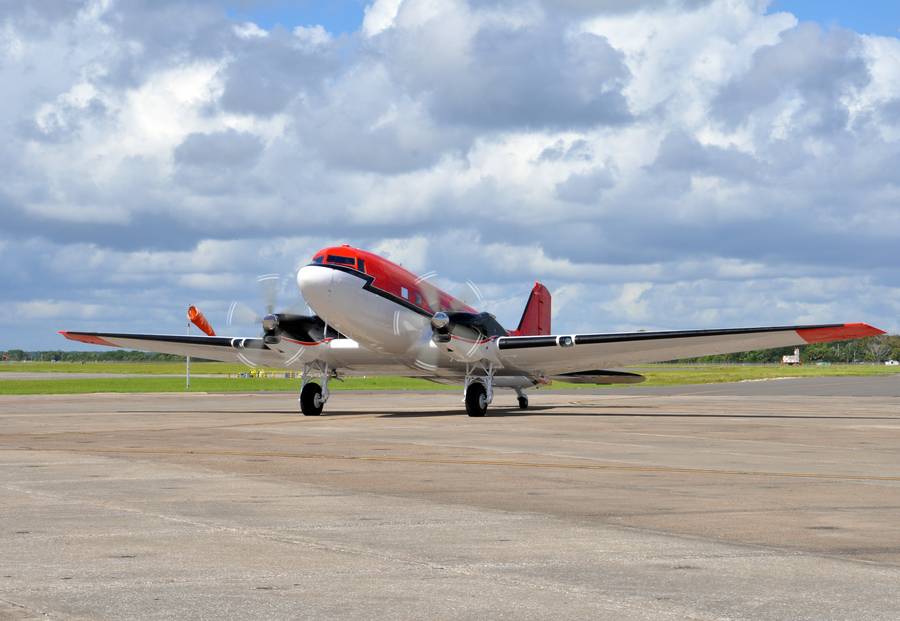 Sadly, this accident involves a North Star Basler BT-67, whose crew was performing a cargo flight in Ontario, Canada. It occurred on the 3rd of December 2019. The flight departed from Red Lake Airport (CYRL), heading for Sachigo Lake Airport (CZPB). The distance between the two airports is just over 200 miles. Only the two pilots were on board the aircraft.

The initial reports stated that the aircraft contacted trees during its approach to Sachigo Lake. Afterwards, the North Star Basler crashed into a forest. It came to a stop approximately 500 metres (1,640 feet) from the threshold of runway 10 at its destination airport. Fortunately, both pilots exited the aircraft without any injuries. But the BT-67 with registration C-FKAL, MSN 12840 (first flight in 1943) sustained substantial damage. 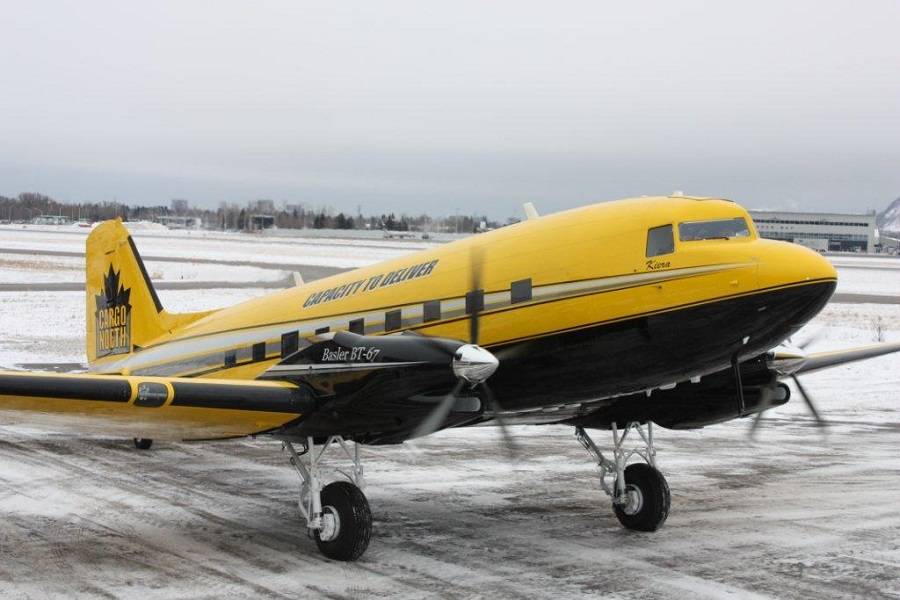 There was no post-crash fire – an important detail since North Star often uses its Basler fleet to carry fuel to remote communities. But the aircraft hasn’t flown again since. Again, the above information is what was known initially about this crash. Earlier this week, the TSB’s final report shed much more light on the flight’s circumstances.

Investigation reports are generally not meant to apportion blame on individuals. Their goal is to get to the bottom of the incident or accident, publicizing lessons that will stop similar occurrences. However, this report takes a critical stance towards this flight’s Captain, the airline’s safety culture and Transport Canada’s supervision of it. 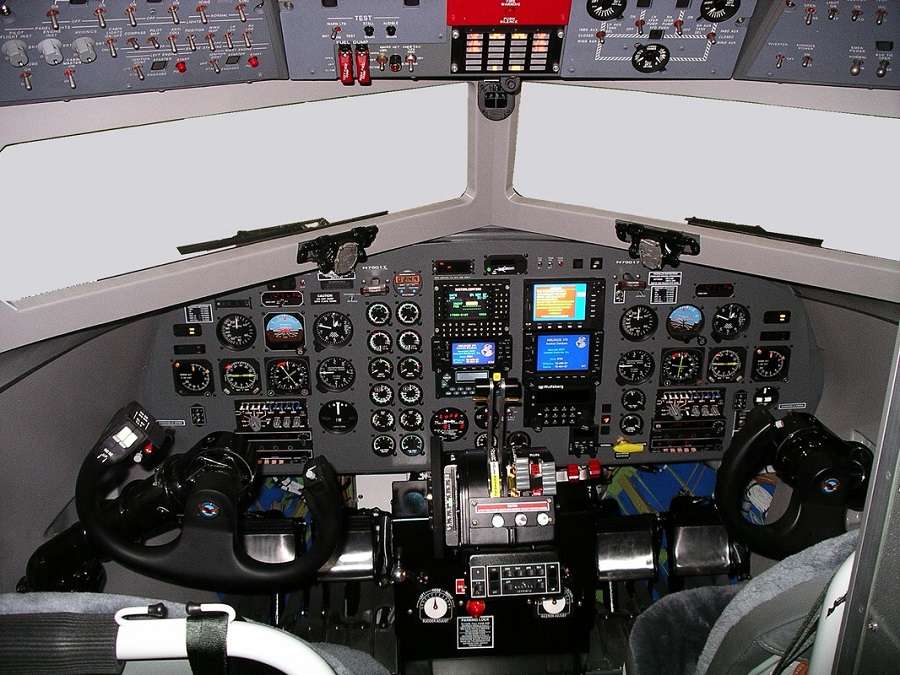 This North Star flight crew flew their Basler BT-67 in Daytime visual flight rules (VFR). However, the report establishes that the captain was aware that Instrument Meteorological Conditions (IMC) likely prevailed at the destination airport. There was no weather available for Sachigo Lake Airport. Instead, the captain got weather information for an airport about 30 nautical miles from Sachigo Lake.

This information reported IMC conditions with an overcast ceiling of 500 feet AGL, with an expected improvement to 1,500 feet but a possible fluctuation of 700 feet. The North Star Basler crew took off from Red Lake at around 8:00 am. Then quickly afterwards, the aircraft entered IMC conditions, as the crew climbed over the weather. This action isn’t in accordance with VFR flight rules. 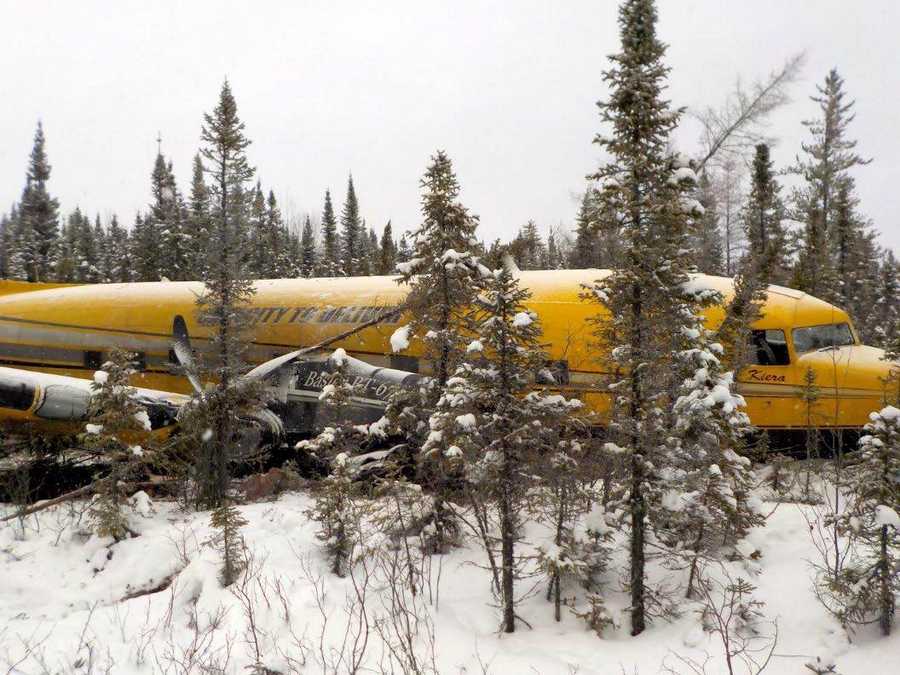 The aircraft after the crash. Photo: Nishnawbe Aski Police Service, via TSB

Similarly, the crew descended through the clouds near their destination airport. The captain had previously checked the weather (still at the other airport) which was largely the same. Worryingly, the captain flew the North Star Basler at an altitude of 200 feet AGL, for the last 11 minutes of the flight. The reason for this was to keep the aircraft out of the clouds. This is about 400 feet below legal VFR limits.

The captain flew the aircraft in two circles while trying to establish an approach to runway 10. At this altitude, the aircraft came within 225 metres (243 yards) of a 150-foot high tower, near the airport. The captain had reportedly not briefed the first officer about the approach that they would follow. After the first wide circle, the North Star Basler was not in a position where its crew could make an approach. 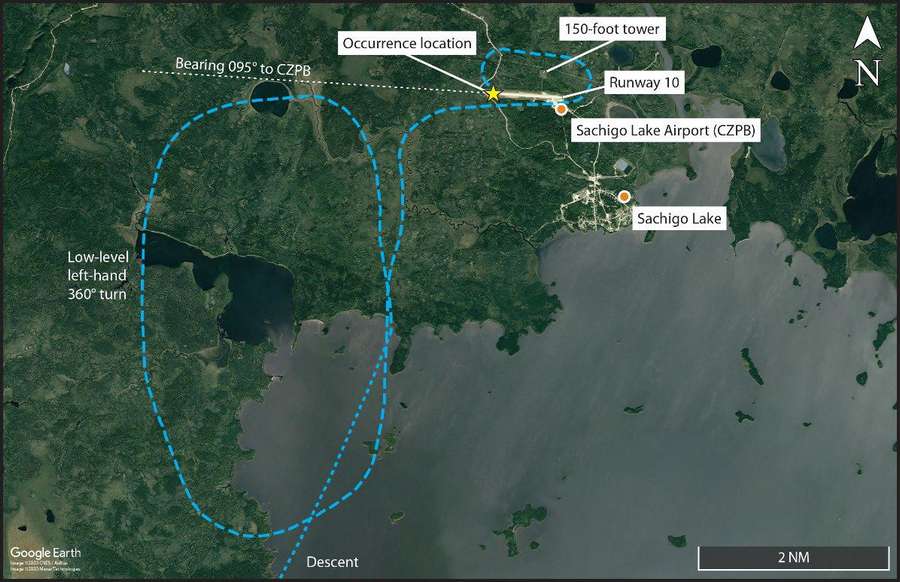 Photo: Transportation Safety Board of Canada

The captain appeared to make a left traffic pattern but initiated the turn to final early. It was during that turn that the aircraft first hit treetops. This caused damage to the pitot tubes (which hang low from the fuselage) which subsequently gave out unreliable readings. However, it doesn’t appear that this was a factor in the crash.

The North Star Basler hit the ground, sliding approximately 350 feet (107 metres) before coming to a stop. Canada’s TSB could not rely on a cockpit voice recorder (CVR) or a flight data recorder (FDR). The aircraft originally had a CVR, but there wasn’t a legal requirement for it. So sometime before the flight, ground crews removed it for maintenance. Basler lists a CVR and a digital FDR as options, for its conversions. 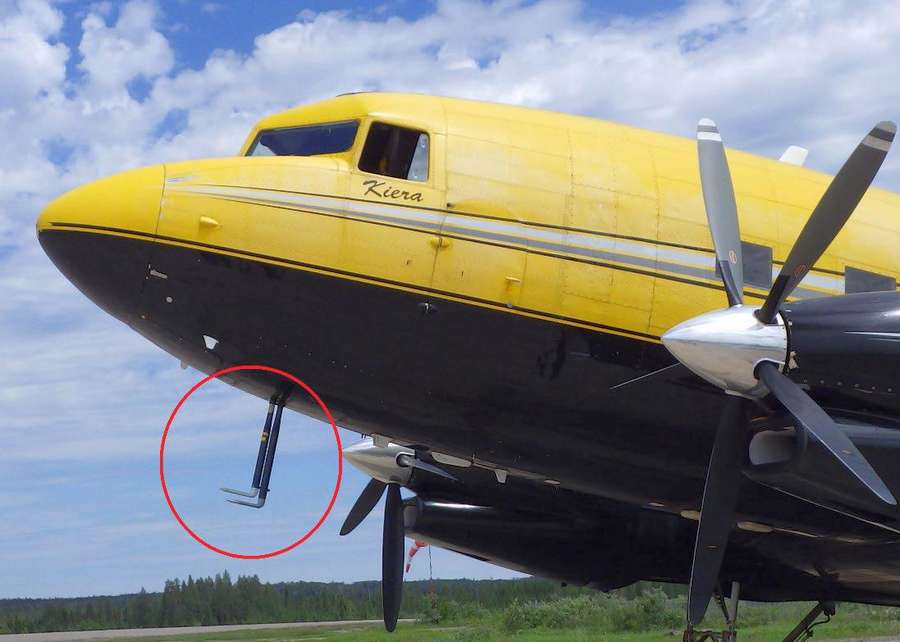 The location of the Basler’s (and DC-3’s) pitot tubes. Photo: Transportation Safety Board of Canada

Investigators used meteorological reports and ADSB information, for their investigation. They also looked at the North Star crew of this Basler aircraft. Investigators listed the captain’s decision to conduct a VFR flight into IMC as the first cause of this crash. The high workload in the captain’s chosen approach, in these conditions, also contributed to tunnel vision, with the captain not realizing that the aircraft was descending further.

Investigators also identified a result-oriented culture among some of North Star Basler pilots. This led them to emphasize “mission completion over regulatory compliance”. There was evidence that this wasn’t the first case of a VFR flight deliberately entering IMC. Furthermore, the airline’s safety management system (SMS) did not identify these conditions. 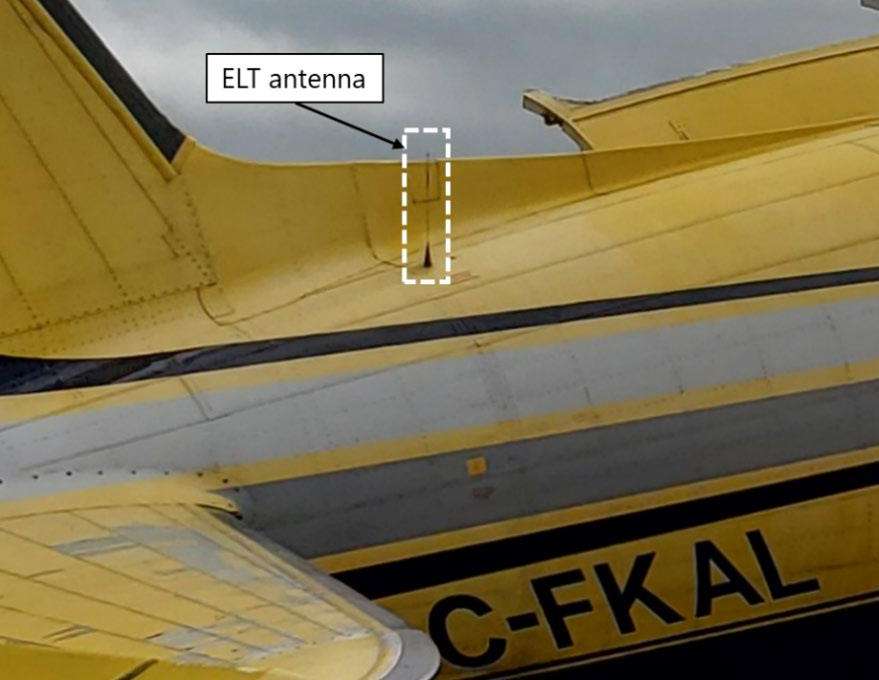 Despite its location in the upper fuselage, the ELT antenna was ripped off in the crash. Photo: Transportation Safety Board of Canada

The investigators identified other contributing factors, such as a lack of supervision of the airline by the country’s aviation regulator. It criticized the lack of a CVR and FDR, plus the fact that an emergency transmitter didn’t work in the crash, because its antenna got ripped off by trees. This plus the lack of a flight plan on file (the likely reason for choosing a VFR flight) could have made search and rescue problematic.

Finally, investigators believe that this North Star Basler crash highlights that some airlines don’t use modern crew resource management strategies, the way other multi-crew operators do. This is another way for safety margins to suffer substantially.