A ground worker in St. Petersburg suffered a serious eye injury, when a Pobeda 737 crew flashed their landing lights, while taxiing their aircraft. The worker should make a full recovery, eventually.

The ground worker was marshalling the Pobeda 737-800, as it was taxiing to the gate. The jet had just finished flight DP-211, from Moscow Vnukovo to St. Petersburg, in Russia. The flight should have arrived in St. Petersburg Pulkovo Airport (ULLI) at 5:35pm local time. If it had, it would have made its landing while there was still plenty of light, late in the day. But it had departed Moscow about an hour and 15 minutes late. Having recovered some time in flight, it landed at 6:34pm. 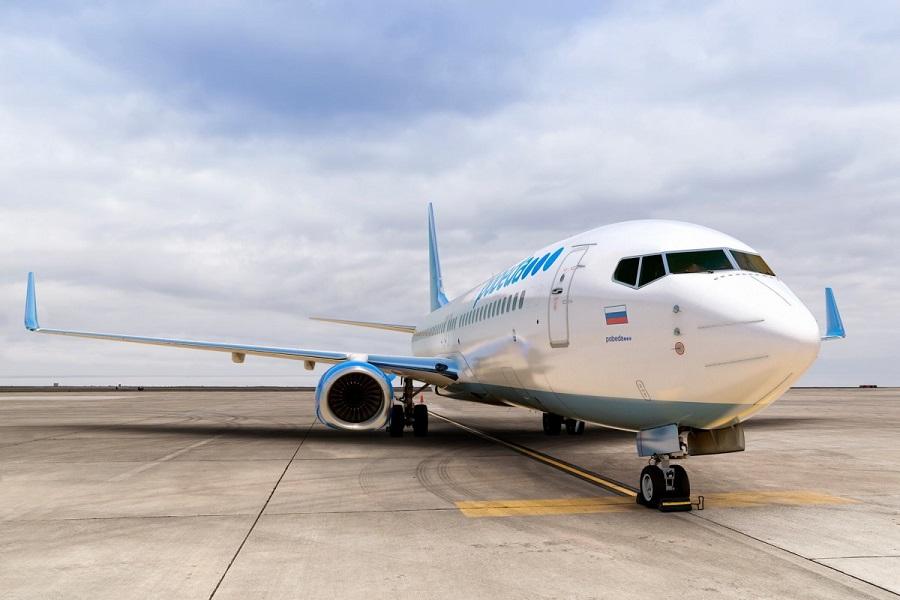 This time of year, the sun sets over St. Petersburg about 20 minutes before the 737 arrived. We don’t know more details about the circumstances of the event at this point. But unfortunately it was late enough in the day, for people’s eyes to be adjusting to night conditions. For whatever reason, the pilots used the landing lights in the gate area, causing the injury.

Doctors diagnosed the worker with light ophthalmia. This is a serious condition, damaging the person’s corneas and retinas. The airport authorities made this statement, after the landing light incident:

“On the night of February 24, an employee of the enterprise was sent from Pulkovo airport to an eye trauma center. The reason for this was the man’s appeal to the first-aid post after servicing the aircraft and eye contact with the plane’s landing lights. At the Pulkovo airport, a check is carried out in accordance with the norms of the legislation.” 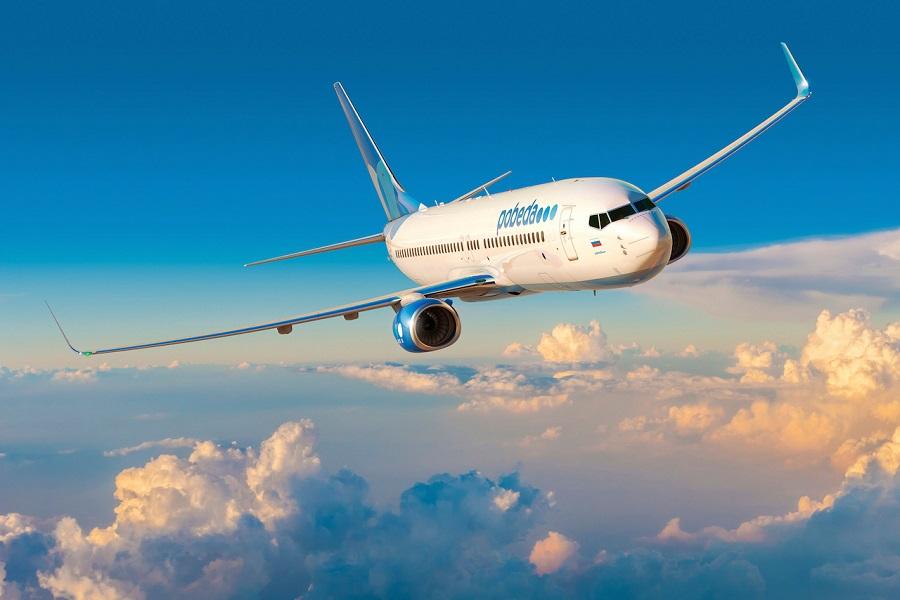 Like all commercial aircraft, the Boeing 737 has a range of exterior lights. There are lights for landing, taxiing, taxiway turnoff, for signifying the plane’s position, and anticollision lights and strobes. There are also special lights to illuminate the airline’s logo. Other lights help pilots see the top of the wing, to check for icing. Finally, there are lights near all doors, to guide passengers in an evacuation. 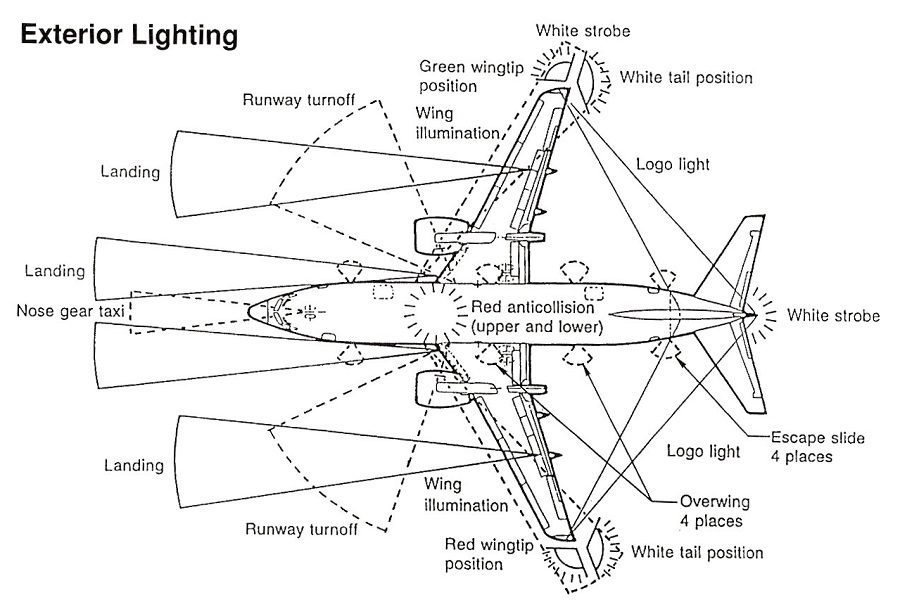 It is not unusual for pilots to flash the taxi lights, to get the attention of ground crew. But NOT the landing lights. Taxi lights are like very strong headlights for your car. They help pilots make their way around the airport, as they taxi. Landing lights are much more powerful. Switches for these and other lights are on the overhead panel. But they are not right next to each other.

The aircraft in this incident was a 737-800 with the registration VP-BQQ. This is important, because this jet is less than two years old. This means that it has all the newest bells and whistles, including of course Boeing’s updated landing and other external lights. So its lights won’t be quite like the diagram further up. Some lights got combined, others eliminated. Unfortunately, the new lights are a bit more powerful than those of a [much] older 737.

Boeing have updated their jets with LED lights, to save weight, reduce electrical current draw and simplify service. However an event like this would have been harmful even with the original lights. But thankfully, incidents like this are quite rare.

We can only wish the ground worker a speedy recovery. Authorities treat any aircraft-related injuries seriously. So we could well hear more about this.

For more information about the 737’s lights, check out this Mentour video: