The crew of a KLM Airbus A330 had a tail strike on departure, and then continued to their destination, crossing the Atlantic in the process!

This incident happened on the 8th of February this year. It involved KLM flight KL-678, departing from Calgary International Airport (CYYC) in Alberta, Canada. Its destination was Amsterdam Schiphol (EHAM), KLM’s home airport in the Netherlands. The airline performs this flight three times a week. 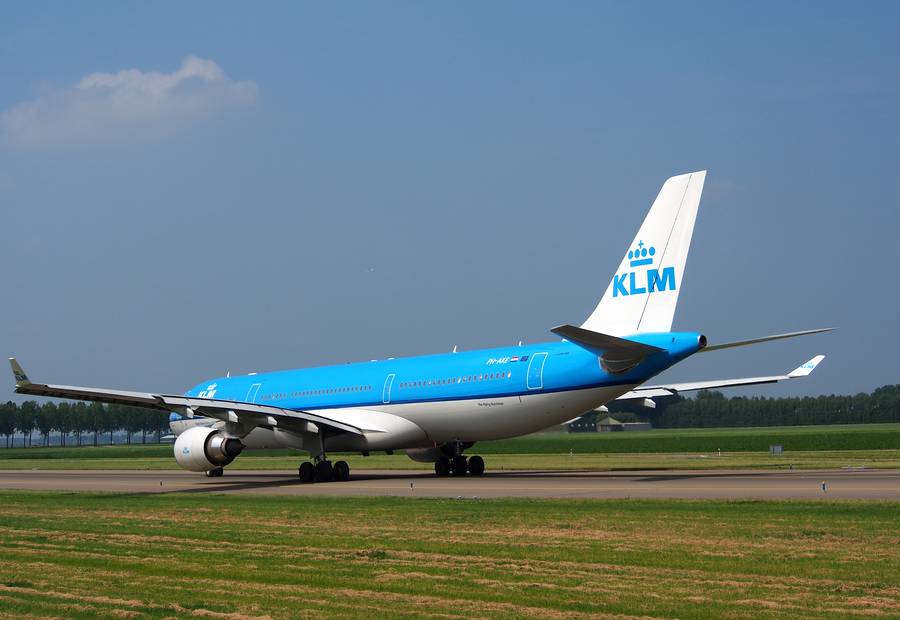 This particular flight had 216 passengers and 12 crew on board. The crew lined up for take-off on runway 29 in Calgary. It’s still not clear why at this time, but the KLM A330 appears to have had a tail strike, as it rotated. But neither the flight crew nor the cabin crew noticed it. Or at least, nobody noticed an impact, to suggest a tail strike.

KLM A330 Tail Strike And Bleeds Off Takeoff

But with hindsight being 20-20, it appears that there was a clue, of sorts. Both flight crew briefly noticed a burning odour, immediately as their aircraft became airborne. And since this was a “bleeds off” takeoff, the crew suspected that something was wrong with the APU. But the KLM crew had little reason to suspect that their A330 suffered a tail strike. 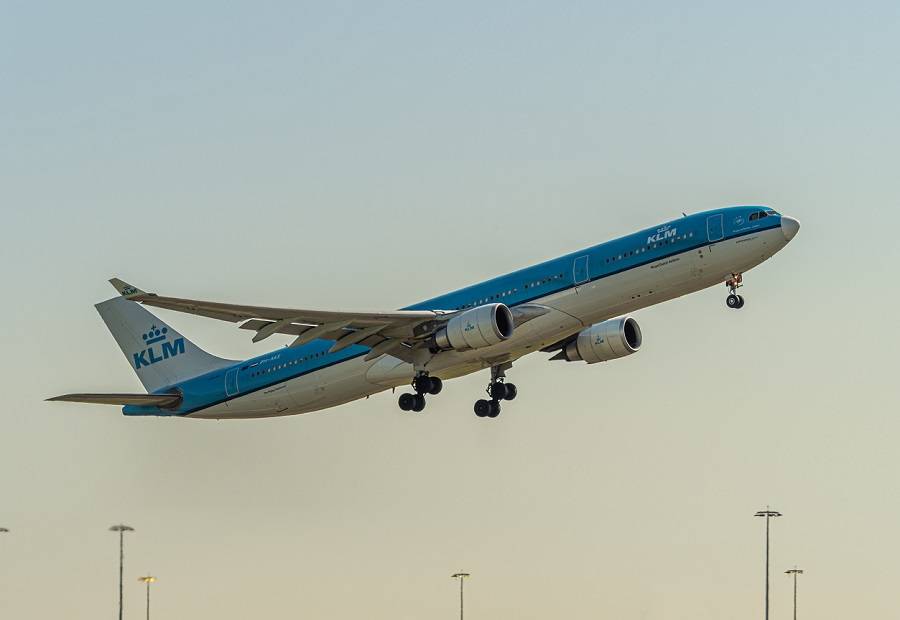 A “bleeds off” takeoff is one in which no air is diverted from the engines, to pressurize the cabin. Instead, the APU (auxiliary power unit) is supplying the necessary air to the cabin. Crews do such take-offs when they want to get the maximum possible performance out of their engines. The friction between the fuselage and the runway may have created some smoke, briefly. So after the tail strike, some of this smoke may have made it into the APU of the KLM A330.

The KLM crew continued their climb, looking for any abnormalities in their systems. The APU checked out fine. They also checked the “wheel page” in their ECAM, since the wheels may also be a smoke source. But there were no abnormalities there, either. So the crew then queried Air Traffic Control. The controller suggested that the KLM A330 may have suffered a tail strike. 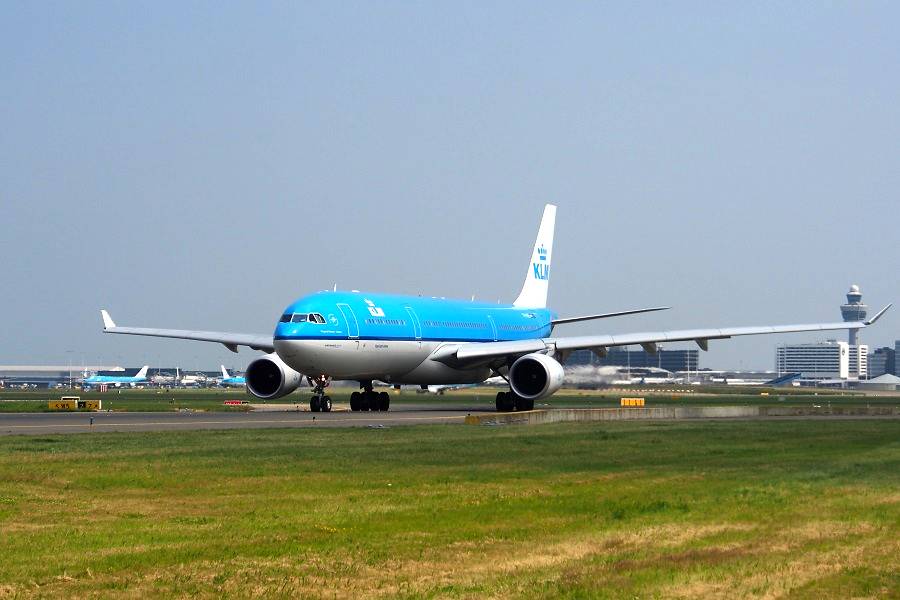 At this point, the pilots consulted the cabin crew, asking if they felt a tail strike or noticed anything unusual. Crew sitting in the back of the plane often notice even a tail scrape, because of their proximity. But no crew observed anything out of the ordinary. Satisfied, the flight crew decided to continue their flight across the Atlantic, and on to Amsterdam. 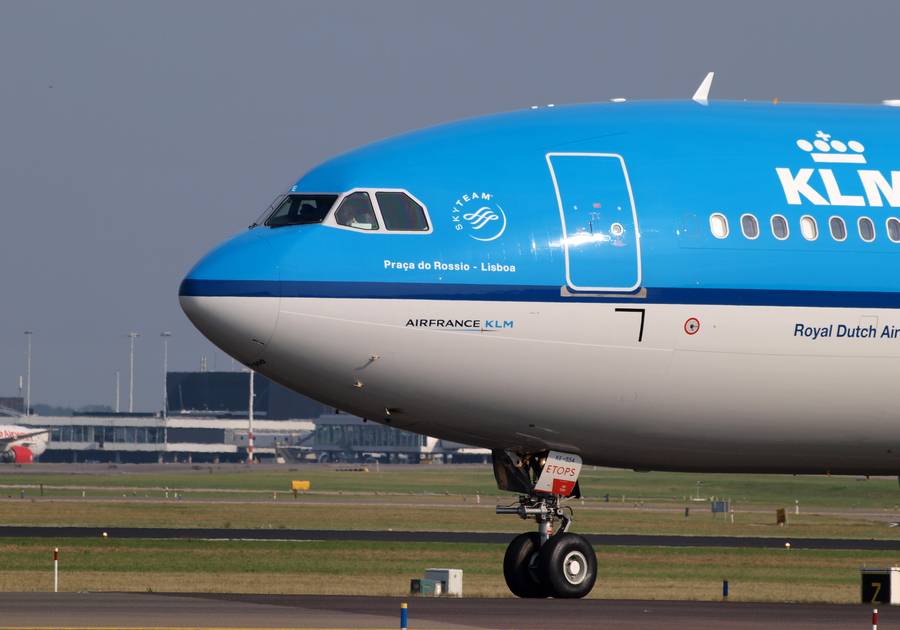 It was after the KLM flight landed at its destination and reached the gate, that ground personnel noticed the tail strike damage on the A330. The airline subsequently removed the aircraft from service. And as of this writing, this plane hasn’t flown again since. This is an Airbus A330-303 (i.e. with GE CF6 engines), with tail number PH-AKE. KLM calls it “Praça de Rossio – Lisboa”.

Typically, if pilots suspect a tail strike they do not climb to cruise altitude. This is because damage to the fuselage could compromise its ability to pressurize. Thankfully, in this case, the issue wasn’t severe enough to cause any immediate issues. And given that the cabin crew didn’t feel it, this was likely more of a tail “scrape”, than a strike.