A freighter door opening in flight is rare, but not unheard of. We’re going to look at an older case, and what happened to that 757 afterwards!

Last Saturday we saw a DHL 757 freighter, whose main cargo door opened shortly after takeoff. The crew made an expedited return to the airport, and landed successfully. Thankfully the incident happened at a relatively low altitude (~5000 feet), so there was no explosive decompression. But as Mentour explains in his news video, this was not the only danger for the crew.

The door itself is a structural part of the freighter. It stops the airframe from having any torsional distortions, in flight and when taxiing on the ground. So understandably the crew was in a big hurry to get their aircraft on the ground, and to safety. But this factor also casts doubts on the future of the aircraft itself. Is it possible to repair it? 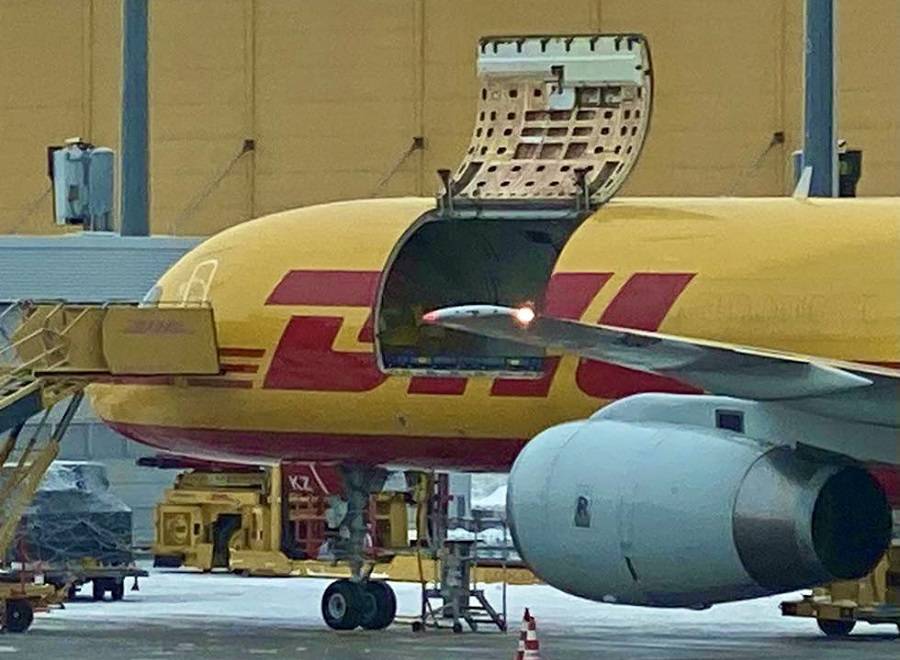 To try and answer that question, we are going to look at another such incident. Again, a freighter’s cargo door opening in mid-flight is a very rare incident. The previous case was over six years before, as we’re about to see. But the two cases both involve 757s. And this is not the only similarity between them! The operator of that aircraft was Yakutia Airlines. The incident happened on the 6th of December 2014. The aircraft was performing flight R3-9990, from Magadan to Yakutsk, in Russia.

After an uneventful take off, the crew had to stop the climb at 2,000 metres (6,600 feet). The 757 freighter’s cargo door had opened during the climb. Like the DHL incident, here too the crew returned for landing at their origin airport. However it took them a bit longer, in total around 25 minutes after take-off (DHL: 16-17mins). This was probably due to the fact that they had climbed a bit higher before the incident. 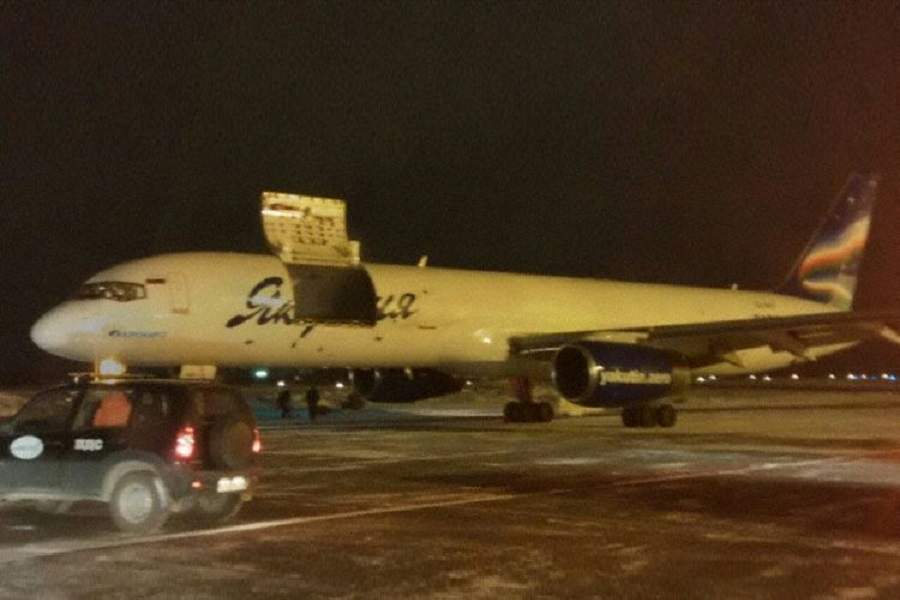 In both cases, the aircraft were Boeing 757-236 models. And they were both PCF (passenger converted freighter) conversions. This matters, because there are multiple companies (including Boeing) that make these conversions. They all essentially accomplish the same thing, but are not identical. But these two freighters underwent the same conversion, and had the same cargo doors.

Since it’s a bit over six years after the Yakutia 757 freighter’s door opened in mid-flight, we do have some more information about this event. The crew reported a ‘chaotic flashing’ of the cargo door light, signalling that the door was opening. The aircraft then depressurized. Investigators later found ice on the actuators for the cargo door locks. More ice and packed snow was found on proximity switches, relating to the same mechanism. 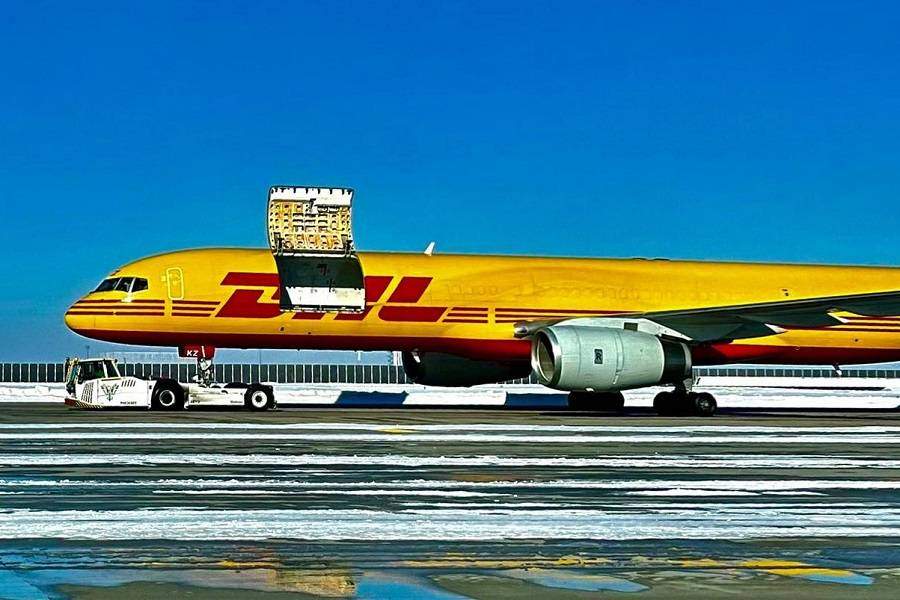 Recommendations And Fate Of The Russian Freighter

Rosaviatsia (the Russian accident investigators) made a number of recommendations relating to the incident. Among them was that freighter crews ensure that the door mechanism is clear of any contamination, before closing the door. And just as importantly, crews should monitor the door light and confirm it is off, after closing. This indicates that there is no power in the door mechanism.

In both cases, there were no injuries. And both incidents happened in winter. The Russian freighter was not carrying any cargo when its door opened. This was actually a positioning flight. Also, the previous flight had to divert into Magadan, because of a cabin pressurization issue. But we don’t know if the freighter’s door opening incident related to this previous problem. 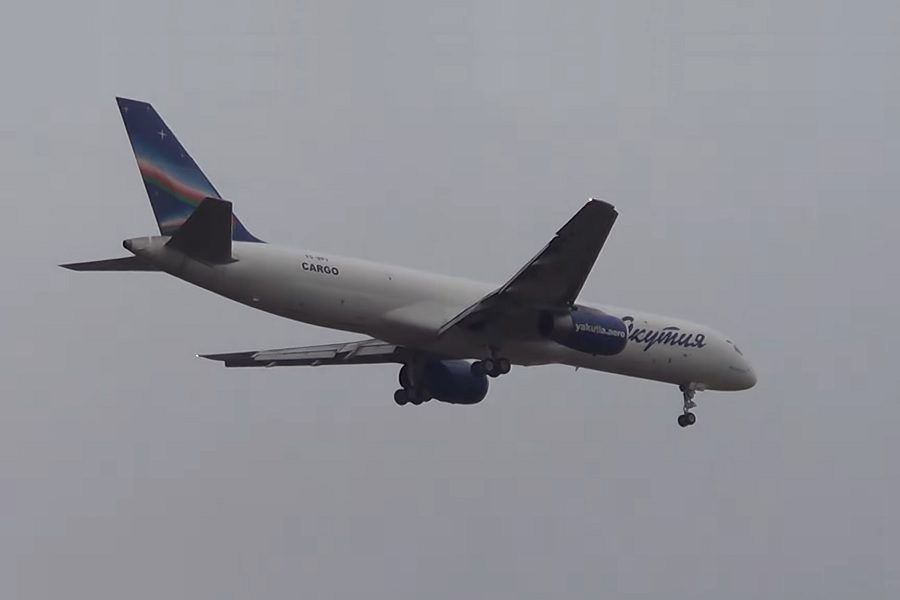 The Yakutia 757-200PCF aircraft, flying AFTER the incident

As Mentour explains in the related video, the likelihood for irreparable damage after such an event is very high. However, Yakutia’s 757 freighter returned to service after its door incident. It flew until April 2018, when Yakutia put it in storage. In November that year it got a new operator, still in Russia. Aviastar leased it from the same owner (Aircargo) but they too stored it, less than a year later.

So, could DHL’s freighter return to service, after its door incident? We will have to wait to find out. However, age is a factor here. These two jets are the same age. But DHL Air’s plane had its mishap now, aged 29 (almost). The Yakutia plane was only 23 years old when it had its incident. Also, that plane got its conversion a few years earlier. So, it very likely had fewer hours on its back, anyway. Freighters generally fly less than passenger aircraft.

Unless there’s a pandemic, obviously…