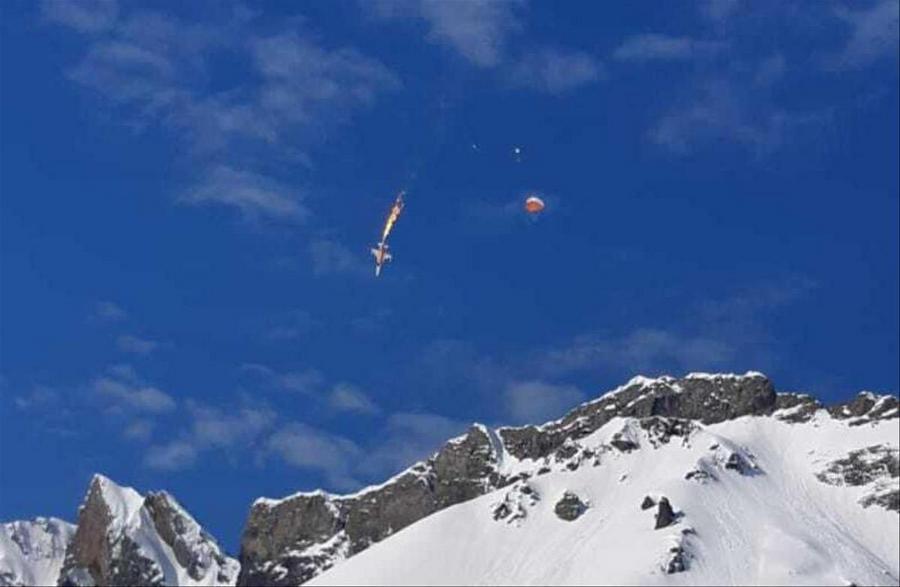 Images appear to show the Swiss Air Force pilot successfully ejecting from the aircraft. The F-5E single-seater ended its trajectory when it impacted the side of a mountain, inverted. There are no signs of a persistent fire after the crash. This is in spite of the fact that the aircraft was on fire moments after its pilot ejected!

Reports say the aircraft was on a training mission, as an aggressor against one or more Swiss Air Force F/A-18 fighter aircraft. According to the Swiss defence ministry, the fighter jet came down near Melchsee-Frutt in the central canton of Obwalden. There were no further details in the ministry’s tweet (above), beyond the information that the pilot is unharmed. 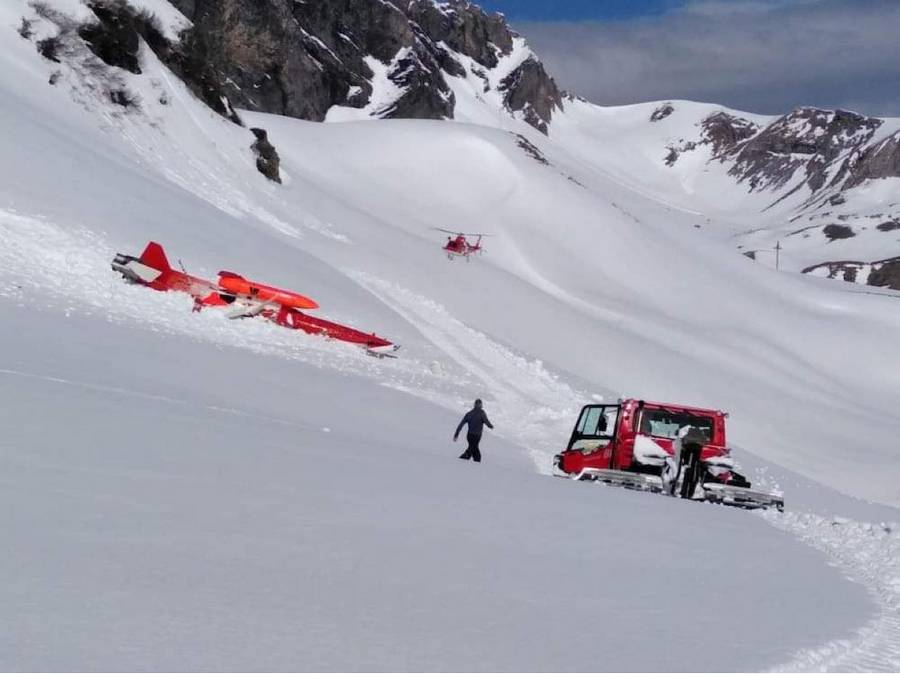 While the accident apparently happened during a training mission, this particular F-5E’s colours show that it had another role in the Swiss Air Force. Some reports identify it as tail number J-3089, serial L.1089. The airframe has indeed been in use with the “Patrouille Suisse”, the Swiss Air Force’s display team. The aircraft is newer than some others in the fleet, having been delivered in 1984.

The F-5E in the Swiss Air Force

The Swiss Air Force has been trying to replace their now-old F-5E/F fleet for some time. Several years ago they took the decision to purchase the Swedish JAS-39 Gripen. But despite the signing of the relevant contract, a national referendum overturned this decision. Such referendums over important national matters are commonplace in Switzerland. 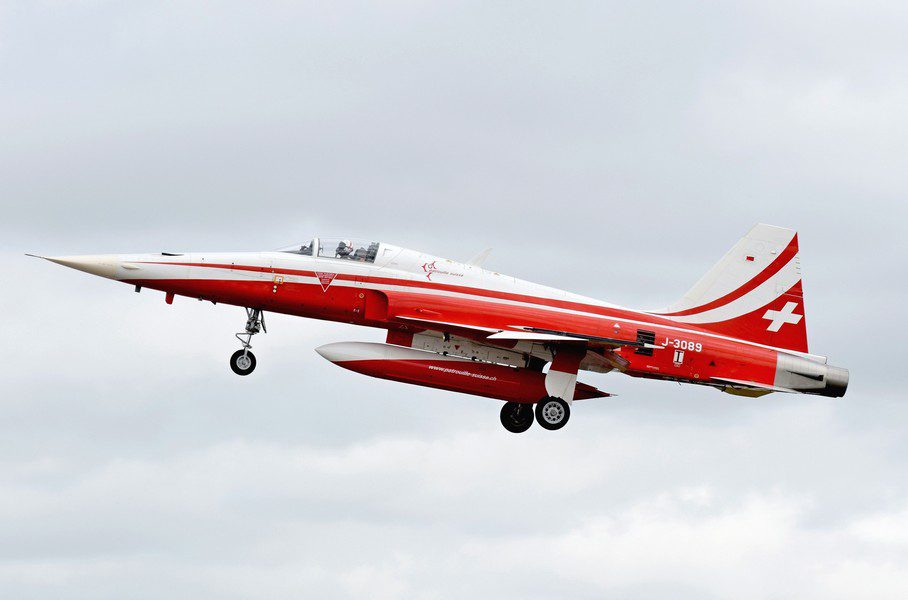 A new decision on a replacement for the F-5Es should come this June. This follows another referendum, this time approving the purchase of a new fighter jet! A new type is becoming urgent for the Swiss Air Force. The 28 or so F-5Es it still uses are among the newest of the total of 110 it’s had over the years. They got delivery of the type from 1978 until 1985. In Switzerland, their pilots are primarily reservists, with career pilots flying the newer F/A-18 Hornets.

Despite its age, the Northrop F-5E/F ‘Tiger II’ still has many users around the world, beyond the Swiss Air Force. A number of military forces use the twin-engined jet, which has made a name for itself as a reliable workhorse. It is also a common choice as an aggressor, including in the United States. 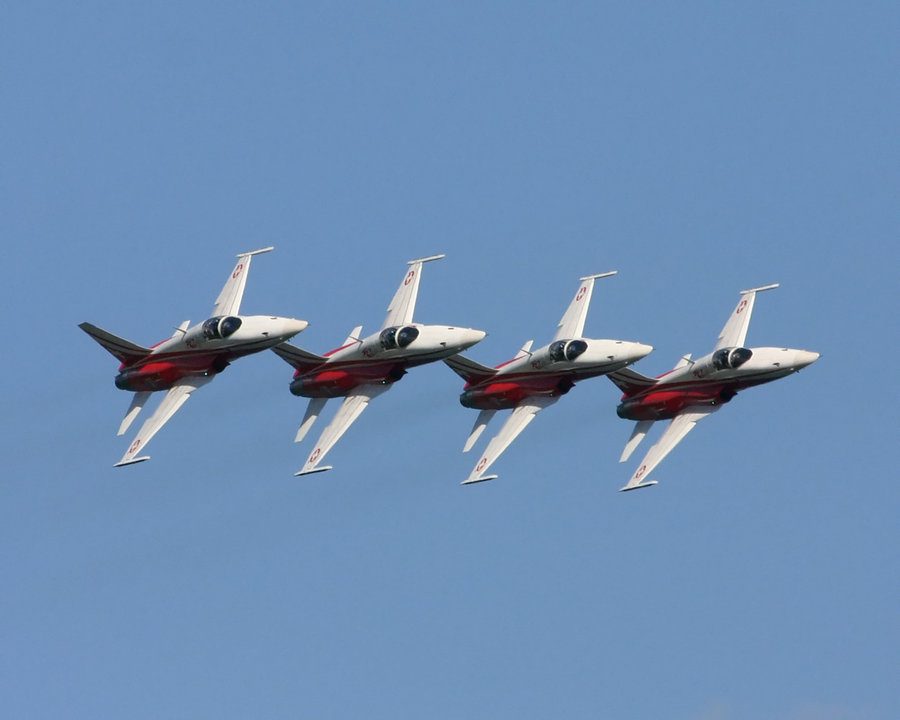 “Formation Shadow” of the Patrouille Suisse

There are many spares even today for the plane’s engines (GE J85), versions of which featured in many military jets. One version of this engine even saw use in some business jets. This parts supply has made the F-5 relatively cheap to run, partly explaining its popularity. The fighter was a development of the equally popular T-38 Talon trainer, which the US Air Force still uses today.