Supersonic Jets In The Swamp? The Everglades Jetport

Why is there a long runway in a gigantic parcel of land in the middle of the Florida Everglades? And why is it still active?

In general, airports exist to serve communities. Not necessarily big ones, mind you. Smaller communities obviously call for more basic facilities. Military airports are the exception, as their location has other priorities. But in the Florida Everglades, there is an airport that doesn’t serve any community, and doesn’t belong to the military. It is not close to a town, nor any kind of remote weather or other station. And it’s not somebody’s private airstrip for weekend fishing trips, either.

This is now the Dade-Collier Training and Transition Airport, or KTNT by ICAO – or the somewhat ominous ‘TNT’, by IATA. This isn’t a random airstrip in the Everglades. It has an asphalt runway that is 10,499 feet (3,200m) long and 150 feet (46m) wide and a full-length parallel taxiway. But it has no tower, and only a couple of outbuildings and parking areas. For cars. There is no aircraft parking! 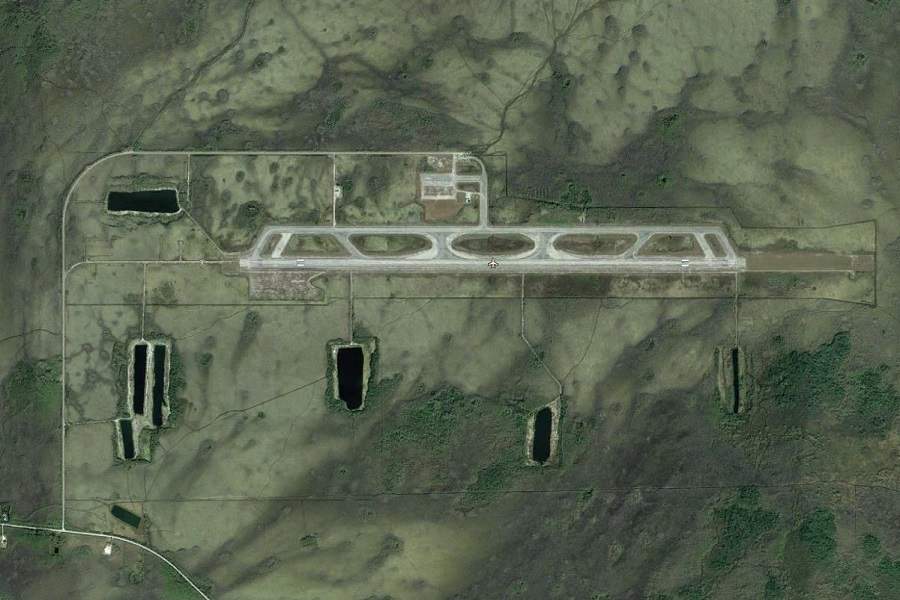 The overall size of the site is much bigger than what the present airport uses. All-in, it is 26,000 acres (105 km²). This is eight times the area of Miami International Airport, and over six times that of JFK! That is because originally this place would have had a total of six runways, multiple terminals and other facilities. It would also have substantial road and high-speed rail links to the east and west coasts of Florida. This would have been the Everglades Jetport.

It was meant to be the airport of the future, a home for the up-and-coming supersonic passenger jet age. Construction of the Everglades Jetport began in 1968. This gave it time to be ready for the arrival of Concorde, AND the bigger American supersonic transports (SSTs). In 1964, the FAA estimated that by 1990, there would be at least 500 SSTs flying! 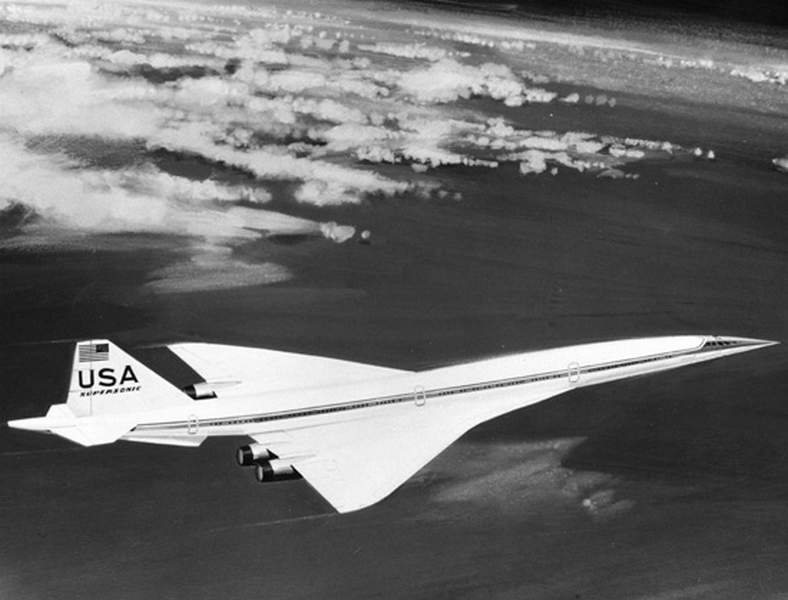 Early iteration of the Boeing SST

Boeing won the contract for the American SST in 1967, from Lockheed and North American (maker of the B-70). This was the year that Seattle got its first basketball team, the Seattle Supersonics (or Sonics), named after Boeing’s new contract! This is how important the matter was to Boeing and the industry in general. So creating airport hubs for these soon-to-be wonders of the age, made perfect sense! The Florida Everglades also made sense as one of these hubs.

This had to do with noise. It soon became clear that supersonic aircraft would not be able to fly in high speeds over land. They also made a lot of noise on take off and even landing. So an airport somewhere near the east coast, in an otherwise uninhabited area, made a lot of sense. The Everglades match that description rather well, so they were a natural choice. There were plans for more such airports around the country, but Florida was keen to get a head-start, as the nation’s supersonic hub! 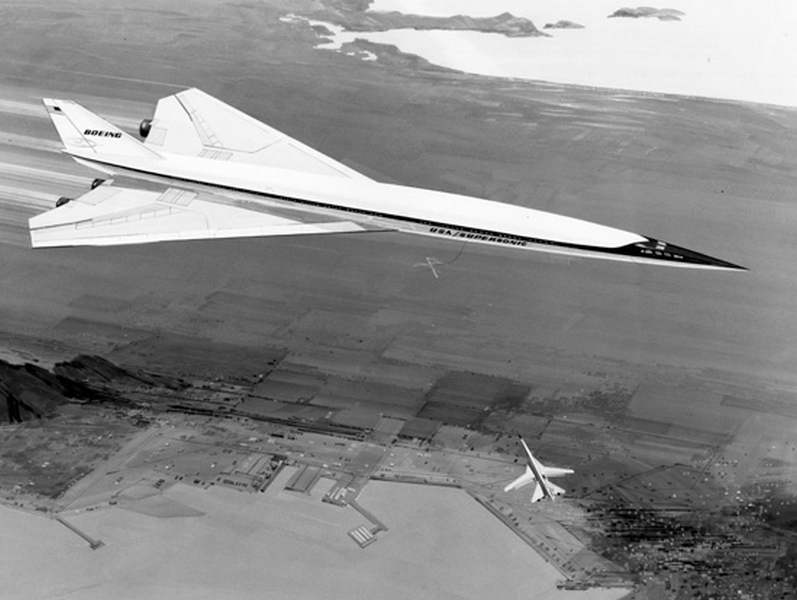 It wasn’t to be. By 1968, objections to supersonic aircraft were multiplying rapidly. These were in environmental and noise pollution grounds. Support for the SST program soon faded. Its funding eventually disappeared, and Boeing would eventually cancel it in 1971. And well before that, there were objections to the Everglades Jetport itself. The site was right next to the Everglades National Park, and many argued the airport would hurt its ecosystem.

Florida authorities pressed on, but with support on the SST waning, construction stopped in 1970. Later efforts to restart work also met resistance and failed. Some debate whether the project ended due to objections to the airport or to SSTs, but it’s academic. Concorde would actually fly to Florida eventually, but it didn’t grace the Everglades. British Airways flew it from London to Miami, stopping at Dulles in Washington DC, between 1984 and 1991.

Seen on its own, the Everglades Jetport is an extravagant, grandiose project that came to a dead end. However there was a time when NOT going ahead with it, or something else like it, would be almost irresponsible. Supersonic travel was unquestionably (?) the future, and those not acting accordingly would condemn themselves to obscurity! 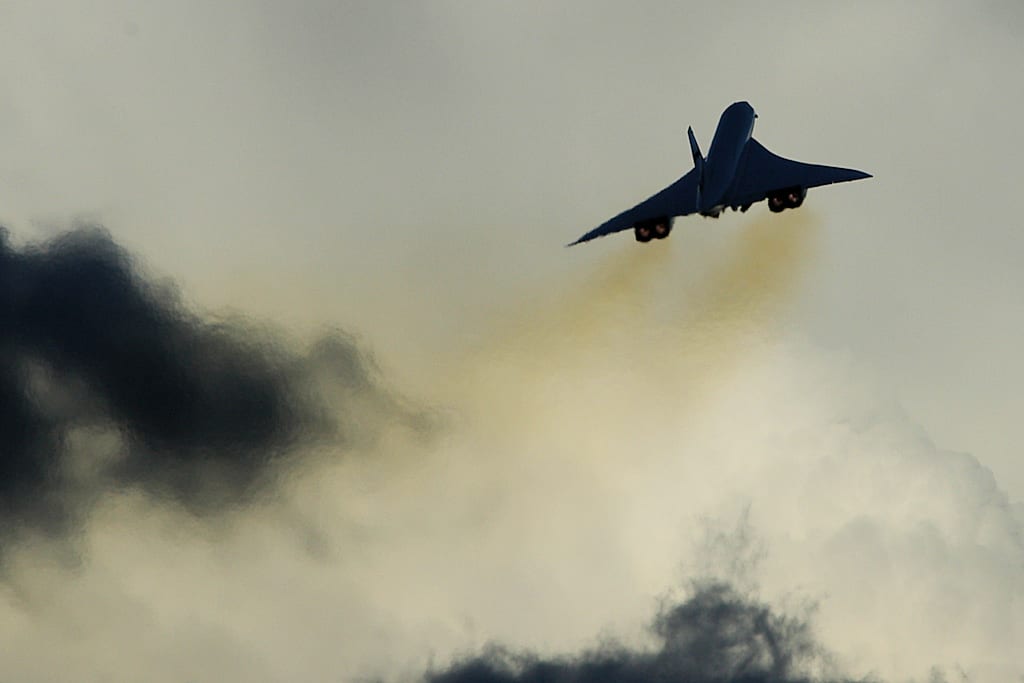 New Airline Visitors In The Everglades

But curiously, despite the Everglades Jetport being such an intriguing “what if” site from the late 60s, it’s not derelict. It doesn’t have cracked taxiways and dilapidated buildings – not that it has many buildings. What it does have is a runway set up for ILS approaches! A rather odd feature, for an airport that never welcomed a commercial flight, or see dedicated military use. There can’t be many airports worldwide with ILS installations but no means to refuel a plane!

It never hosted any supersonic aircraft, but this lonely place in the Everglades got to see many airliners. Repeatedly. The facility was (and still is) capable of serving a very important training role – hence its current name. For decades, airlines used it to practice approaches and transition training. The remote location meant that jets could stay around the pattern all day long, not bothering anyone.

In those days most airlines had turbojets, so noise was unwelcome. Pan Am and Eastern Airlines used it for training, taking advantage of its long and wide runway, for aircraft up to and including the 747! Alas, in more recent years simulators reduced the need for such training facilities. The Dade-Collier Training and Transition Airport in the Everglades now serves GA aircraft, but still only in a training/practice role. 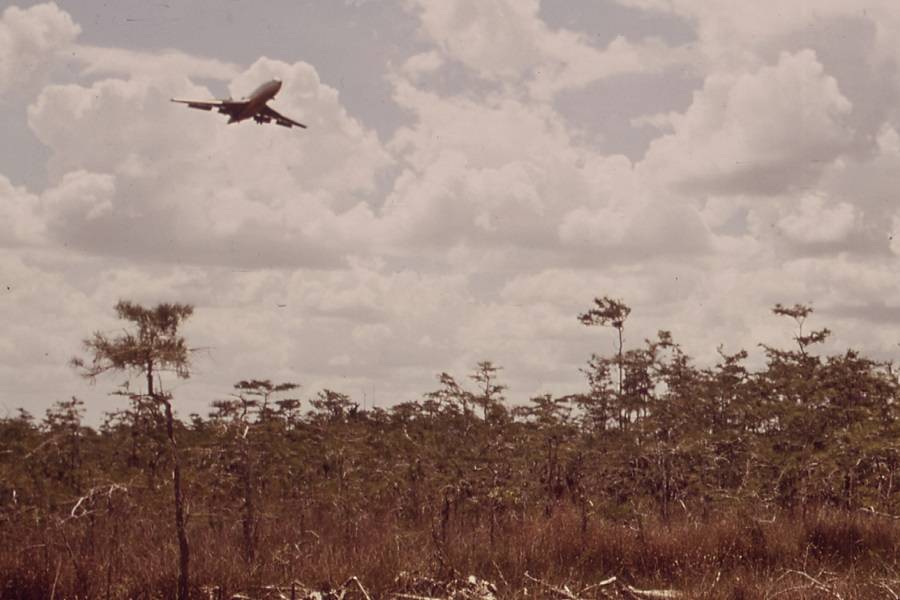 Some have the impression that the site is now abandoned. On the contrary, the facility is currently equipped for RNAV GPS and ILS approaches. Even without regular airline training, it sees around 175,500 annual operations. Authorities upgraded the Everglades runway with newer lighting and other enhancements in 1992, with later work on its taxiways. It’s currently working on a limited schedule, due to restrictions, from 8am to 5:30pm. Ordinarily it would be 7am until midnight.

There are some old projects that we see today, which don’t appear to make sense, without some context. The Everglades Jetport is definitely one of them. This site has a unique history and is a rare window into a bygone era. And to a bright future, that never came.